NEWS WATCH: Spider-Woman Will Have the Fight of Her Life on her Hands in SPIDER-WOMAN #13 this July!

This July SPIDER-WOMAN gets even more intense as Jessica has to face a slew of Marvel’s most menacing mercenaries including the deadly LADY BULLSEYE who are after something Jessica has in your first exclusive look at the solicit and  SPIDER-WOMAN #13 cover by  JUNGGEUN  YOON!!

Series writer Karla Pacheco  had this to say about July’s issue of this action packed series:

“From the beginning of our run on Spider-Woman, the most common “complaint” Pere and I have encountered is something along the lines of: “Wow, this is a truly amazing comic with incredible, inventive action, and the best dialogue ever — but hey, could you guys maybe…slow it down a little?”

In response to this, we have given Lady Bullseye a jet pack.

Also there are monster trucks and a horse, and some of Pere’s best fight scenes to date (which is saying A LOT), but mainly that whole “we have given Lady Bullseye a jet pack” thing.”

(Ed’s Note: I mean everything is always cooler with a jet pack ammirite??!)

The official solicitation as per Marvel reads as follows:

A who’s who of Marvel Mercenaries want something that Jess has (and NEEDS), so Jess has to fight Lady Bullseye and more to secure this treasured possession.

This fight will take Jess across NYC in the most intense, issue-long action sequence you’ve ever read! 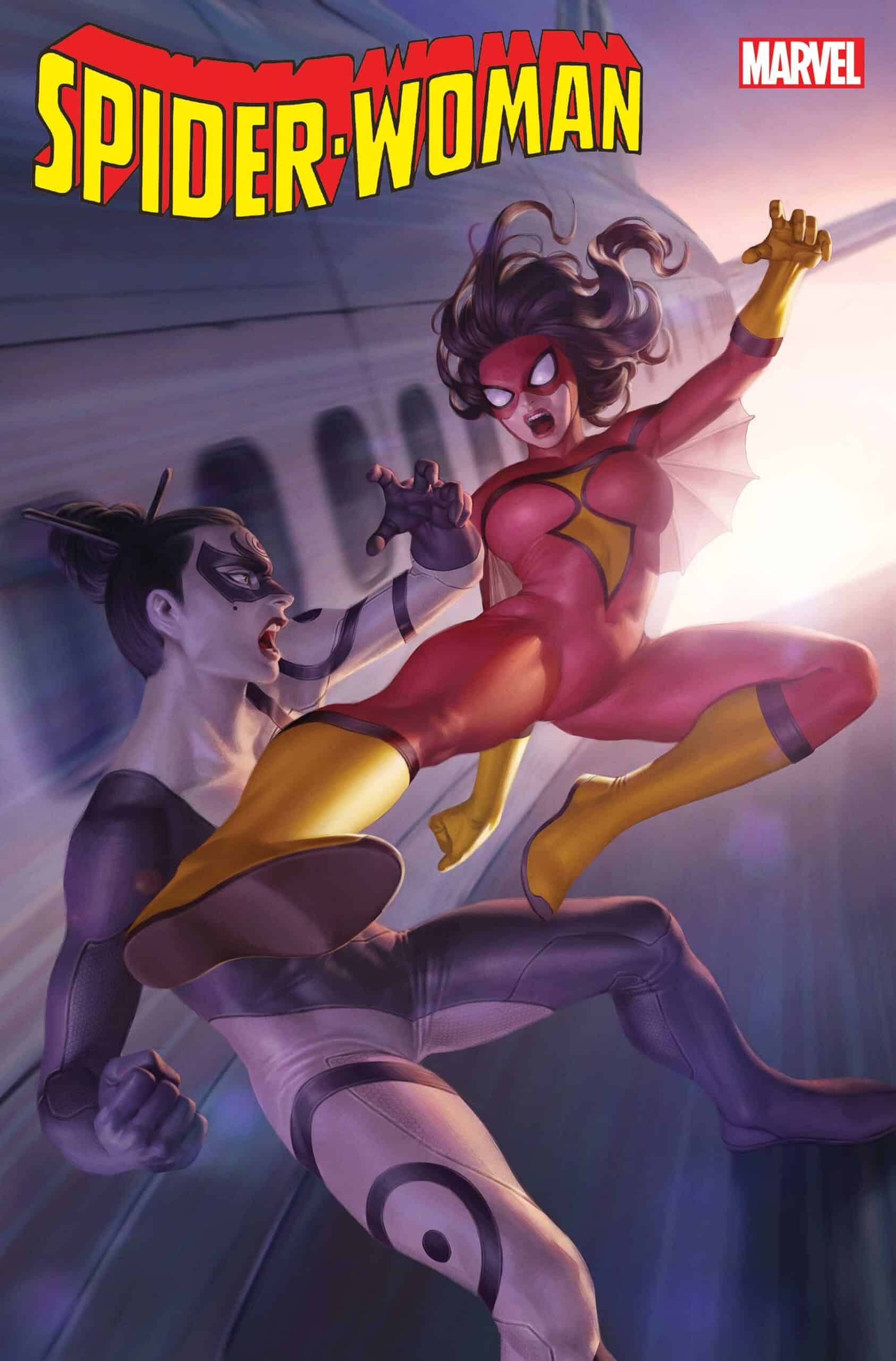 THE MOST ACTION-PACKED SPIDER-WOMAN ISSUE YET!

Don’t forget to check out our review coverage of this awesome series as well! You can read our review of the most recent issue HERE and the very first issue of the series RIGHT HERE

NEWS WATCH: Spider-Woman Will Have the Fight of Her Life on her Hands in SPIDER-WOMAN #13 this July!