IDW, the proud home to Star Trek comic books and graphic novels since 2007, is set to explore strange new worlds beginning in February with Star Trek: Klingons, the first thrilling installment in a series of extra-long one-shots spotlighting the franchise’s many memorable alien species.

Writers Jackson Lanzing and Collin Kelly, two of the lead story architects on the critically acclaimed Star Trek: Year Five series, join the fan-favorite Timothy Green II (the artist of such sci-fi hits as Starlord, Annihilators, and Animal Man) to relate the legend of Kahless the Unforgettable, the greatest warrior of the Klingon Empire, from the death of his coward brother Morath to his victory at Three Turn Bridge.

In a press release from IDW, writer Jackson Lanzing said about the project:

“I was, in large part, raised by Star Trek… and no culture helped me come to terms with my masculinity, my anger, and my personal code of honor more than the Klingons. So when I tell you the only thing more exciting to me than taking the Enterprise crew on their final journey in Star Trek: Year Five is getting to show the man behind the myth of Kahless The Unforgettable, you can believe it.”

“The Klingon people provide a rich counterpoint to the Federation. They present a lifestyle that is loud and fearless, but also incredibly egalitarian and fair; no matter who you are, respect is earned, not given. We’ve been pitching this story since before we’d ever been hired to write Star Trek. We never in a million years thought it would be a story we actually got to bring to life. And with an artist of the caliber of Timothy Green II — whose detailed, beautiful work owes so much to the greats of Japanese tradition — this will be a saga worthy of Kahless.”

Following February’s tale of the legendary Klingon warrior Kahless, IDW will continue its tour of prominent species with Star Trek: Ferengi in April, featuring the Milky Way’s most cunning and avaricious aliens. These special one-shots will provide fans with new stories set within the “prime reality,” while IDW’s massive Star Trek: Mirror War event (comprising a miniseries of nine issues and several spin-off one-shots) delves into the lore of the Mirror Universe and its evil Enterprise crew.

Line editor Heather Antos.said the following about the Star Trek line of books:

“There is no Star Trek without the vast population of alien species calling the universe home, From Klingons to Ferengi, Vulcans to Trill and beyond, it’s so exciting to delve deep into what makes each of the species a unique addition to the world of Trek, Mirrorverse, or otherwise!” 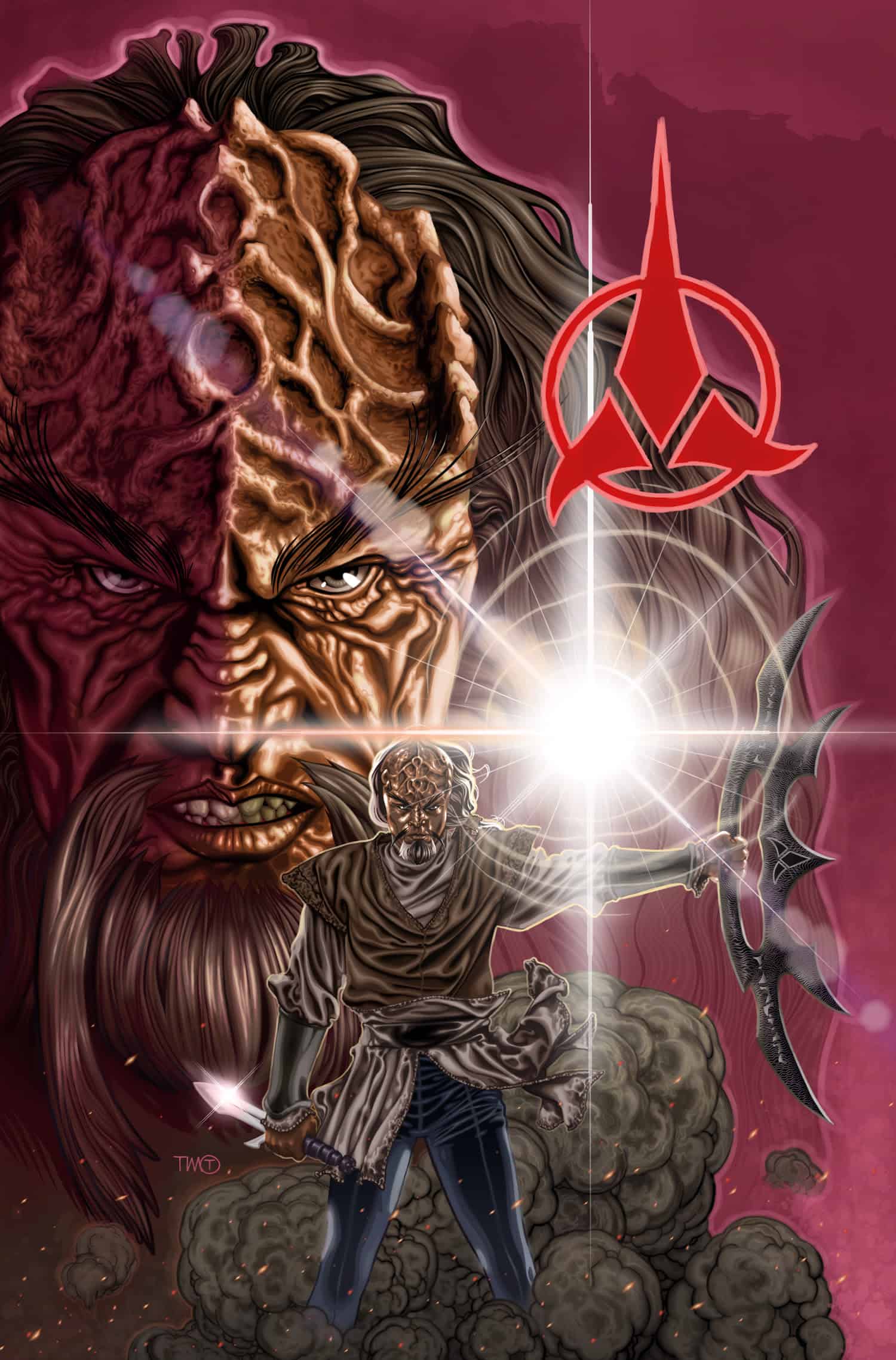 Star Trek: Klingons will be available with two cover variants for retailers and fans to enjoy, including Cover A by interior artist Timothy Green II and a Retailer Incentive edition by Alexandra Beguez.

For information on how to acquire Star Trek comics and graphic novels from IDW, please contact your local comic shop or visit www.comicshoplocator.com to find a store near you.