NEWS WATCH: Step Onto the Streets of Metropolis with Lois and Clark in a First Look at DC’s Superman ’78

You’ll believe a man can fly in Superman ’78 by writer Rob Venditti and artist Wilfredo Torres!

Beginning this fall, decades after Richard Donner and Christopher Reeve’s Superman: The Movie introduced generations of fans to a silver screen version of DC’s Man of Steel, DC returns to this beloved property to tell new stories set within this world with the publication of Superman ’78 by writer Rob Venditti (Hawkman) and artist Wilfredo Torres (Batman ’66)! 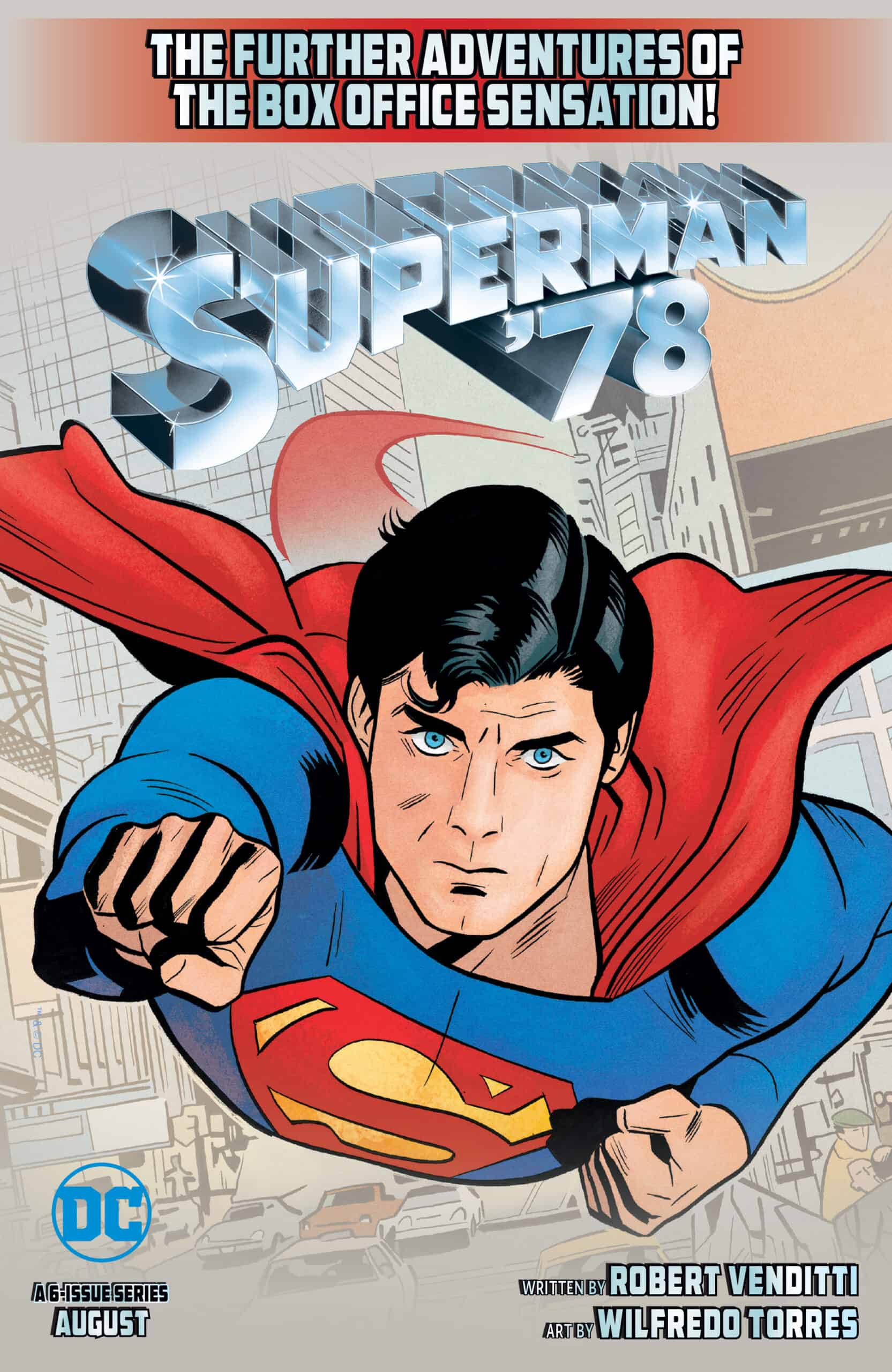 “There’s no fictional character that I love more than SUPERMAN,” says Torres, “and of all the many interpretations of the big guy in Comics, Animation, TV and Film, the Christopher Reeve/Richard Donner version is the one I love the most. Working on this project is very literally a childhood dream come true.”

“My earliest memory interacting with the DC universe is seeing Christopher Reeve fly across the screen,” says Venditti. “While others might say that the John Byrne era is their Superman, or the Dan Jurgens era is their Superman, Reeve is mine. Superman is and has always been my favorite superhero, but Superman ’78 is a project I never dreamed of working on because it didn’t seem possible it could ever exist. This is the gig of a lifetime.”

In this first look preview, Superman ‘78 #1 begins with all the classic elements of Superman: The Movie on full display. Check it out, and then scroll through for more information about this new comic book series launching in print and digitally on August 24! 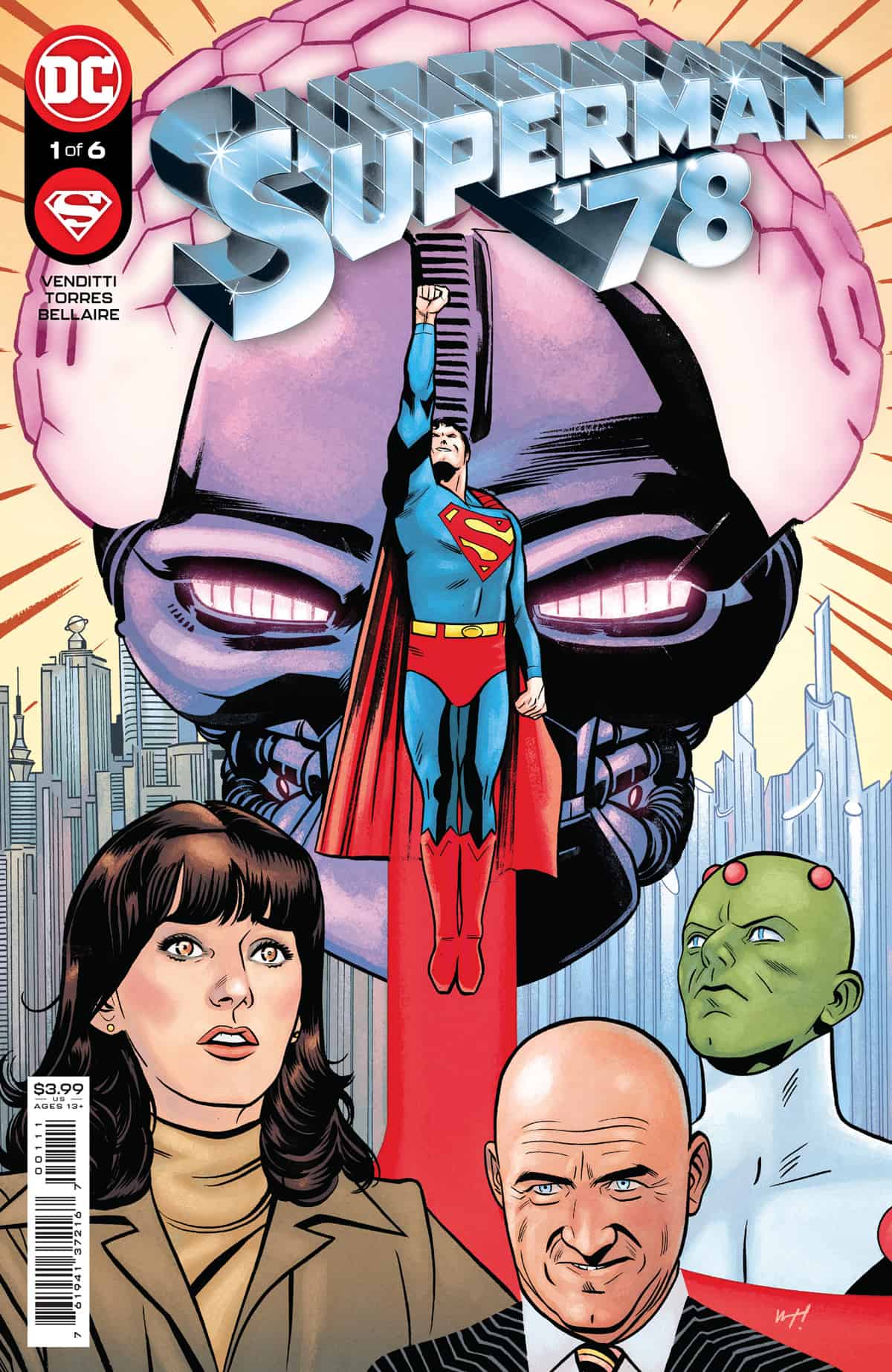 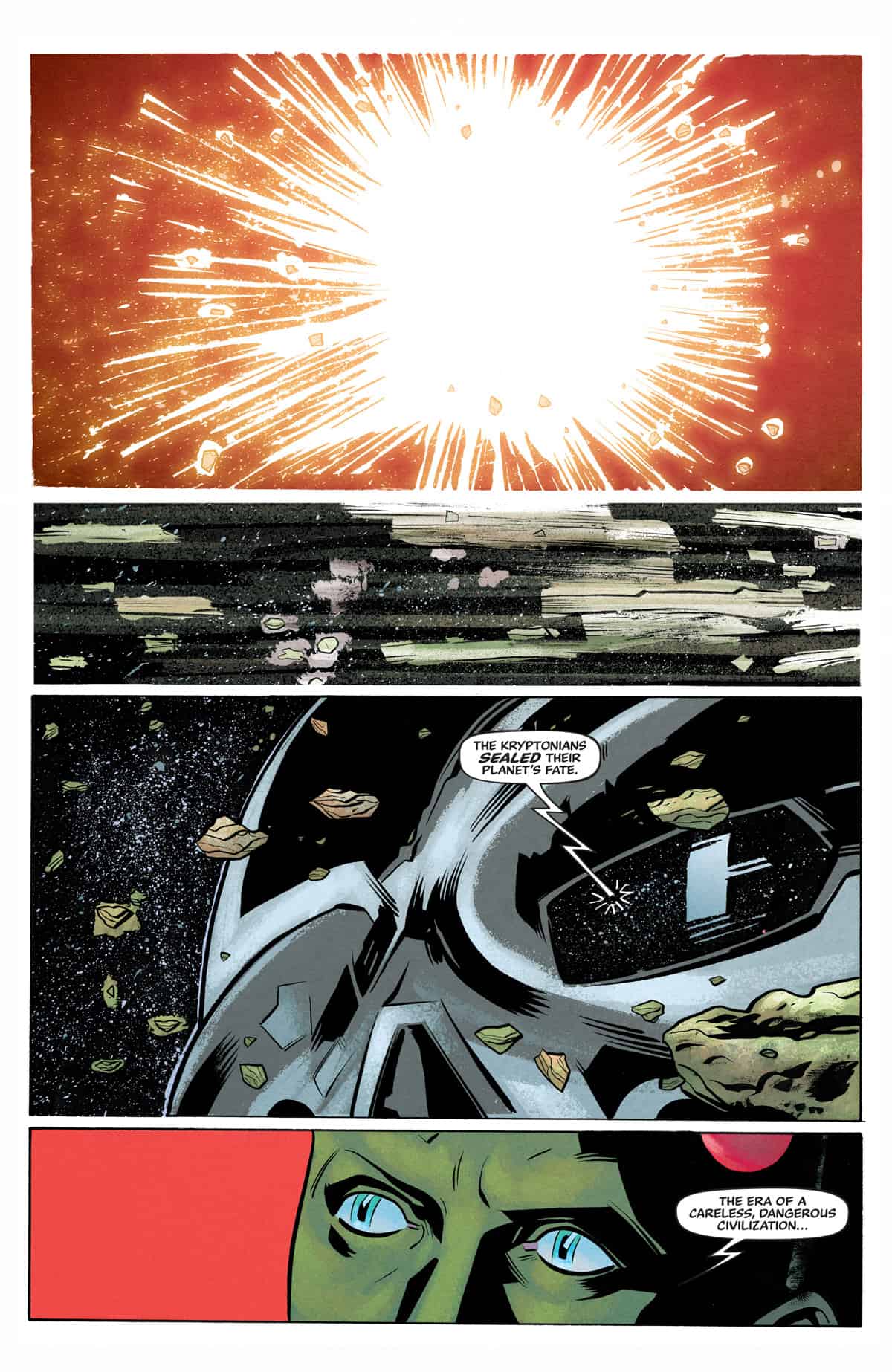 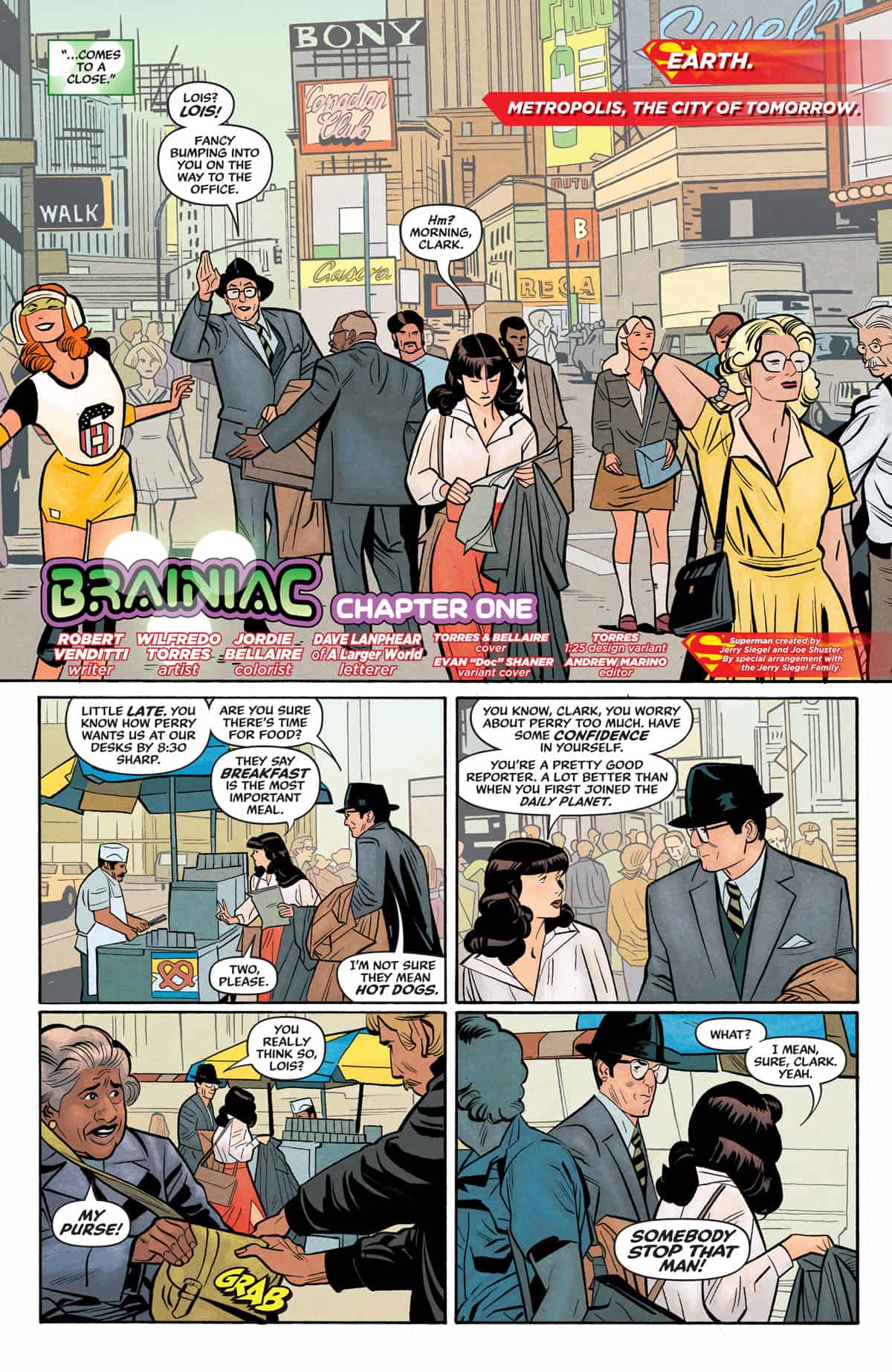 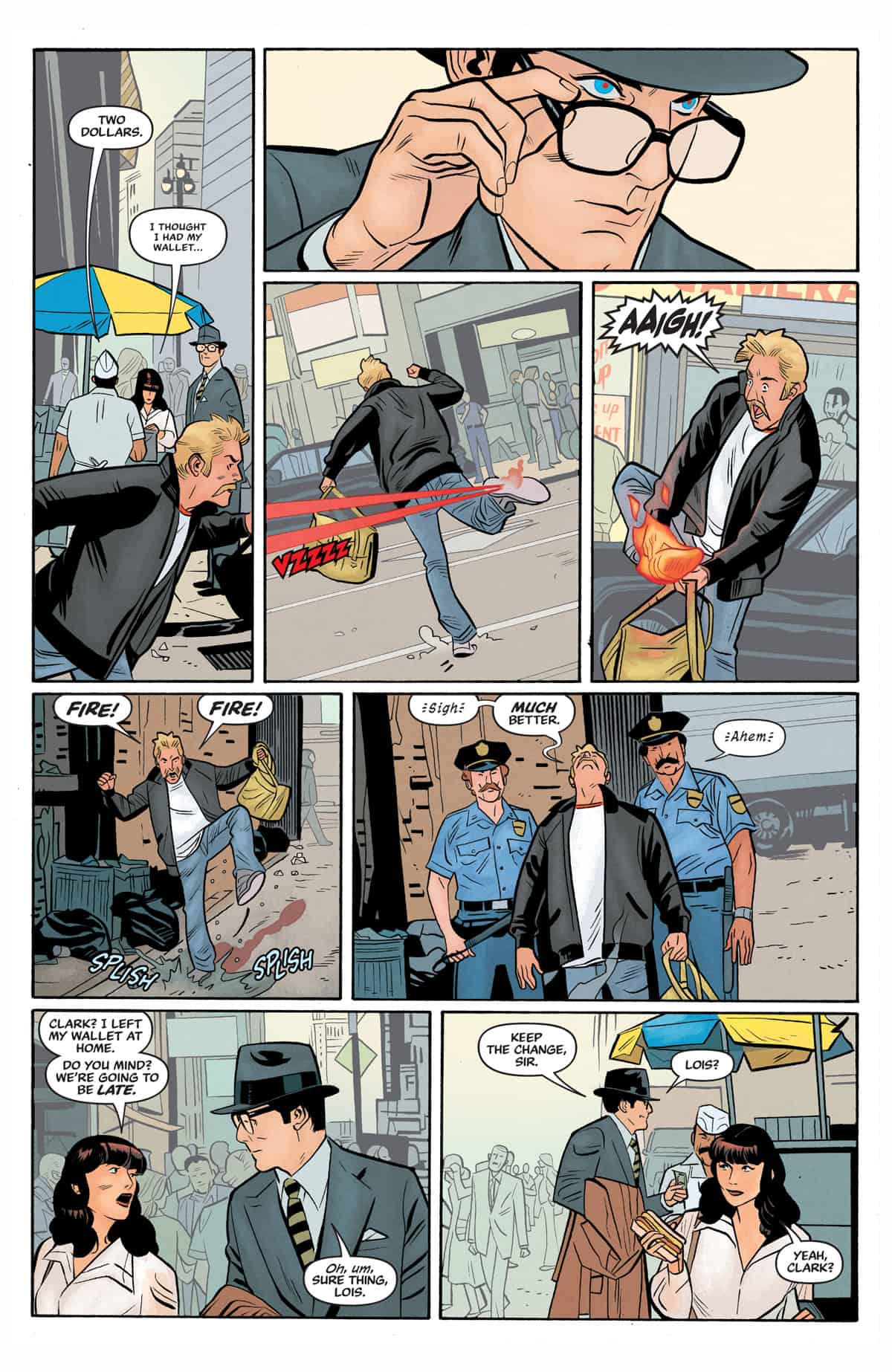 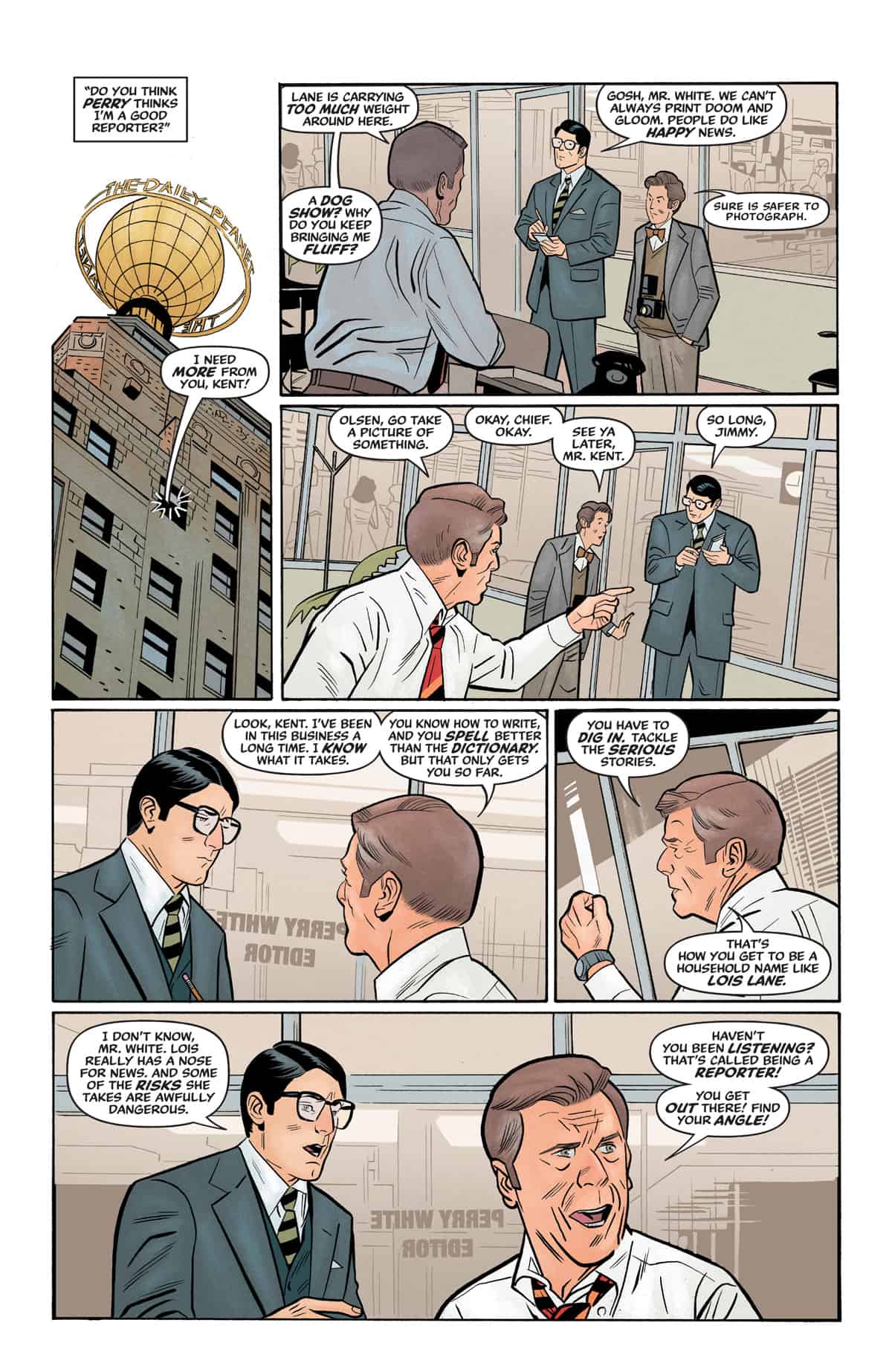 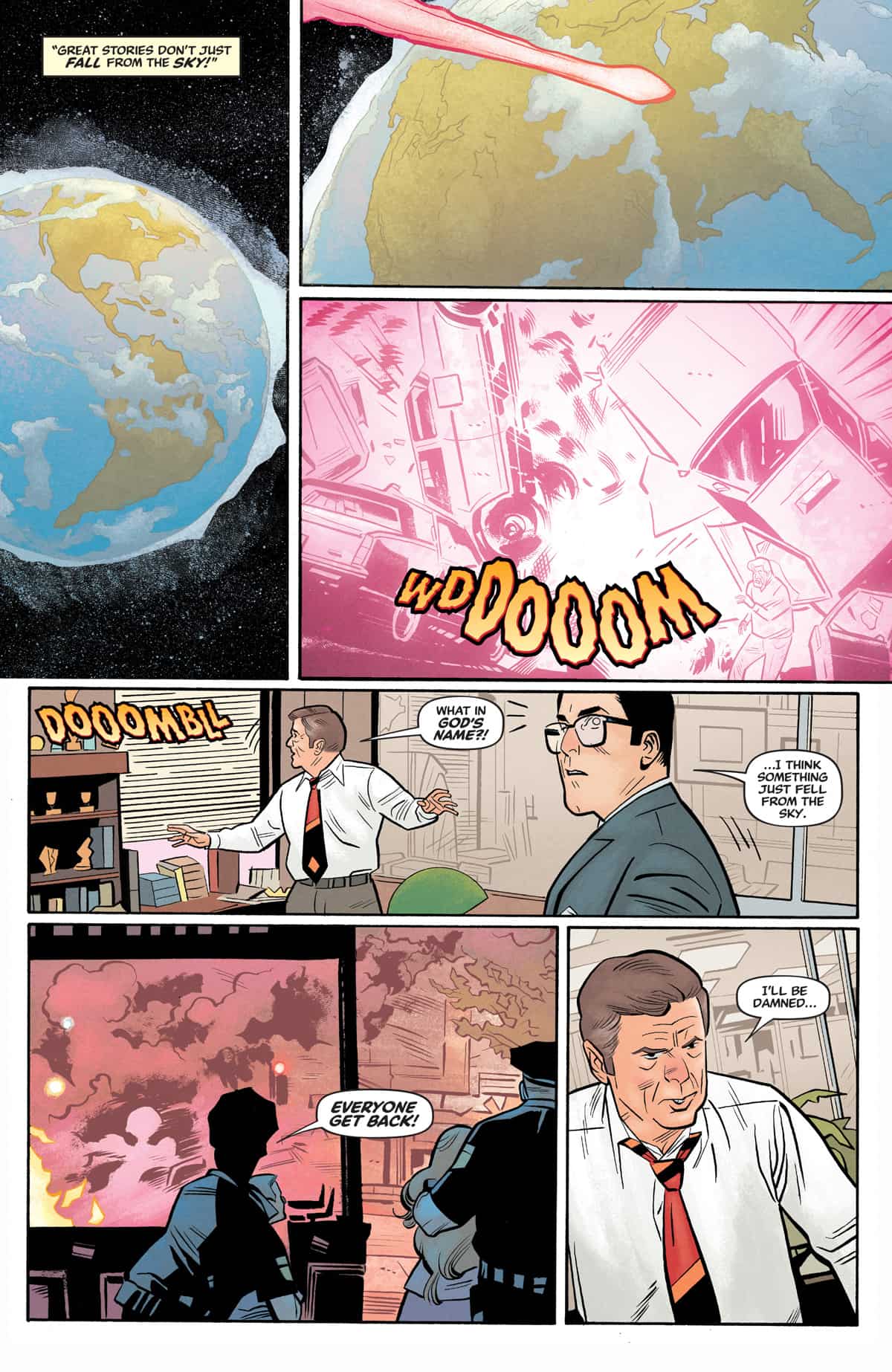 launching in print and digitally on August 24! 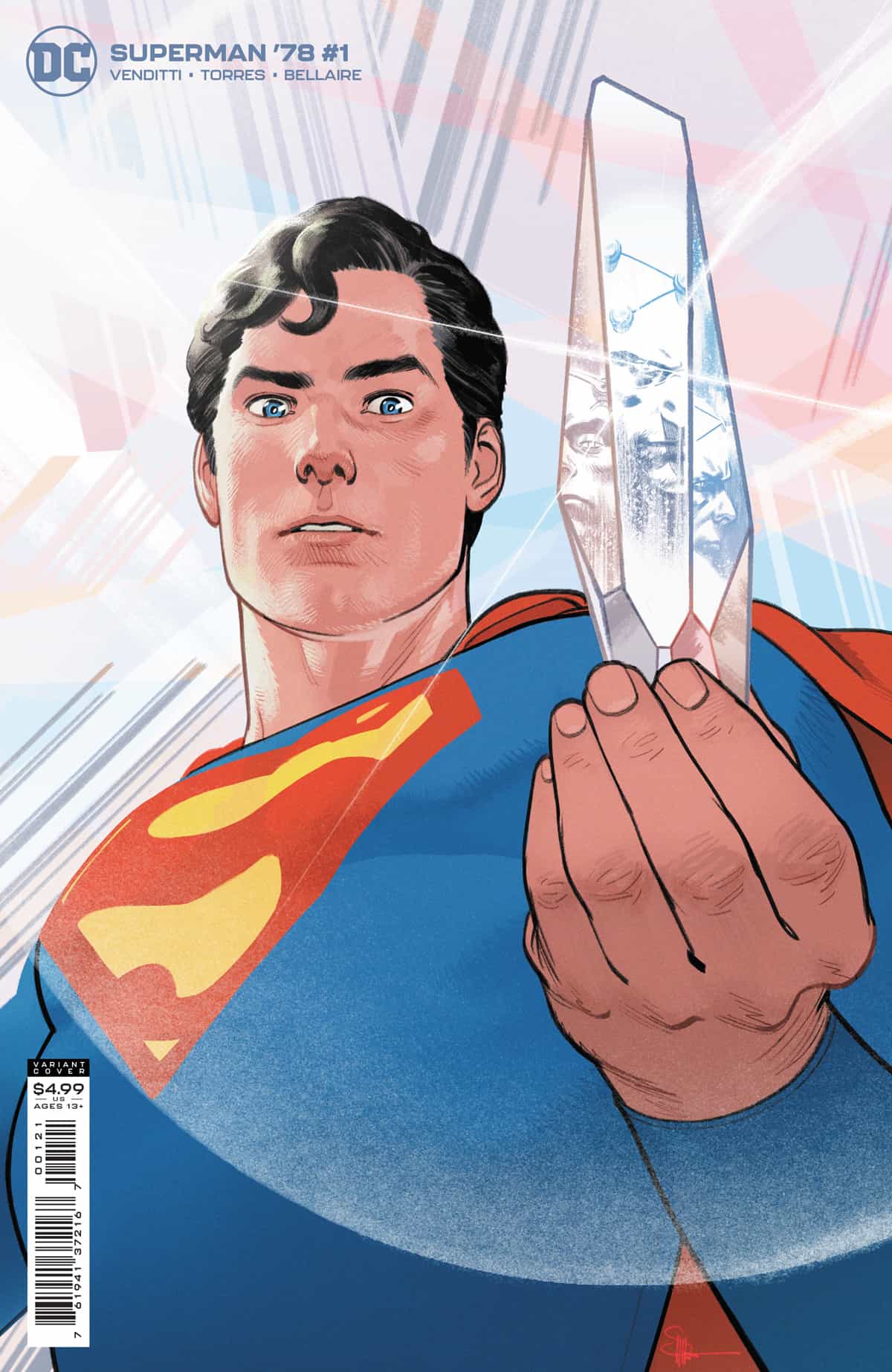 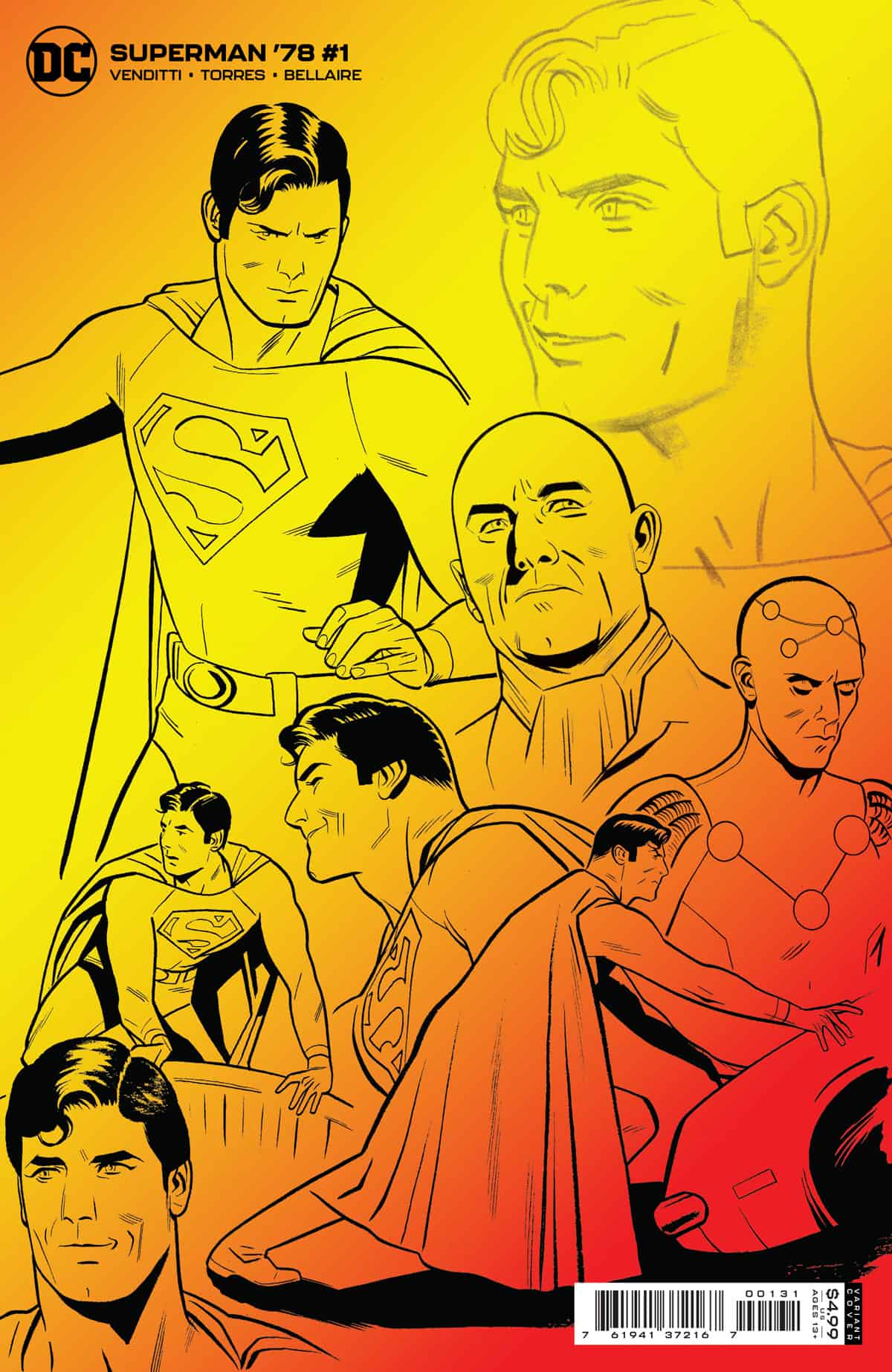 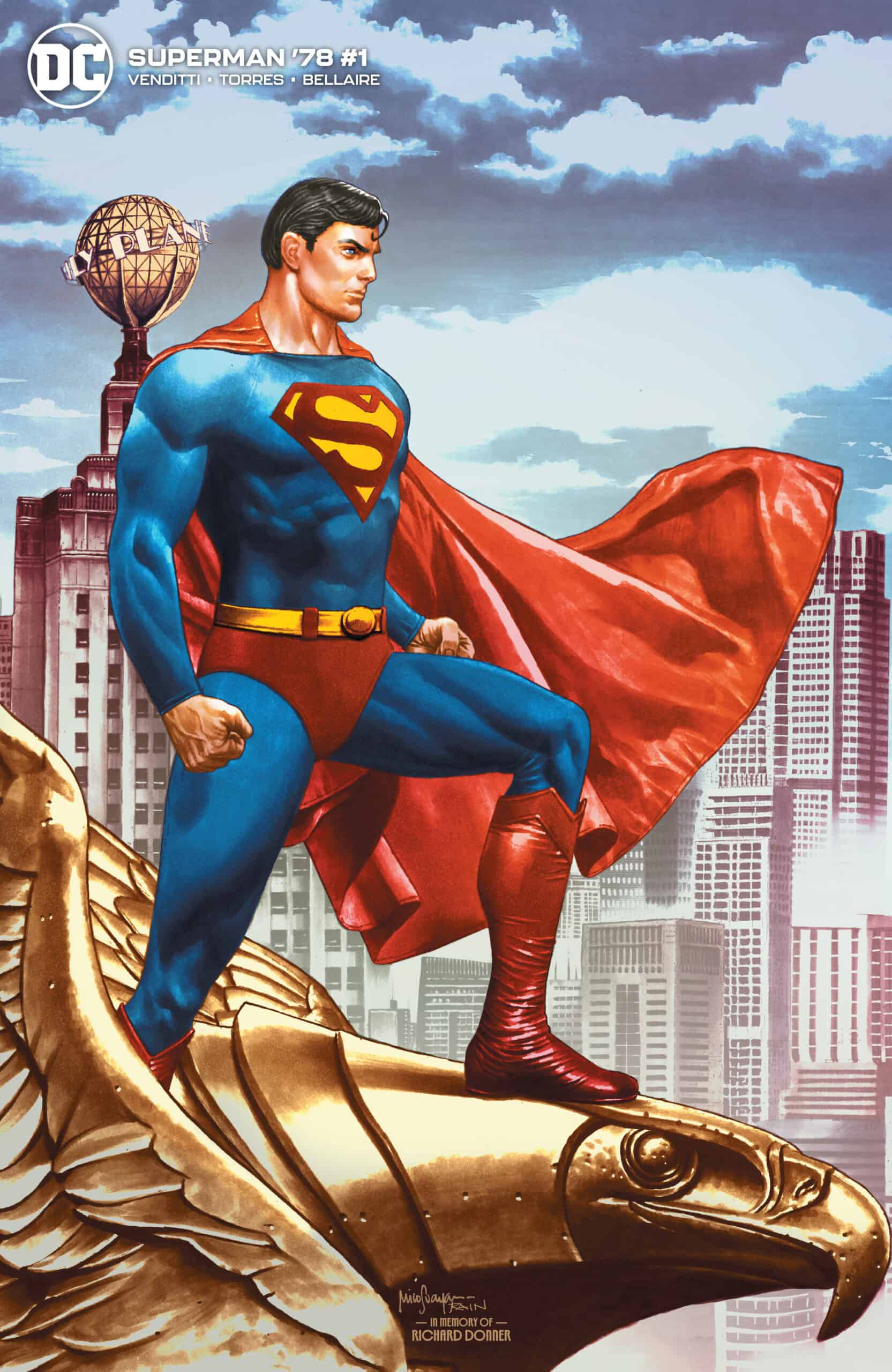 and these are coming up in the run: 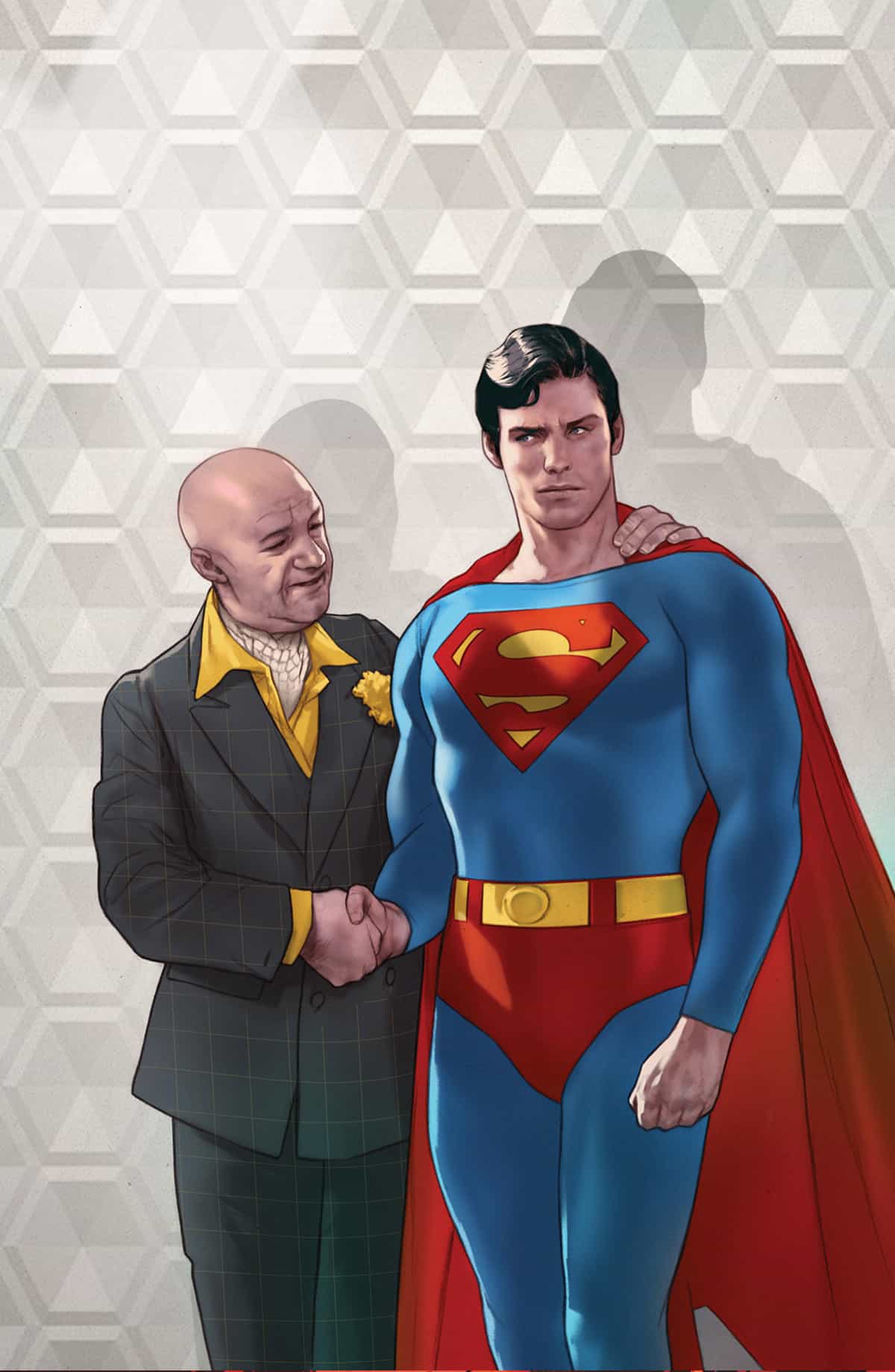 Superman ’78 #2, with a cover by Ben Oliver, arrives in comic shops on September 28 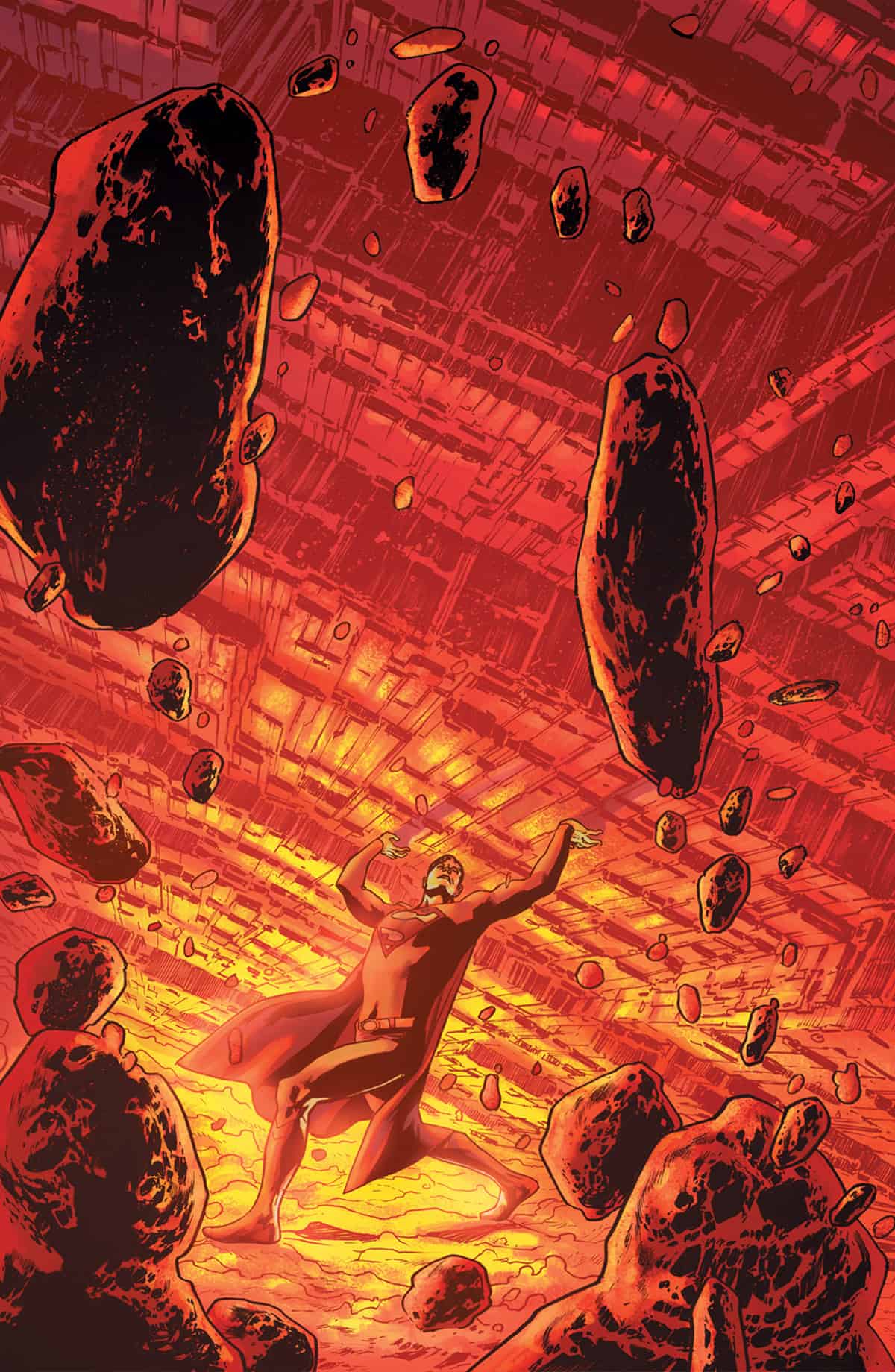 Superman ’78 #2, with a variant cover by Bryan Hitch, arrives in comic shops on September 28

After a battle with a rampaging robot, Superman enlists an unlikely ally to crack the code behind who sent it. He needs an intelligent technological genius, and that can only mean one person: Lex Luthor! 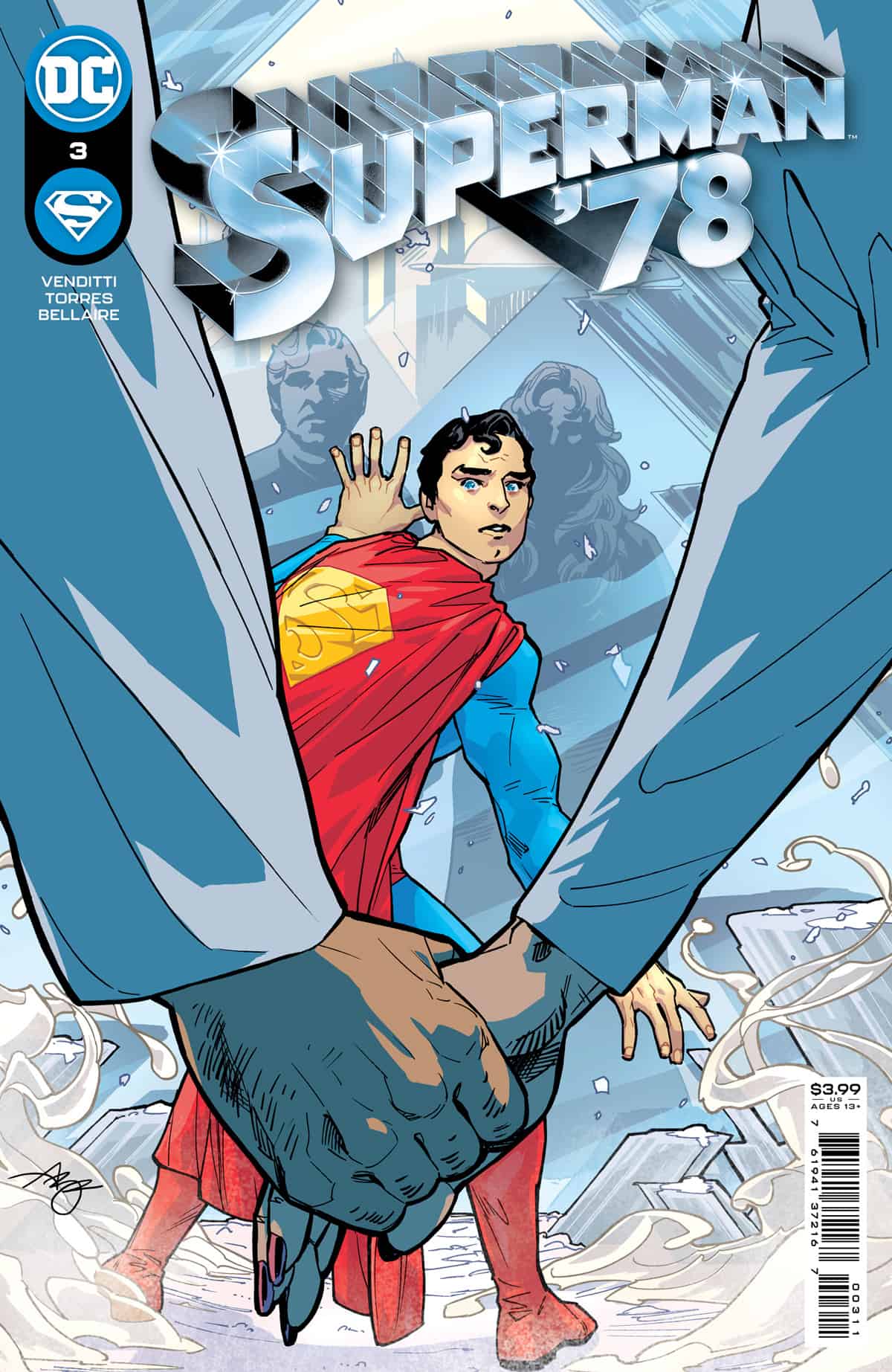 Superman ’78 #3, with a cover by Amy Reeder, arrives in comic shops on October 26 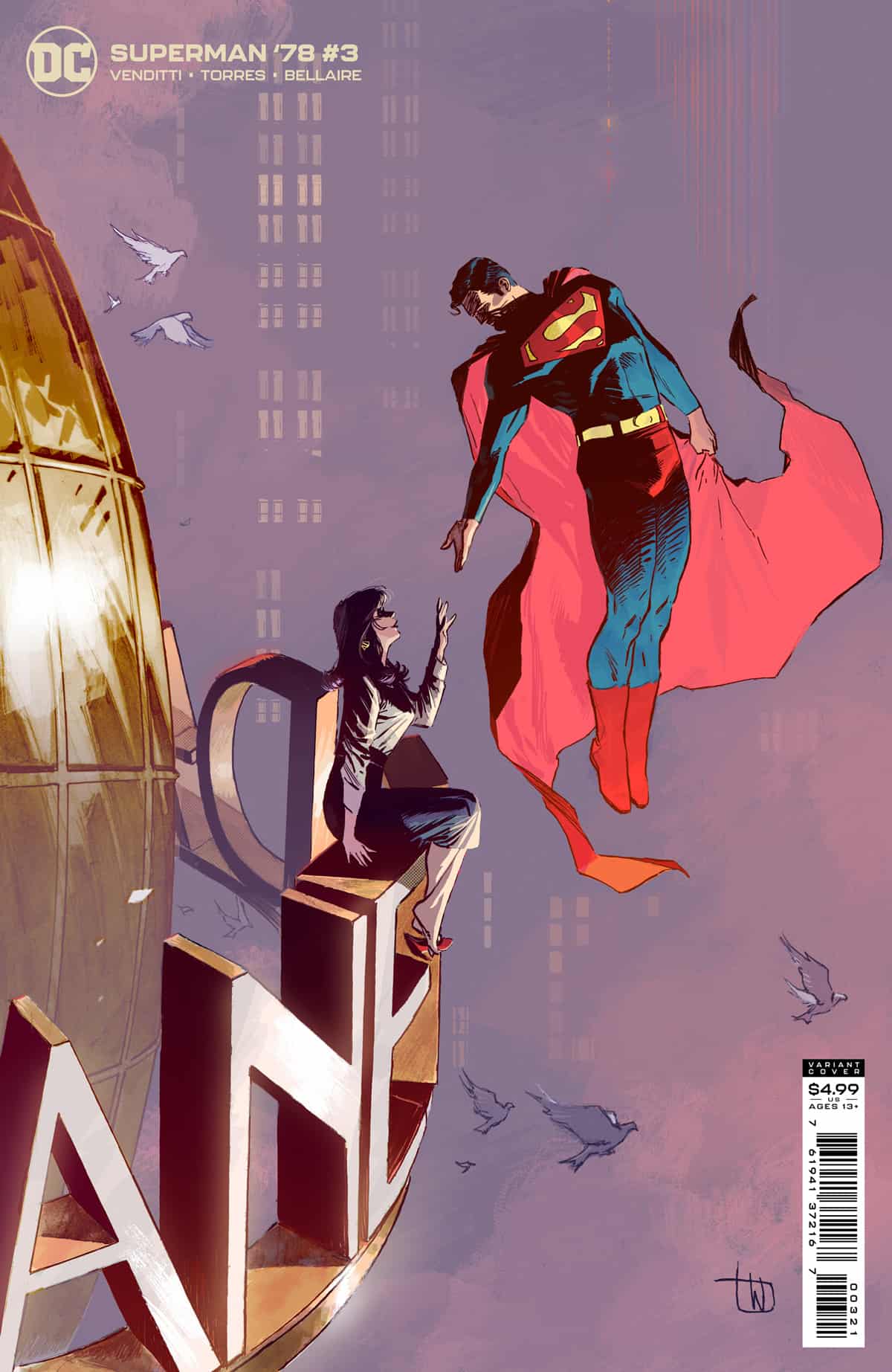 Superman ’78 #3, with a variant cover by Lee Weeks, arrives in comic shops on October 26

In order to save Metropolis, Superman must surrender to Brainiac or watch his city burn to the ground! After being taken aboard Brainiac’s ship, Superman finds a shocking piece of his past that changes his entire future! Meanwhile, Lois Lane gets a cryptic message from a mysterious source claiming to have a  way to save the Man of Steel! 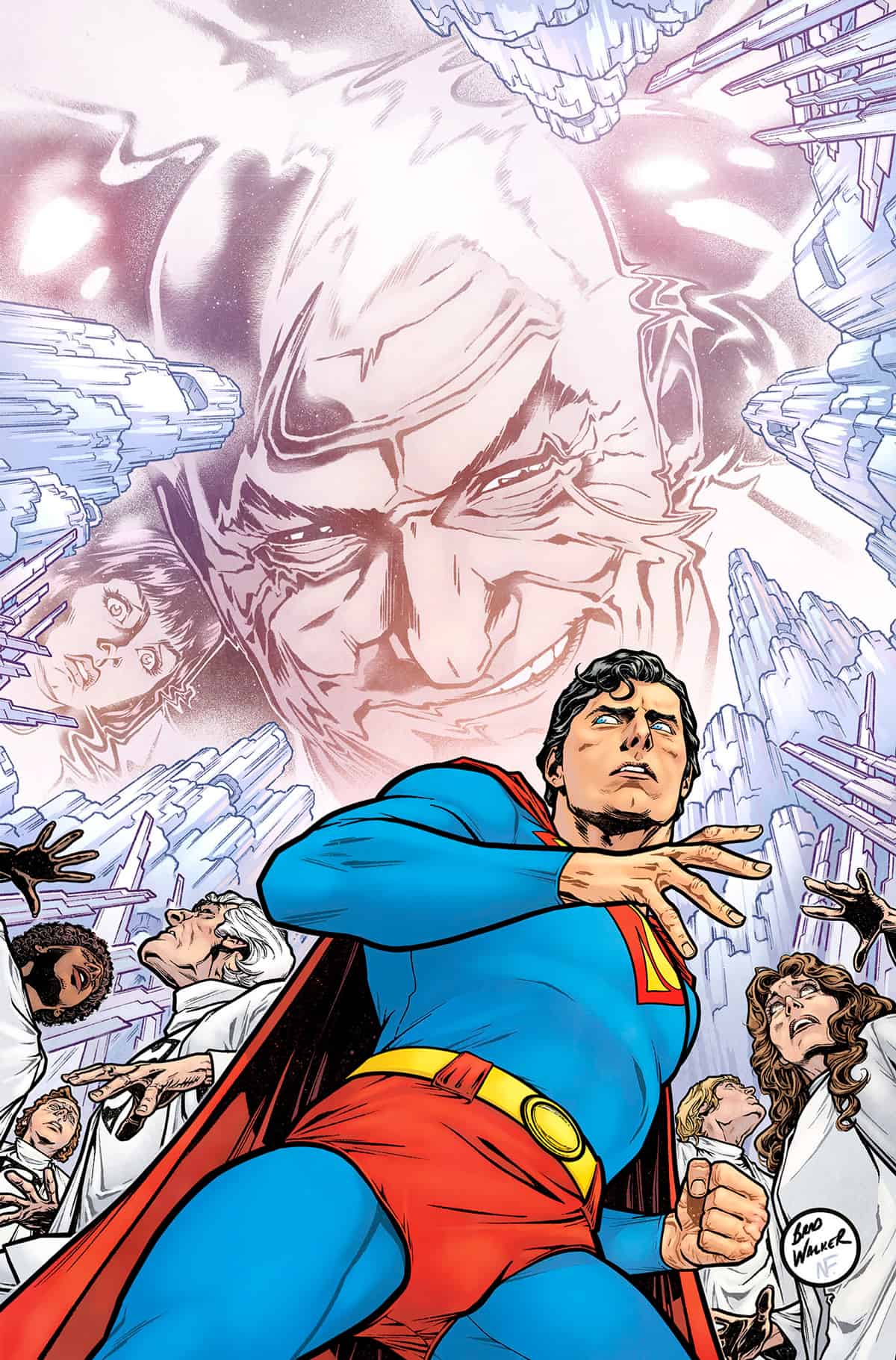 Superman ’78 #4, with a cover by Brad Walker and Nathan Fairbairn, arrives in comic shops on November 23 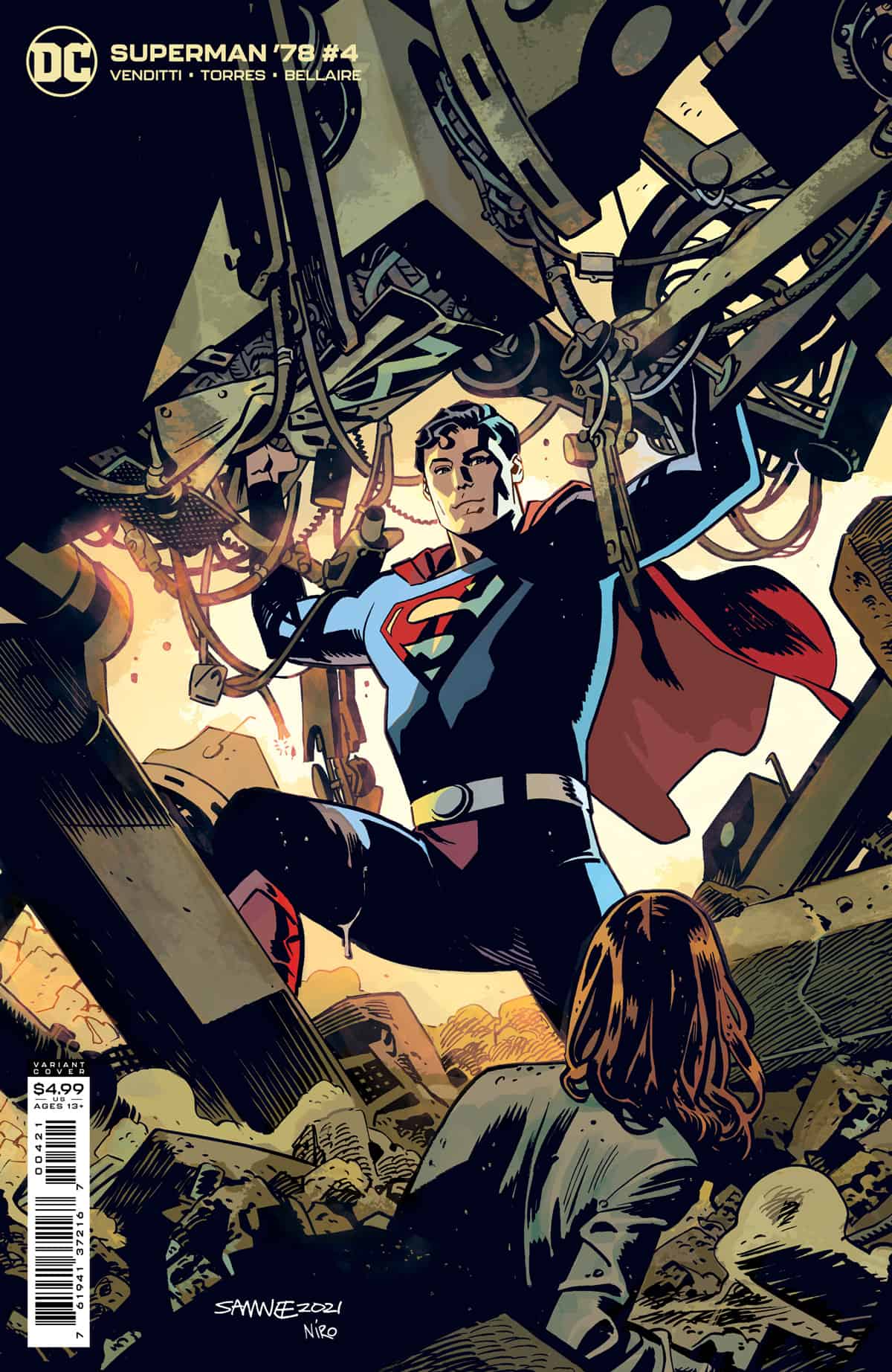 Superman ’78 #4, with a variant cover by Chris Samnee, arrives in comic shops on November 23

NEWS WATCH: Step Onto the Streets of Metropolis with Lois and Clark in a First Look at DC’s Superman ’78