The very legacy of the Black Knight is in peril in writer Simon Spurrier and artist Sergio Dávila’s BLACK KNIGHT: CURSE OF THE EBONY BLADE. The hot new series following cursed hero Dane Whitman is tackling the fascinating mythology behind the Black Knight in a conflict spanning mythical Camelot to modern-day NYC. To celebrate this hero’s latest epic adventure, Marvel is unveiling a stunning collection of connecting covers by acclaimed artist Stephanie Hans!

With new allies like Elsa Bloodstone and mysterious newcomer Jacks at his side, Dane is doing all he can to prevent the magical Ebony Blade from falling into his ancient foe Mordred’s hands. But Dane’s struggle for control of his destiny will force him to confront the inner darkness that fuels his powers and before the dust settles, he’ll have to face hard truths about himself, the Ebony Blade, and the entire history of the Black Knight. 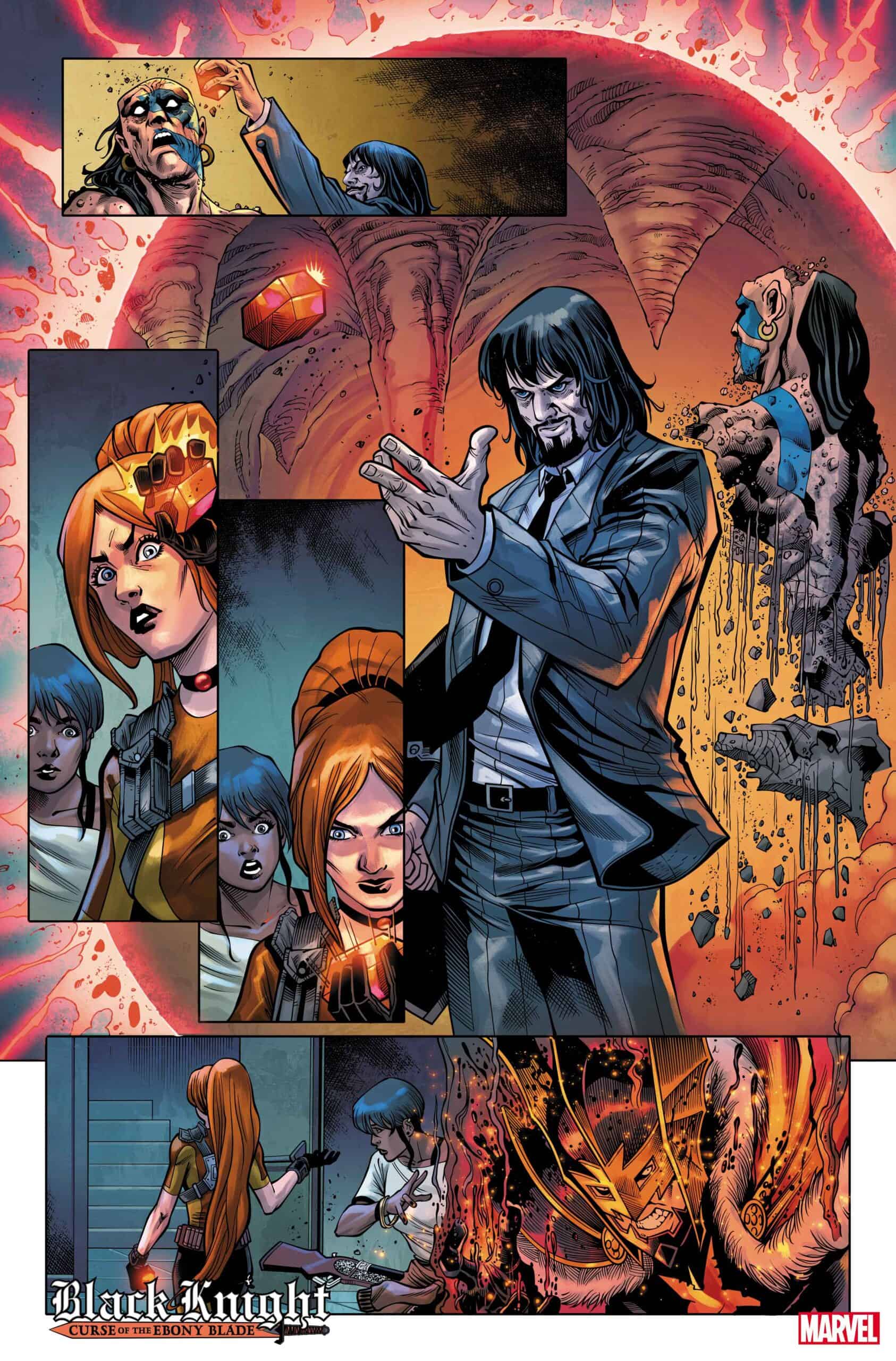 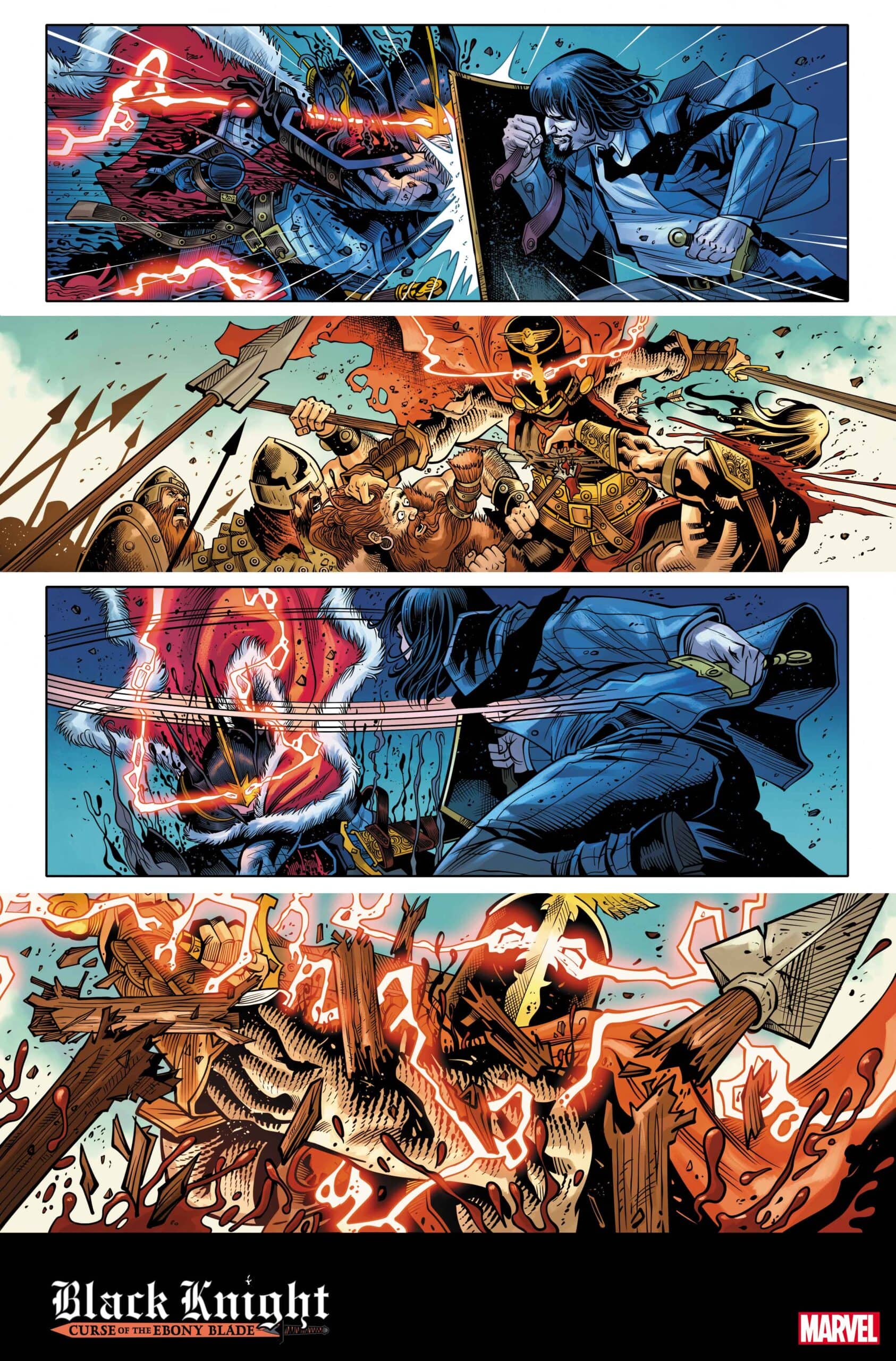 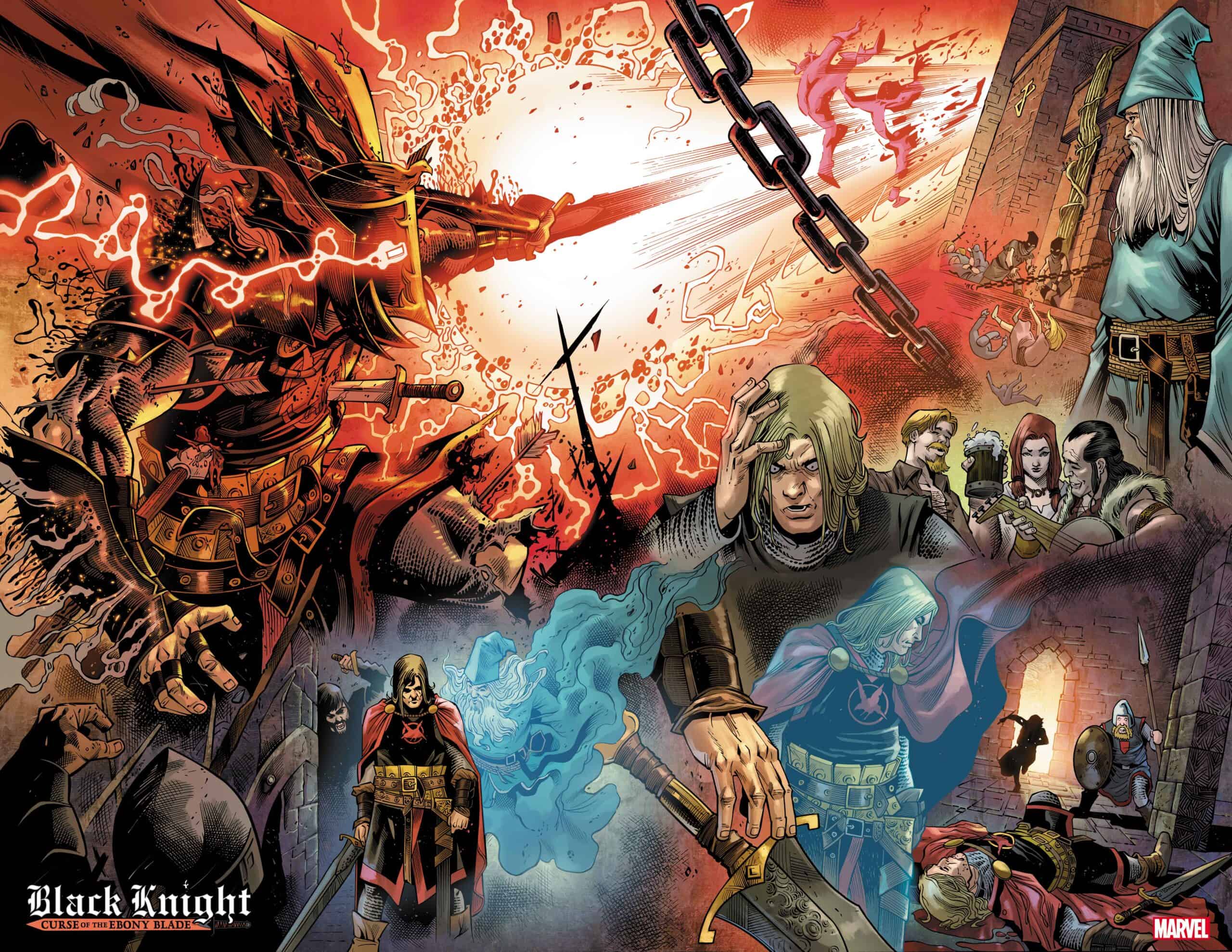 “Dane and his tangled lore are a treasure trove for anyone fascinated by story, mythology, folklore and psychology — all of which are very much My Bag — not to mention the simple thrill of seeing a not-totally-well-adjusted man flying around on a winged warhorse with one of the world’s most devastating magical weapons in his hand,” Spurrier said. “I started to sense that this character deserves to be a far bigger deal than he is — and my editor Tom Groneman agreed. What’s emerged is a fascinating, uberdark story which drips with horror and humor in equal measure. rummaging deep into the (often maddeningly confused) threads of canon surrounding the Black Knight, to disentangle, clarify and twiiiiiiiissssttt everything you thought you knew about this hero.”

Fans can now feast their eyes on all five covers as they lay out the rich history of the Black Knight mantle from Stan Lee and Joe Maneely’s original creation to the villainous days of Nathan Garrett to Dane Whitman’s time as an Avenger!

“When I was offered the opportunity to do these five iconic covers for BLACK KNIGHT: CURSE OF THE EBONY BLADE, my main concern was to find a way to link them all together, a strong concept,” Hans explained. “Flames are the constant element uniting them all. I tried to make them all as interesting together and as singular pieces. My second concern was to be able to give a solid representation of older designs, considering materials and practicality. I hope I did a good job.”

Check out the all five LEGEND OF THE BLACK KNIGHT covers