New York, NY— August 16, 2022 — Announced at San Diego Comic-Con last month, both CAPTAIN AMERICA titles will crossover next year in the upcoming epic, COLD WAR! The saga will be a culmination of the threats, battles, and mysteries that’s been at the center of both Steve Rogers and Sam Wilson’s adventures since the start of this critically-acclaimed new era!

Over in writers Collin Kelly and Jackson Lanzing and artist Carmen Carnero’s CAPTAIN AMERICA: SENTINEL OF LIBERTY, Steve Rogers is hunting down a shadowy group of villains known as the Outer Circle in order to unearth a shocking secret about the creation of his shield. And over in writer Tochi Onyebuchi and artist R.B. Silva’s CAPTAIN AMERICA: SYMBOL OF TRUTH, Sam Wilson is unraveling a conspiracy of his own, ones that’s taken him everywhere from Latveria to Wakanda for showdowns with Doctor Doom and the newly returned White Wolf! More thrills await and right now, fans can get a peek at what’s to come in both titles this November!

In CAPTAIN AMERICA: SENTINEL OF LIBERTY #6, Captain America has misjudged his place in the battle against the elusive Outer Circle…and it’s about to cost him everything. The Century Game has been turned upside down. And when the dust settles, Steve Rogers’ world will never be the same again.

In CAPTAIN AMERICA: SYMBOL OF TRUTH #7, featuring guest artist Ig Guara, the White Wolf’s latest attack has put Falcon in critical condition and sparked a civil war in Mohannda. When Sam Wilson’s role as Captain America prevents him from pursuing his own justice on an international scale, his government contact sets him up with a surprising new partner – an old ally long thought dead. As teased yesterday, It’s the return of Nomad! But who will bear the mantle this time, and will their assistance be a blessing or a curse?

And that’s not all! Kelly and Lanzing will team up with superstar artist Kev Walker to reveal the origins of Captain America’s newest foes and what the Outer Circle’s next move means for the future of the Winter Soldier in a double-sized one-shot, CAPTAIN AMERICAN & THE WINTER SOLDIER SPECIAL! The 20th century progressed at a more rapid pace than any other in history but not without help from the shadows. Learn more about the four members of this mysterious cabal—Power, Money, Machine, Love, and Revolution—and the unbelievable ways they’ve altered history!

Check out the covers now and don’t miss a single issue of CAPTAIN AMERICA’s incredible current era in the months ahead! For more information, visit Marvel.com. 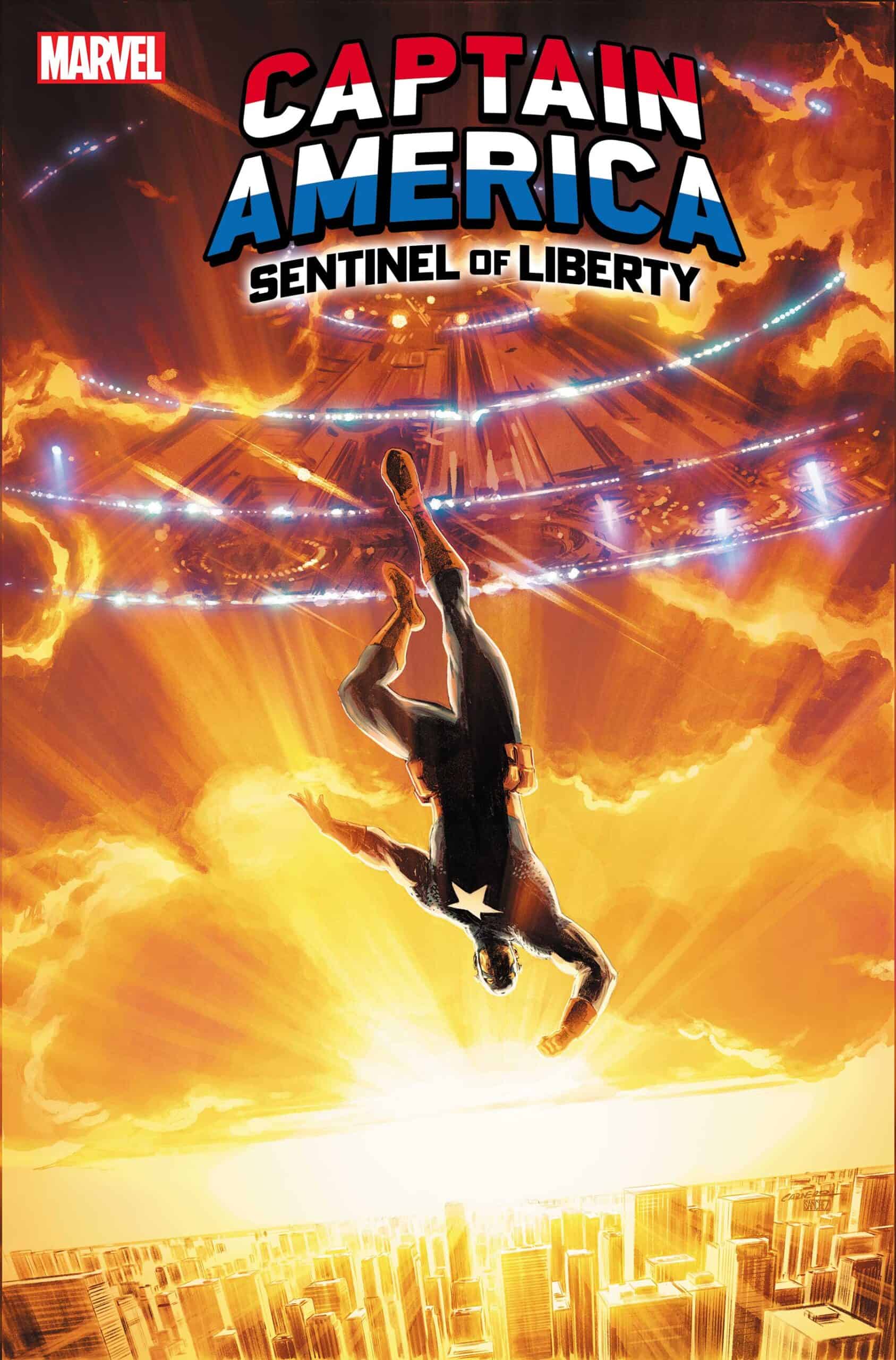 Art and Cover by CARMEN CARNERO 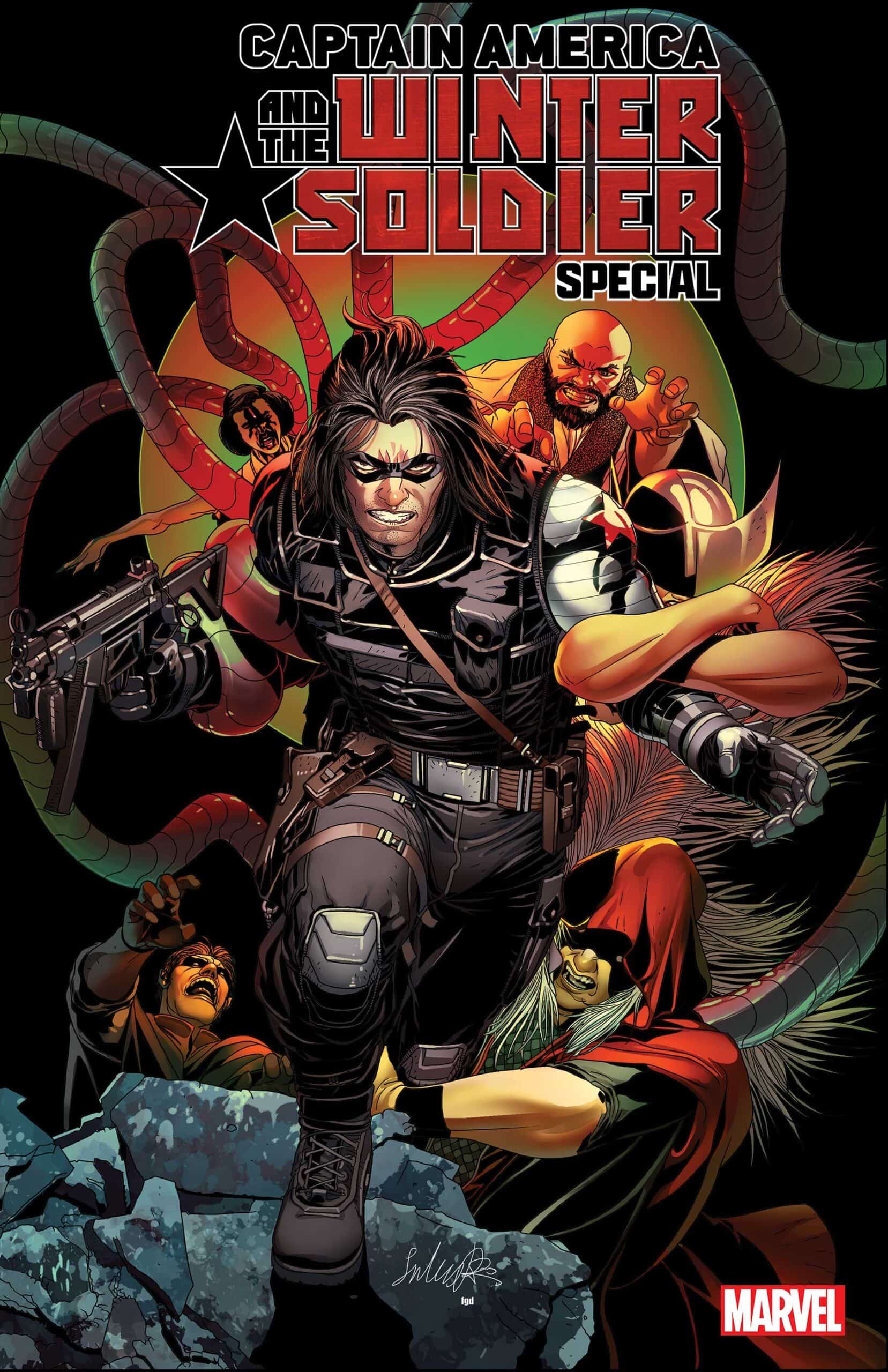 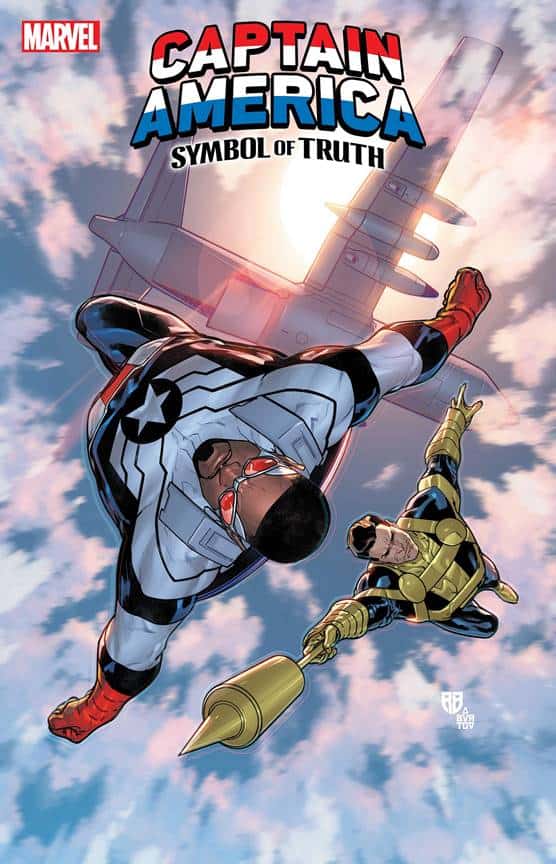