NEWS WATCH: ‘Super Visible: The Story of the Women of Marvel’ Kicking off New Non-Fiction Titles with Marvel and Gallery Books

SUPER VISIBLE: THE STORY OF THE WOMEN OF MARVEL to kick off new non-fiction titles starting early 2022

Marvel Entertainment and Gallery Books Group, a division of Simon & Schuster, announced today a collaboration to publish new premier Marvel non-fiction titles starting in 2022. These new titles will launch under Gallery Books, an imprint of Simon & Schuster, and focus on the storied history of Marvel Comics through today and the cultural impact of some of the world’s most iconic super heroes.

Early next year, Marvel and Gallery’s collaboration will kick off with their first new title, Super Visible: The Story of the Women of Marvel, written by #1 New York Times bestselling author and Marvel creator Margaret Stohl (The Life of Captain Marvel, Spider-Man: Noir) and Judy Stephens, producer and co-creator of today’s hit Women of Marvel podcast that launched in 2014. 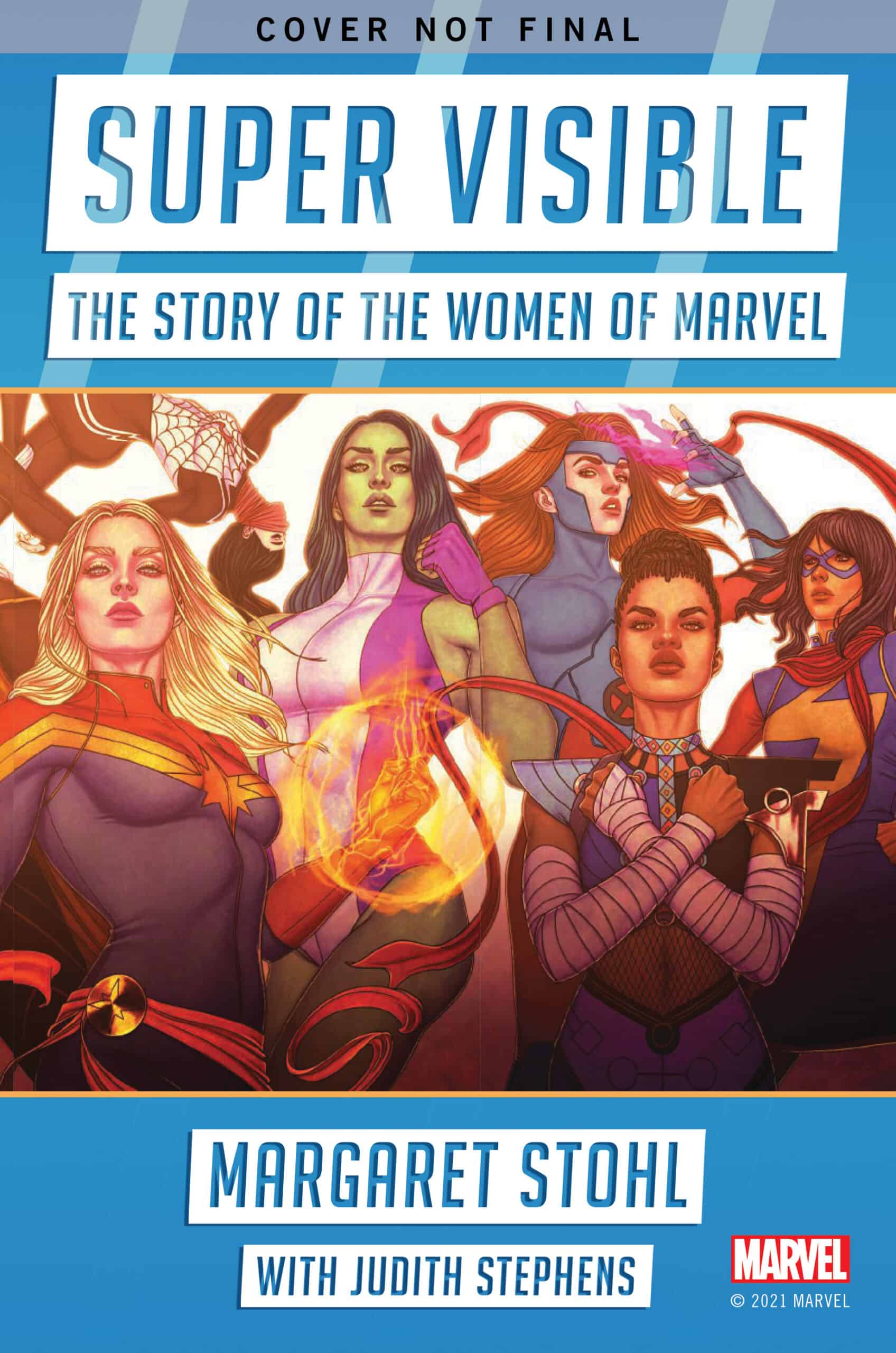 Super Visible: The Story of the Women of Marvel will tell the journey of the groundbreaking women at the House of Ideas from 1939 through today, with unprecedented access to essays, stories, images, and over 120 exclusive interviews with women and non-binary Marvel creators, writers, actors, and more, including the incredible leading women of the Marvel Cinematic Universe.

Margaret Stohl, author of 14 novels, graphic books, 12 video games, and multiple Marvel Comics, will bring her years of experience in the comics industry and beyond to shine a light on the women behind historic Marvel moments and dive into the meaning of their own Marvel stories, in close collaboration with Judy Stephens from The Women of Marvel podcast.

“My first Marvel job was writing Spiderman for the original PlayStation in 2000. Twenty-one years later, I’ve written my way through most of the major Marvel canon, in everything from comics and novels to games,” said Stohl. “I’ve sat in the Marvel Creative Council and been in the room where it happens. It’s an honor to finally get to tell the real story of everything I’ve seen behind the scenes — particularly the story of the women, the fantastically talented, ambitious, brilliantly creative Women of Marvel, who do so much and yet are so often overlooked in what is seen as a largely male-driven community.”

The Women of Marvel podcast, currently hosted by Judy Stephens, Ellie Pyle, and Angélique Roché, has been a perennial critical hit, running for over five years and 200 episodes. Between discussing feminism and representation in the Marvel universe, the publication of Super Visible: The Story of the Women of Marvel takes an even deeper dive and expands upon those conversations with vivid illustrations, and new, comprehensive material.

“In 2006, when I first started at Marvel, I never knew I would find an amazing family and be able to tell the stories of the women who have come before me,” said Stephens. “The story told has been that women didn’t read comics or work in the industry, but we’ve always been here. Working on this book has been a monumental journey as we look to tell the story of the many women and non-binary contributors to the Marvel Universe.”

“Building on years of Marvel history and the continued decades-long success of How to Draw Comics The Marvel Way – one of our most referenced and iconic Marvel books to date – we’re excited to work with Simon & Schuster again to continue evolving that legacy,” said Sven Larsen, Vice President of Licensed Publishing at Marvel. “Our plans with Gallery Books have something for every kind of Marvel fan, and we can’t wait to share more about our upcoming titles for next year.”

“Collaborating with the amazing people in the ‘House of Ideas’ means the best kind of storytelling, successfully capturing that much-sought-after ‘oh wow’ factor,” said Ed Schlesinger, Senior Editor & Licensing Manager with the Gallery Books Group. “We think Marvel fans and comics enthusiasts everywhere are going to be delighted and enlightened at what this creative partnership has in store for readers.”

Following Super Visible: The Story of the Women of Marvel, Marvel and Gallery will debut new titles featuring more Marvel voices and stories behind Marvel’s comics and its impact on pop culture.

More information about Marvel and Gallery’s upcoming titles will be released later this year. Stay tuned to Marvel.com and SimonandSchuster.com for new details and look out for these new titles everywhere books are sold, starting in 2022!

NEWS WATCH: ‘Super Visible: The Story of the Women of Marvel’ Kicking off New Non-Fiction Titles with Marvel and Gallery Books