This July, a new ongoing creative team is taking over the storied Detective Comics, with writer Ram V (Catwoman, The Many Deaths of Laila Starr) and artist Rafael Albuquerque (American Vampire, Superman/Batman).

Starting with Detective Comics #1062, on sale July 26, Batman finds himself in a strange, dark Gotham City as he’s pulled into a high Gothic story like nothing he’s seen, or heard, before. 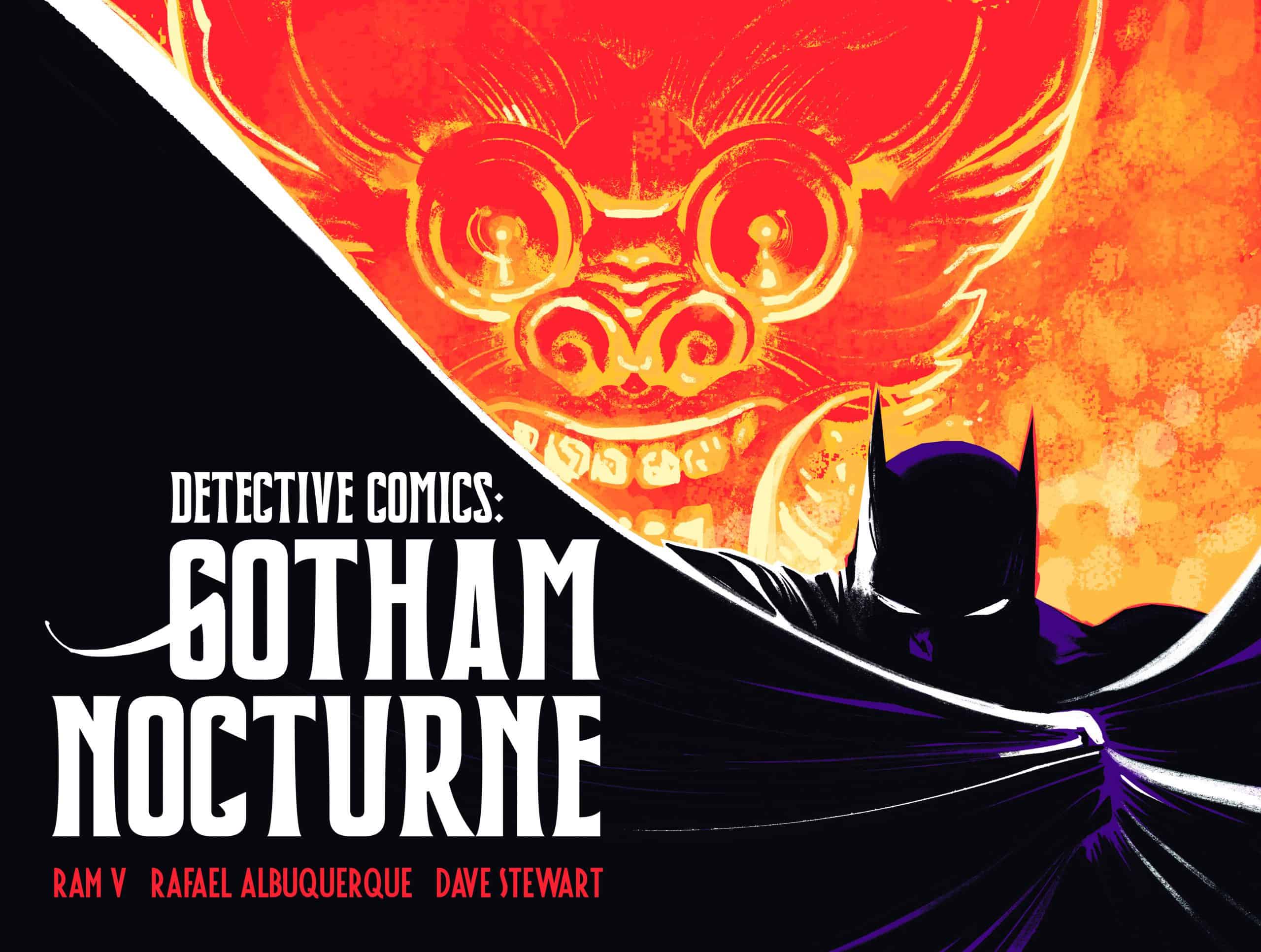 The story starts with “Gotham Nocturne” part 1 of 4: “Overture.” Something is terribly wrong with Batman. No matter the tests Bruce takes, nor the numbers he counts, the greatest detective in the world can’t pin down the source of this creeping dread—of his own inner demons and a looming mortality. He’s not alone in the grips of this terror, as it seems real demons are creeping through the shadows of Gotham City, answering the clarion call of a strange melody that’s haunting Gotham…and seems to be turning its denizens into something else.

The curtains are rising on a new, terrifying mystery as Batman tries to figure out what’s happening to both the city he protects and his own mind in this lush, operatic mystery.

Writer Ram V said, of joining Detective Comics, “It’s a thrill to be writing a title with the kind of history and pedigree that Detective Comics has. When the opportunity first came across my desk, I knew exactly what I wanted to do with it. For me, the draw of Batman as a character and that of the world around him had always been this blanket of tragedy that lay above it all. So, with that perspective, ‘Gotham Nocturne’ is a quintessentially Batman story, told with the aesthetics of a gothic opera.” 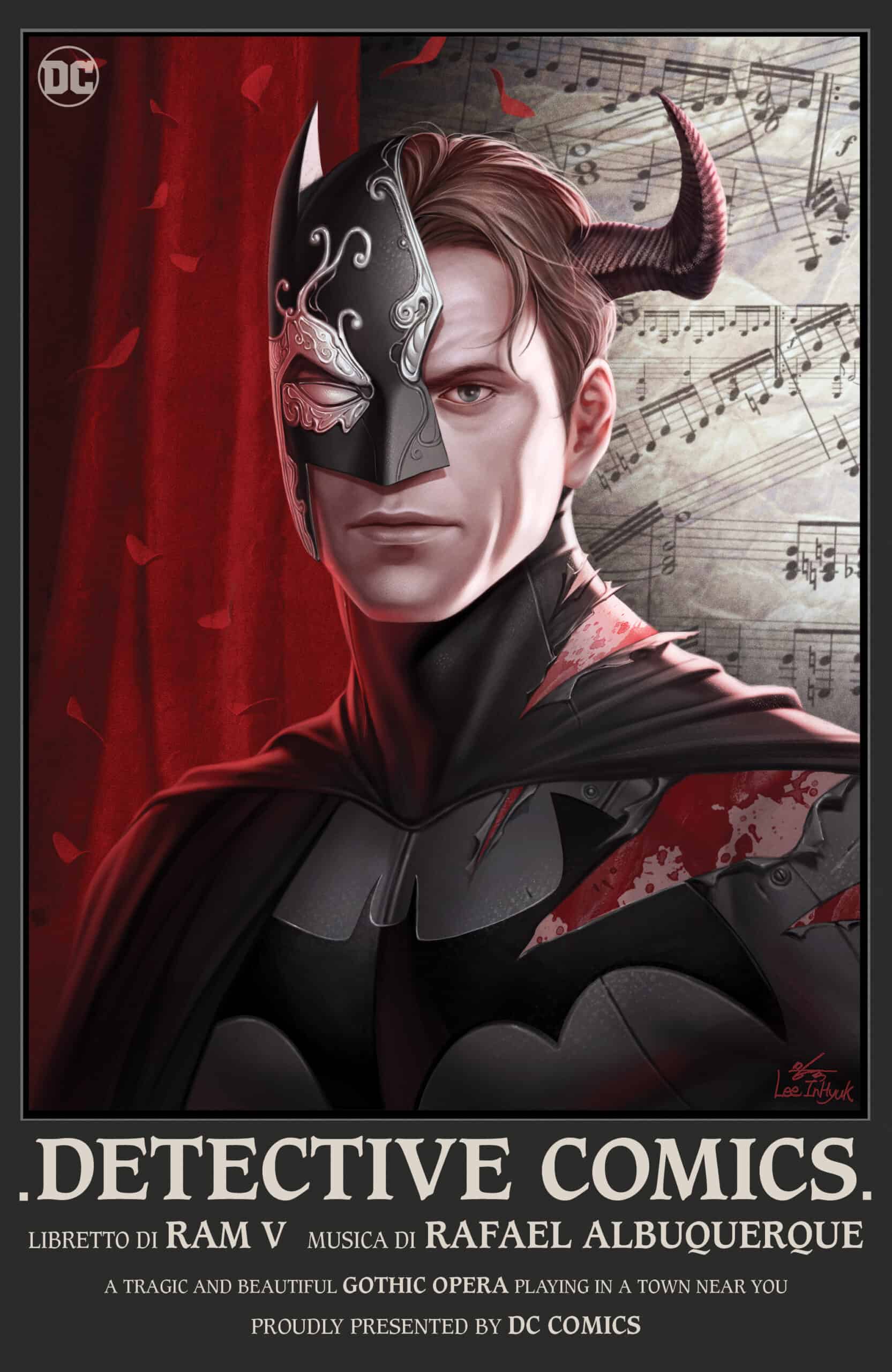 He added, “I’m lucky to be working with a fantastic group of creatives and editors on the project. It is hard to envision a more perfect set of collaborators than Rafael Albuquerque and Dave Stewart. Both of them are already titans in their own right but I think they are great fits particularly for the aesthetic lens of the story. I cannot wait for readers to experience what we’re creating. It is an ambitious story. One that is hopefully worthy of the title that puts the DC in DC!” 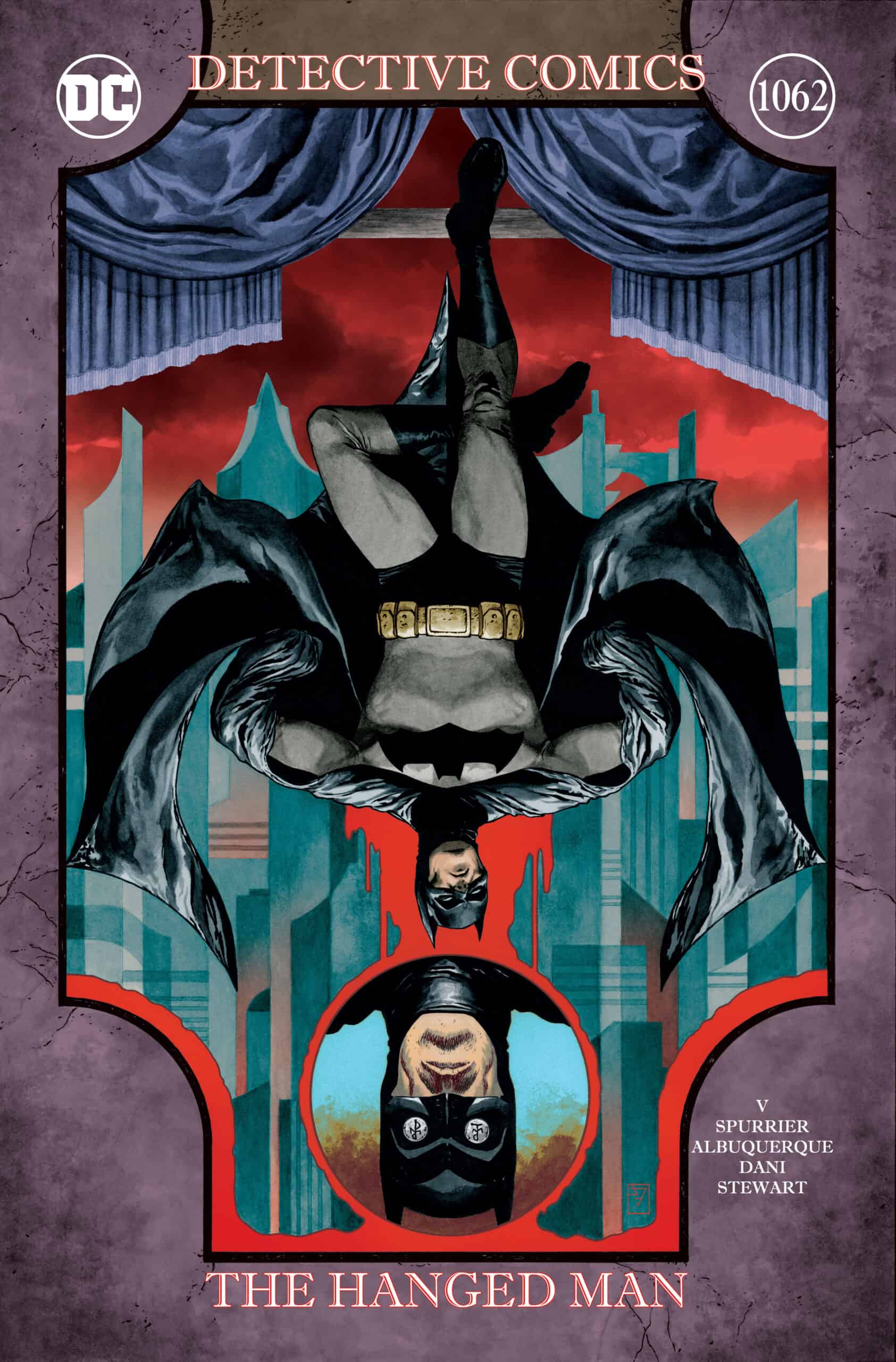 Artist Rafael Albuquerque also shared his excitement about telling this story. “Batman is a legend we all grew up with and most of us spent a lot of time just imagining what we would do if we were in this position. That’s how serious Batman is to me and I have been lucky enough to do a little bit of it over my time as an artist. Ram V brings something special to the table. Unique. Ram’s story not only matches my vision of this beloved character but also twists it, elevating it to another level, making me want to be part of this special new take, that I think is going to be as special to the fans as it’s been for me.”

Check out these design sheets for Batman and Talia: 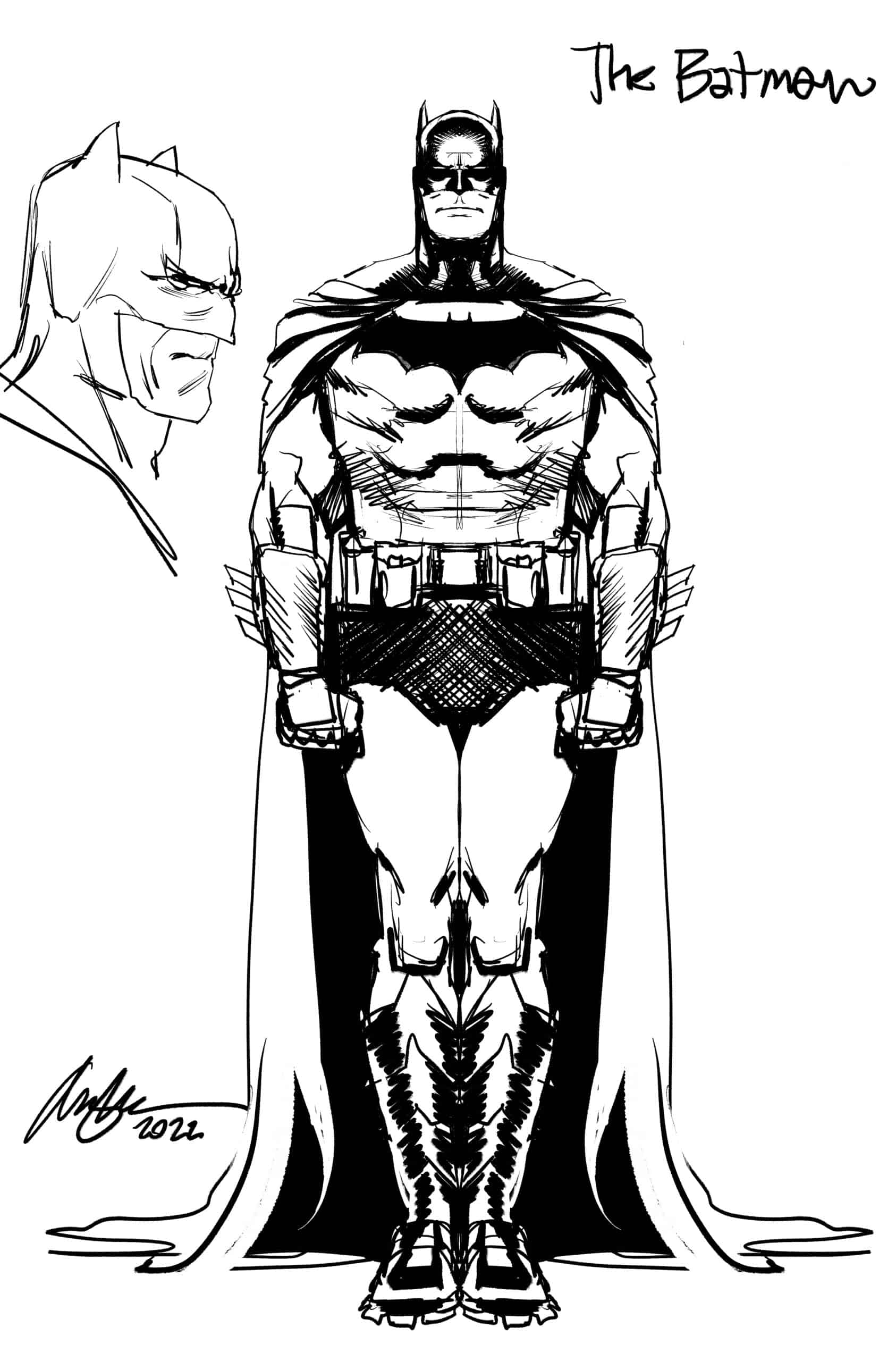 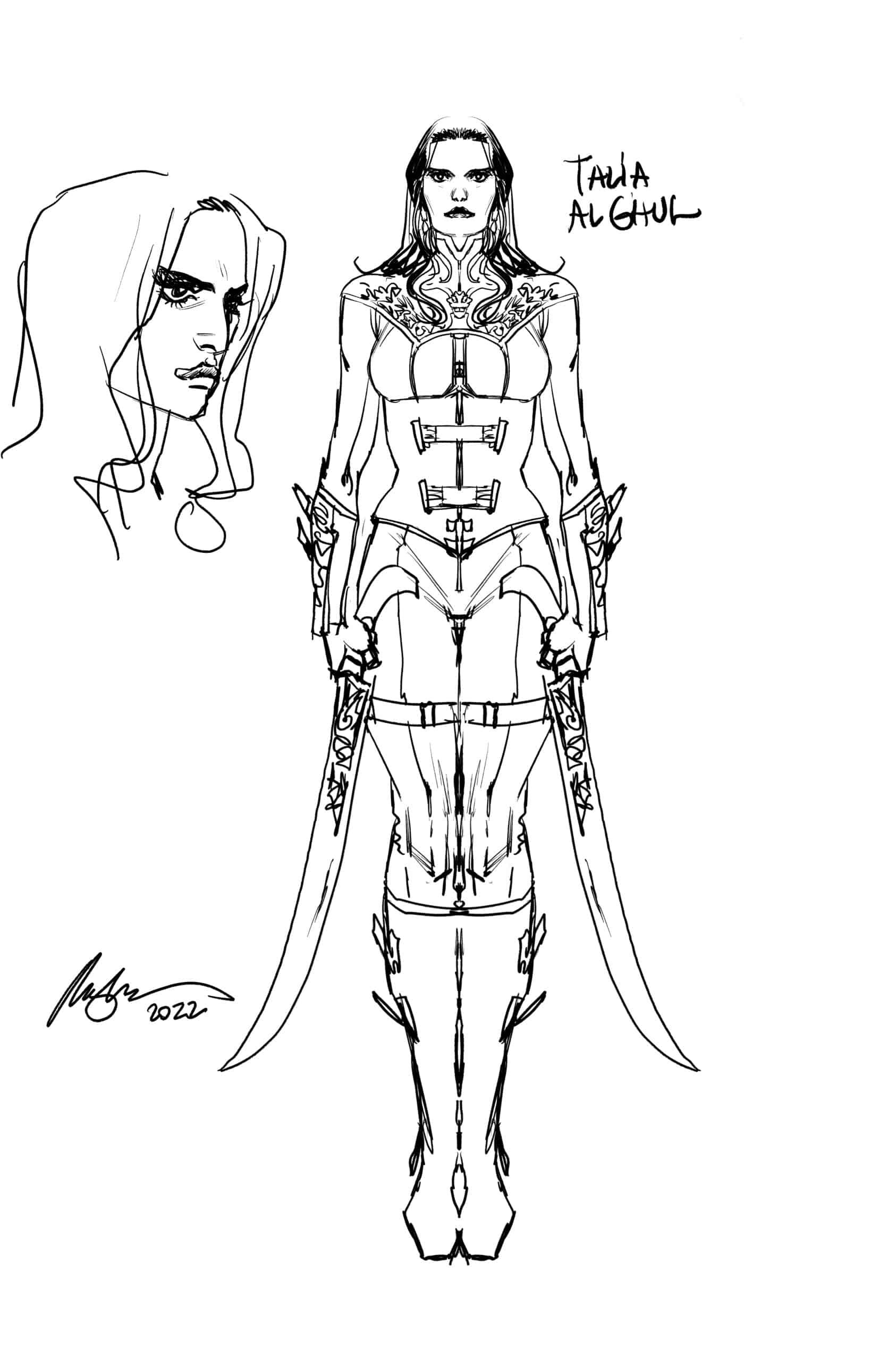 Issue #1062 will have main cover drawn by Evan Cagle, with variant covers by Lee Bermejo and J.H. Williams III, as well as a 1:25 variant cover by InHyuk Lee, and 1:50 foil variant by J.H. Williams. Artist Ivan Reis will also return to the book in Issue #1066, as the story continues to wind through the shadowed back-alleys of Gotham City.

Detective Comics will be back on a monthly schedule, with Issue #1062 on sale July 26!!