NEWS WATCH: Take a Trip on the Rainbow Bridge With Loki on an ALL-NEW MARVEL’S VOICES: PRIDE Cover by Amy Reeder

Marvel Comics is proud to celebrate Pride Month this year with another giant-sized one-shot showcasing some of comics’ most iconic LGBTQI+ heroes in an incredible range of stories by LGBTQI+ superstars and emerging talent! And today, fans can get their first look at a brand-new variant cover for 2022’s MARVEL’S VOICES: PRIDE drawn by acclaimed creator Amy Reeder! Known for her extraordinary work on MOON GIRL AND DEVIL DINOSAUR, Reeder showcases one of Marvel’s greatest icons, Loki, alongside his many forms and variants on this joyful cover!

Currently dealing with the massive impact of Odin’s death and changes to Asgard in Donny Cates and Nic Klein’s epic run on THOR, Loki will also soon be starring in Al Ewing and Javier Rodríguez’s DEFENDERS: BEYOND! Launching during Pride Month, this five-issue saga will see the return of the Loki variant from Ewing’s LOKI: AGENT OF ASGARD series. Loki will assemble a new team of Defenders for a mission will take them to the very limits of space and time (and beyond) as they confront questions about the very fabric of the Marvel Universe and tackle a threat no one is prepared for! Be sure to pick up THOR #24 this coming Wednesday for a special prelude story to this exciting new chapter for Marvel’s master of mischief! 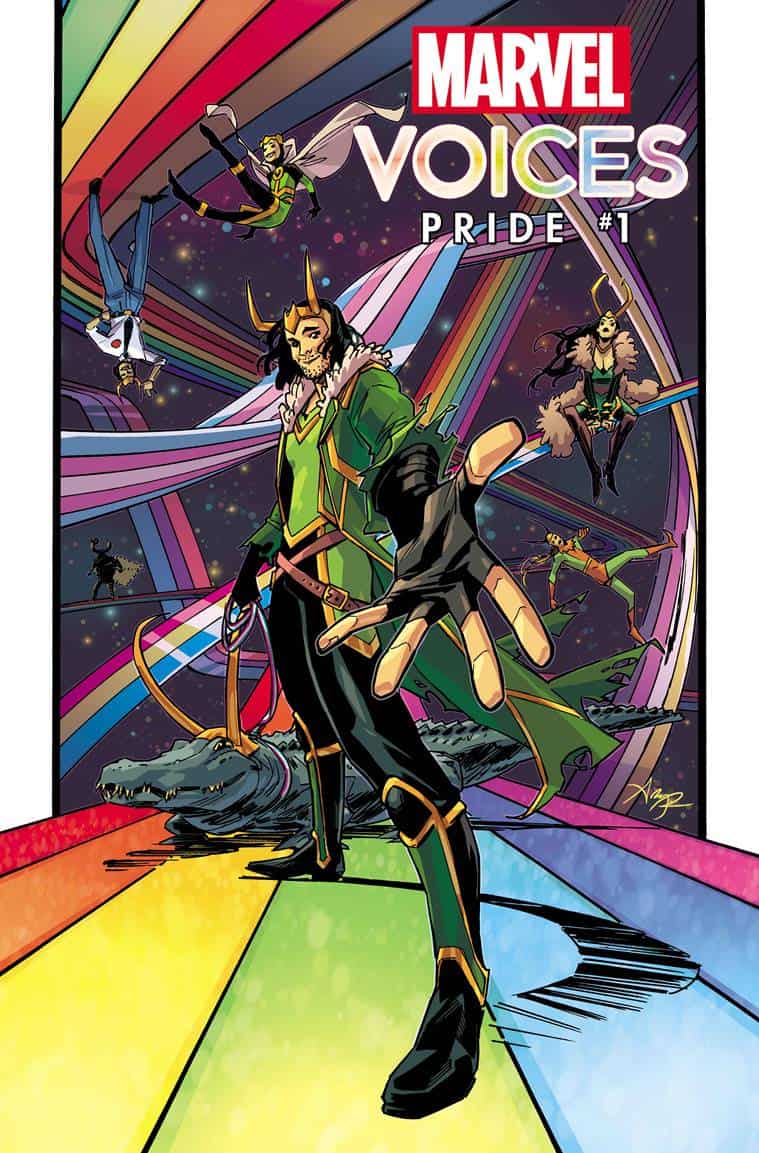 NEWS WATCH: Take a Trip on the Rainbow Bridge With Loki on an ALL-NEW MARVEL’S VOICES: PRIDE Cover by Amy Reeder