BOOM! Studios announced BEHOLD, BEHEMOTH, a brand new horror series from the bestselling House of Slaughter’s Tate Brombal, as he brings his first original series to BOOM! Studios alongside highly acclaimed artist Nick Robles (The Dreaming: Waking Hours), and letterer AndWorld Design (The Many Deaths of Laila Starr), about how a man’s fracturing world and monstrous nightmares foreshadow the unthinkable, in stores November 2022.

Greyson’s world is crumbling following his brother’s sudden and mysterious death. His sleepless nights are haunted by vivid nightmares of a terrifying monster, pushing him to the brink of losing both his sanity and his job as a social worker. But he’s truly shaken to the core when his newest case—a young orphaned girl named Wren—is found at the scene of a brutal murder, just hours after first meeting Greyson. The line between nightmare and waking life blurs as Greyson soon discovers that the monster from his dreams might just be real—a mythical, ancient beast that is bringing about the end of the world, with shocking connections to both him and Wren…

Tate Brombal is a comic book writer from Toronto, Canada. He is best known for his work as a writer on the bestselling House of Slaughter, set in the world of James Tynion IV and Werther Dell’Edera’s Something is Killing the Children, and on Jeff Lemire and Dean Ormston’s Black Hammer Universe at Dark Horse Comics, most notably for writing the Eisner and GLAAD Award-nominated Barbalien: Red Planet. His comic The Oddly Pedestrian Life of Christopher Chaos is currently being serialized online with James Tynion IV’s Tiny Onion Studios. You can find Tate on Twitter and Instagram @TateBrombal.

“Behold, Behemoth may be the most ambitious, exhilarating comic of my career, solely because we are building something that comics hasn’t quite seen before,” said Brombal. “It is psycho-horror meets post-apocalypse by way of biblical fantasia, all spinning around the complicated bond between a grieving man and an orphaned girl. And I cannot wait for everyone to witness the culmination of Nick Robles’ entire creative career in these pages. But, for now, simply behold… BEHEMOTH!”

Nick Robles is a freelance artist who entered the comic world in 2014. Since then he has worked with a wide array of publishers, and co-created the original comic book series Euthanauts with Tini Howard at IDW. Most recently, he finished work on a successful run of The Dreaming: Waking Hours with G. Willow Wilson for DC Comics’ Black Label imprint. You can find him on twitter @ArtofNickRobles or his website NickRoblesArt.com

“Just going by the name alone, it really feels like we have something special here… BEHOLD, BEHEMOTH! It conjures the promise of something beyond us, and that’s exactly what we’re setting out to create with this book!” said Robles.

BEHOLD, BEHEMOTH is the newest release from BOOM! Studios’ eponymous imprint, home to critically acclaimed original series, including BRZRKR by Keanu Reeves, Matt Kindt, and Ron Garney; Something is Killing the Children by James Tynion IV and Werther Dell’Edera; Once & Future by Kieron Gillen and Dan Mora; We Only Find Them When They’re Dead by Al Ewing and Simone Di Meo; Seven Secrets by Tom Taylor and Daniele Di Nicuolo; The Many Deaths of Laila Starr by Ram V and Filipe Andrade; Basilisk by Cullen Bunn and Jonas Scharf; Grim by Stephanie Phillips and Flaviano; and the upcoming series Briar by Christopher Cantwell and Germán García; Stuff of Nightmares by R.L. Stine and A.L. Kaplan; Damn Them All by Simon Spurrier and Charlie Adlard; and The Approach by Jeremy Haun, Jason A. Hurley, and Jesus Hervas. The imprint also publishes popular licensed properties, including Dune: House Atreides from Brian Herbert, Kevin J. Anderson, and Dev Pramanik; Mighty Morphin and Power Rangers from Ryan Parrott, Mat Groom, Moises Hidalgo, and Marco Renna; and Magic from Jed McKay and Ig Guara. 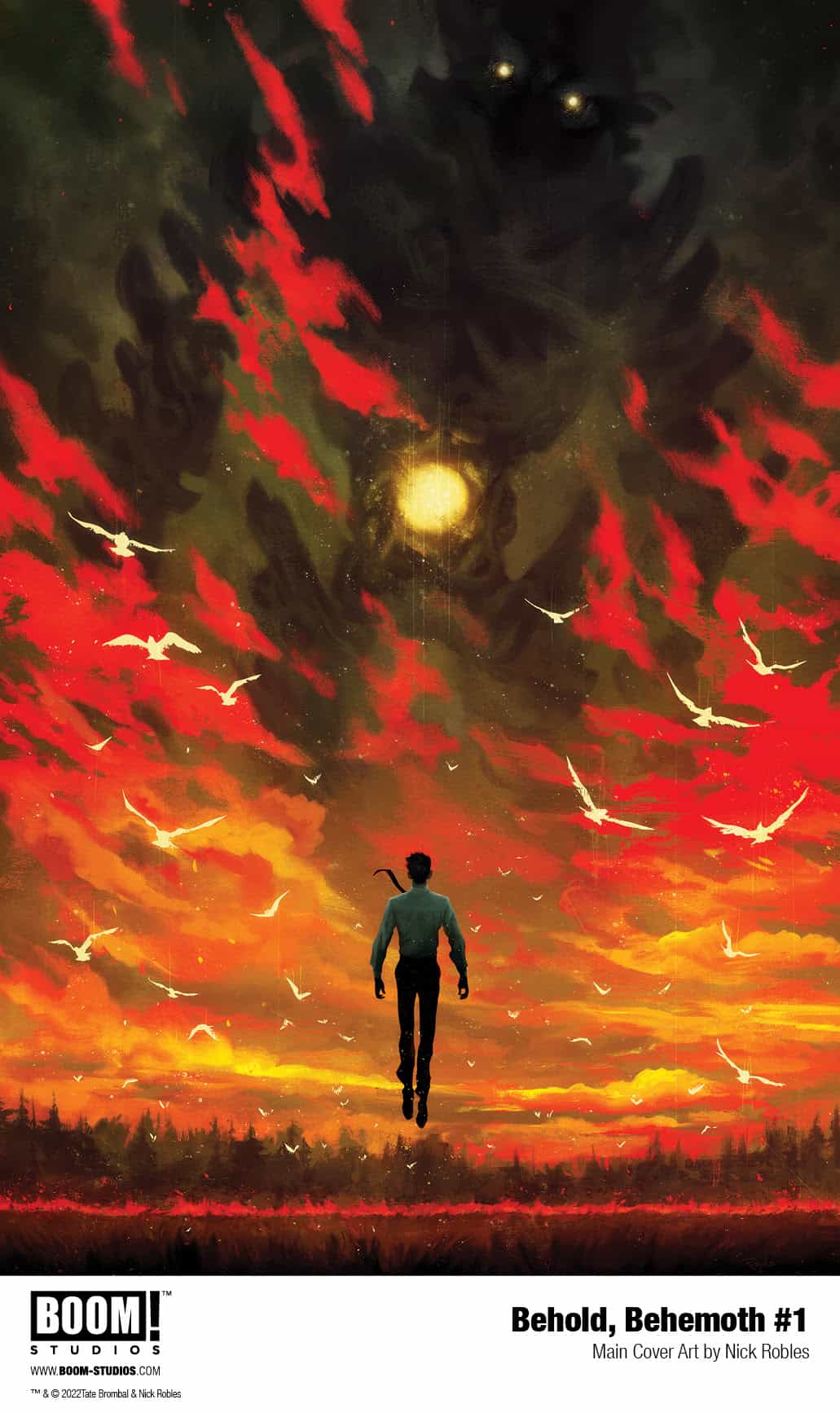 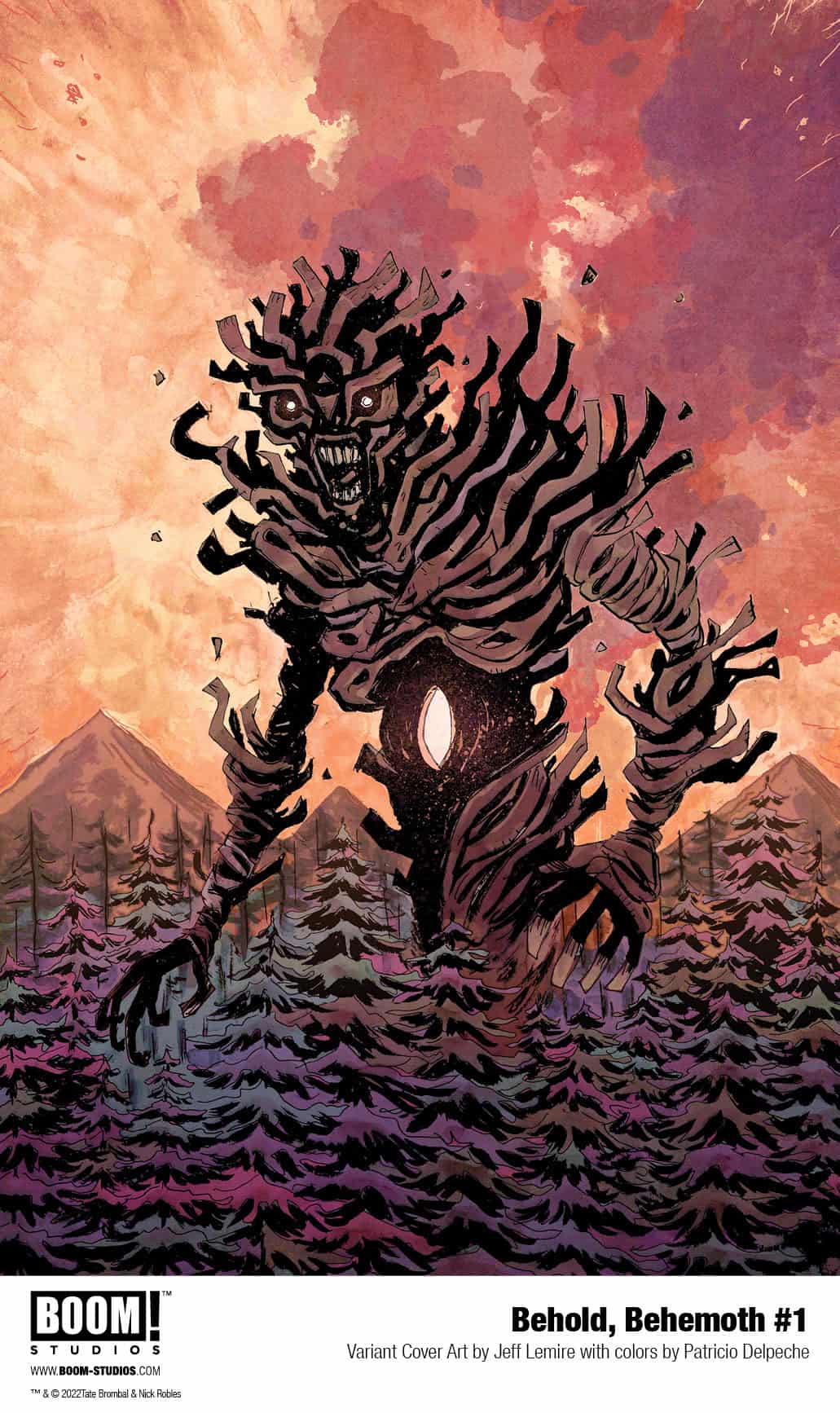 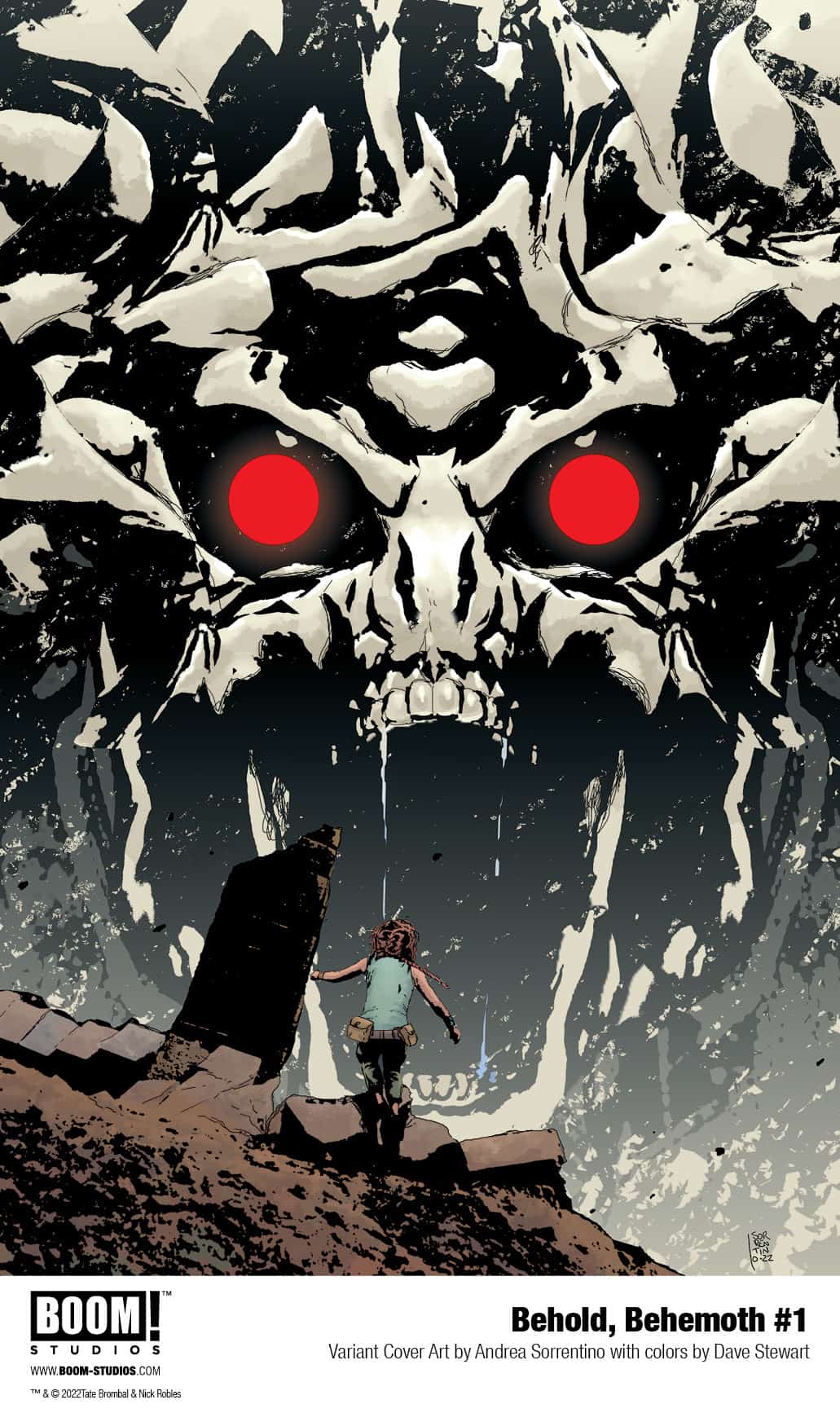 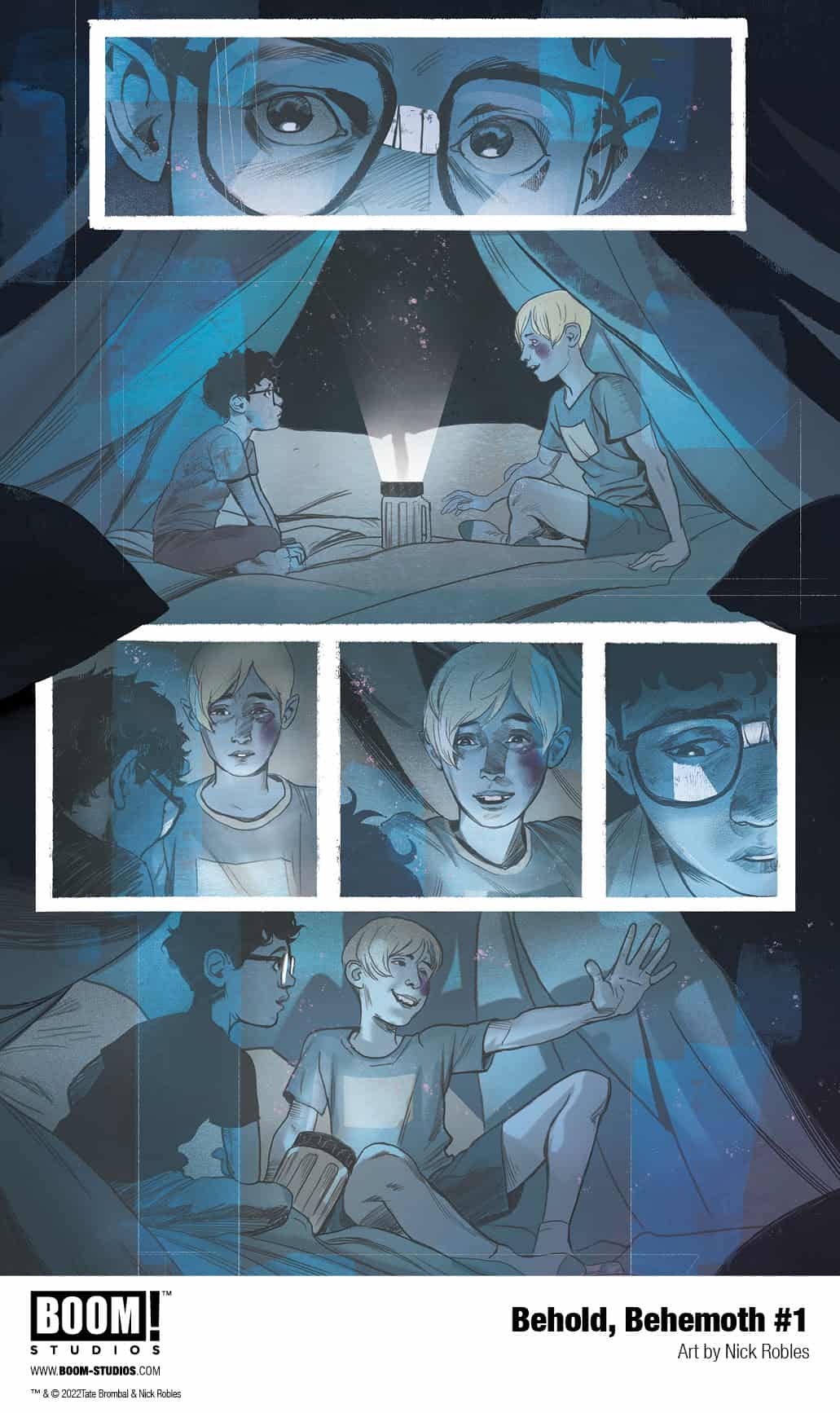 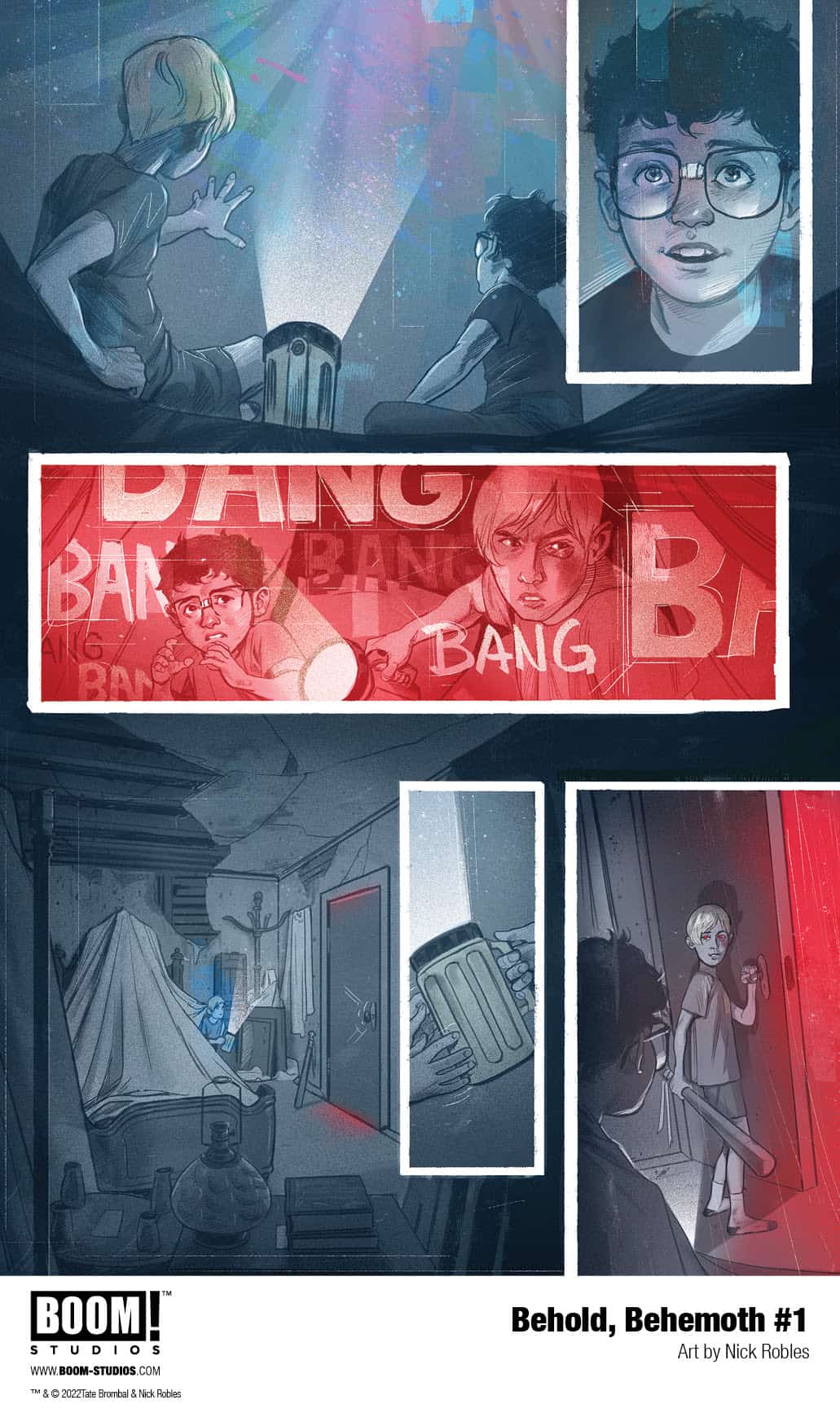 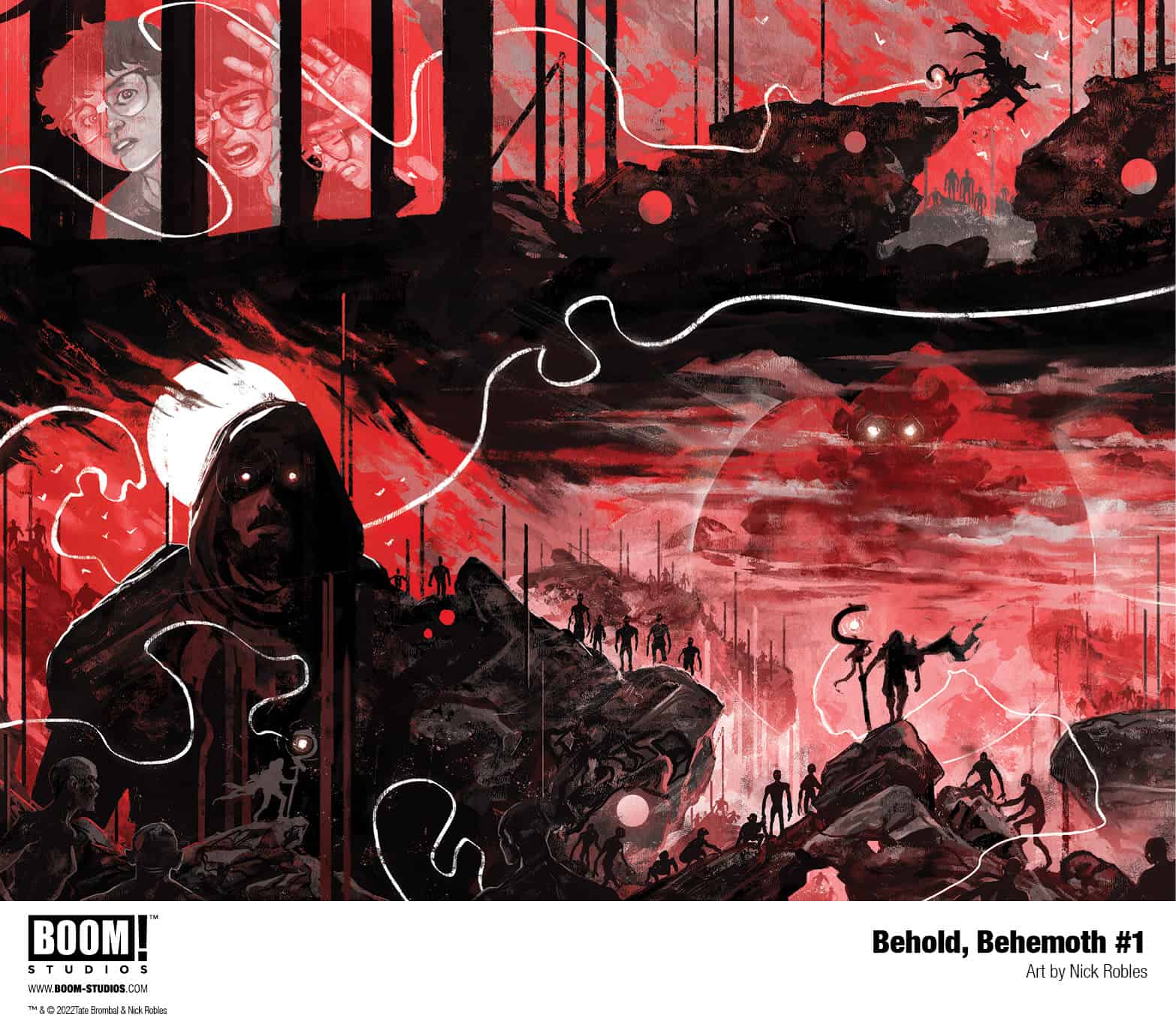 Print copies of BEHOLD, BEHEMOTH #1 will be available for sale in November 2022 exclusively at local comic book shops (use comicshoplocator.com to find the nearest one) or at the BOOM! Studios webstore. Digital copies can be purchased from content providers, including comiXology, iBooks, Google Play, and Kindle.

For continuing news on WE ONLY FIND THEM WHEN THEY’RE DEAD and more from BOOM! Studios, stay tuned to boom-studios.com and follow @boomstudios on Twitter.