LOS ANGELES, CA (July 19, 2022) –  BOOM! Studios announced today THE APPROACH, a turbulent new horror series from writers Jeremy Haun (The Red Mother, The Beauty) & Jason A. Hurley (The Beauty) and artist Jesús Hervás (The Empty Man), about a missing plane that mysteriously reappears after two decades and brings with it a sinister storm that’s much more than it seems. 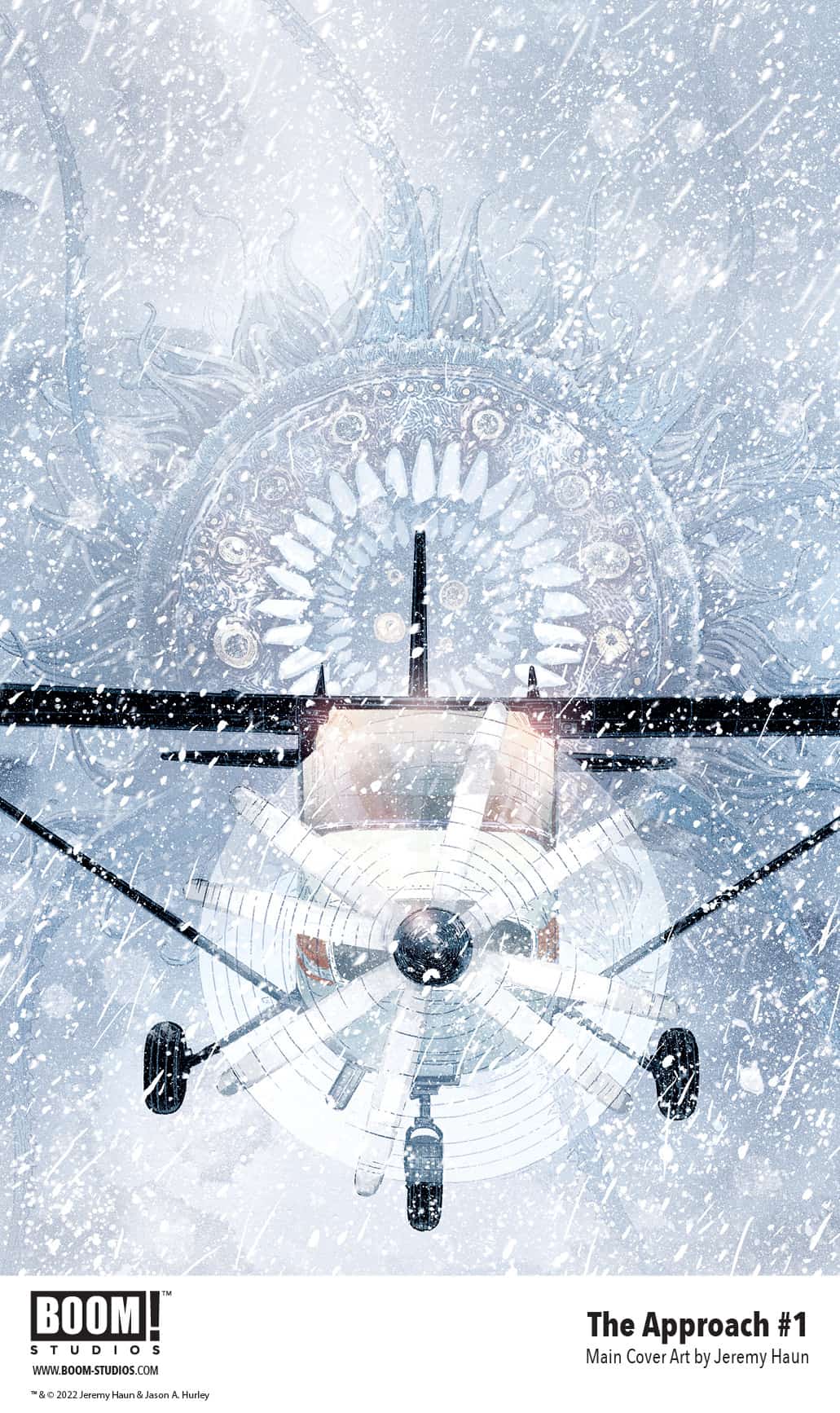 When airport employees Mac and Abigail find themselves snowed in after a blizzard, they witness a terrible plane crash. After pulling a survivor from the wreckage, they realize a terrifying truth: this plane has been missing for 27 years! The nightmare has only just begun though, as the people trapped in the airport soon find themselves confronted by what this plane actually brought back. For those with a fear of flying, it’s not the sky that deserves dread, but what lies beyond it…

Jeremy Haun is a comics creator from Joplin, Missouri. He is best known for his creator-owned properties such as Red Mother with BOOM! Studios, 40 Seconds with Comixology and The Realm and The Beauty with Image Comics. He’s recently completed Haunthology via Kickstarter. Haun’s other projects include Batwoman, Constantine, and Wolf Moon with DC Comics, and many others for nearly every publisher in the industry. Jeremy resides in a crumbling mansion with his wife and two superheroes-in-training.

“THE APPROACH is the story of a plane that crash lands at a small regional airport in the middle of a snow storm…after being missing for twenty years…and the horrible thing that came back with it,” said Haun. “It’s our love letter to eighties monster horror, with an absolutely terrifying creature, conjured up by our amazing series artist, Jesús Hervás.”

Jason A. Hurley, one of the writers and creators of The Beauty with Image Comics, has recently retired from the world of comic book retail. His decades of experience interacting with comic fans,  hearing all about their favorites, and following industry trends contributes to his unique creative voice within the industry. When he’s not busy writing, you can find him watching horror movies with his step-son, hiking through botanical gardens and arboretums all around the midwest with his partner, or working outside in his own garden.

Jesús Hervás is an artist from Madrid, Spain. He has worked as an illustrator for French publisher Soleil on series such as Deluge, Androids, and Orcs & Goblins. He is also known for his work on comic book series such as The Empty Man for BOOM! Studios, Penny Dreadful for Titan Comics, Tales of Terror for TKO Studios, Dark Arkfor Aftershock, and Tomorrow for Dark Horse’s Berger Books imprint.

“It’s been exciting working with Jeremy and Jason on this series because of the challenge of illustrating the horror and suspense while revealing just enough of the unknown mysteries and terrors that loom within the approaching storm,” said Hervas. “THE APPROACH is a wild ride, and I had a lot of fun drawing it, so I can’t wait for everyone to pick it up and start uncovering all the secrets hidden within the pages of the comic.”

THE APPROACH #1 features main cover art by series creator Haun, and variant covers by acclaimed illustrators Francesco Francavilla (R.L. Stine’s Stuff of Nightmares, Afterlife with Archie), Megan Hutchison-Cates (The Nice House on the Lake), and Bjorn Barends (Something is Killing the Children).

“You know that warning signal your brain sends you when the clouds roll in, the wind picks up and the skies darken? THE APPROACH is that chilling sensation crafted into a terrifying and careening trip into the center of the impending storm,” said Elizabeth Brei, Editor, BOOM! Studios.  “Jeremy, Jason, and Jesús are all experienced storytellers of the genre who bring the full weight of their experience and love of horror into this series!” 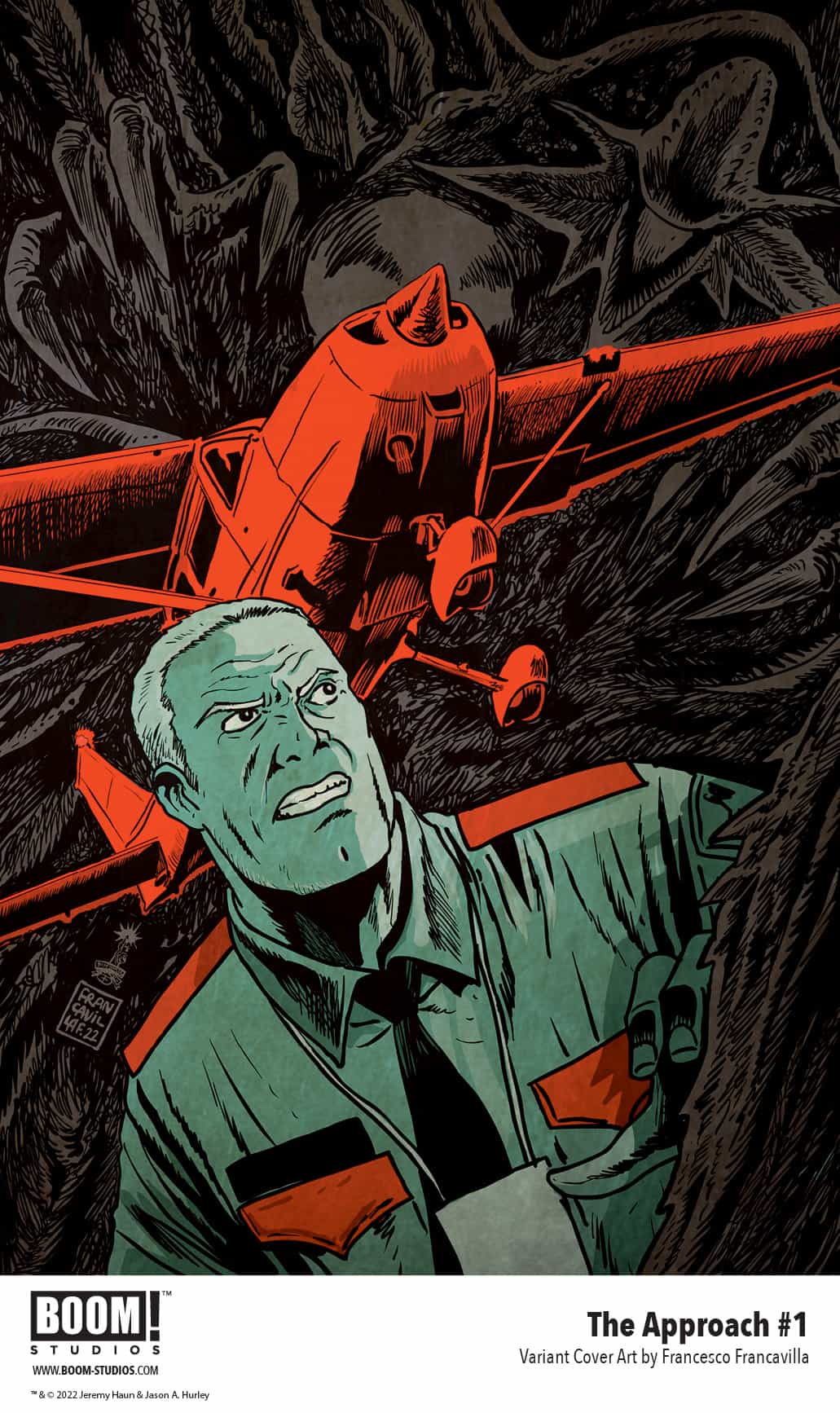 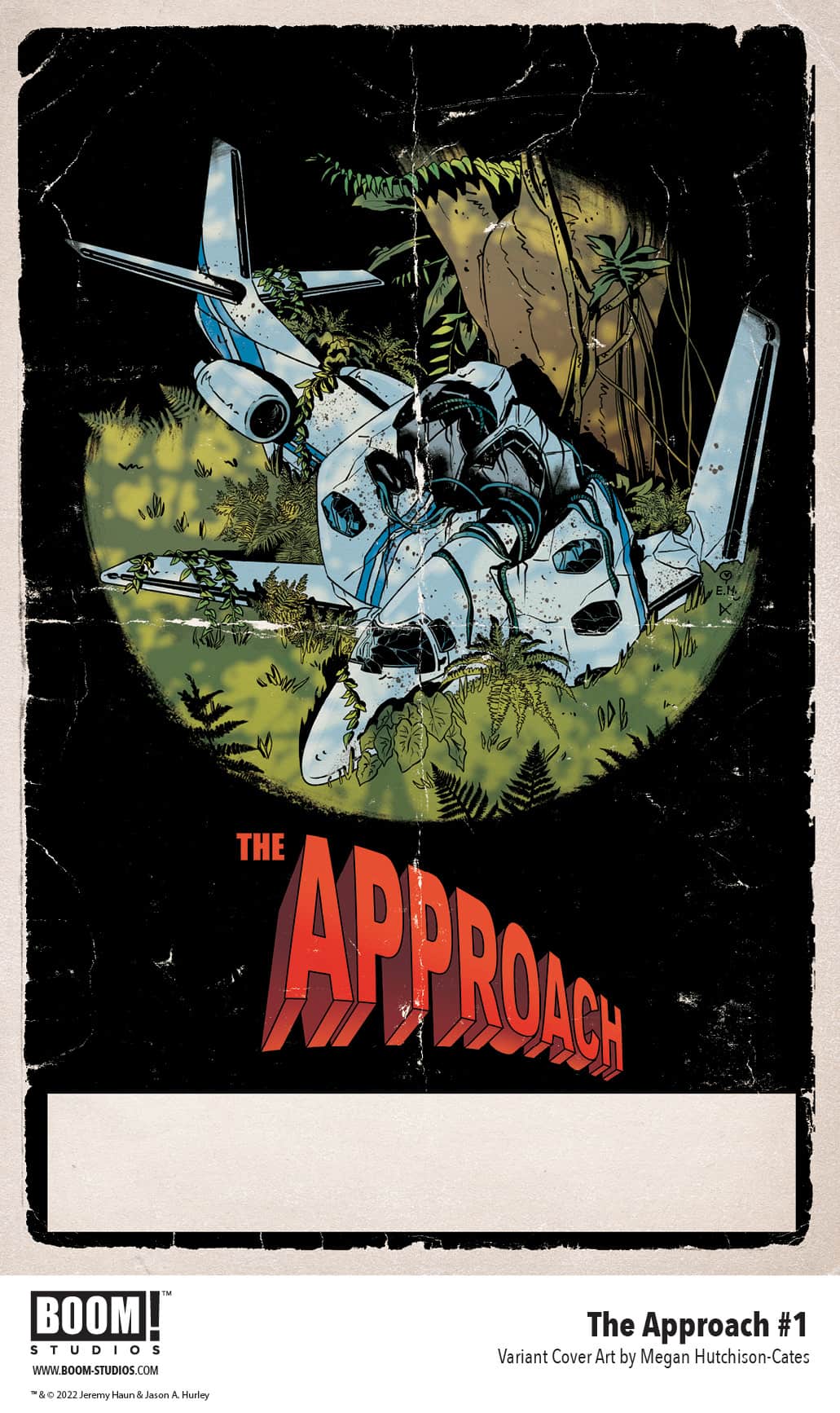 THE APPROACH is the newest release from BOOM! Studios’ eponymous imprint, home to critically acclaimed original series, including BRZRKR by Keanu Reeves, Matt Kindt, and Ron Garney; Something is Killing the Children by James Tynion IV and Werther Dell’Edera; Once & Future by Kieron Gillen and Dan Mora; We Only Find Them When They’re Dead by Al Ewing and Simone Di Meo; Seven Secrets by Tom Taylor and Daniele Di Nicuolo; The Many Deaths of Laila Starr by Ram V and Filipe Andrade; Eve by Victor LaValle and Jo Mi-Gyeong; Basilisk by Cullen Bunn and Jonas Scharf; Faithless by Brian Azzarello and Maria Llovet; Alice Ever After by Dan Panosian and Giorgio Spalletta; Grim by Stephanie Phillips and Flaviano, and the upcoming series Briar by Christopher Cantwell and Germán García and Stuff of Nightmares by R.L. Stine and A,L. Kaplan. The imprint also publishes popular licensed properties, including Dune: House Atreides from Brian Herbert, Kevin J. Anderson, and Dev Pramanik; Mighty Morphin and Power Rangers from Ryan Parrott, Mat Groom, Moises Hidalgo, and Marco Renna; and Magic from Jed McKay and Ig Guara.

Print copies of THE APPROACH #1 will be available for sale in October 2022 exclusively at local comic book shops (use comicshoplocator.com to find the nearest one) or at the BOOM! Studios webstore. Digital copies can be purchased from content providers, including comiXology, iBooks, Google Play, and Kindle.

For continuing news on THE APPROACH and more from BOOM! Studios, stay tuned to boom-studios.com and follow @boomstudios on Twitter.