Now the 81st Padishah Emperor of the Known Universe and imbued with the entire power of the Imperium, Shaddam will decide the fate of newly crowned Duke Leto Atreides. But his decision will inadvertently cement the genocidal hatred of Baron Harkonnen for House Atreides! 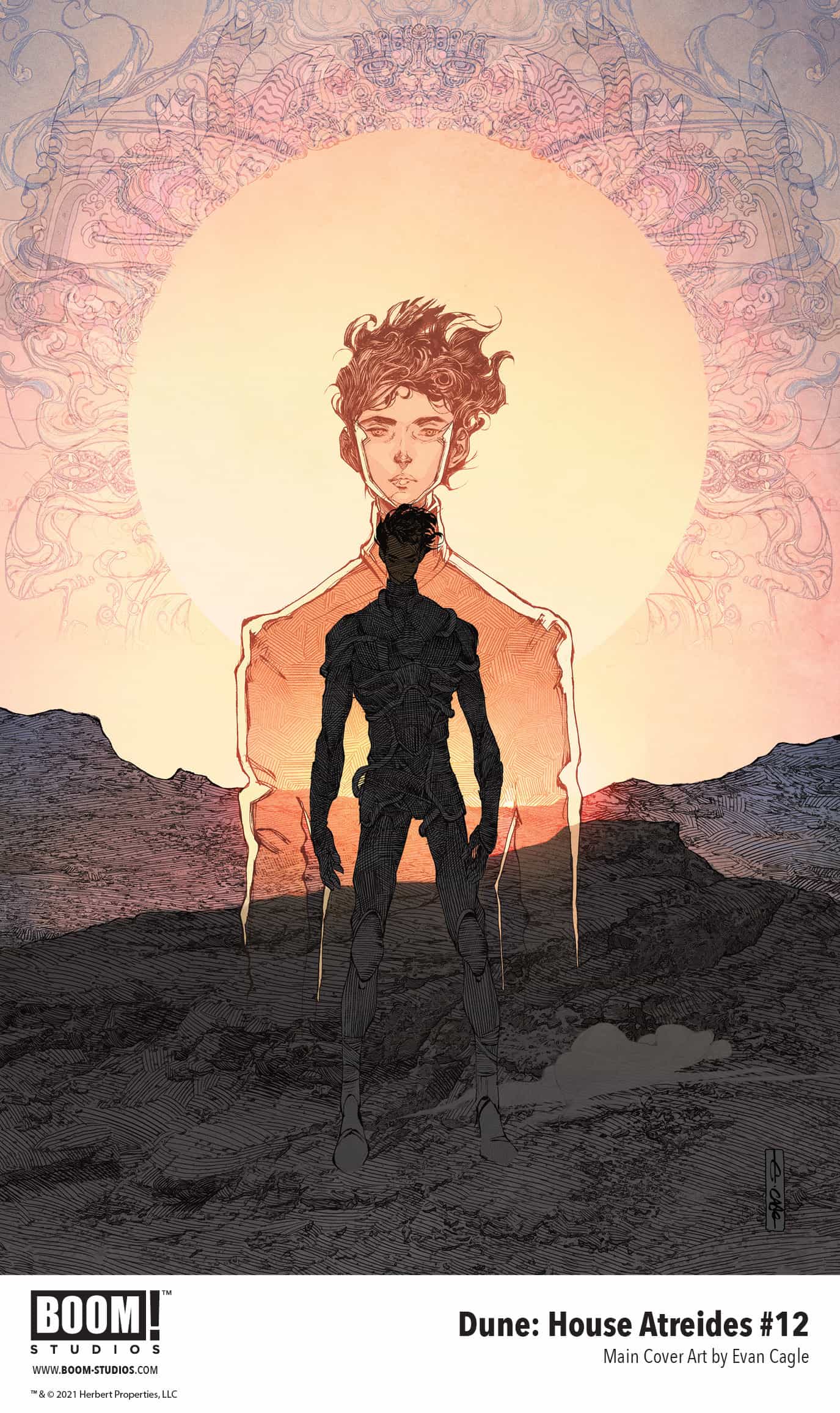 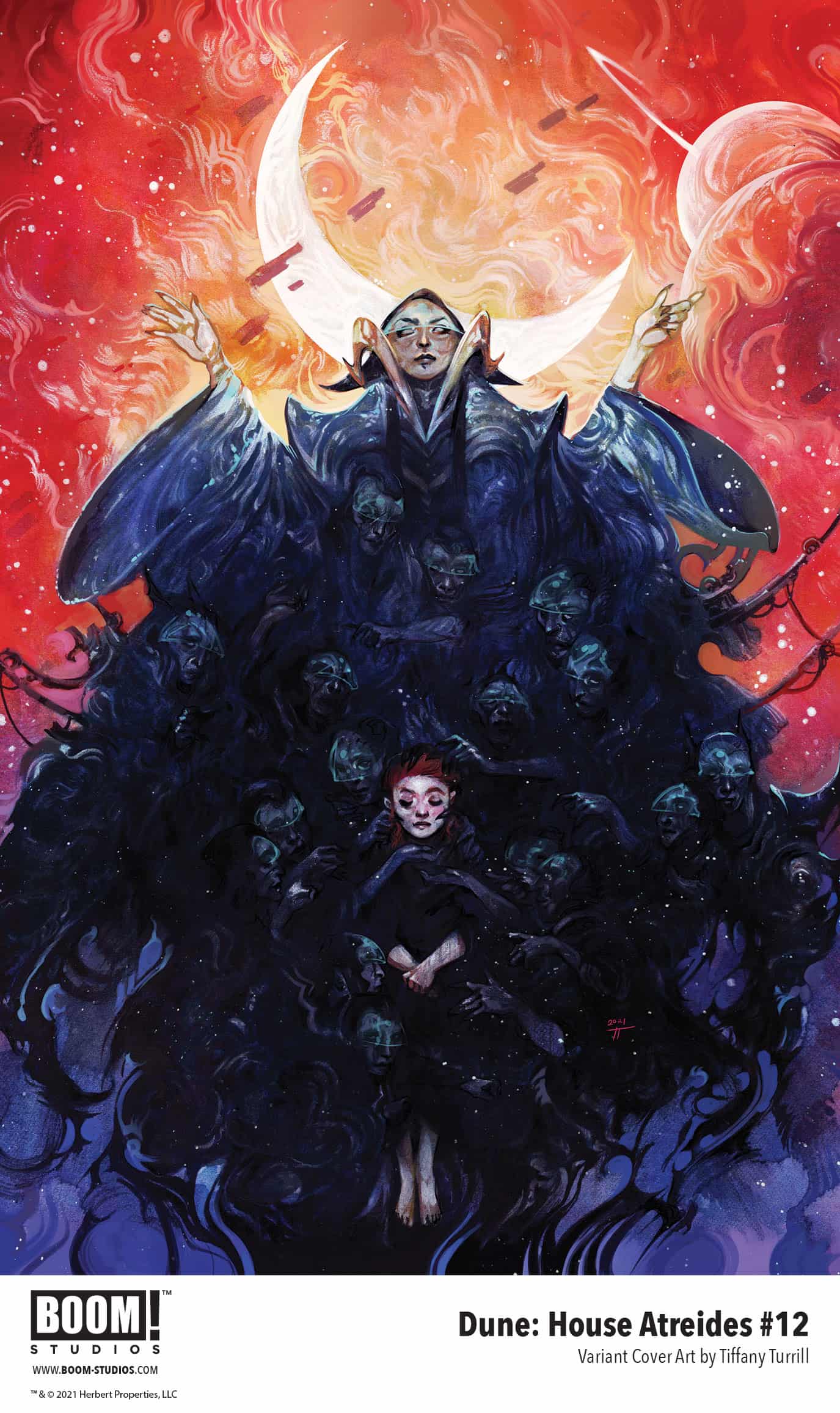 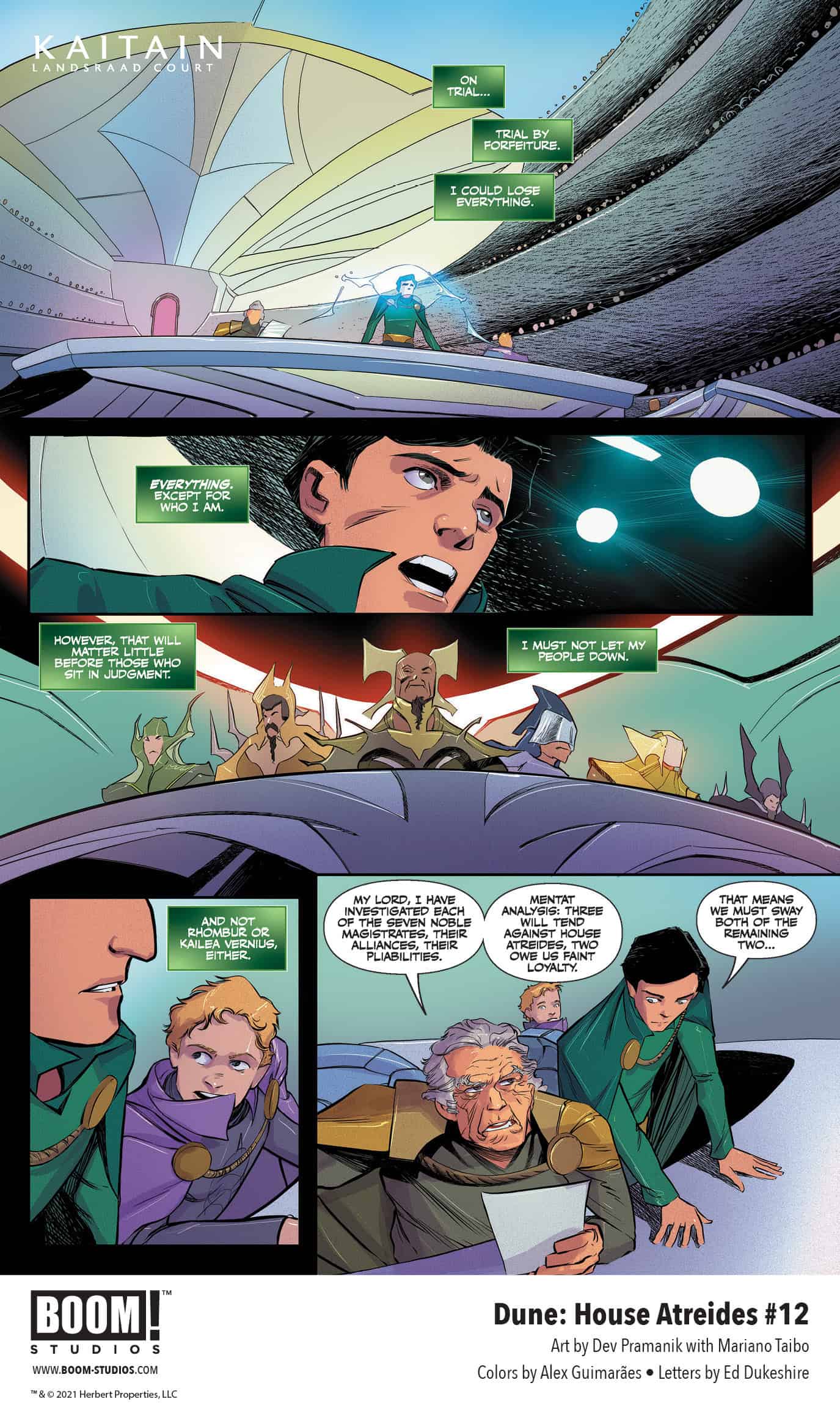 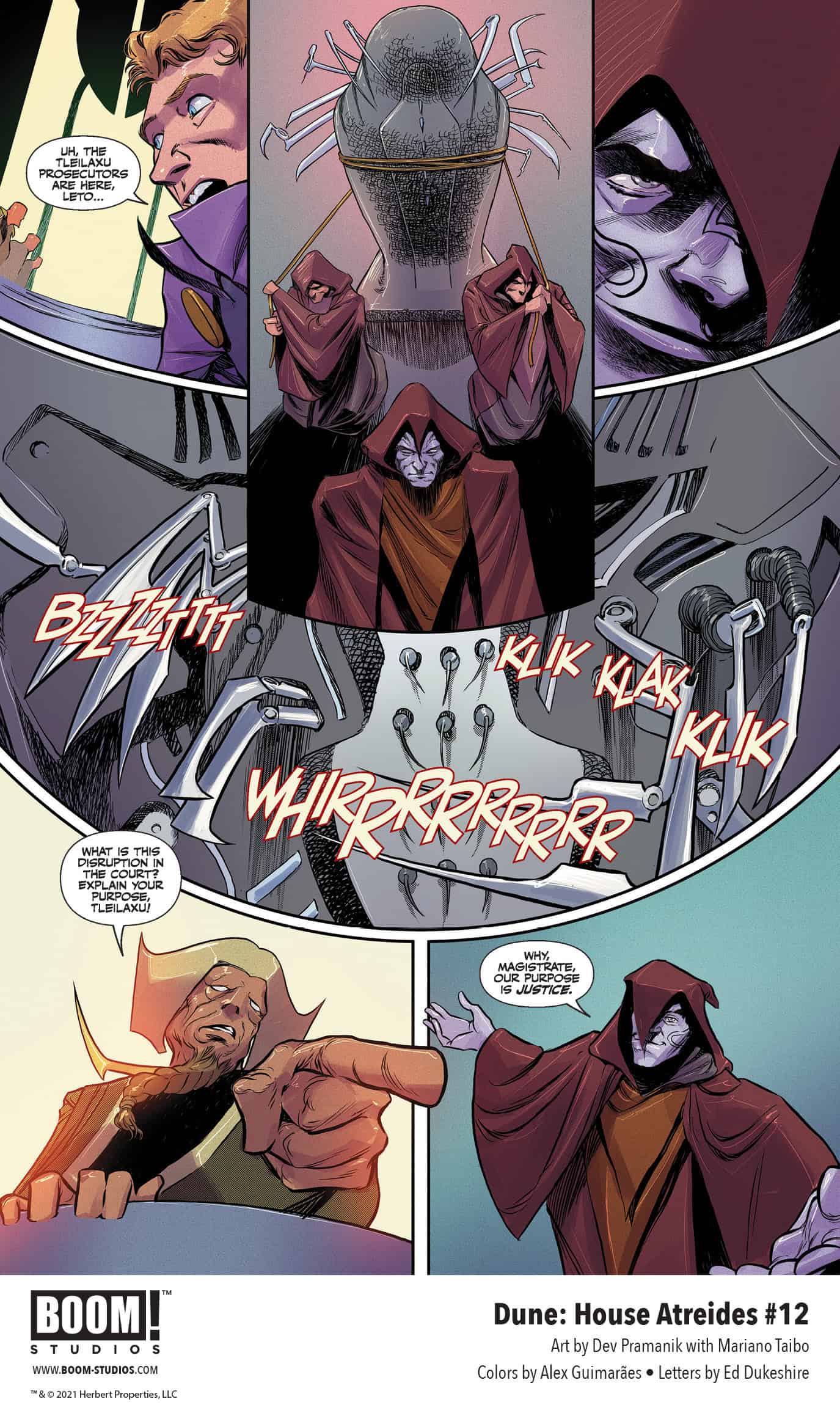 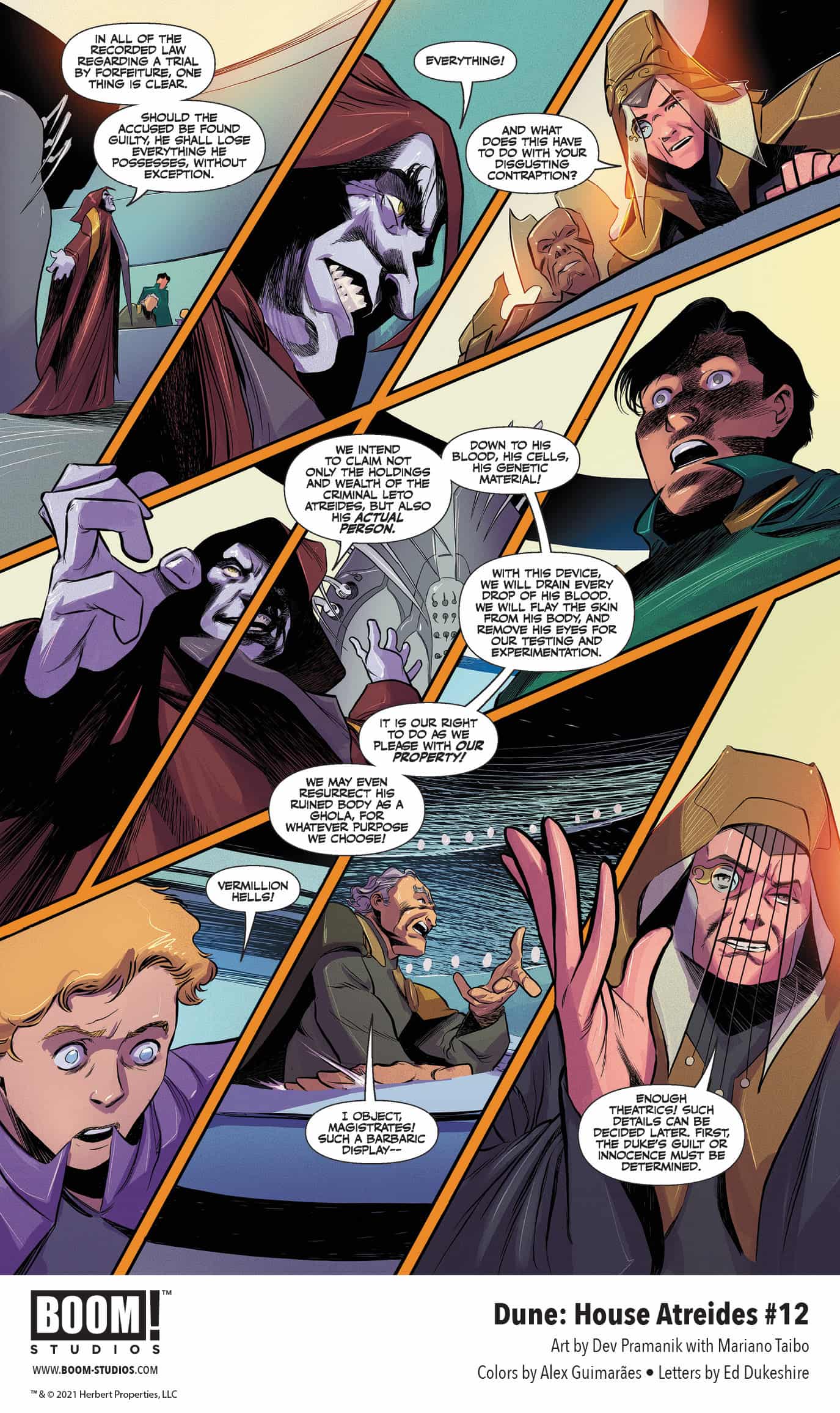 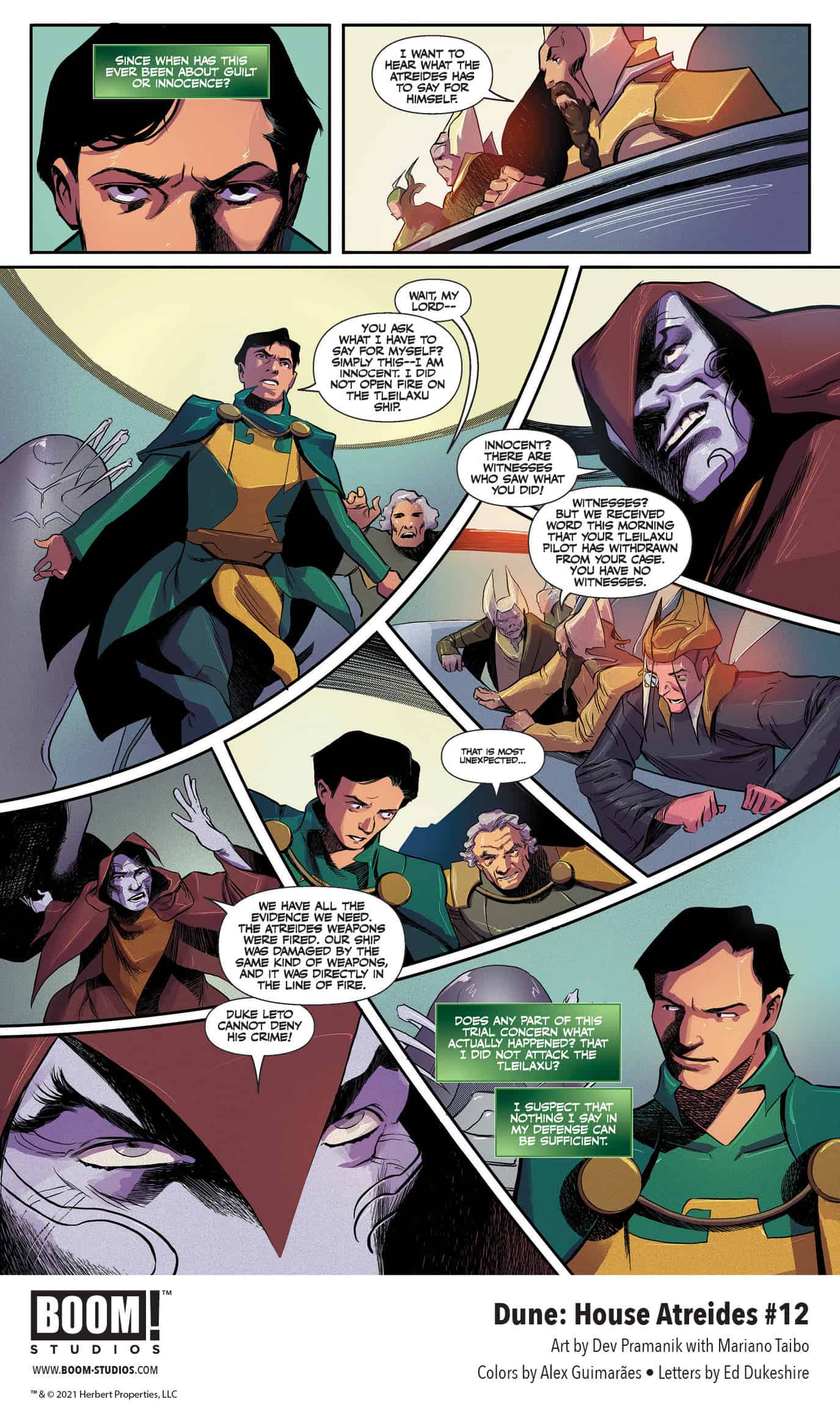 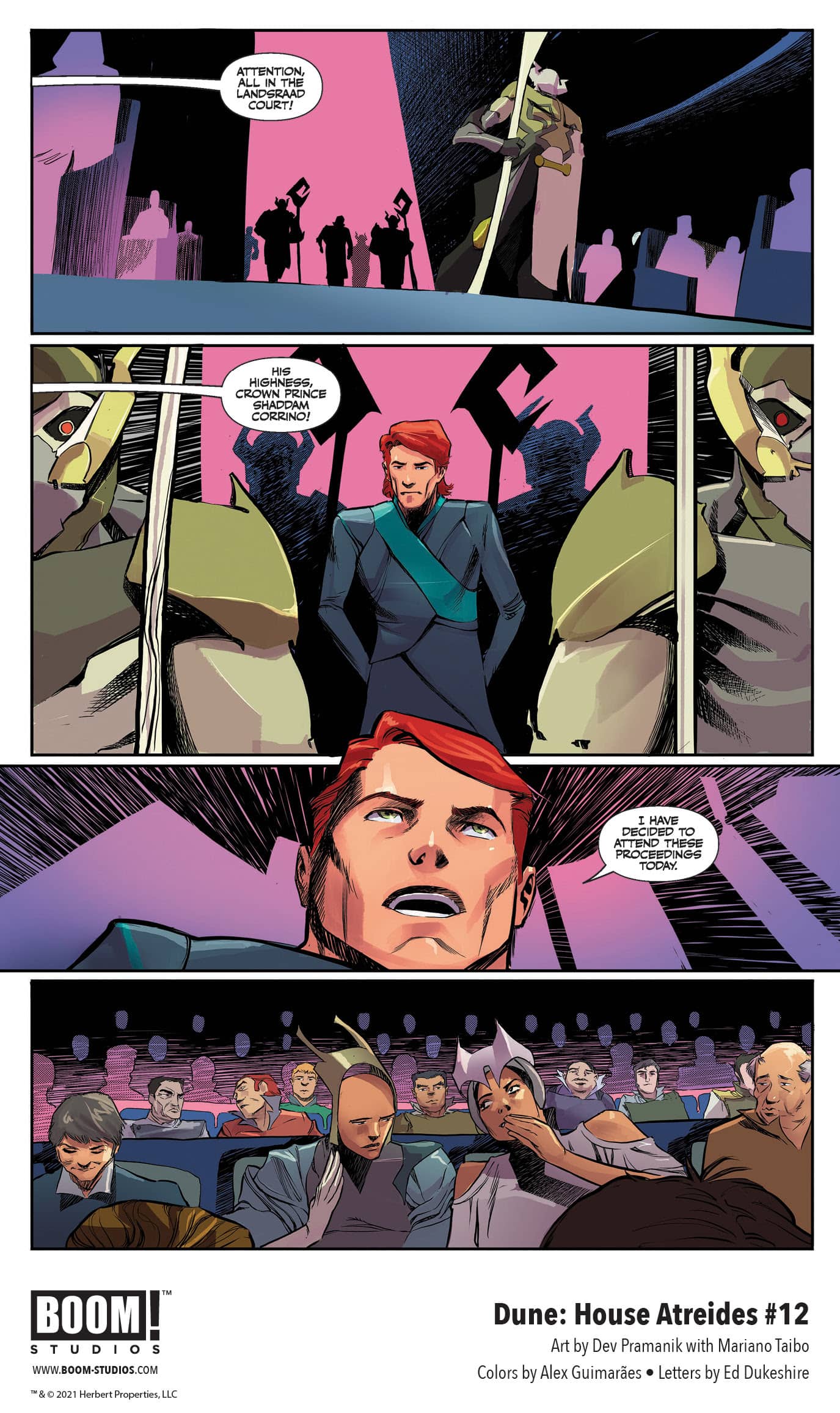 Print copies of DUNE: HOUSE ATREIDES #12 will be available on December 1, 2021 at local comic book shops (use comicshoplocator.com to find the one nearest you), or at the BOOM! Studios webstore. Digital copies can be purchased from content providers like comiXology, iBooks, Google Play, and Kindle. Print copies of DUNE: HOUSE ATREIDES Vol 1 HC are available now wherever books are sold.

For continuing news on the DUNE: HOUSE ATREIDES comic books from BOOM! Studios, stay tuned to boom-studios.com and follow @boomstudios on Twitter.