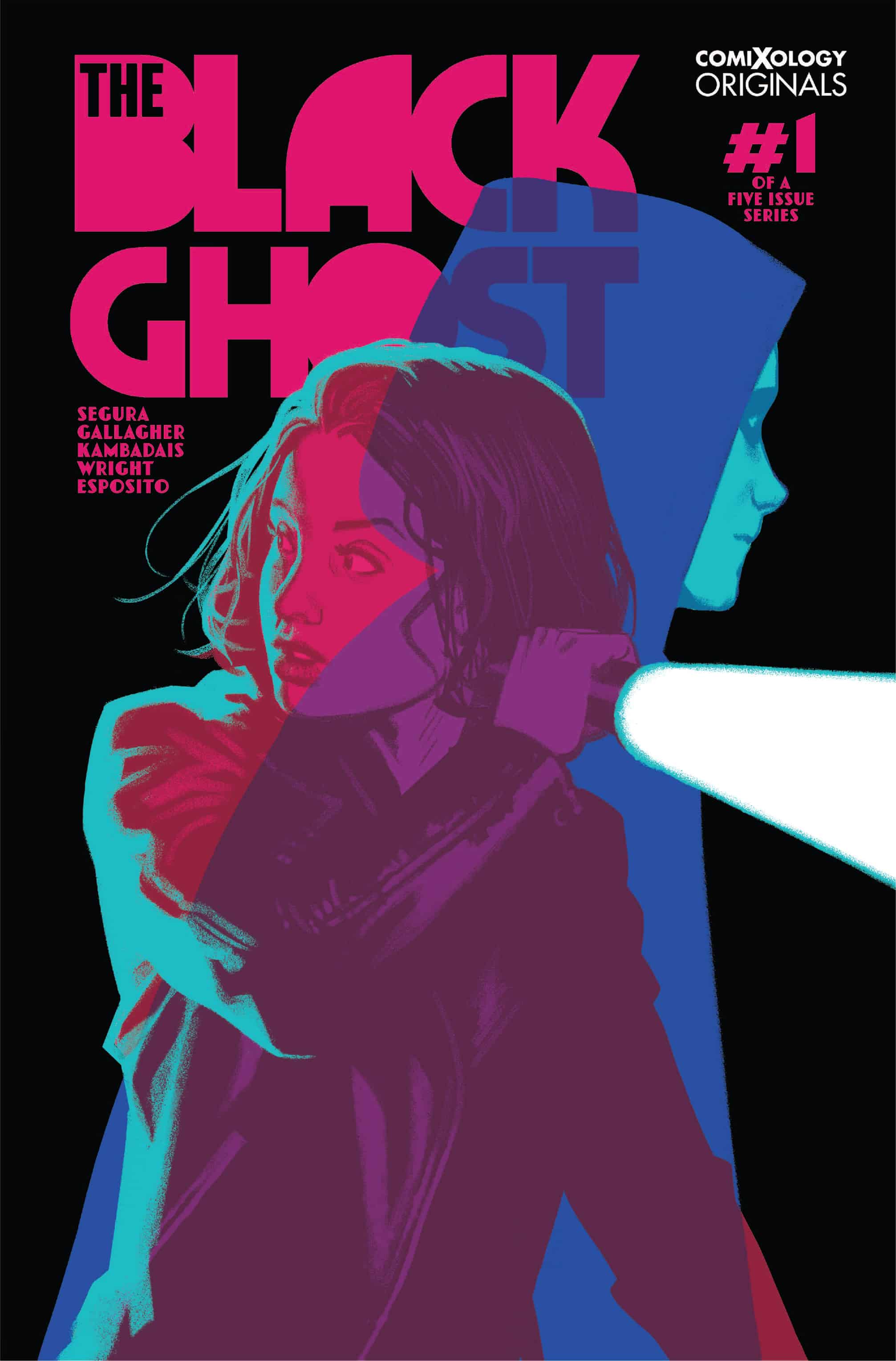 ComiXology, Amazon’s premier digital comics service, announced The Black Ghost – an all-new, creator-owned five-issue mini-series by co-writers Alex Segura and Monica Gallagher, with art by George Kambadais, colors by Ellie Wright, and lettering by Taylor Esposito, and is edited by Greg Lockard. The Black Ghost #1 features cover art by Greg Smallwood, with subsequent covers by fan-favorite artists Bill Sienkiewicz, Francesco Francavilla, Veronica Fish. The bold tale of a masked activist fighting for the soul of their city, The Black Ghost #1 is part of the comiXology Originals line of exclusive content and will debut September 18th. It will be available to read at no additional cost for Amazon Prime, Kindle Unlimited, and comiXology Unlimited members, and also available for purchase on Kindle and comiXology.

Lara Dominguez is a journalist chasing that one, big story. After a stint in the Middle East, the alcoholic reporter moves from her hometown of Miami to Creighton – a mid-Atlantic city that’s seen better days. She needs a huge, viral scoop that’ll send her into the journalistic stratosphere. Her target? Uncovering the identity of The Black Ghost – a masked vigilante trying to take down the wealthy oligarchs carving up the fading metropolis. But as she searches for the breakthrough story she desperately needs, Lara, will have to navigate the corruption of her adopted city, the uncertainties of virtue, and her own personal demons. 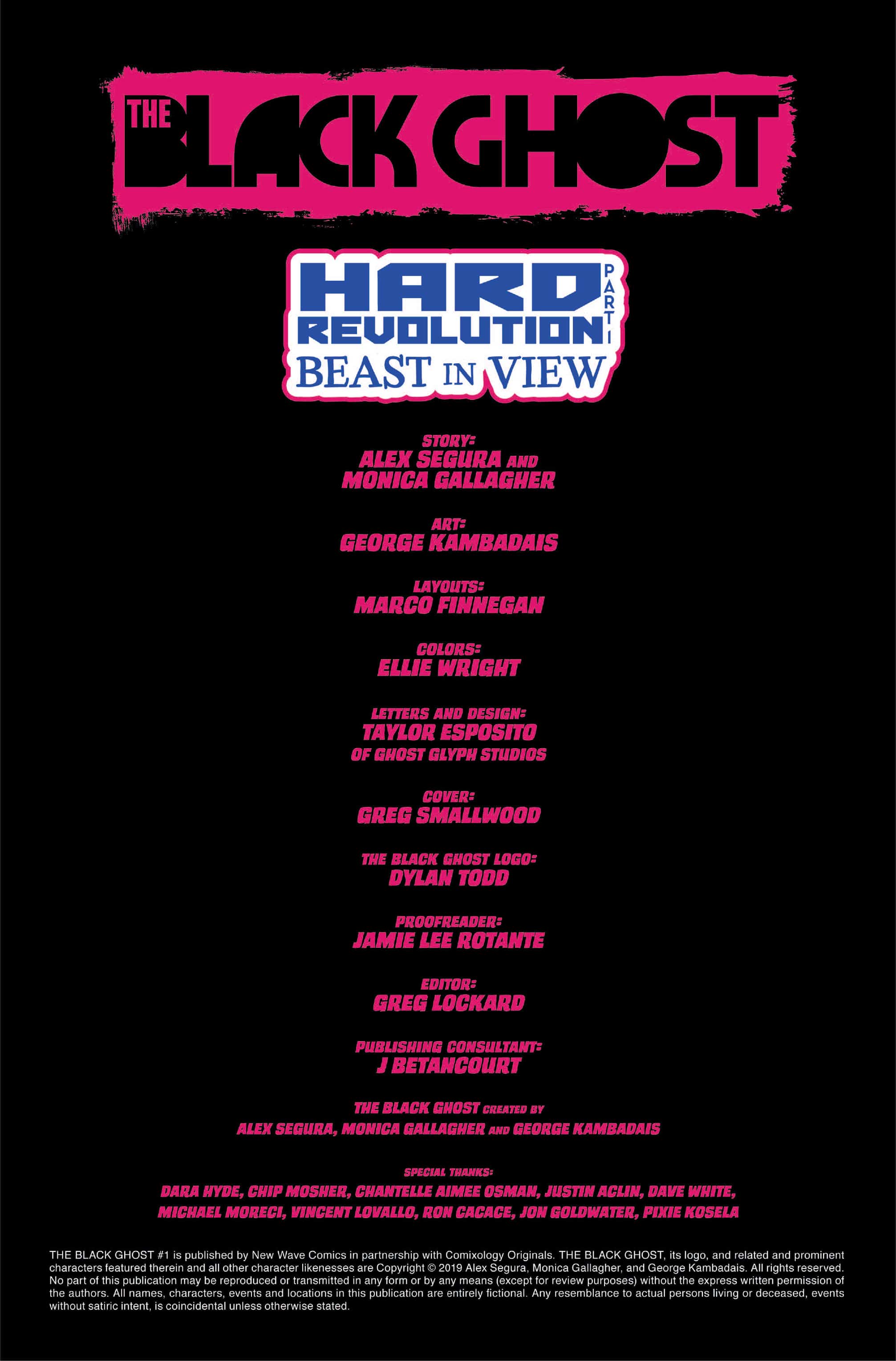 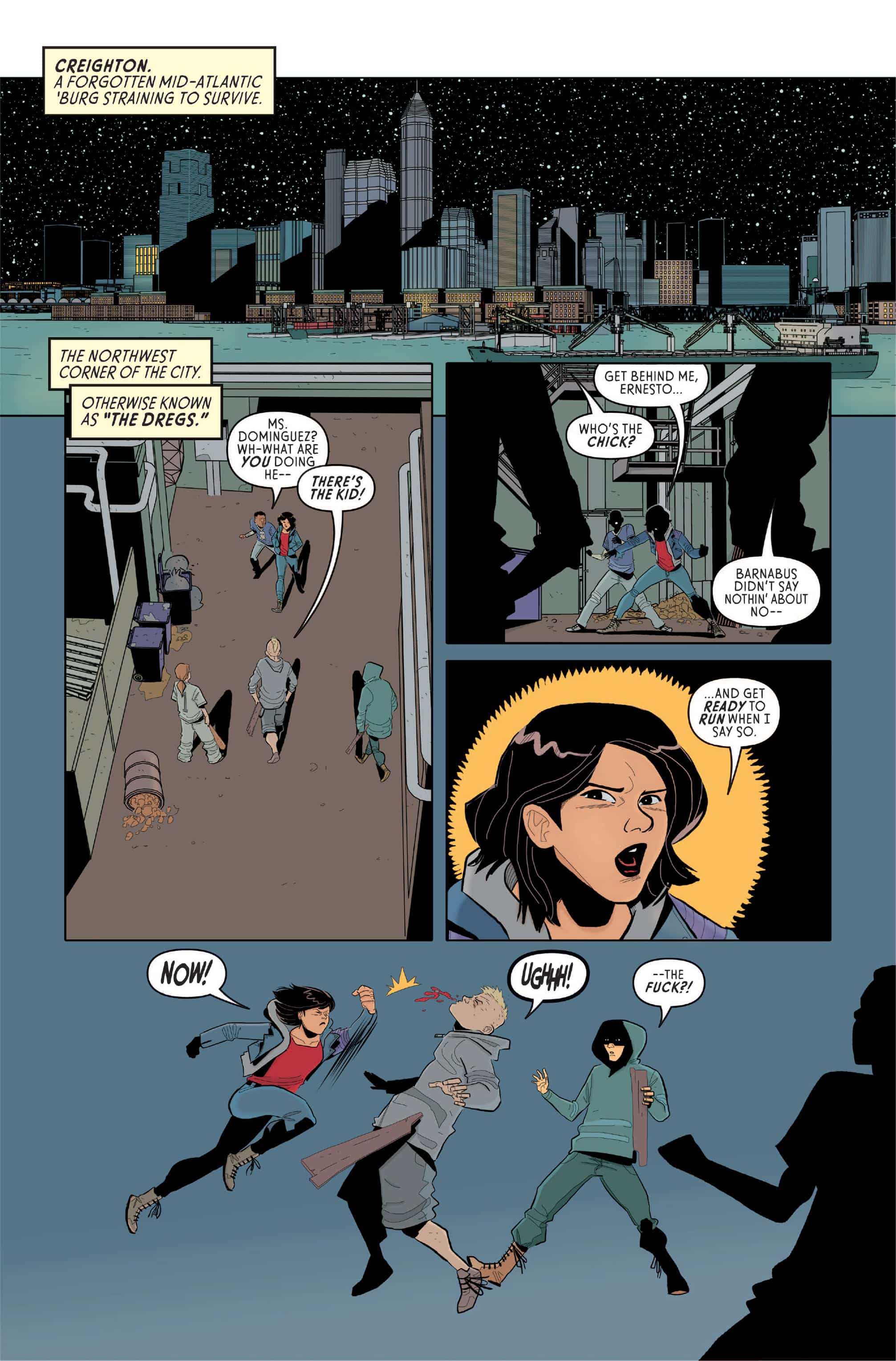 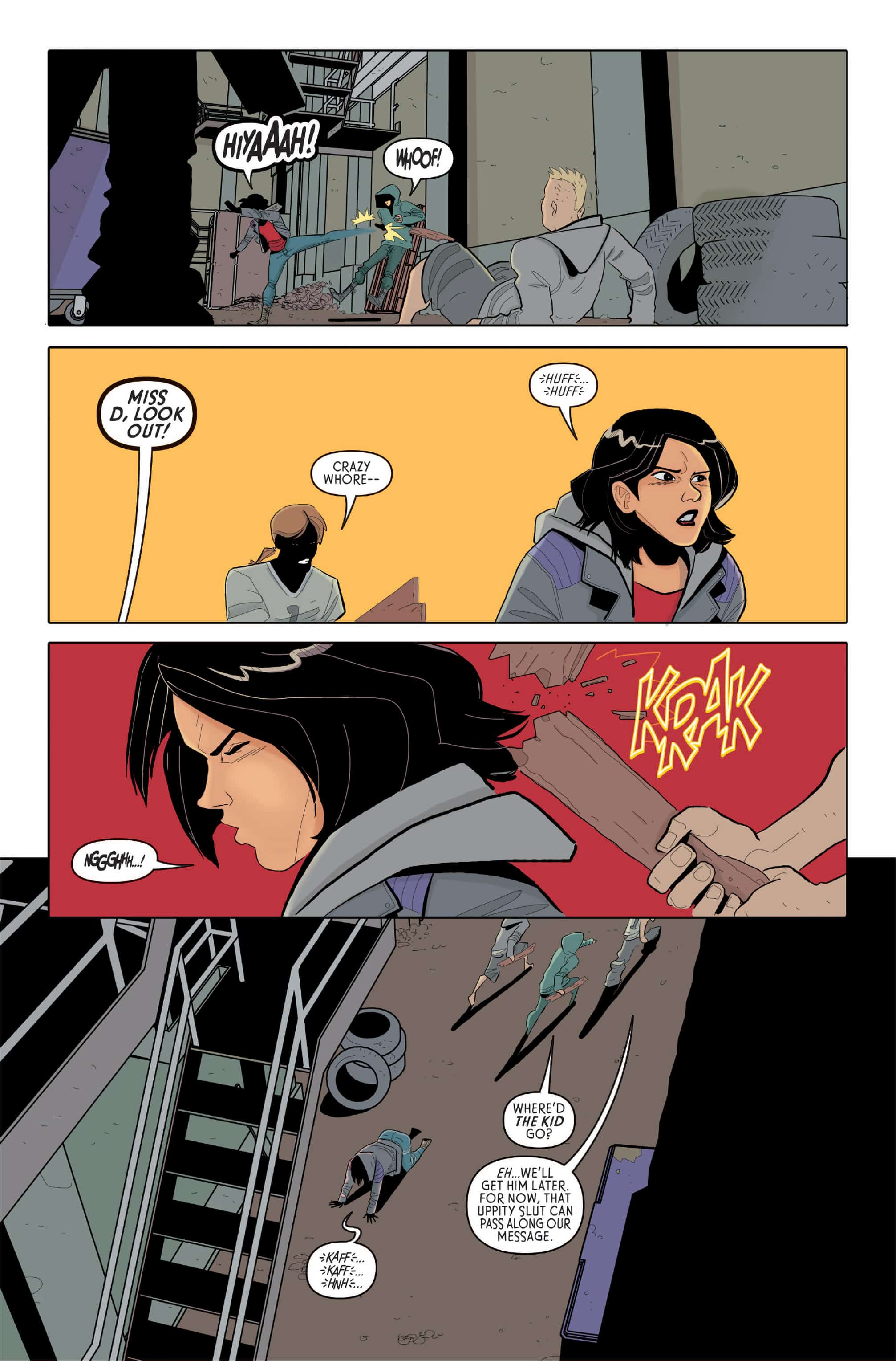 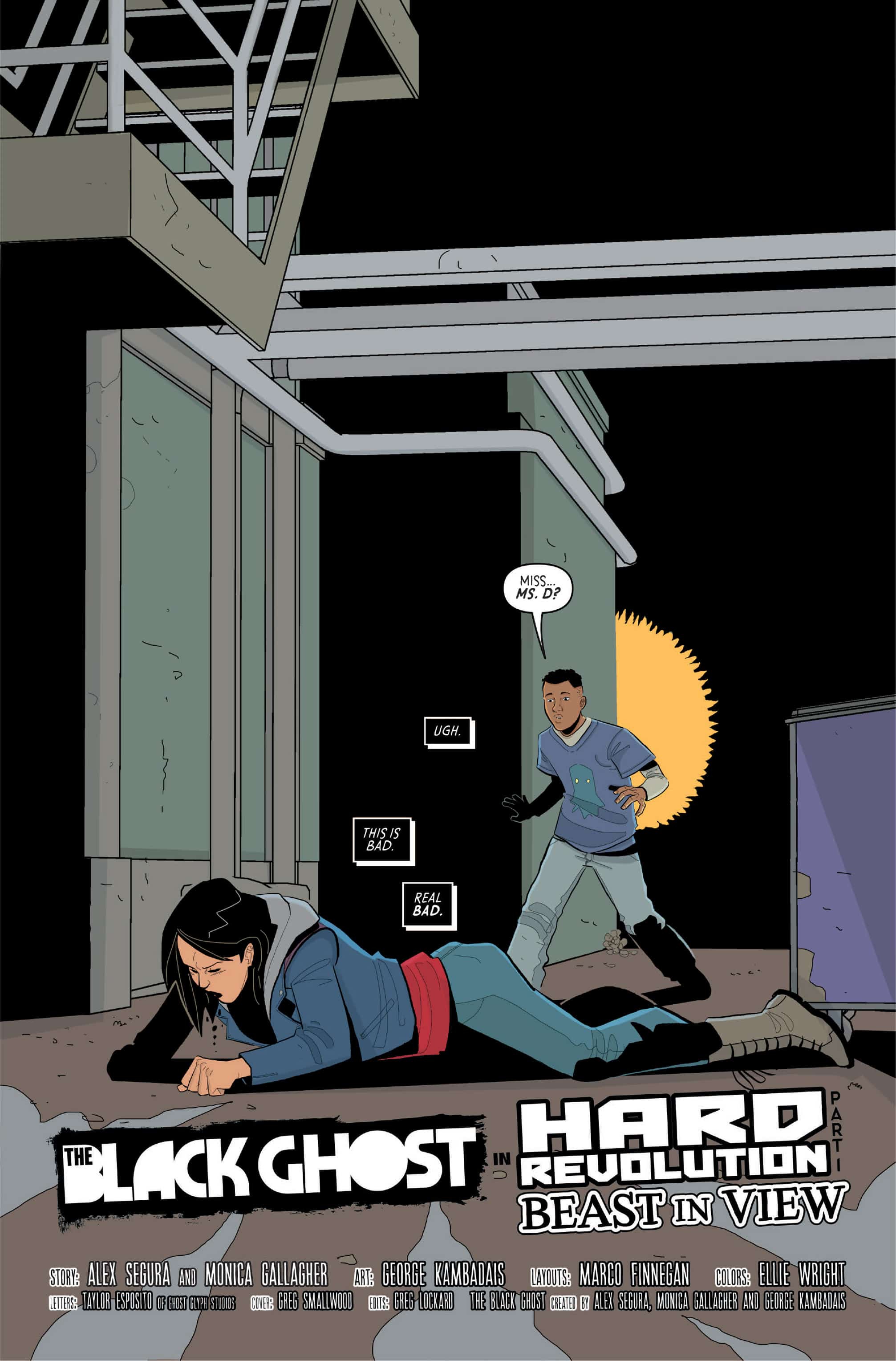 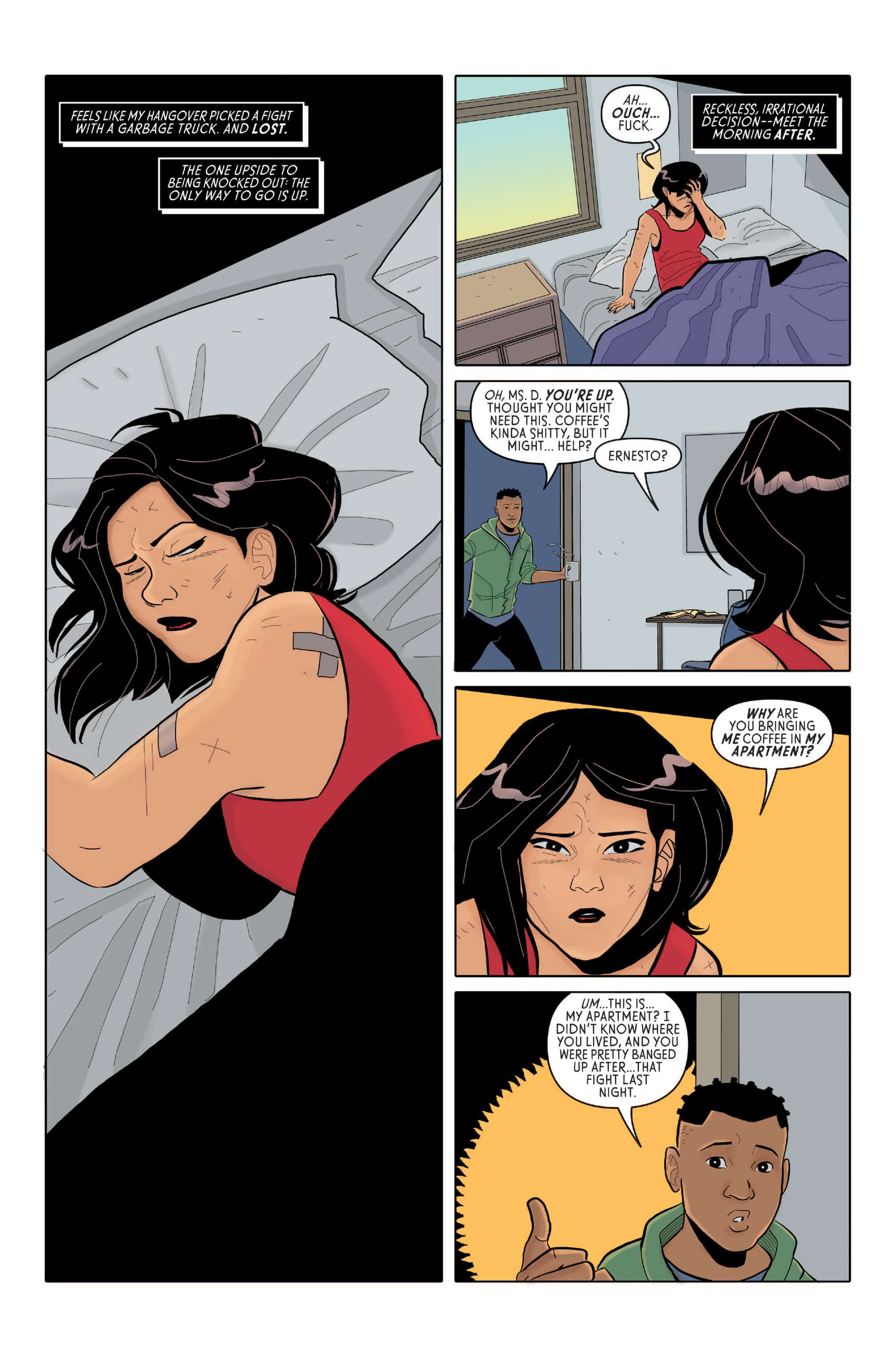 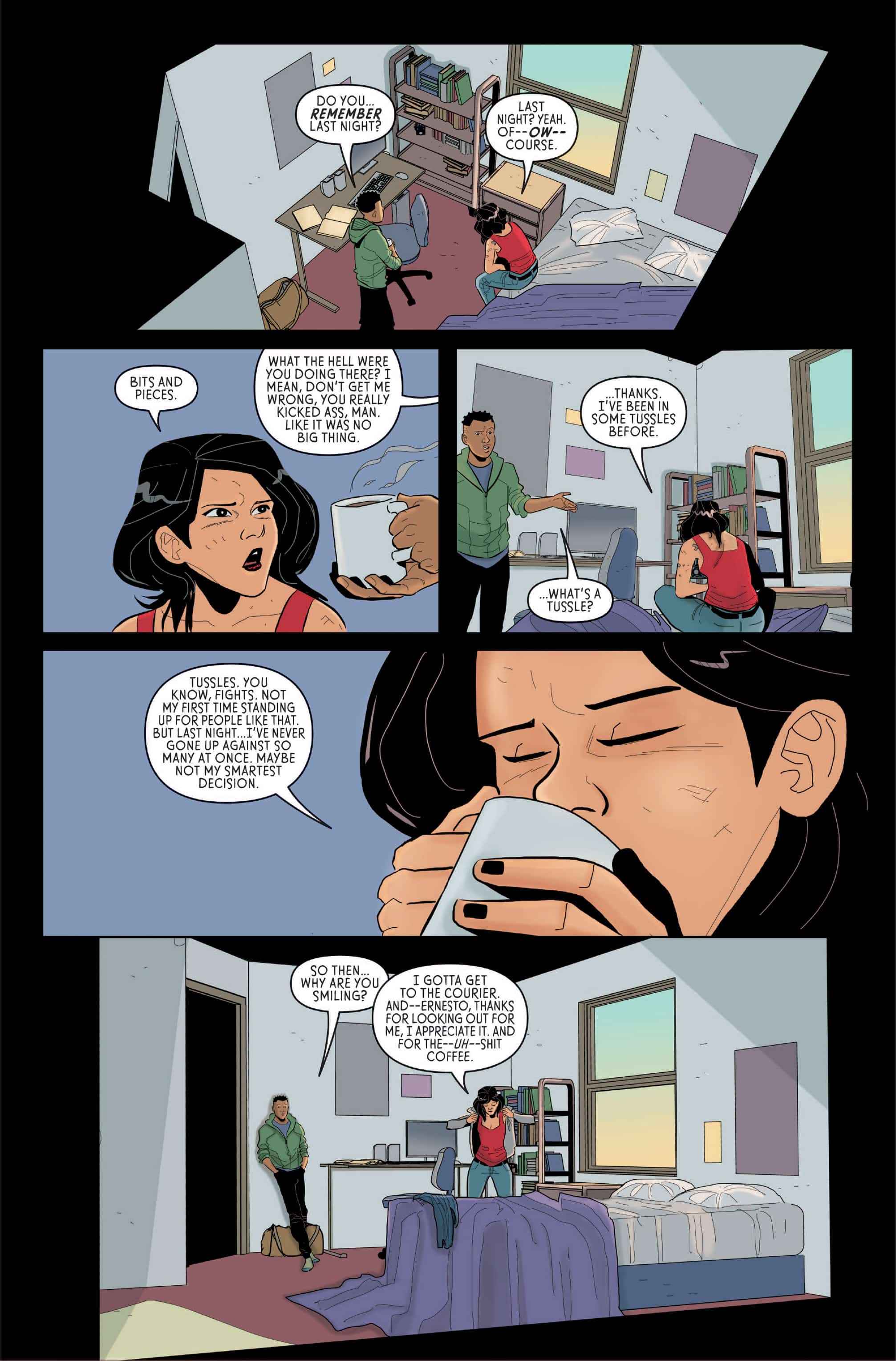 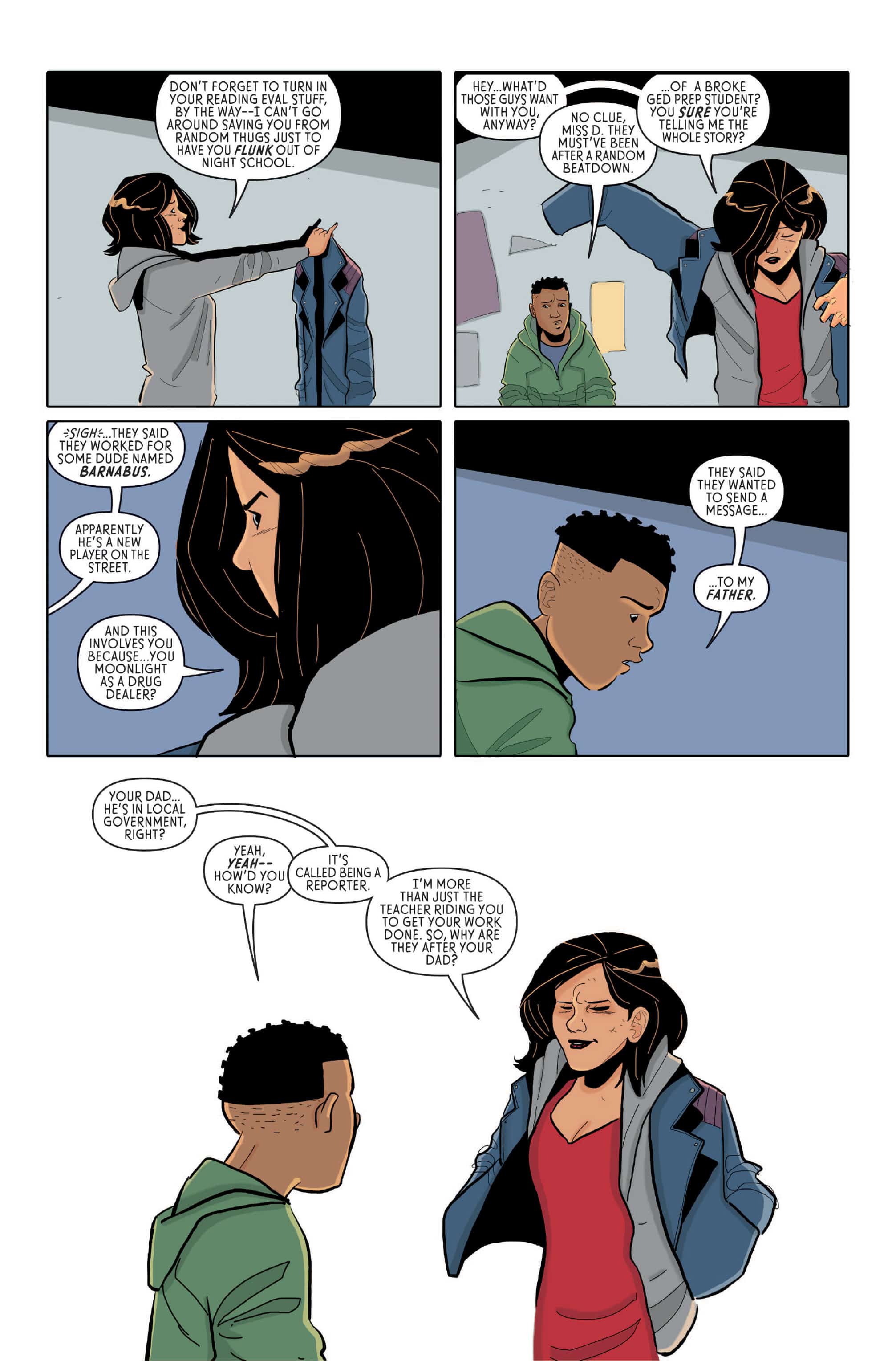 The Black Ghost is co-written by novelist Alex Segura (best known for his Pete Fernandez Miami mystery series) and Monica Gallagher – the same team who co-created and co-wrote the first season of the acclaimed crime podcast Lethal Lit, which The New York Times named as one of the Five Best Podcasts of 2018.

“The Black Ghost is a grounded, emotional story about one woman’s quest to surpass her flaws and become the hero she’s always known she can be,” says Segura. “George Kambadais’ art style drives the fast-paced story forward. His linework is so clean it almost seems like animation, highly contrasting the gritty atmosphere and evoking an unexpected vibe.”

“The Black Ghost is all about what happens when you’re given an amazing opportunity to do good, even if you’re not quite ready for it,” says Gallagher. “This was an important mindset that Alex and I were both eager to explore through Lara. By setting her demons against a pulpy, noir backdrop – which George’s beautiful artwork is perfect for – we’re able to contrast her personal messiness with the larger, sleeker crime world that engulfs her.”

The Black Ghost is already generating accolades from some of the biggest names in comics:

“Black Ghost is a wonderful comic. Inventive and fresh and full of mystery and mood.”

“The Black Ghost is the modern pulp hero story I didn’t know I couldn’t live without. Smart writing, engaging characters and drawn with real charisma, it manages to be both sweetly nostalgic and completely energizing to the beloved pulp tradition that is its inspiration. I can’t wait for more.”

“Seriously compelling, with a lead you can’t help but root for. Read this.”

“The Black Ghost promises an amalgam of genres that takes on the realities and challenges of our world today. This fusion takes the thrills and suspense of masked caped crusades and blends in the mysteries of contemporary investigative journalism to tell a story that’s both exciting and current.”

“The Black Ghost is a great twist on classic pulpy superhero noir. Segura, Gallagher, and Kambadais have created a cast of characters and a world you’re going to want to come back to.”

A modern take on the urban vigilante story, The Black Ghost #1 debuts on September 18th from comiXology Originals.

Alex Segura is the author of the acclaimed and twice Anthony Award-nominated Pete Fernandez Miami Mystery series, published by Polis Books. The latest novel in the series, Miami Midnight, is out now. Alex has also written various comic books, including The Archies, Archie Meets Ramones, and a story in the Eisner-nominated Where We Live anthology. His short stories have appeared in numerous collections and he is the co-creator and co-writer of the Lethal Lit podcast from iHeart Radio, which was named one of the Five Best Podcasts of 2018 by The New York Times. You can find him at www.alexsegura.com.

Monica Gallagher is a writer and illustrator with over fifteen years of experience making comics with a positive, feminist spin. She has published work with Oni Press, Vertigo, Papercutz, and Valiant, self-published several of her own mini-comics and books, and Kickstarted the first collected volume of her webcomic Bonnie N. Collide, Nine to Five. Currently, Monica has two series comics on Webtoons – Assassin Roommate (which won a Ringo award in 2018 for Best Hero!), and BOO! It’s Sex with Danielle Corsetto. She also co-wrote the first season of Lethal Lit, (metioned bythe NewYork Times as “A Great Podcast of 2018”!) with Alex Segura for iHeart Radio. Monica resides in Austin with her boyfriend and her enormous ginger cat.

George Kambadais is a comic book artist from Greece. He is the co-creator of THE DOUBLE LIFE OF MIRANDA TURNER for Image Comics with Jamie S. Rich, GRAVE LILIES for Z2 Comics with Cullen Bunn and SHORT ORDER CROOKS with Chris Sebela for 2 Headed Press. He did the art on VAMPIRE DIARIES #5 for DC Comics with Leah Moore and John Reppion, and on NUMBER 13, a short story, part of the anthology GHOST STORIES OF AN ANTIQUARY, VOLUME 2, written, again, by Leah Moore and John Reppion, for Selfmadehero. Also, this year will see the release of the limited series I CAN SELL YOU A BODY from IDW, written by Ryan Ferrier. You can find him at