Master of horror Scott Snyder teams up with legendary artist Denys Cowan for a thrilling new penny dreadful in Nocterra Special: Blacktop Bill. This special one-shot issue from Image Comics is set to land on shelves this December and haunt fans of Snyder and Tony S. Daniel’s bestselling series Nocterra.

“We’re so excited to give you this special about Nocterra’s twisted breakout star and big bad, Blacktop Bill,” said Snyder. “This issue will tell Bill’s secret origin, and we couldn’t have better partners than legend Denys Cowan and Chris Sotomayor! Get ready for some of the most twisted fun yet…”

Daniel added: “We’re so happy to bring this thrilling, crazy and haunting story of Blacktop Bill to you. I’m a big fan of both Denys Cowan and Sotomayor and they’re going to crush it in this story. We’re really excited to work with such talented creators for this Nocterra Special!”

Behold the book of Blacktop Bill. In the wake of the first arc’s explosive finale, the origin of Nocterra’s most terrifying creature will at last be revealed in Nocterra Special: Blacktop Bill. Witness the horrors that await… 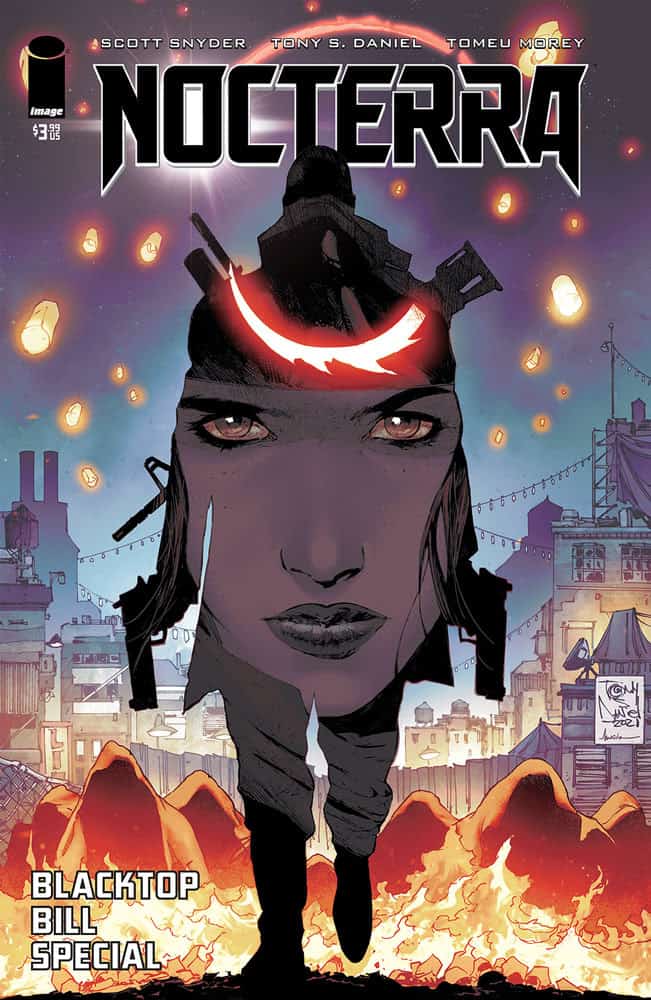 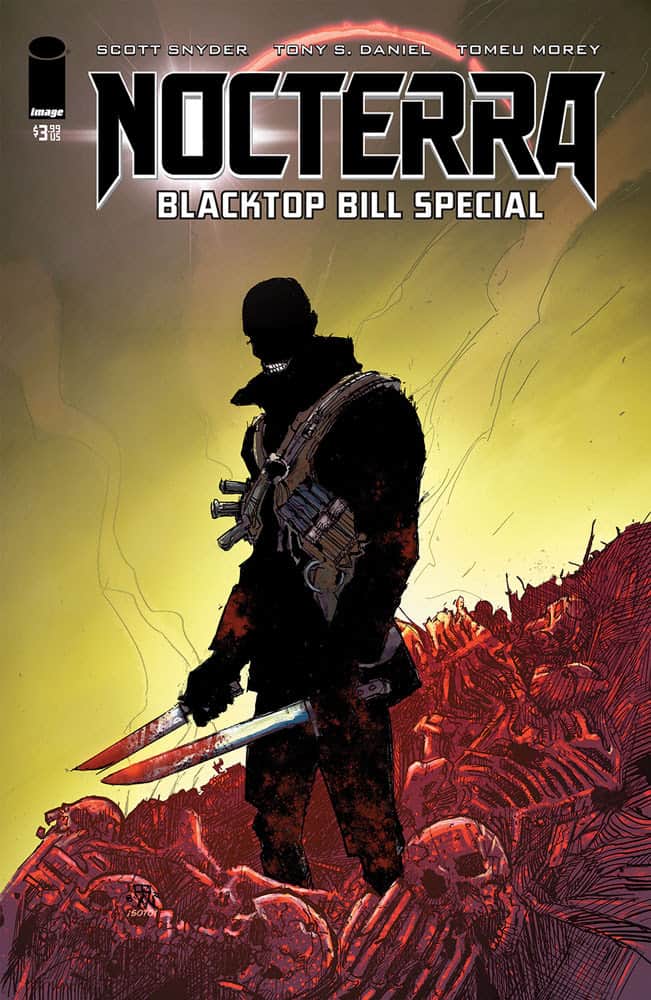 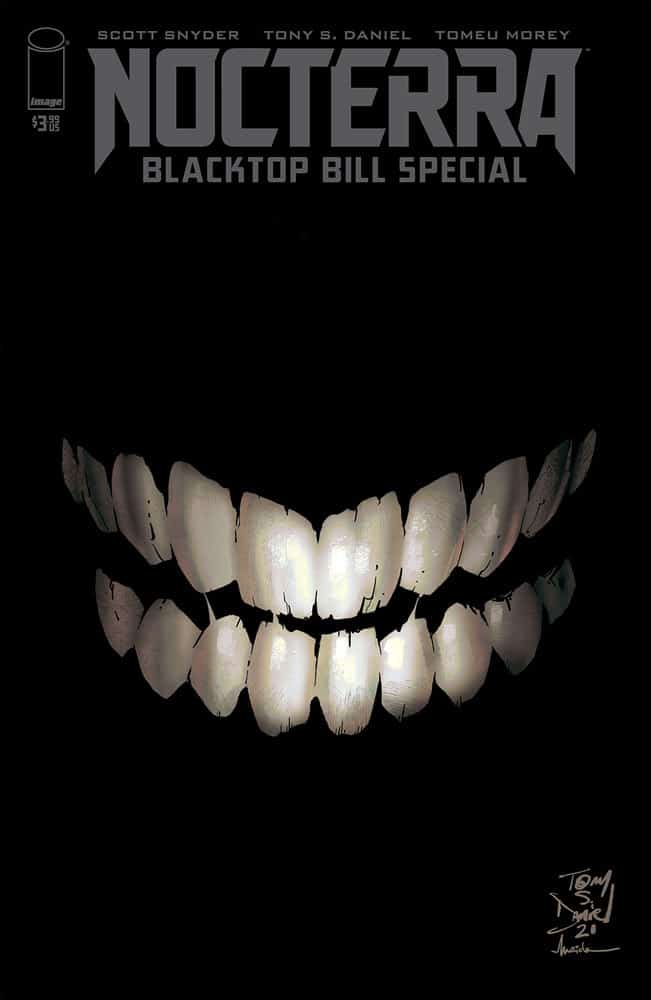 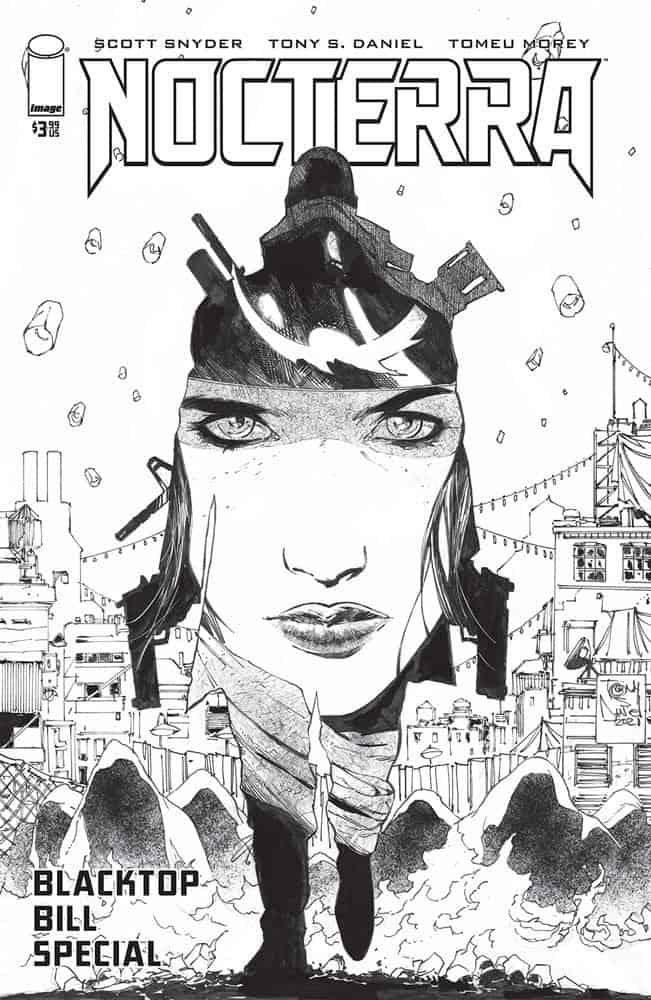 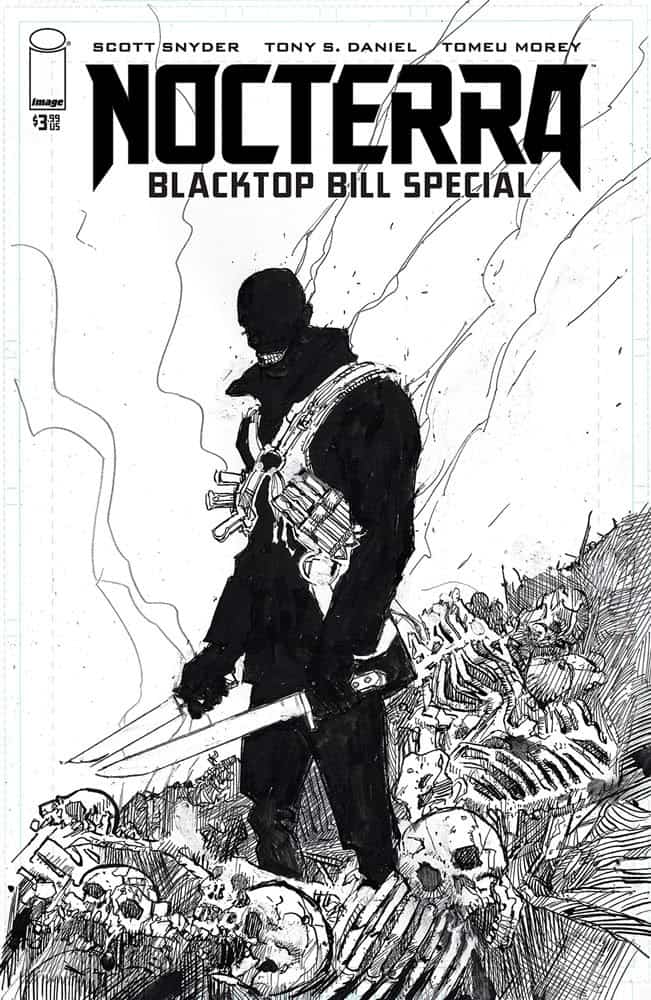 Nocterra Special: Blacktop Bill will also be available for purchase across many digital platforms, including Amazon Kindle, Apple Books, and Google Play.

Nocterra, Vol. 1: Full Throttle Dark trade paperback (ISBN: 978-1534319943, Diamond Code JUL210111) collects issues #1-6 of the ongoing series and will be available on Wednesday, October 13 and in bookstores on Tuesday, October 19. It can be pre-ordered at your local comic book shop or independent bookstore or via Amazon, Barnes & Noble, Books-a-Million, and Indigo.