NEWS WATCH: The Cold War Heats Up for the Captains America!

New York, NY—  A new legendary saga in Captain America’s 80-year history is just on the horizon! Kicking off next year, COLD WAR will be an epic comic book crossover between both current Captain America ongoing titles—writers Collin Kelly and Jackson Lanzing and artist Carmen Carnero’s CAPTAIN AMERICA: SENTINEL OF LIBERTY and writer Tochi Onyebuchi and artist R.B. Silva’s CAPTAIN AMERICA: SYMBOL OF TRUTH. Each series has taken huge strides exploring the complex Captain America legacy with shocking truths about Steve Rogers’ mythic beginnings and an intense showdown between Sam Wilson and the nation of Wakanda. Next week at New York Comic Con, fans can witness what all this riveting build up will lead to at Thursday’s Captain America: Cold War – A This Week in Marvel Special Event where new information about the crossover, including Winter Soldier’s key role, will be revealed! In the meantime, learn more about what’s to come for Captain America this January!

In CAPTAIN AMERICA: SENTINEL OF LIBERTY #8, Captain America’s allies find themselves scattered across the country with no recollection of how they got there, so Steve calls in a favor with the one person he knows can help – mutant telepath Emma Frost! But what Emma finds chills Steve Rogers to the bone… And as Steve and his allies race to save a city under siege by A.I.M., the Outer Circle’s ultimate assassin is revealed: Introducing M.O.D.O.C., the Mental Organism Designed Only for Control!

In CAPTAIN AMERICA: SYMBOL OF TRUTH #9, Captain America’s understanding of his conflict with the White Wolf is flipped upside-down when White Wolf unleashes an enemy from Nomad’s past onto Mohannda’s civilians. Sam Wilson’s first priority is now stopping the onslaught from Dimension Z before it’s too late – but at what cost to his allies? 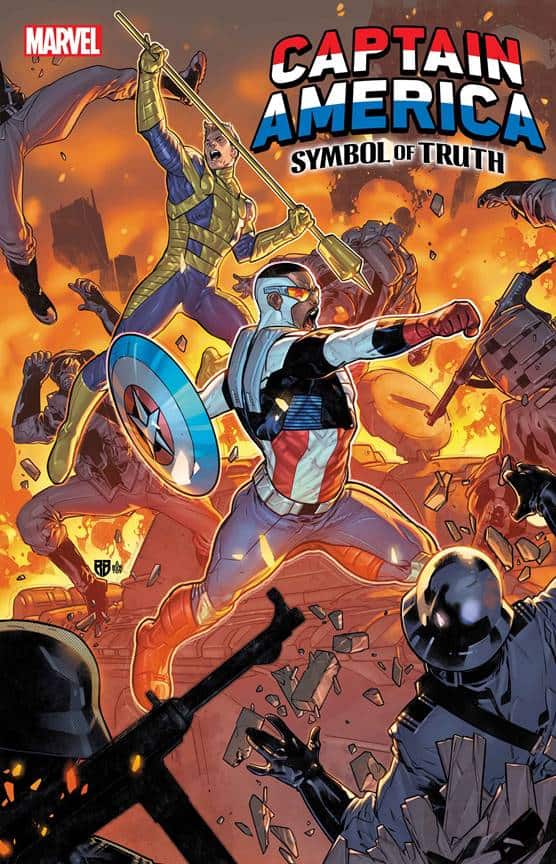 Art and Cover by R.B. SILVA 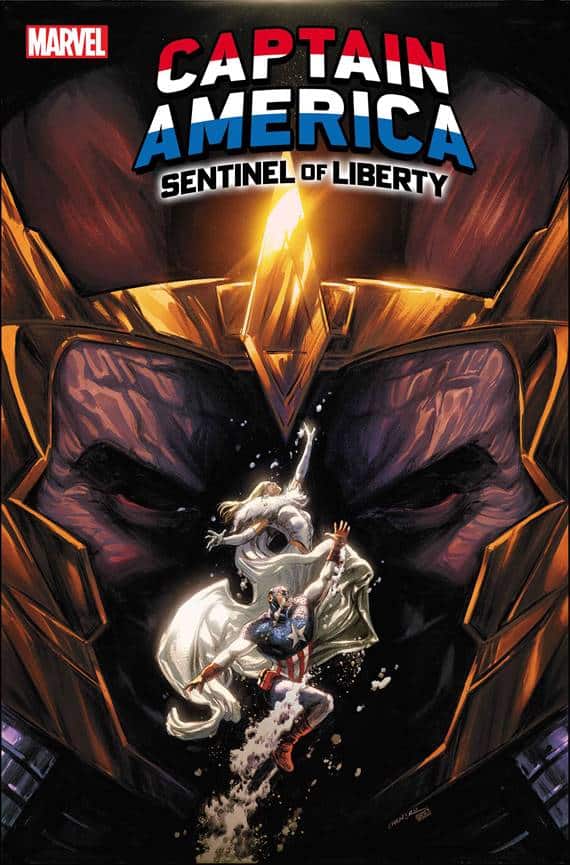 Art and Cover by CARMEN CARNERO

NEWS WATCH: The Cold War Heats Up for the Captains America!