NEWS WATCH: THE DEATH OF SCARLET WITCH UNLEASHES CHAOS ON THE WORLD OF MUTANTKIND IN NEW X-MEN: THE TRIAL OF MAGNETO TRAILER!

The Scarlet Witch is dead and all eyes are on Magneto! Is the Master of Magnetism guilty in the murder of the Avenger he once thought to be his daughter, or does the true culprit still lurk on Krakoa? Find out in X-MEN: THE TRIAL OF MAGNETO, a new limited series written by X-Factor scribe Leah Williams and drawn by rising star Lucas Werneck. This critical chapter in Johnathan Hickman’s X-Men era will divide the thriving mutant nation of Krakoa, threaten the X-Men’s standing within the wider Marvel Universe, and explore the past and future of Wanda Maximoff’s relationship with mutantkind. Get your first look at the mystery in the all-new X-MEN: TRIAL OF MAGNETO trailer, featuring never-before-seen artwork.

“When has Magneto ever allowed bureaucracy to get between himself and what’s just? In the island paradise of Krakoa, safe haven and home for mutants–Magneto’s hard-fought, greatest desire of seeing his people at peace and thriving has finally been achieved. But Magneto’s loyalty extends only as far as it is first earned, so after the Hellfire Gala, when he learns that even a paradise could still be filled with lies…the TRIAL OF MAGNETO will begin,” Williams teased when the series was first announced. 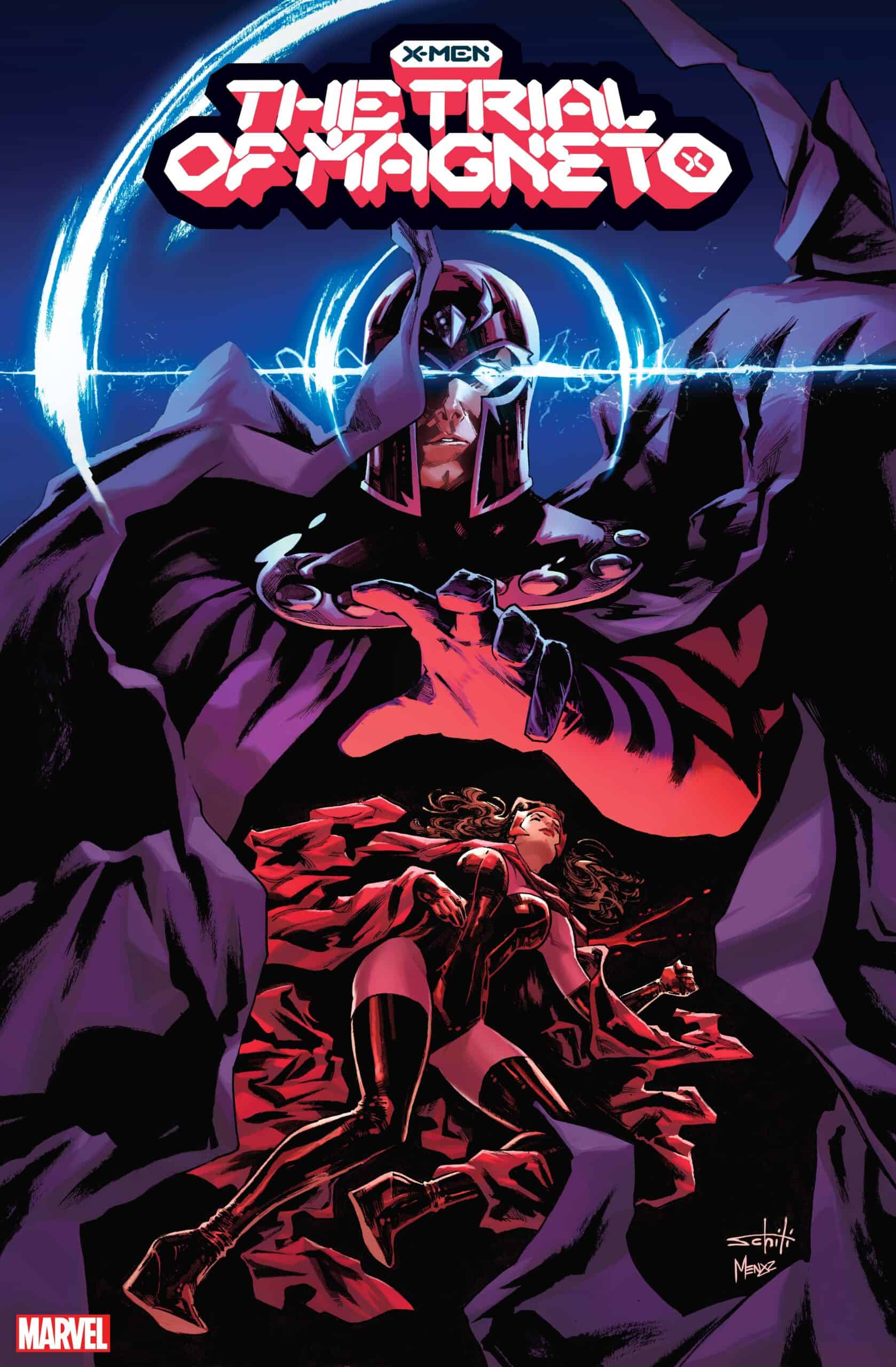 Be there for the verdict for one of the greatest crimes in Marvel Comics history when X-MEN: THE TRIAL OF MAGNETO #1 hits stands on August 18th.

NEWS WATCH: THE DEATH OF SCARLET WITCH UNLEASHES CHAOS ON THE WORLD OF MUTANTKIND IN NEW X-MEN: THE TRIAL OF MAGNETO TRAILER!