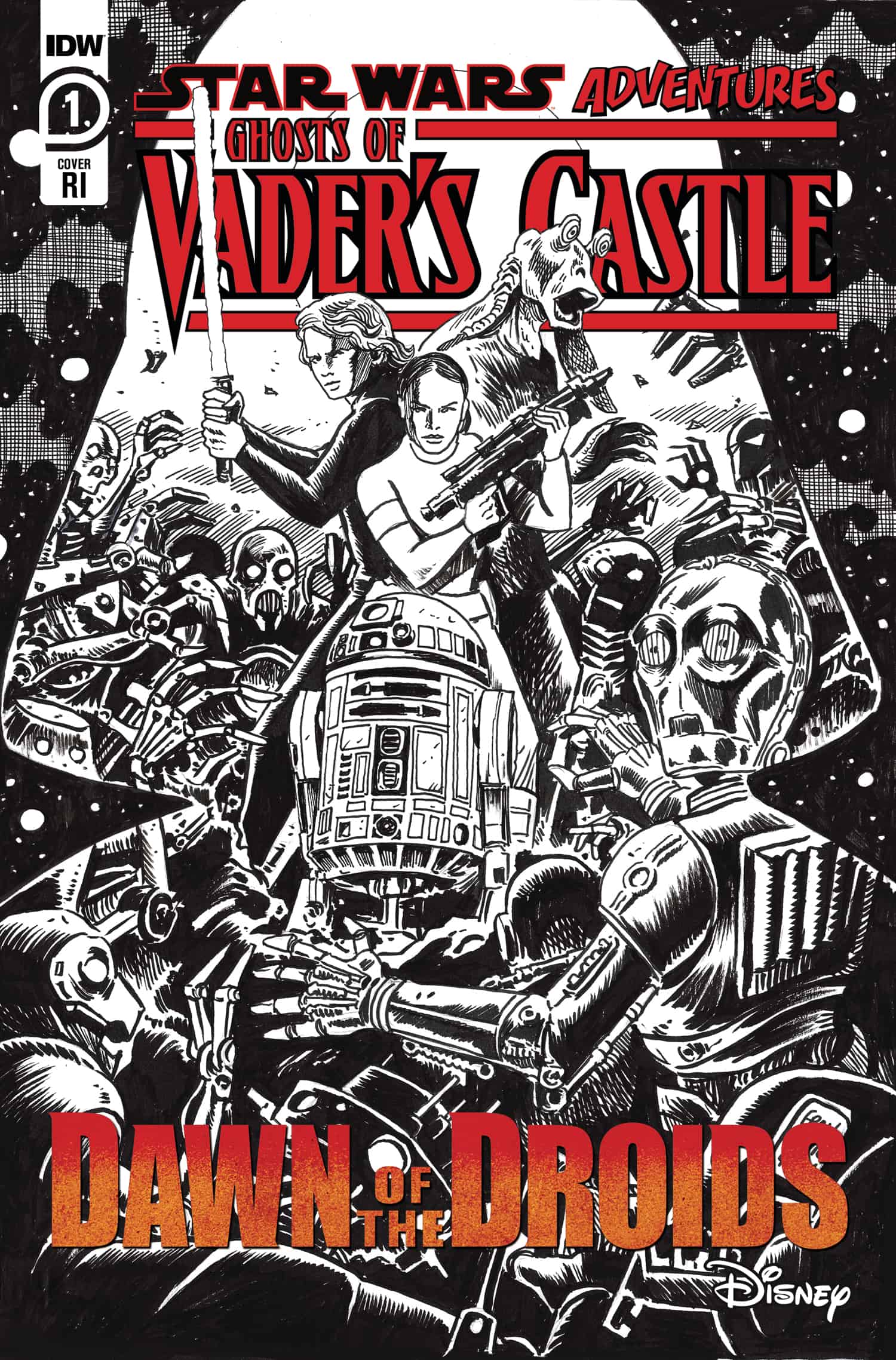 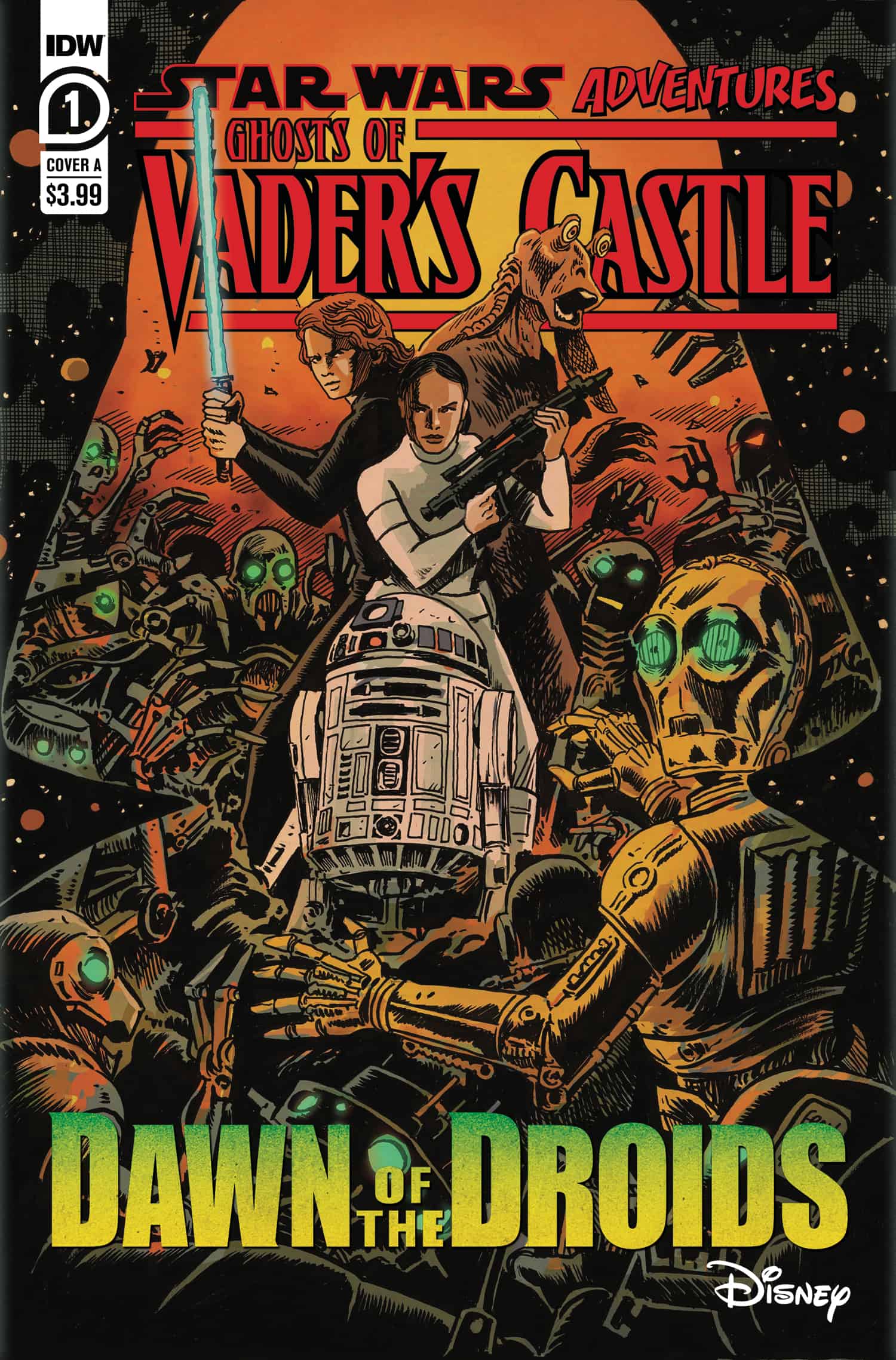 Cavan Scott, author of the Star Wars: Adventures in Wild Space novels and one of the architects of Lucasfilm’s massive The High Republic publishing initiative, returns to scribe Ghosts of Vader’s Castle, beginning in September and shipping weekly through mid-October.

“We’re now on our fourth year of spooky Star Wars stories, which blows my horror-loving mind,” says Scott. “Thank you to everyone who has embraced this creepy little corner of a galaxy far, far away, giving us the opportunity to tell terrifying tales every Halloween. We said right back with the first series that we hoped this would become a tradition, and it has!”

“We could not be more excited to return to Vader’s Castle… and we’re not going alone! Coming back to the series are artists who’ve explored (and decorated) its haunted hallowed halls since the first issue — from Francesco Francavilla to Derek Charm, Megan Levens to Robert Hack, Chris Fenoglio and more! The galaxy just got a little spookier, and this time there’s no stopping the Ghosts of Vader’s Castle,” says editor Heather Antos. 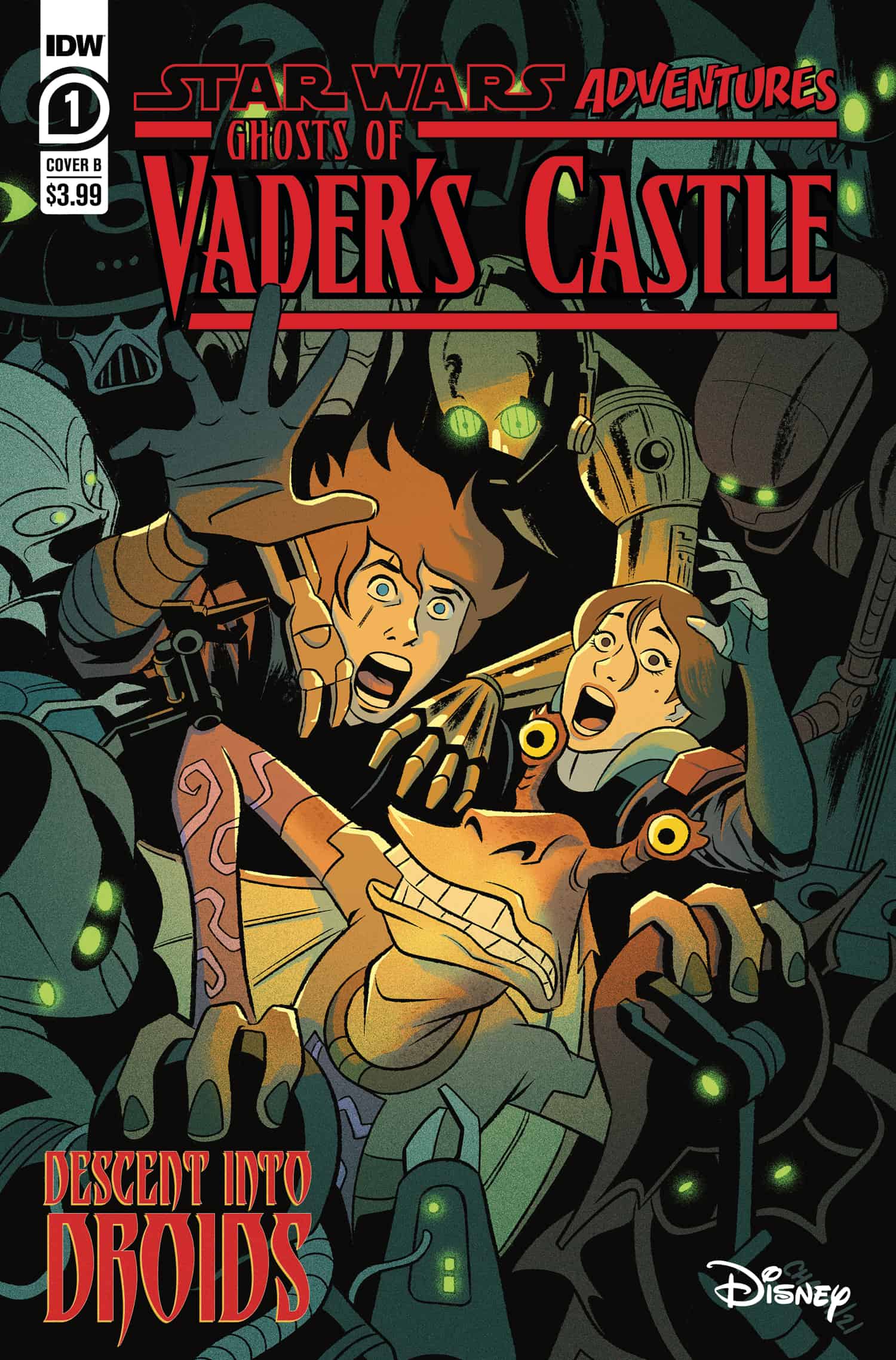 Ghosts of Vader’s Castle sees fan-favorite supporting Star Wars characters haunted by nightmares of zombie droids, vicious Wookiees the size of mountains, and monstrous terrors aplenty…  all tied to their experiences at the dreaded Fortress Vader.

“Working on the Vader’s Castle comics every year has become almost an early Halloween tradition and I love it,” says Francavilla.

Each issue of Star Wars: Ghosts of Vader’s Castle will be available with three cover variants for fans and retailers to enjoy: Cover A by Francesco Francavilla, Cover B by Derek Charm, and a Retailer Incentive edition featuring Francavilla’s line art in its stark black-and-white beauty.

For information on how to purchase IDW’s line of Star Wars Adventures comic books and graphic novels, please contact your local comic shop or visit www.comicshoplocator.com to find a store near you.