NEWS WATCH: THE END IS NEAR AS AL EWING SETS THE STAGE FOR A LEGENDARY FINALE WITH IMMORTAL HULK #49!

This year will see the climactic end to one of the most critically acclaimed runs in recent history: Al Ewing and Joe Bennett’s IMMORTAL HULK. Closing out this thought-provoking, character redefining epic with IMMORTAL HULK #50, Ewing and Bennett will bid farewell to Bruce Banner, the Green Door, and all the unforgettable elements they’ve cemented into the Hulk mythos. But there are plenty of surprises still in store and fans will want to pick up IMMORTAL HULK #49 where the build-up to the explosive final issue begins with a bang!

“It’s finally time to admit it – IMMORTAL HULK is reaching the end of the story we set out to tell,” Ewing said. “Issue #49 brings jade-jaws to the gates of the abyss and a final accounting of his life – in time for a last issue you’ll have to experience to believe.”

The gate is a thing of divine power – a thing of forever. But even for the strongest one there is, it bears the warning: ABANDON HOPE, ALL YE WHO ENTER HERE. Check out Alex Ross’ mesmerizing cover below and don’t dare miss IMMORTAL HULK #49 when it hits stands on August 4th! 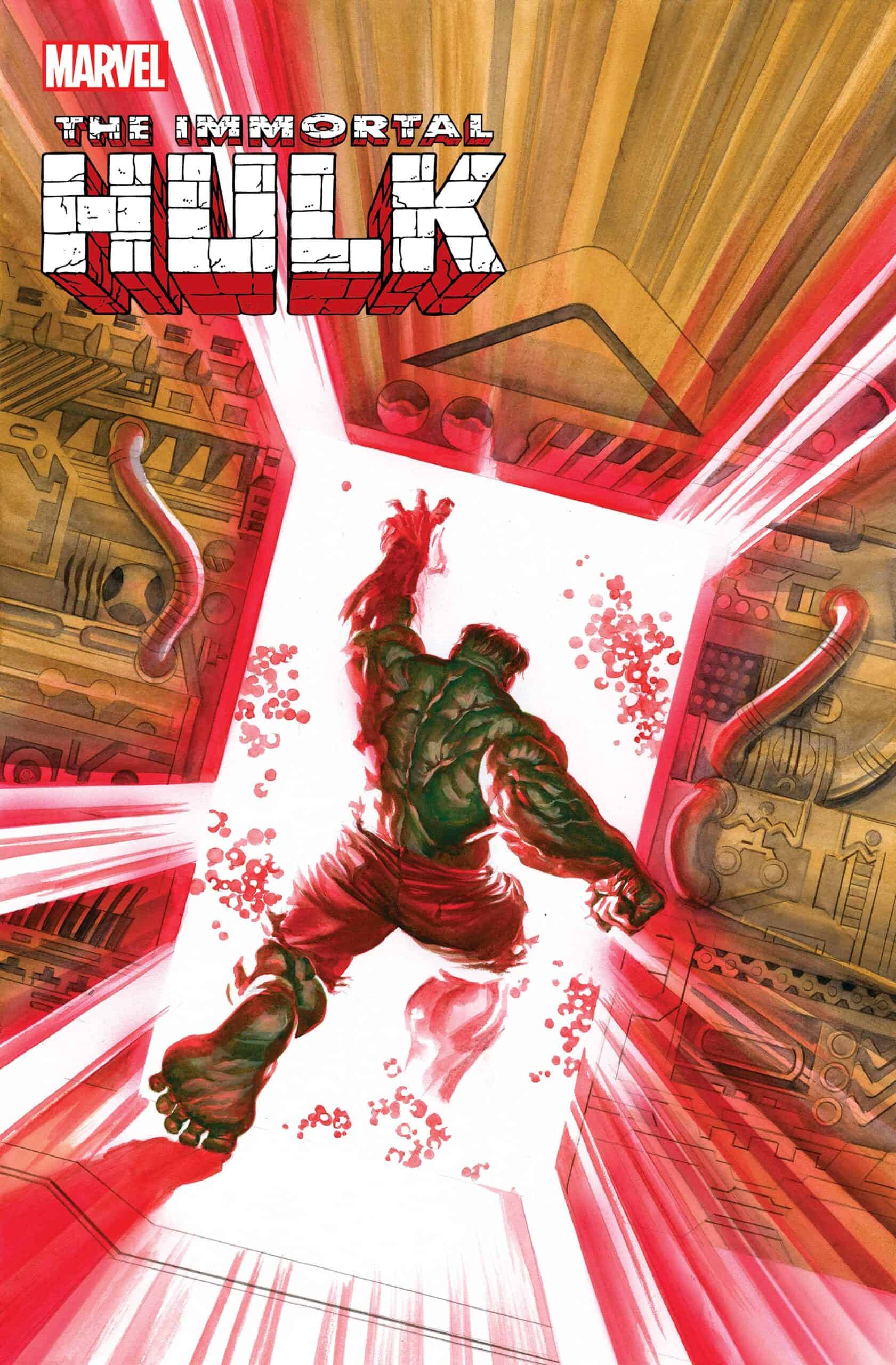 NEWS WATCH: THE END IS NEAR AS AL EWING SETS THE STAGE FOR A LEGENDARY FINALE WITH IMMORTAL HULK #49!