NEWS WATCH: The Future of Love in Jeremy Sorese’s THE SHORT WHILE!

LOS ANGELES, CA (September 1, 2021) – BOOM! Studios today revealed a new look at THE SHORT WHILE, a new original graphic novel from acclaimed comics creator and Lambda Literary Award nominee, Jeremy Sorese (Curveball), that presents the tragic but redemptive love story of two men who meet, quickly fall in love, and then find themselves falling apart when an unexpected event changes both their lives forever, available in November 2021. 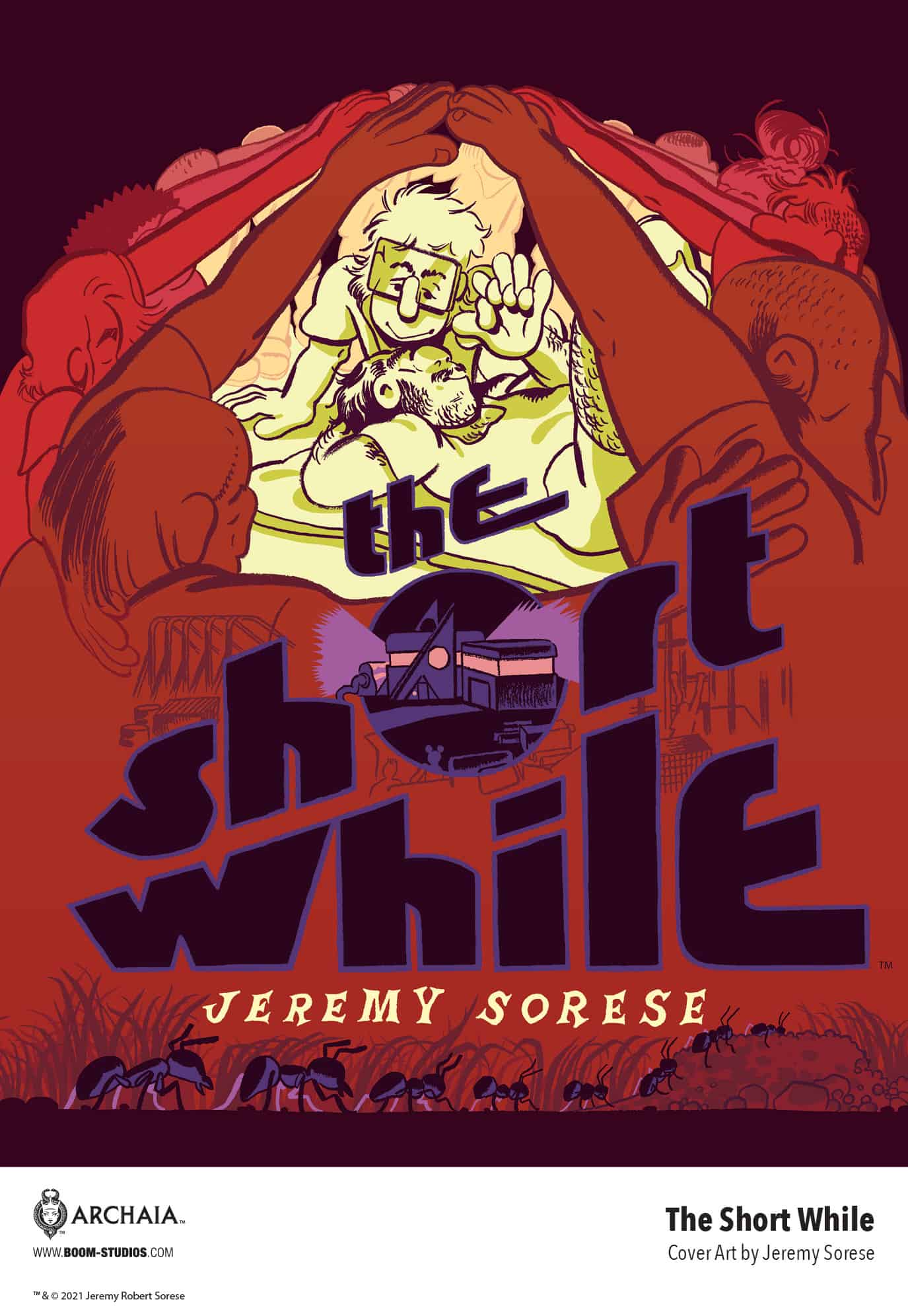 After a party, two men accidentally swap their jackets and are thrust into a most opportune meeting. In each other they find what they’ve been missing all along – love. Companionship. Honesty. And the joy of being able to trust your heart to someone else. 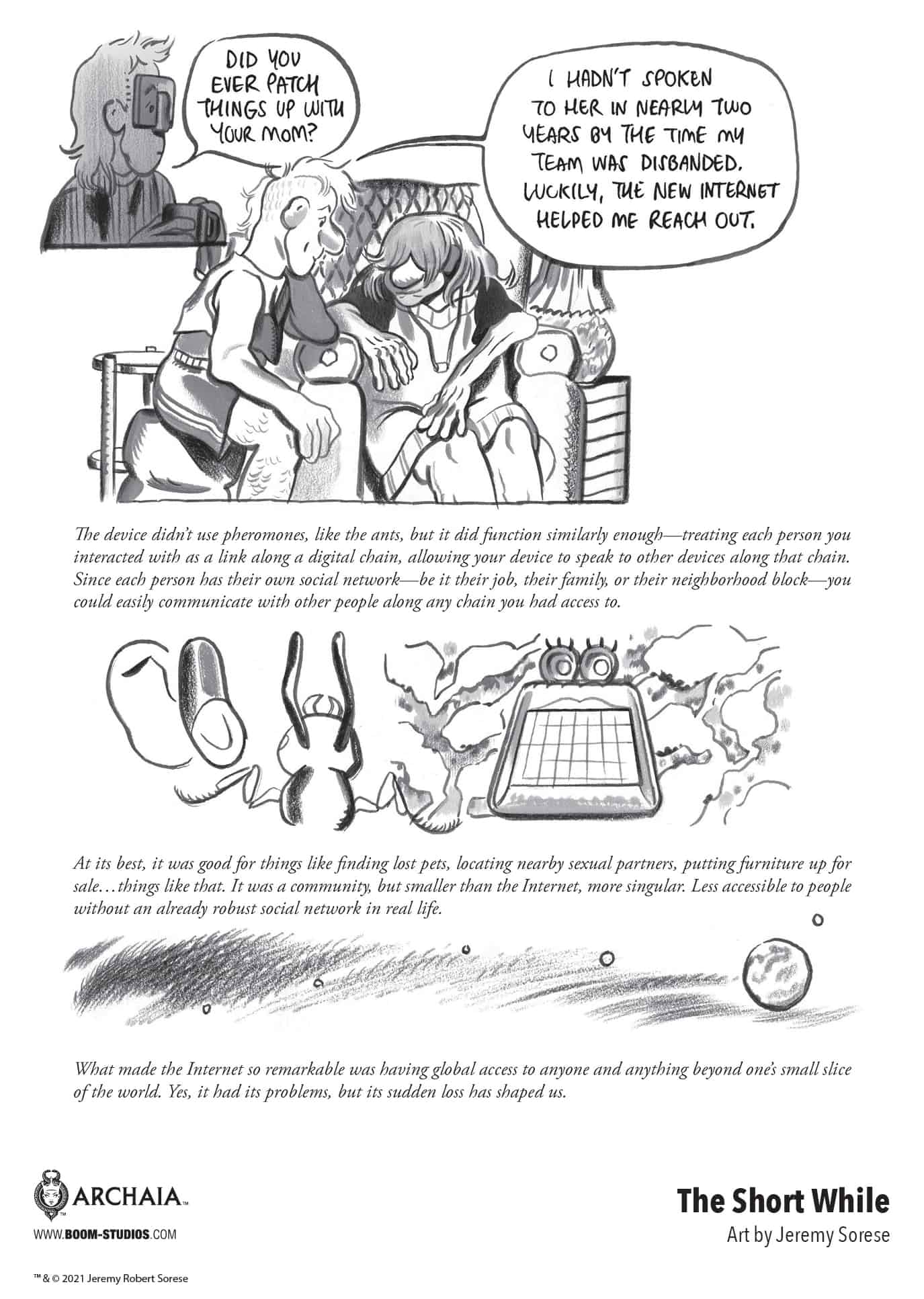 But no love is perfect, and they also find everything they ever feared – loss of self. Loss of freedom. And the tragedy of losing your heart to someone who can’t keep it safe. 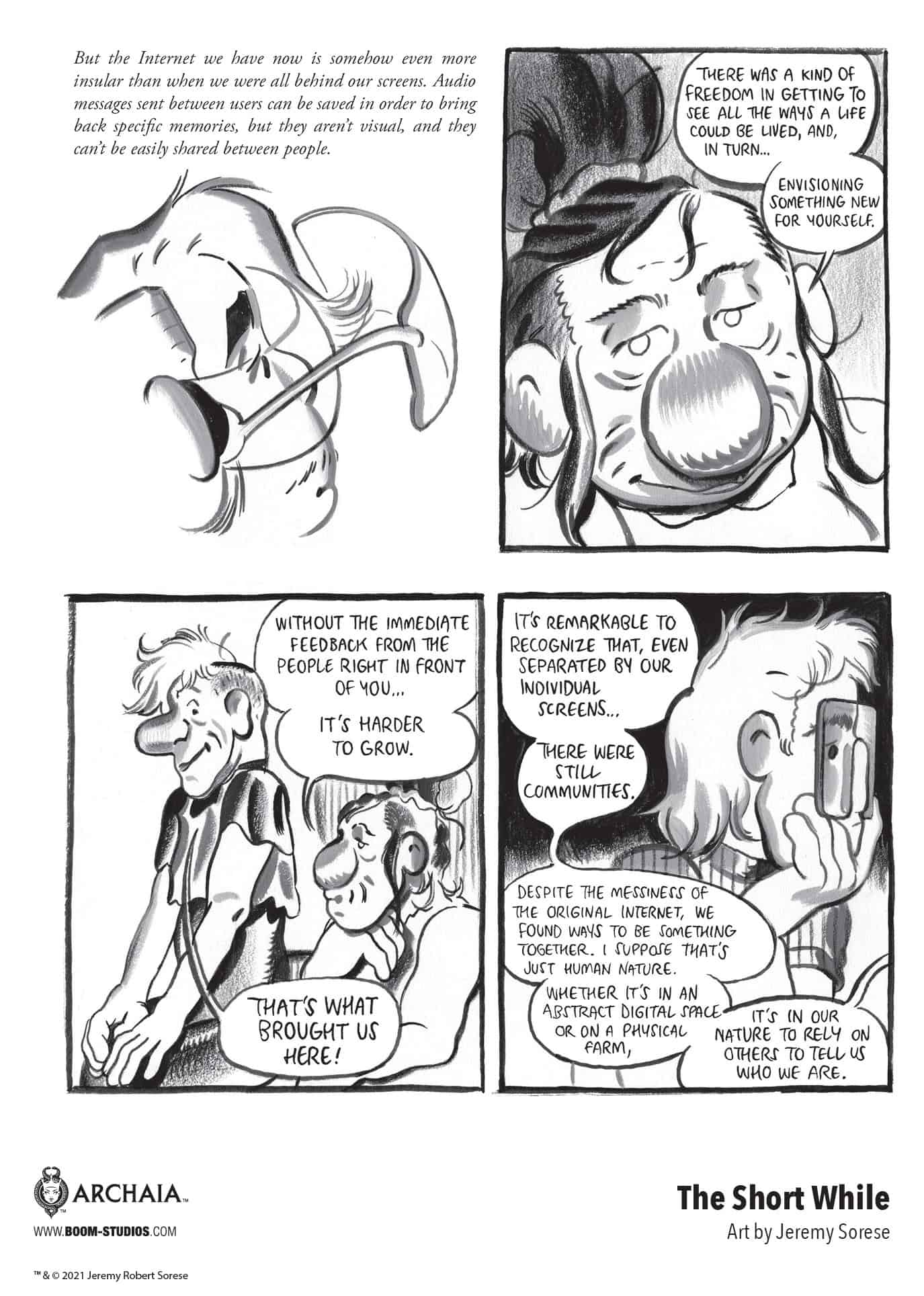 THE SHORT WHILE is the latest release from BOOM! Studios’ award-winning Archaia imprint, home to inspiring graphic novels such as Slaughterhouse-Five by Kurt Vonnegut, Ryan North, and Albert Monteys; The Sacrifice of Darkness by Roxane Gay, Tracy Lynne-Oliver, and Rebecca Kirby; Big Black: Stand at Attica by Frank “Big Black” Smith, Jared Reinmuth, and Améziane, We Served the People by Emei Burell, The Realist by Asaf Hanuka, New World by David Jesus Vignolli, About Betty’s Boob by Vero Cazot and Julie Rocheleau, Waves by Ingrid Chabbert and Carole Maurel, The Grand Abyss Hotel by Marcos Prior and David Rubín, and more. 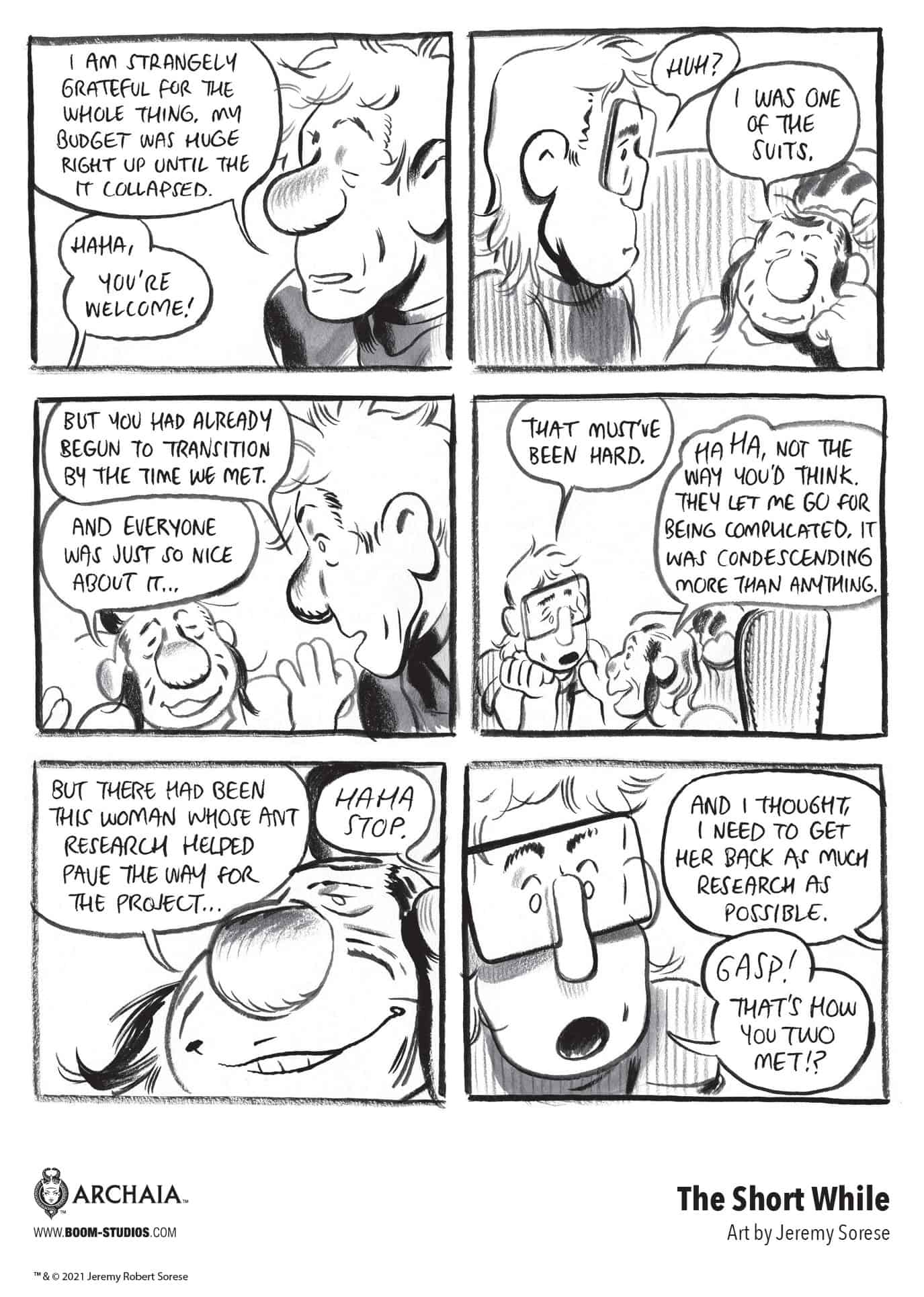 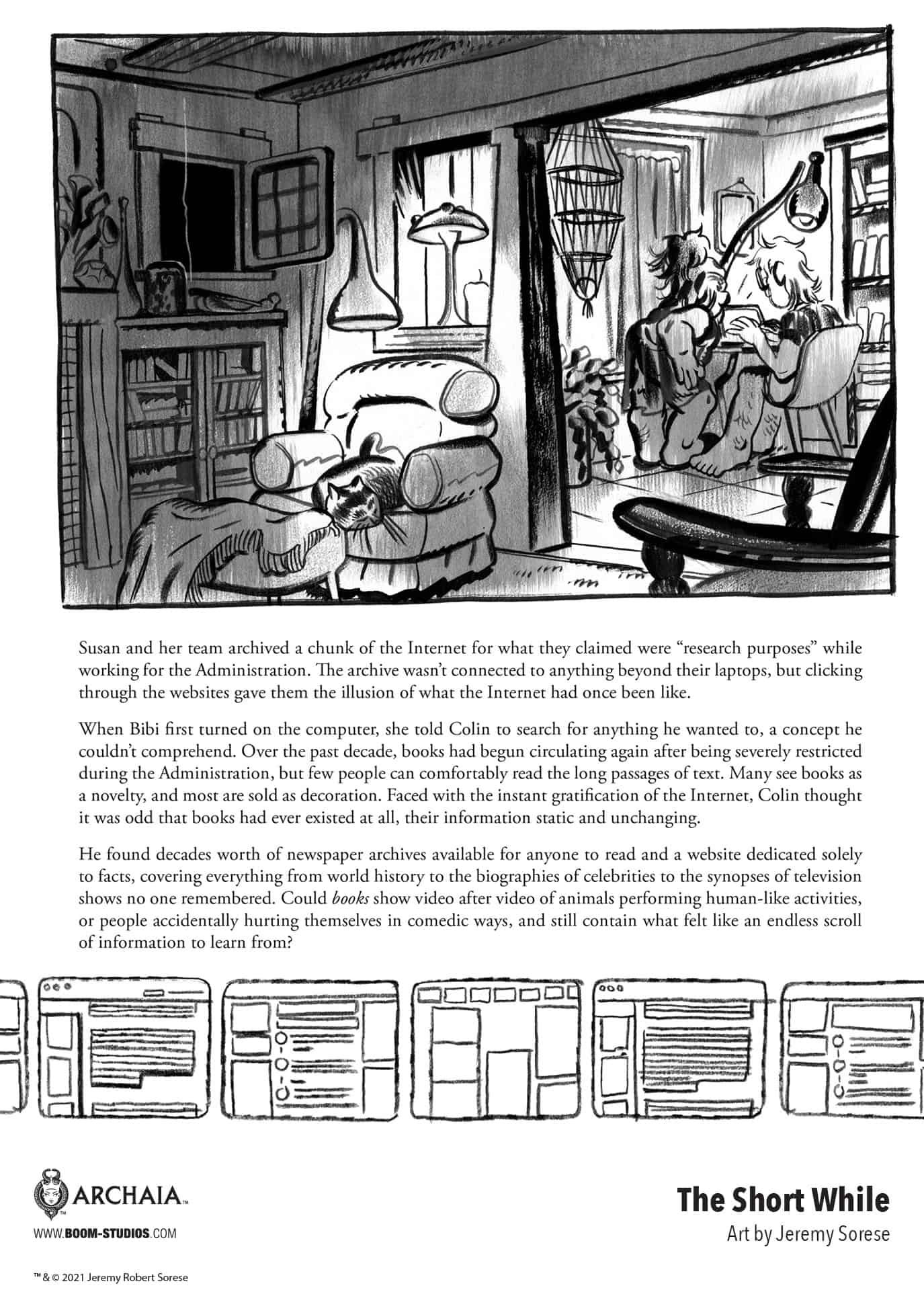 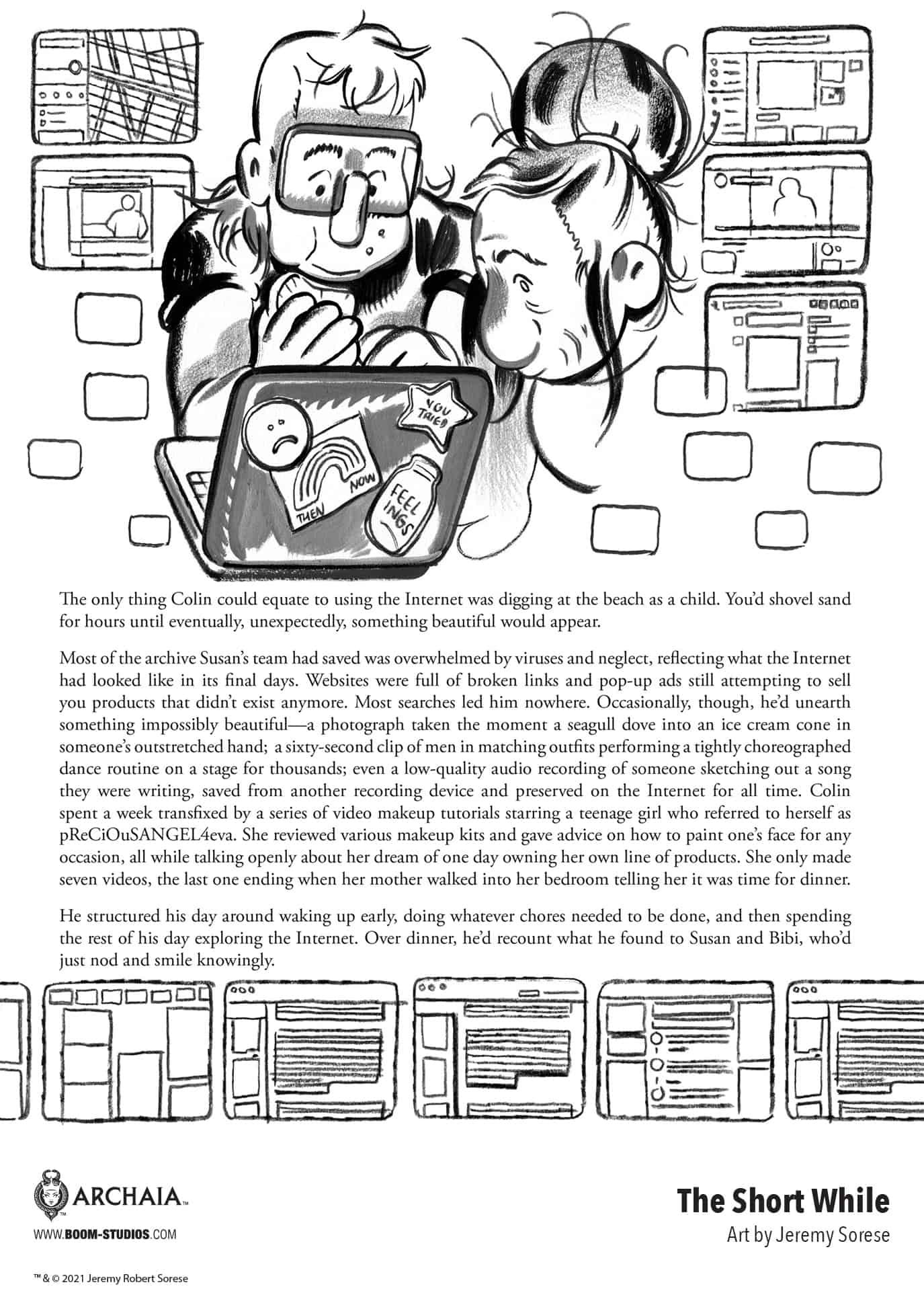 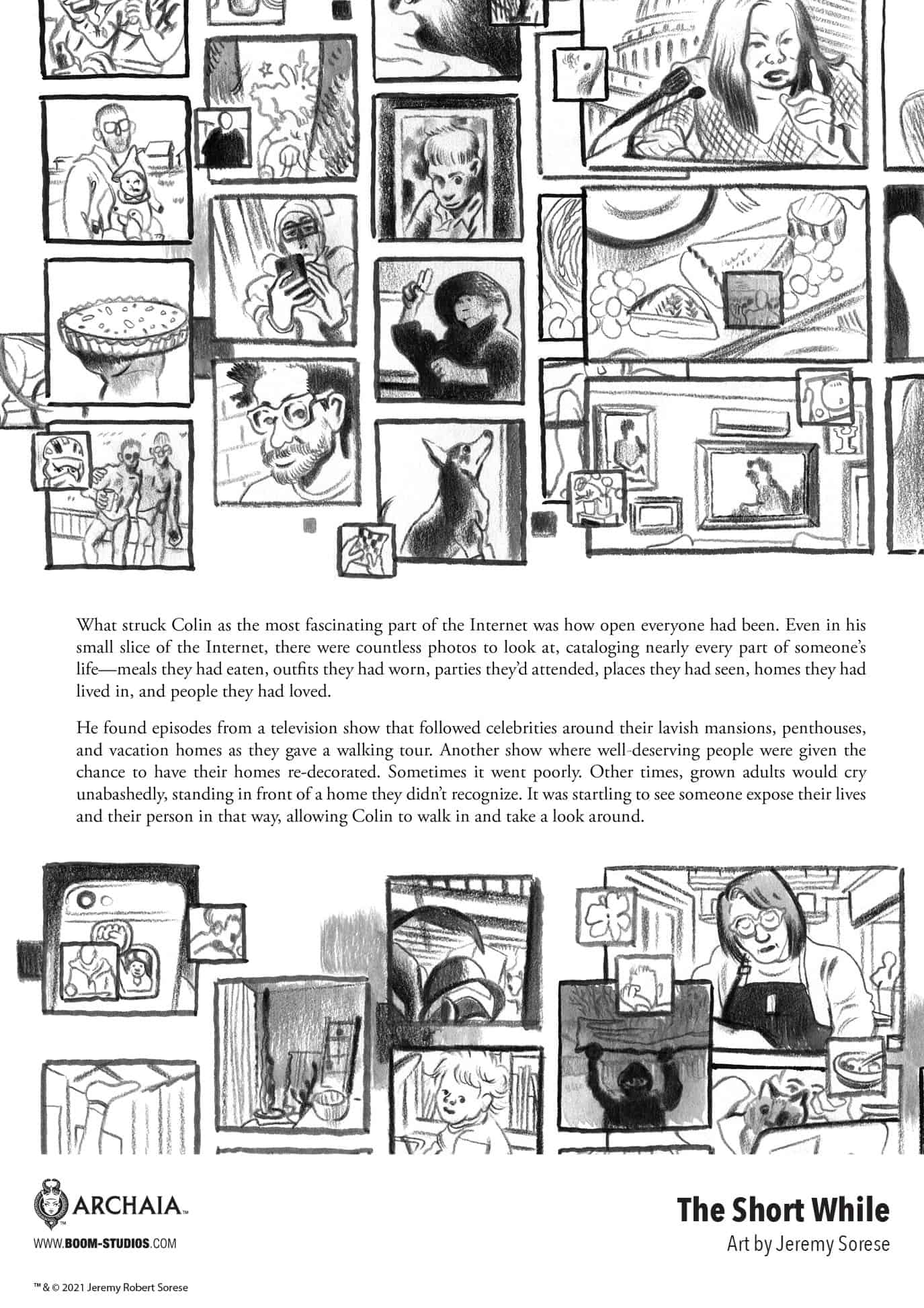 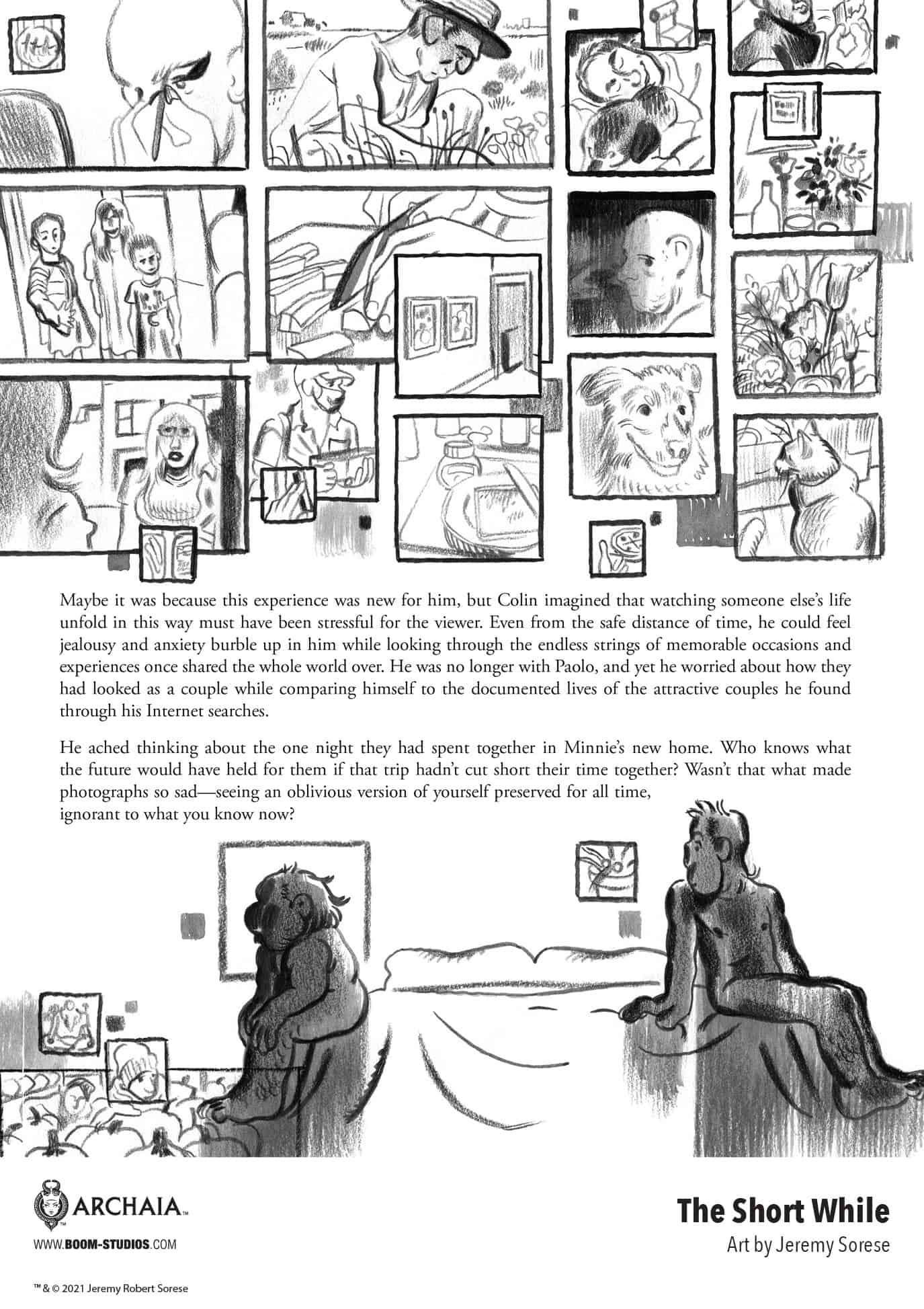 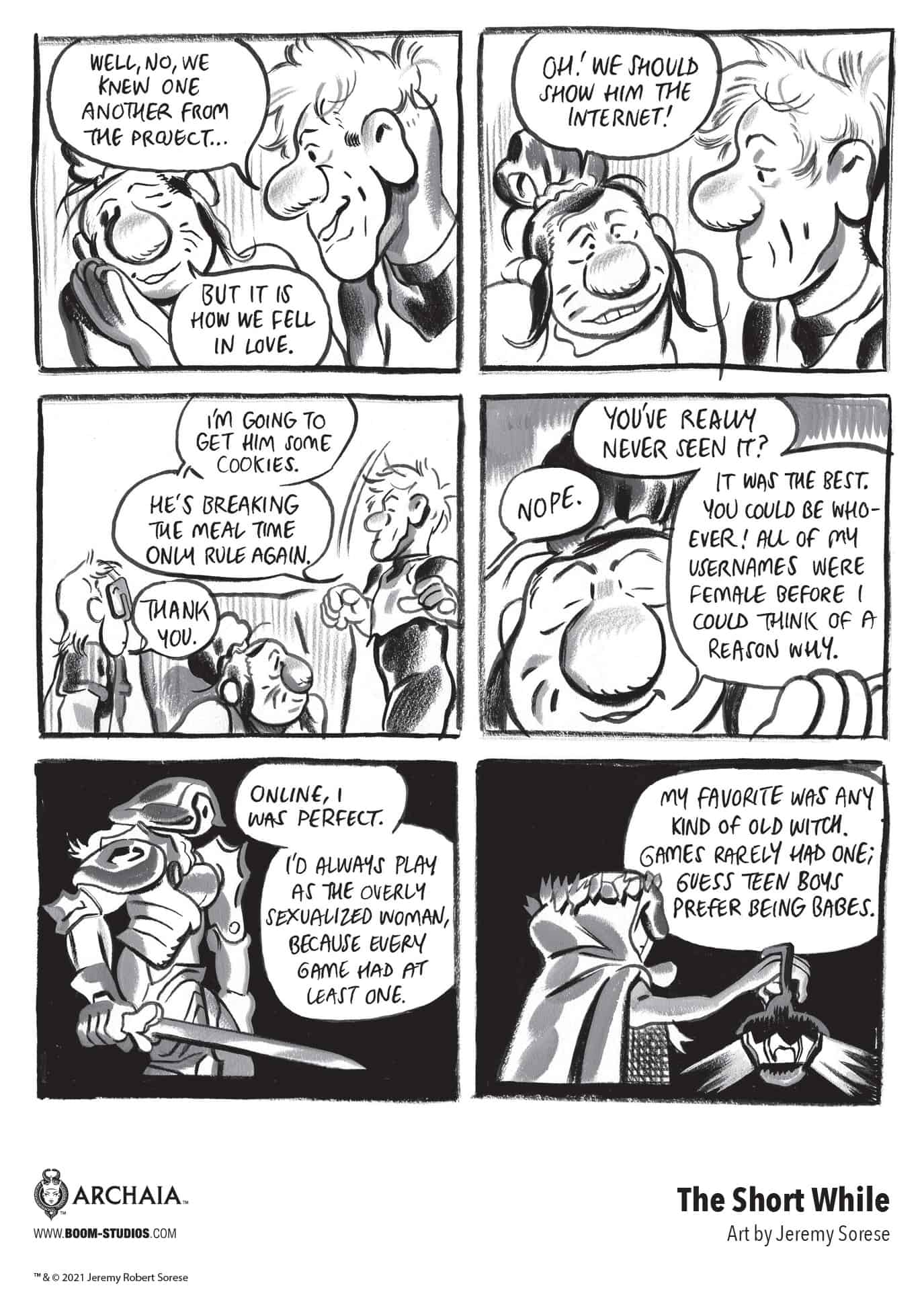 Print copies of THE SHORT WHILE will be available for sale on November 10, 2021 at local comic book shops (use comicshoplocator.com to find the nearest one) or at the BOOM! Studios webstore. Digital copies can be purchased from content providers, including comiXology, iBooks, Google Play, and Kindle.

For continuing news on THE SHORT WHILE and more from BOOM! Studios, stay tuned to boom-studios.com and follow @boomstudios on Twitter.

NEWS WATCH: The Future of Love in Jeremy Sorese’s THE SHORT WHILE!