NEWS WATCH: THE FUTURE OF THE MARVEL UNIVERSE IS TIMELESS!

How do you win a war against time? Find out this December in TIMELESS #1, a journey through the future of the entire Marvel Universe! Announced last week, this special one-shot from writer Jed MacKay and artists Kev Walker, Greg Land, and Mark Bagley will give readers their first glimpse at what’s to come next year, including new developments for the X-Men, Daredevil, Venom, the Avengers, and all the major players in the Marvel pantheon! Don’t miss your chance to follow Kang the Conqueror into the very beginning of all the epic sagas, surprising revelations, and blockbuster new Marvel Comics series that everyone will be talking about in 2022!

Kang the Conqueror is a warrior, a destroyer, a subjugator—but even he is subject to the whims and vicissitudes of time itself. When a parallel timeline threatens to overwrite the future that Kang has fought so long and so hard to control, the master of the ages will have no choice but to go to war with time itself, battling through days of tomorrow as he struggles to prevent the end of what is to come!

“Kang the Conqueror always knows what happens next- it’s a perk of being from the 31st century. But when chronal chaos throws the future he expects into disarray, the Conqueror finds a new challenge to pit himself against- and he’s delighted by it,” MacKay explained. “In his adventure across the timelines, Kang will reveal things that will happen in the coming years, things that could, and things that should never. He will pit his unstoppable thirst for excellence at all costs against a foe both new and old, and destroy anything in his path to greatness- even if it is an entire world. Some futures will be revealed, others hinted at, and yet others will be annihilated- but which are which?”

“Our magnificent Marvel fans are sure to thrilled by the spectacular stories we have planned for 2022, and TIMELESS serves as its seismic setup, taking our characters to some most unexpected places – and time periods – with plenty of secrets and surprises along the way! A look at Marvel’s past, present and future…it’s all connected!” Marvel Editor-in-Chief C.B. Cebulski promises.

See the future of Marvel Comics unfold right before your eyes when TIMELESS #1 hits stands on December 22! 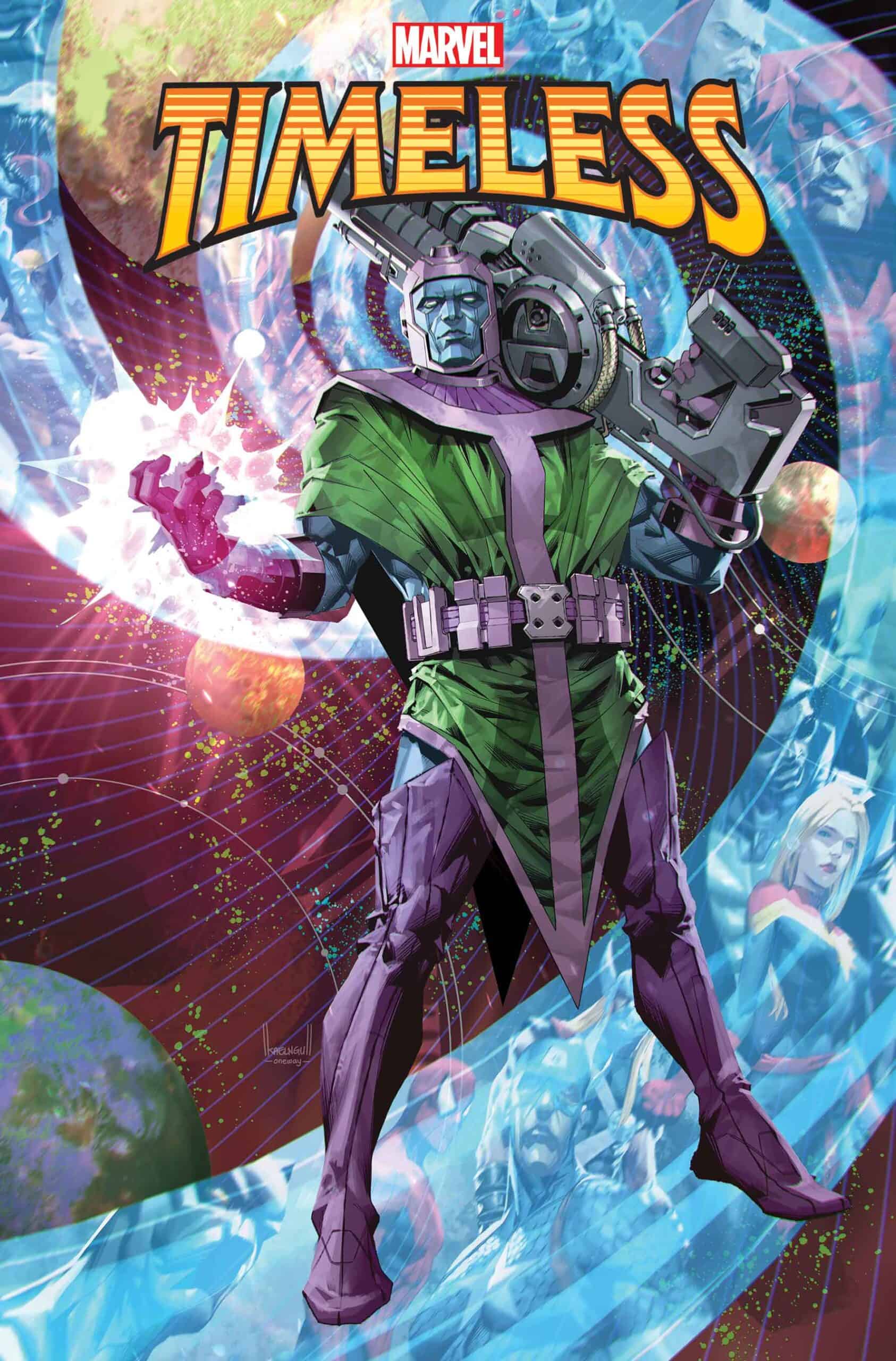 NEWS WATCH: THE FUTURE OF THE MARVEL UNIVERSE IS TIMELESS!