NEWS WATCH: The Game has Changed in BOOM!’s The Killer: Affairs of the State #3!

The Game Has Changed in THE KILLER: AFFAIRS OF THE STATE #3 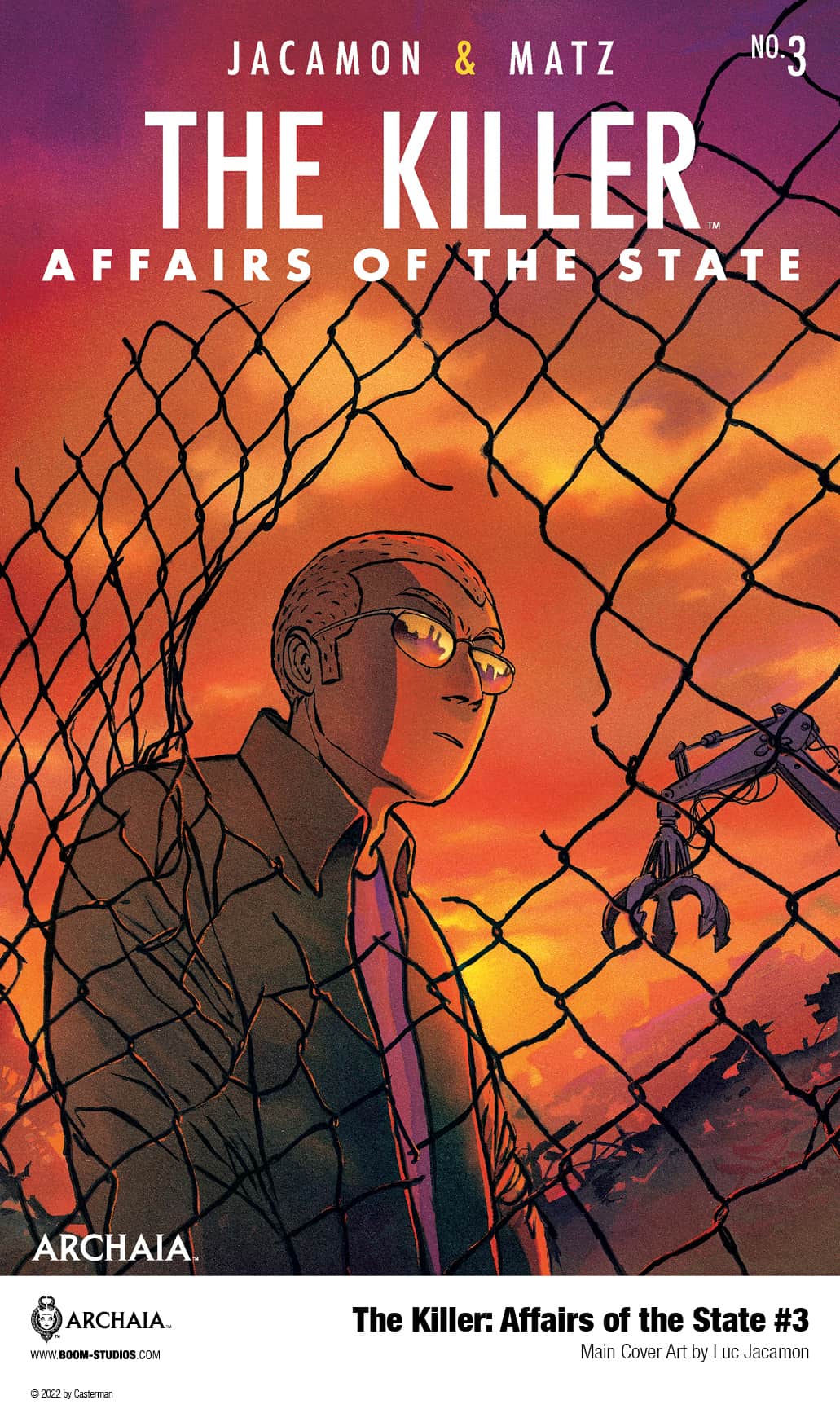 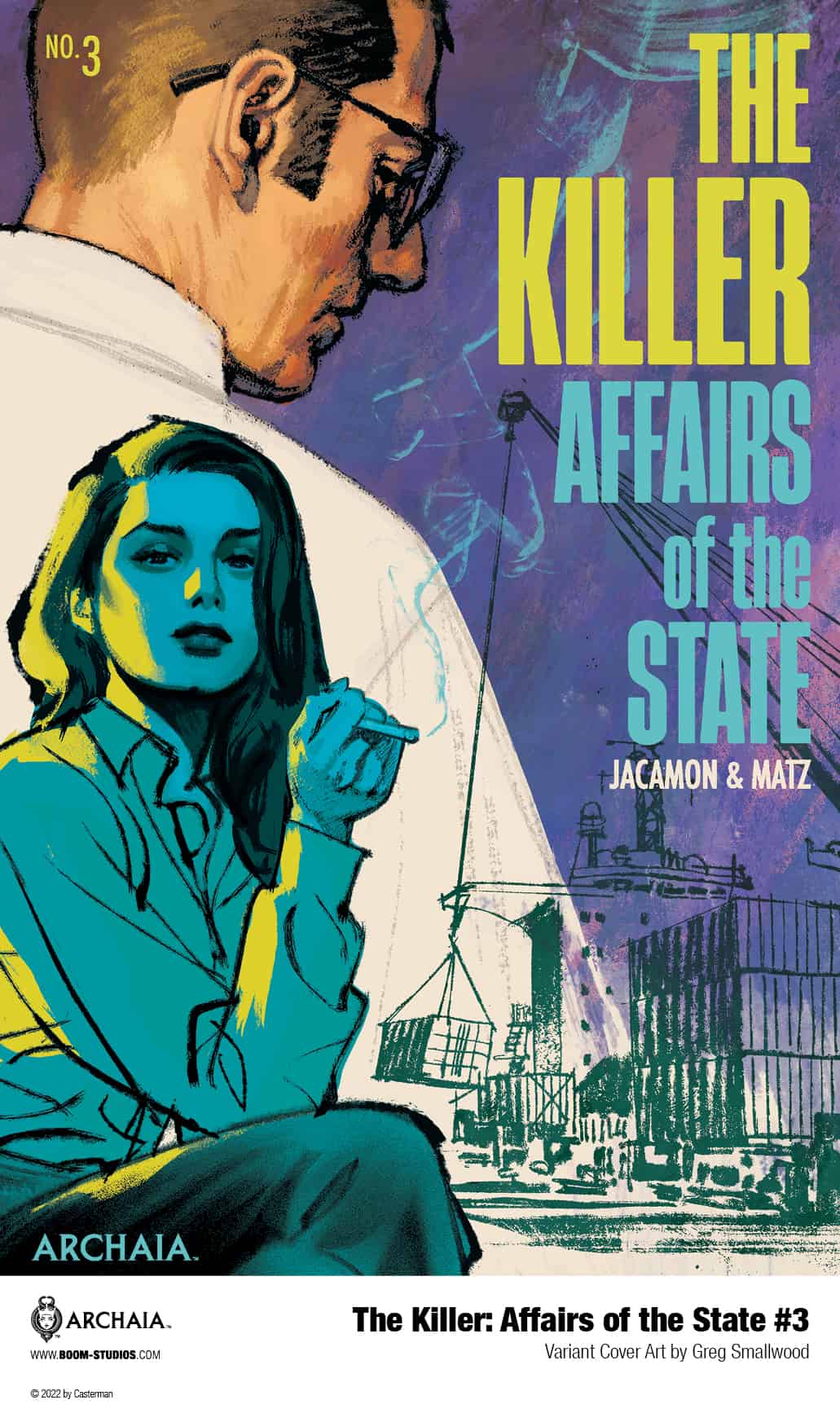 LOS ANGELES, CA (April 4, 2022) – BOOM! Studios today revealed a first look at THE KILLER: AFFAIRS OF THE STATE #3, the next issue in the return of the Eisner Award-nominated series by acclaimed French artist Luc Jacamon and writer Matz (The Black Dahlia), bringing readers into the Killer’s high-stakes world of espionage and contract killing before the upcoming Netflix film directed by David Fincher (The Social Network), written by Andrew Kevin Walker (Se7en), and starring Michael Fassbender (X-Men: First Class). 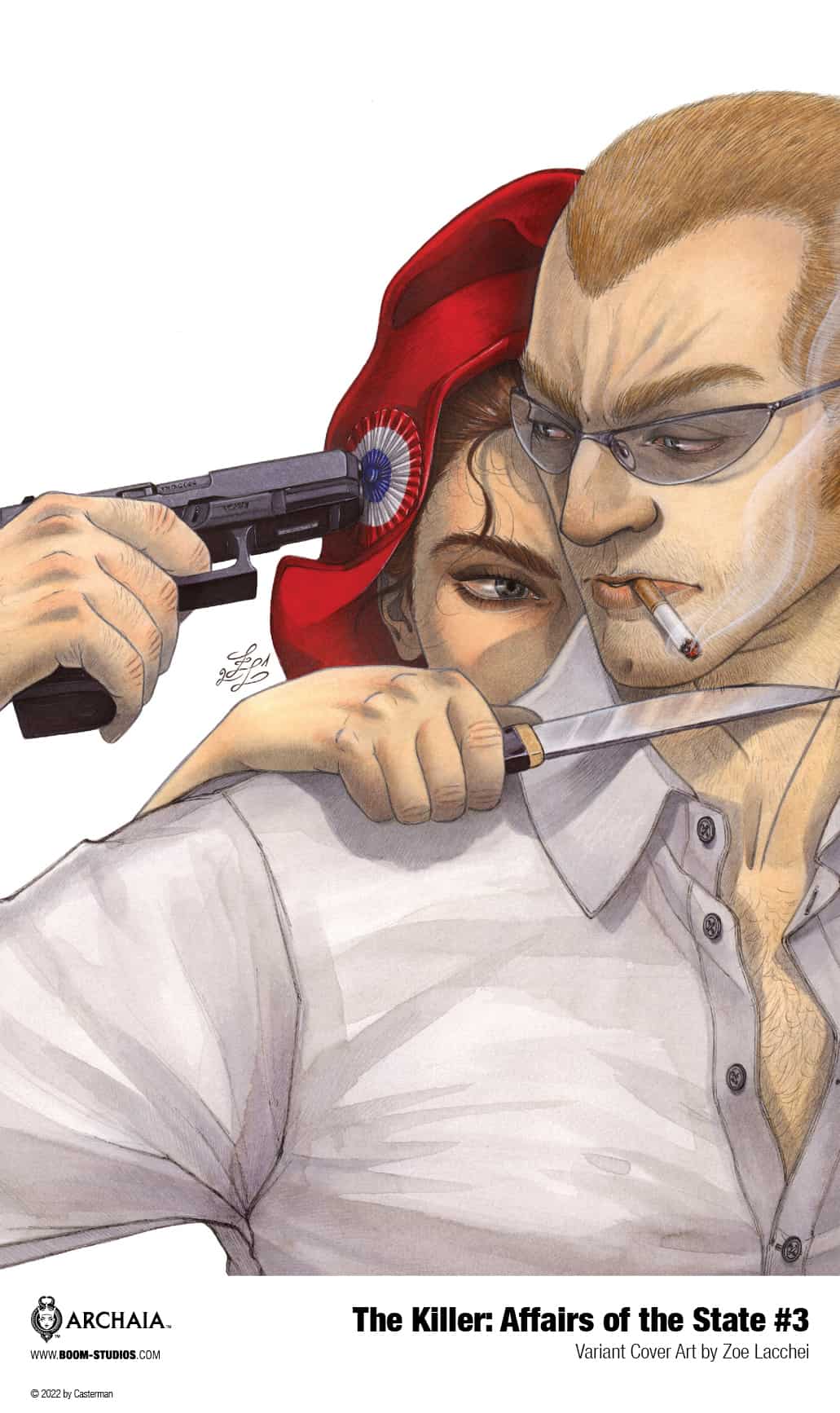 The game has changed… A key player has been knocked off of the board for good, and the Killer finds himself in the midst of an escalating crisis. The Killer’s handler within the French government tasks him with tracking down the source of illegal guns fueling local gang wars… one with dangerous ties to a hotshot political figure.

THE KILLER: AFFAIRS OF THE STATE #3 features all-new main cover art by series artist and global star illustrator Jacamon, and variant covers by highly acclaimed artists Greg Smallwood (The Human Target) and Zoe Lacchei (Something is Killing the Children).

THE KILLER: AFFAIRS OF THE STATE is the latest release from BOOM! Studios’ award-winning Archaia imprint, home to inspiring graphic novels such as Slaughterhouse-Five by Kurt Vonnegut, Ryan North, and Albert Monteys; The Sacrifice of Darkness by Roxane Gay, Tracy Lynne-Oliver, and Rebecca Kirby; Big Black: Stand at Attica by Frank “Big Black” Smith, Jared Reinmuth, and Améziane, We Served the People by Emei Burell, New World by David Jesus Vignolli, About Betty’s Boob by Vero Cazot and Julie Rocheleau, Eighty Days by A.C. Esguerra, Better Angels: A Kate Warne Adventure by Jeff Jensen and George Schall, The Short While by Jeremy Sorese, as well as licensed series including Sabaa Tahir’s An Ember in the Ashes, Lev Grossman’s The Magicians, Jim Henson’s The Dark Crystal: Age of Resistance, and Jim Henson’s Labyrinth: Coronation. 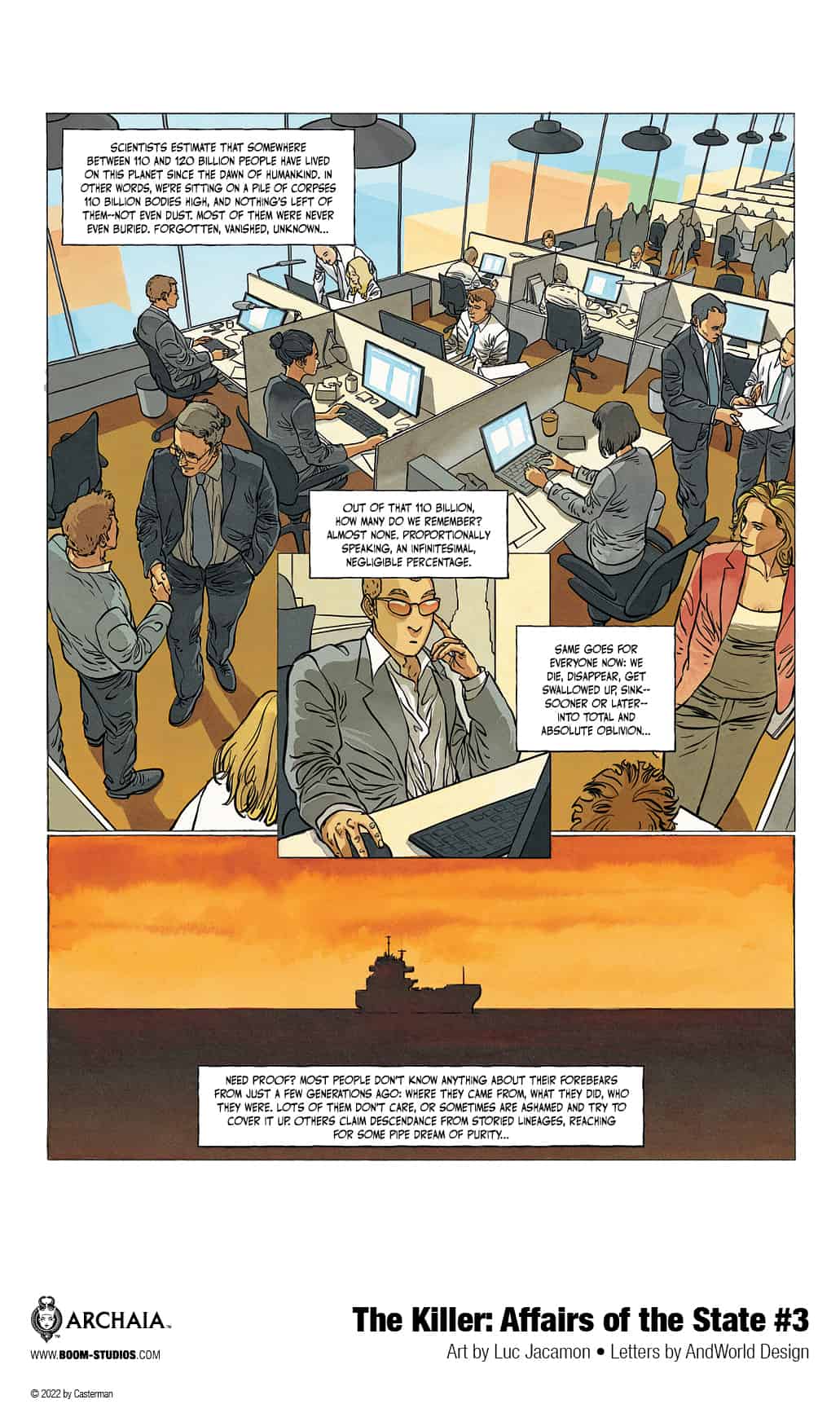 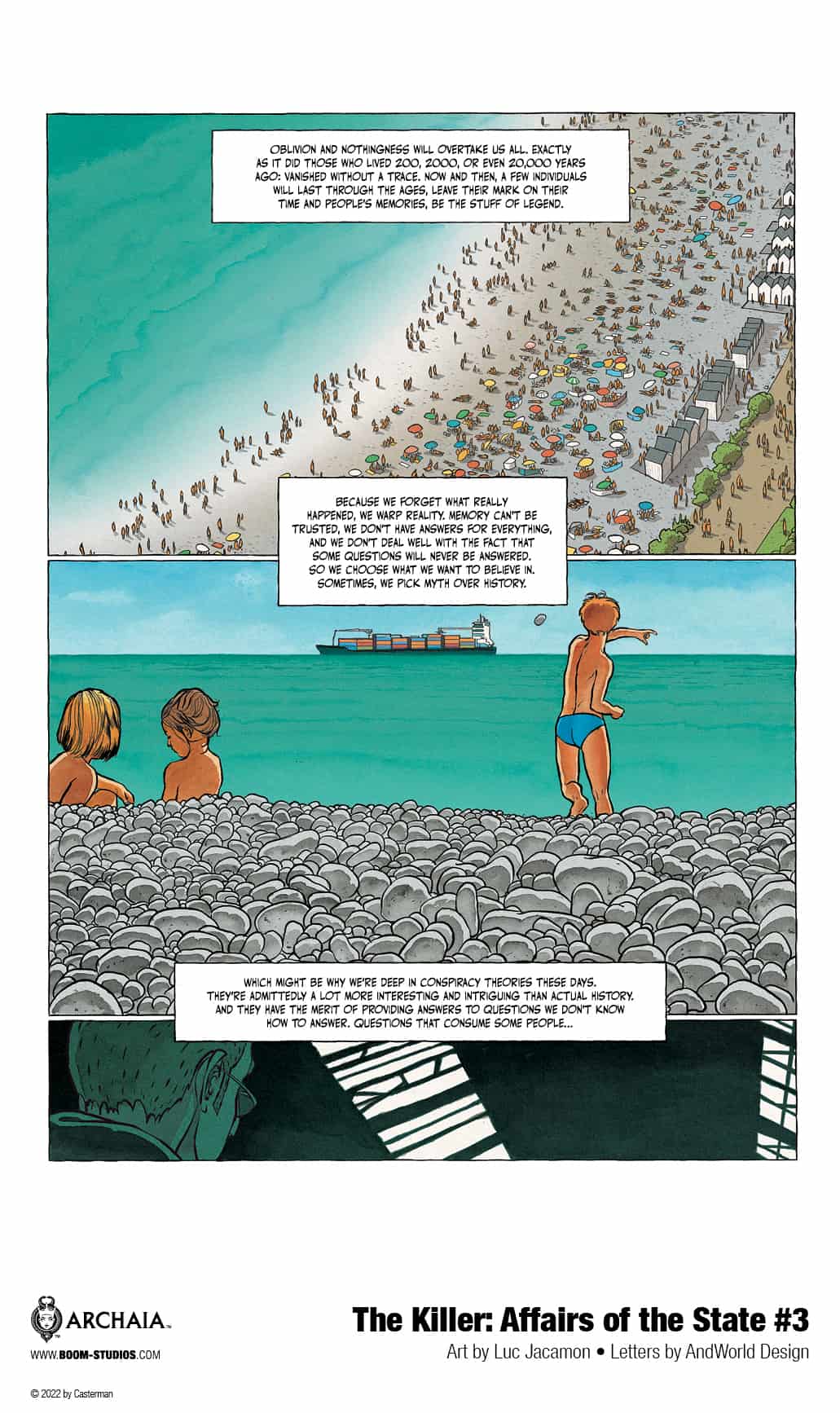 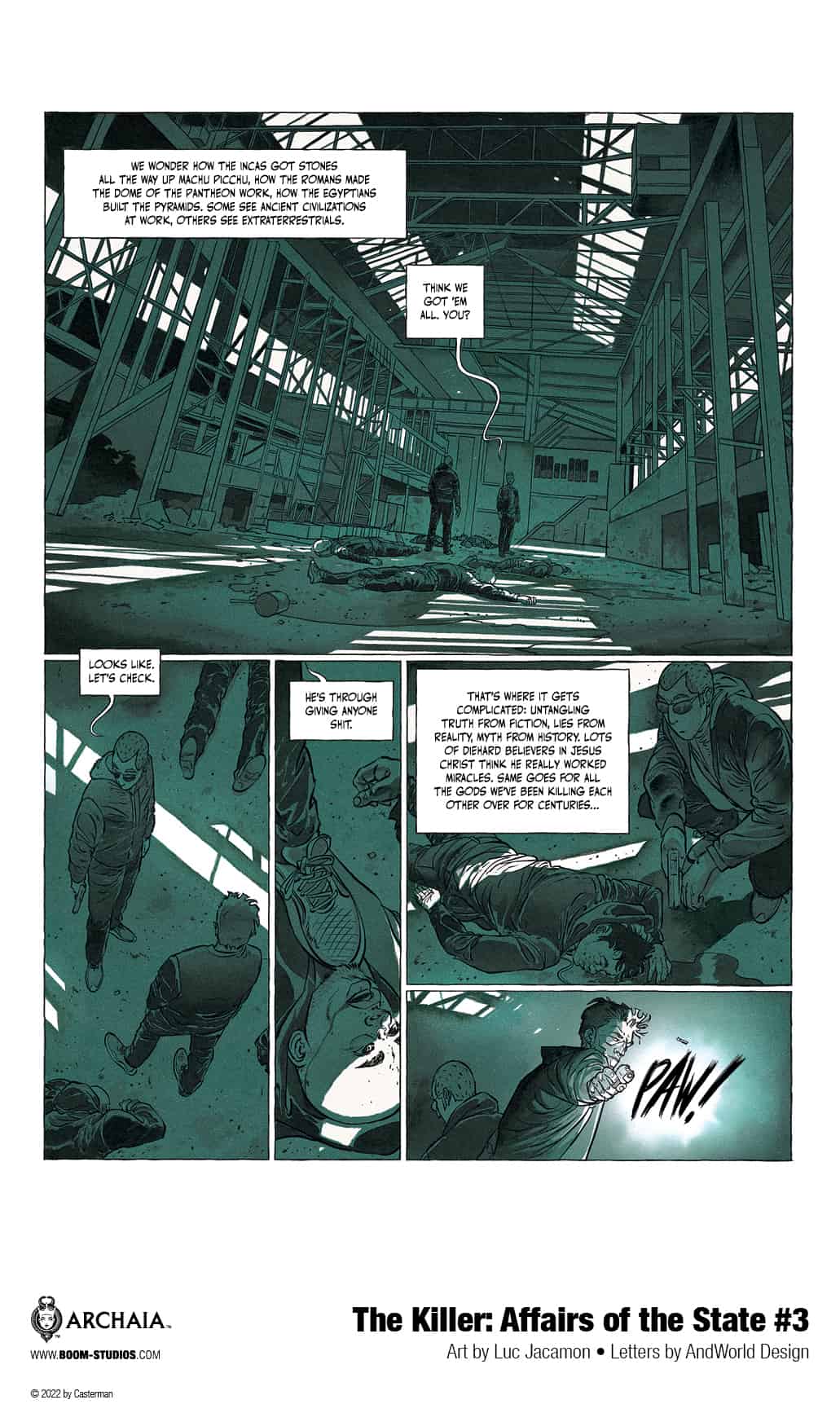 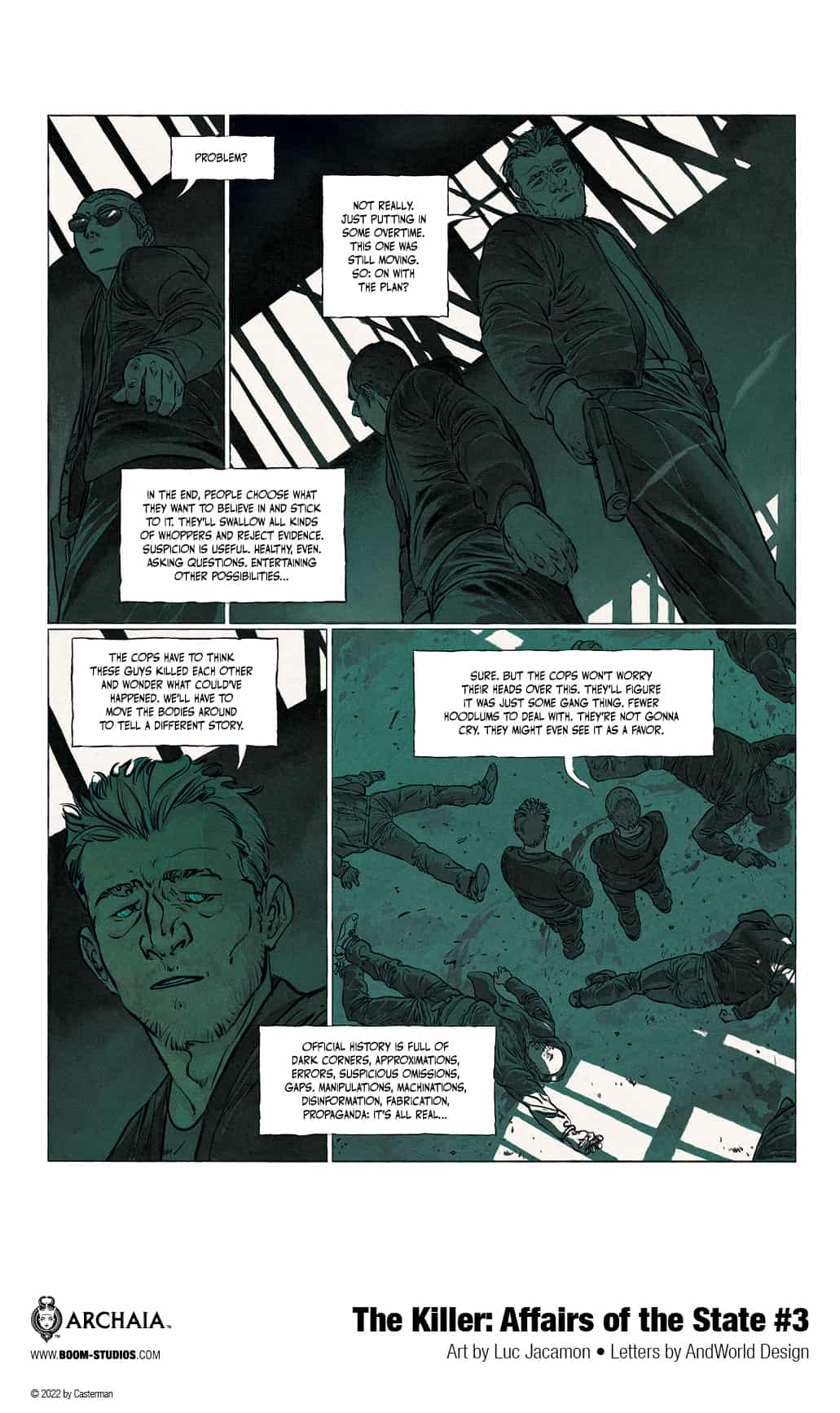 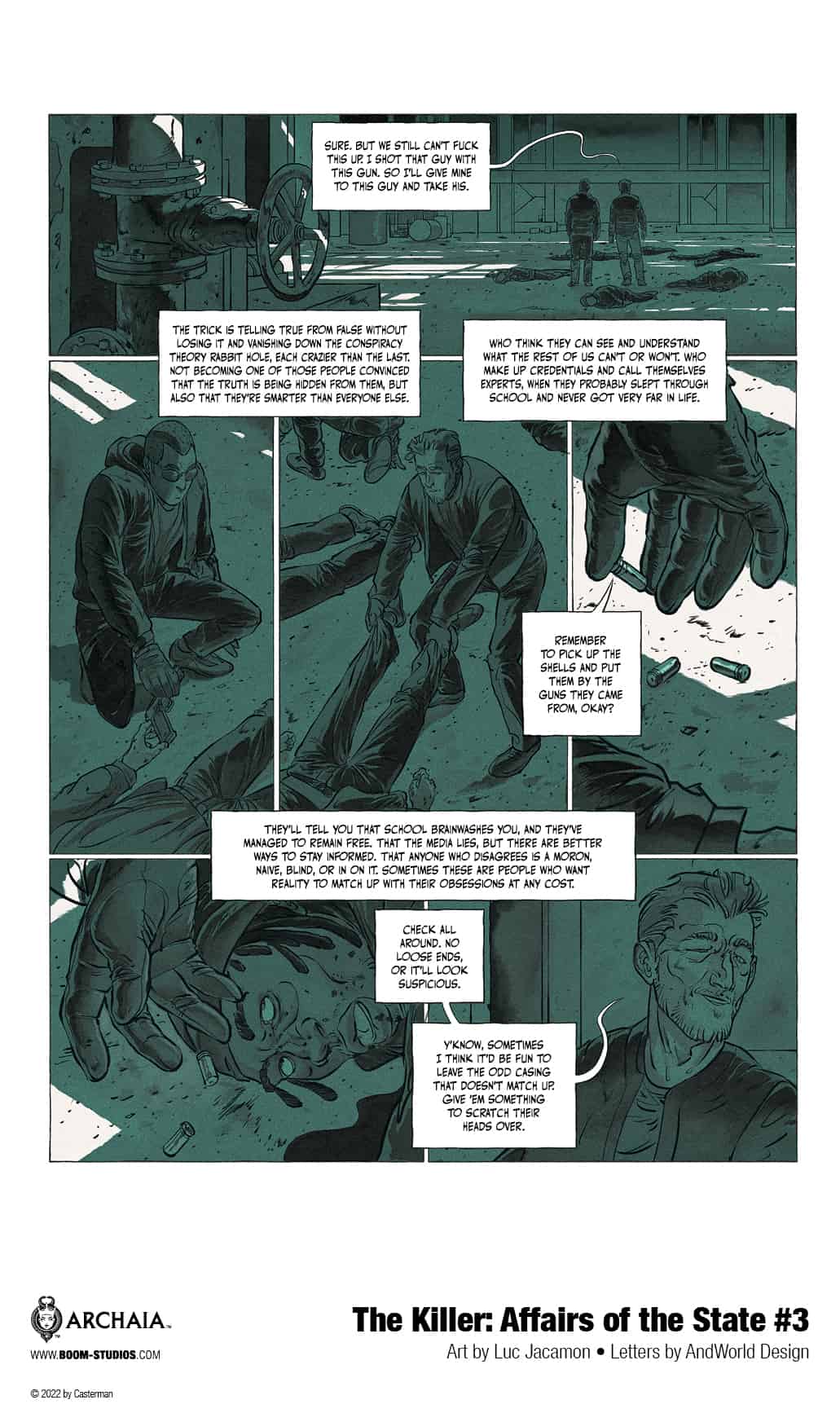 Print copies of THE KILLER: AFFAIRS OF THE STATE #3 will be available for sale on April 27, 2022 exclusively at local comic book shops (use comicshoplocator.com to find the nearest one) or at the BOOM! Studios webstore. Digital copies can be purchased from content providers, including comiXology, iBooks, Google Play, and Kindle. 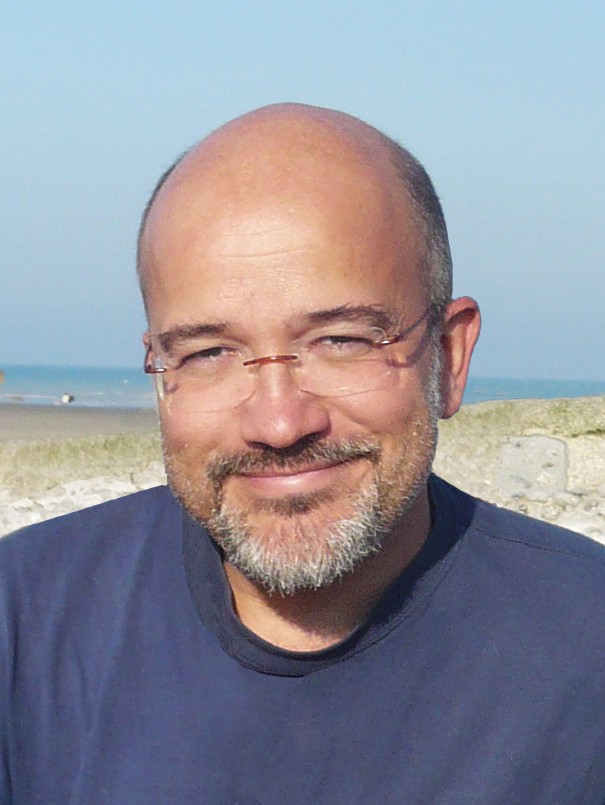 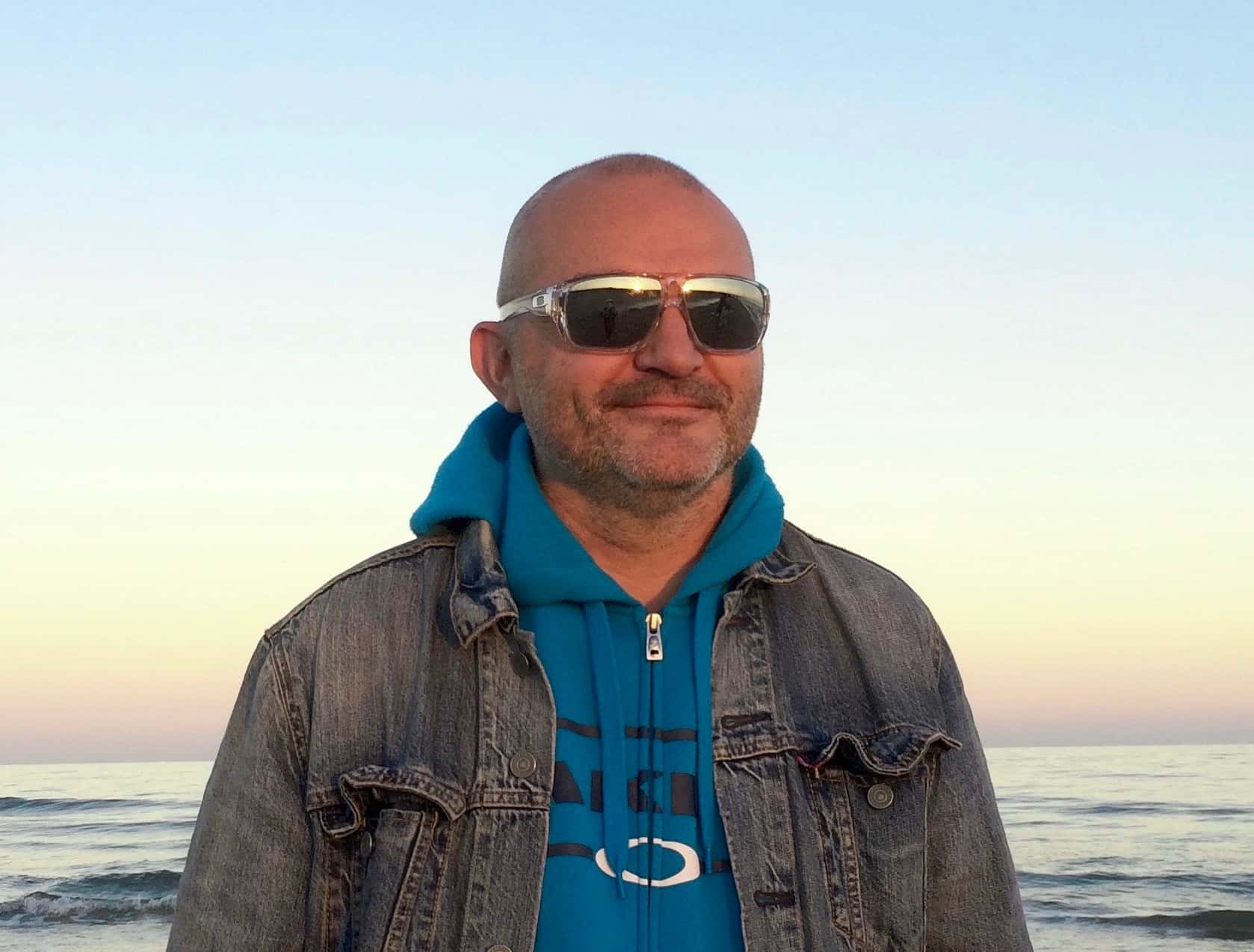 For continuing news on THE KILLER and more from BOOM! Studios, stay tuned to boom-studios.com and follow @boomstudios on Twitter.

NEWS WATCH: The Game has Changed in BOOM!'s The Killer: Affairs of the State #3!