Morals have eroded. Your kids are out of control. Skybound’s new teen horror anthology is going to teach them a lesson. Image/Skybound announced Skybound Presents Afterschool, a new miniseries debuting in June that takes the familiar cautionary tales we’ve all learned in our youths and flips them on their (severed) heads.

Each standalone Afterschool special features its own team of acclaimed writers and all-star artists from comics, television, and beyond, including Justin Benson & Aaron Moorhead (Marvel Studios’ Moon Knight) and  (The Rattler, Airboy); Kate Herron (Sex Education, Marvel Studios’ Loki) & Briony Redman (the BAFTA Rocliffe-winning Pont Brec) alongside Leila Leiz (M.O.M.: Mother of Madness, Horde); and Jill Blotevogel (Scream: The TV Series) with Marley Zarcone (Shade, the Changing Girl; Effigy), to give each issue a distinct horrifying feel, with its own relatable characters and truly chilling lessons.

The world seems like a frightening place. We’re here to show you just how much that’s true.

Jon Moisan, Editor at Skybound Entertainment, said about the project:

“As a horror fan, this series has been a dream come true to work on. Every creator featured across each issue is among the most exciting I’ve ever worked with and the scares they’ve dreamed up are beyond anything I’ve ever seen in a comic book. Trust me when I say that you DO NOT want to be sent to detention with any of the monsters featured within.”

The debut issue by Benson, Moorhead, Greg Hinkle and Giovanna Niro follows Nora, whose anxiety prevented her from approaching high school with any degree of confidence. Until she adopts Janie, an emotional support dog with a winning smile and a killer secret. But just how far will Nora go to keep her new life?

“As lifelong fans of bold anthology storytelling, and as two people who live on a diet of weird fiction, we couldn’t be more proud to be part of Afterschool.”

“Drawing horror is always fun, but it’s a real treat when creators like Aaron and Justin bring such a fleshed out idea to the table.This was a very, very fun book to get to draw, and with colors by Giovanna Niro, one that I’m very excited to show off.” 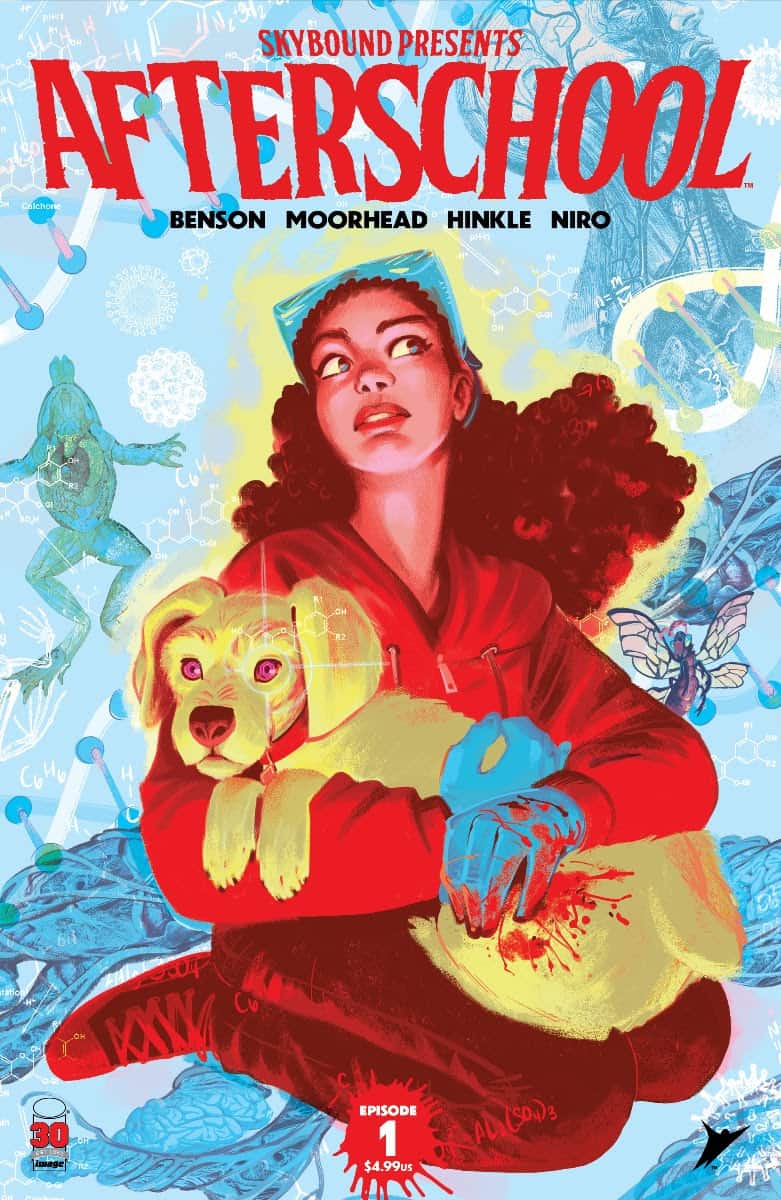