The Last of the Marvels,” the highly anticipated arc in writer Kelly Thompson’s hit run on CAPTAIN MARVEL, kicks off next month when a mysterious villain begins to target the very legacy of the Captain Marvel mantle. The saga will feature Carol Danvers teaming up with other former Captain Marvels and Captain Marvel-inspired heroes including Genis-Vell, Kamala Khan, and perhaps even Mar-Vell himself!

Seen on Artgerm’s newly revealed variant cover for November’s CAPTAIN MARVEL #34, the original Captain Marvel is back in all his glory. 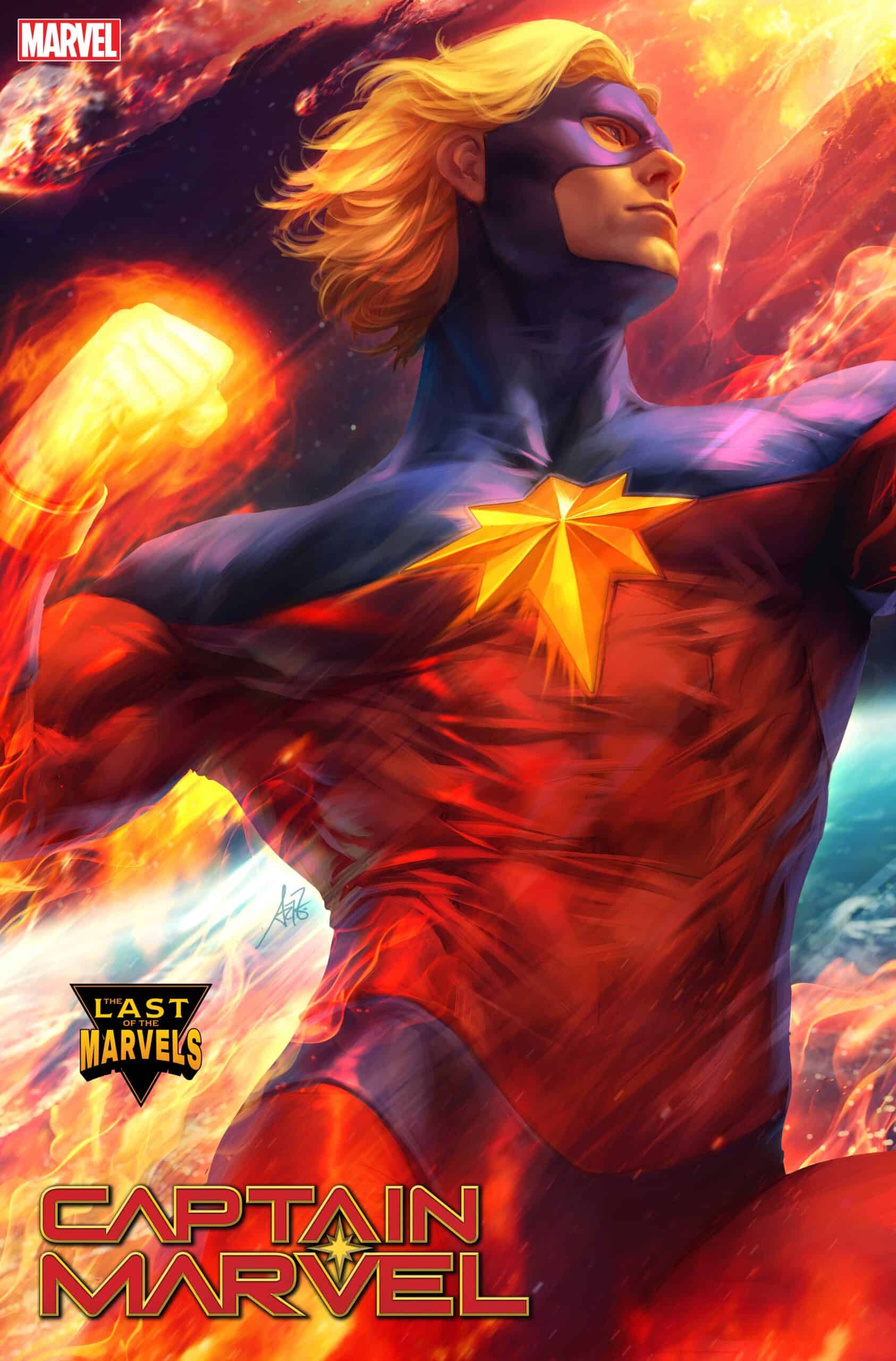 The Silver Age star met his untimely end in 1982’s legendary DEATH OF CAPTAIN MARVEL graphic novel. Will he make his grand return to combat this strange new threat and restore hope for Carol and the Captain Marvel name? Check out Artgerm’s variant cover below and don’t miss the reveal of the year in this exciting chapter of “Last of the Marvels” this November! For more information, visit Marvel.com