An old and out-of-practice monster hunter in hiding crosses paths with a young girl that forces him to confront these chaotic creatures. As the beasts invade their tenement, they set off on a supernatural road trip to stop these ancient evils in a story that explores the ways that youth informs adulthood and how early traumas can haunt us in old age. 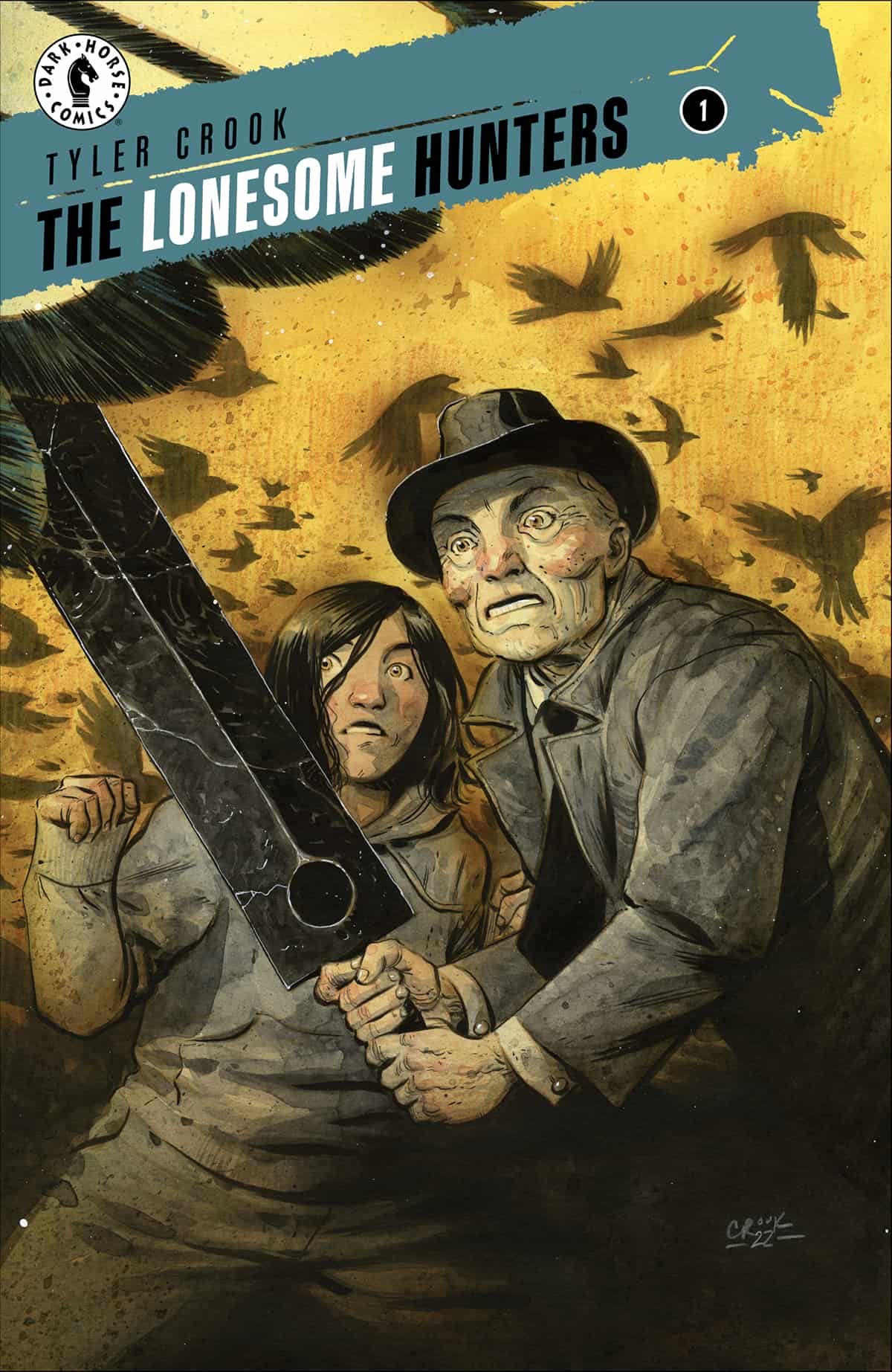 “I started thinking about The Lonesome Hunters almost 10 years ago,” said creator Tyler Crook. “It’s the sort of idea that I just kept coming back to, again and again. Because it’s the kind of story I want to read. One that deals with generational trauma and the various ways people cope with the pain and confusion of being human—but ya’ know, with a cool magical sword and weird monsters and stuff.”