NEWS WATCH: The Long-Awaited Return of Erica Slaughter in SOMETHING IS KILLING THE CHILDREN #21

BOOM! Studios has revealed the first look at SOMETHING IS KILLING THE CHILDREN #21, the first issue of a brand new story arc in the Eisner Award-nominated horror series from GLAAD Award-winning author James Tynion IV (The Department of Truth, The Nice House on the Lake), artist Werther Dell’Edera (Razorblades), colorist Miquel Muerto (House of Slaughter), and letterer AndWorld Design (We Only Find Them When They’re Dead). Erica Slaughter is BACK and on the trail of a mysterious new monster… available in March 2022.

One year later, after the events of Archer’s Peak, Erica Slaughter resurfaces to take on the case of a girl who’s seen a new kind of monster, one with terrifying implications. . . But she’s broken ties with the House of Slaughter—and that can have deadly consequences. The Order of St. George does not forget nor do they forgive. Even as Erica goes on the hunt, she must keep an eye out for the mysterious figure on her trail in order to survive the coming storm. 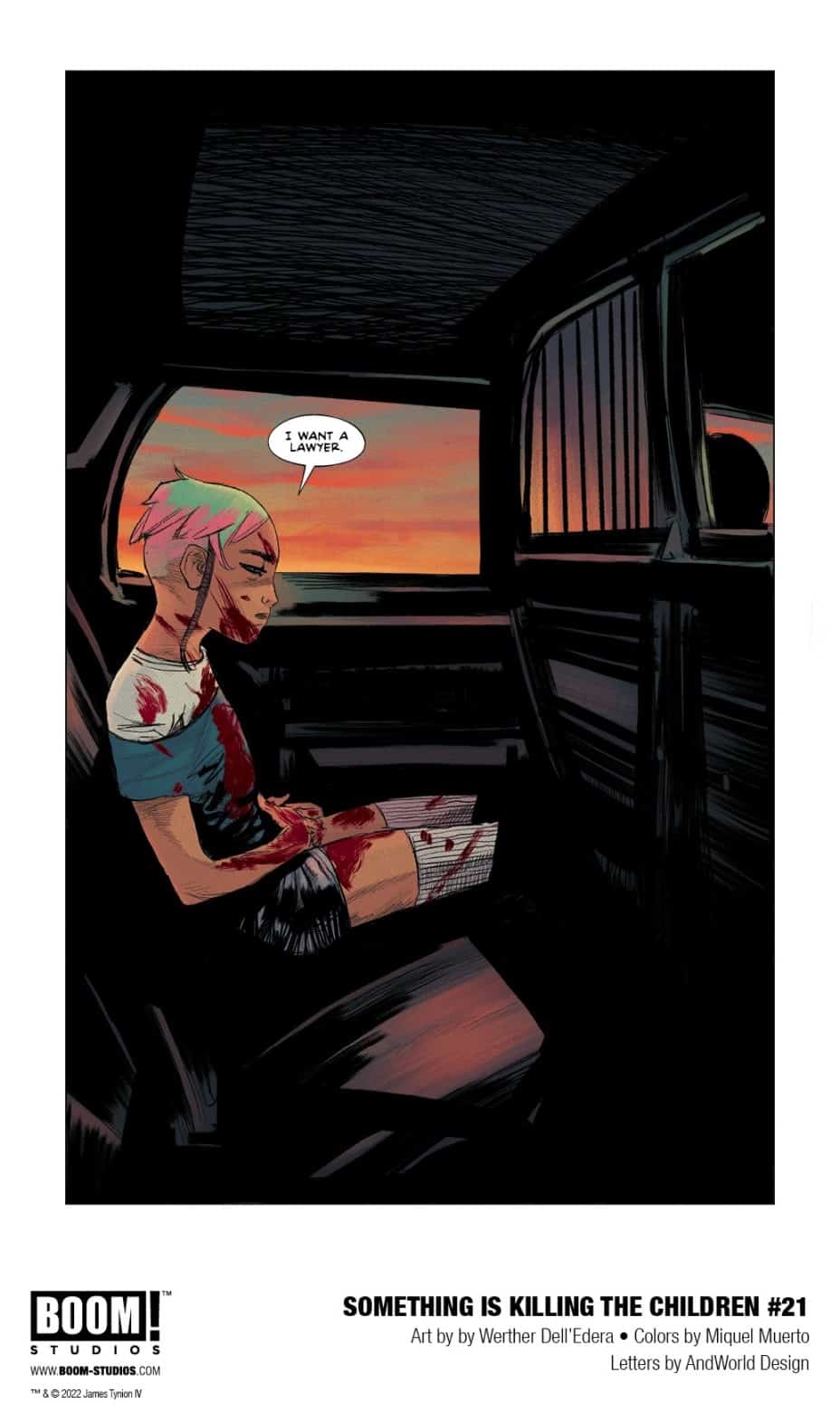 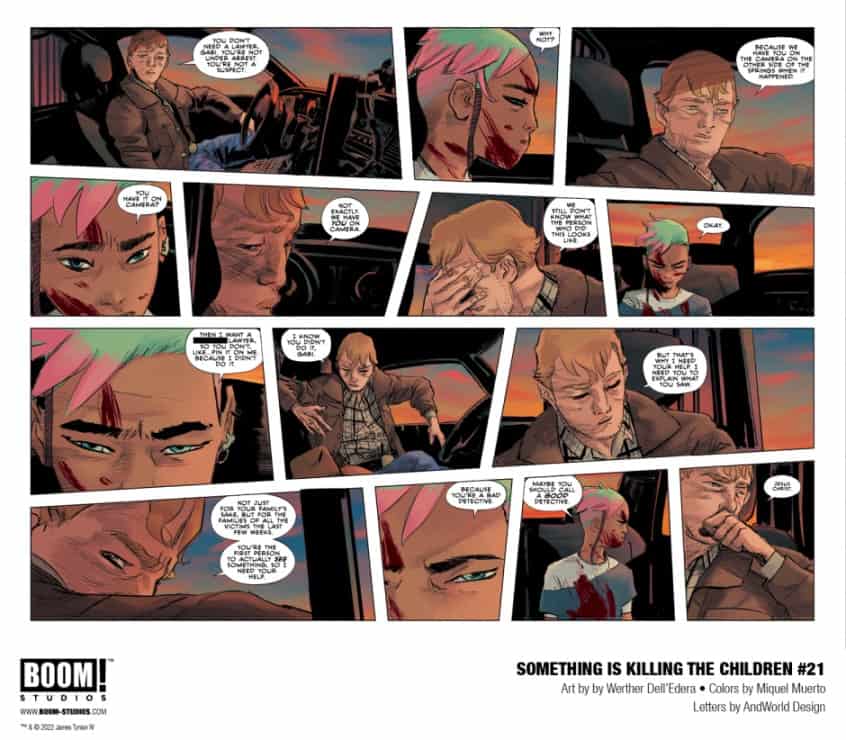 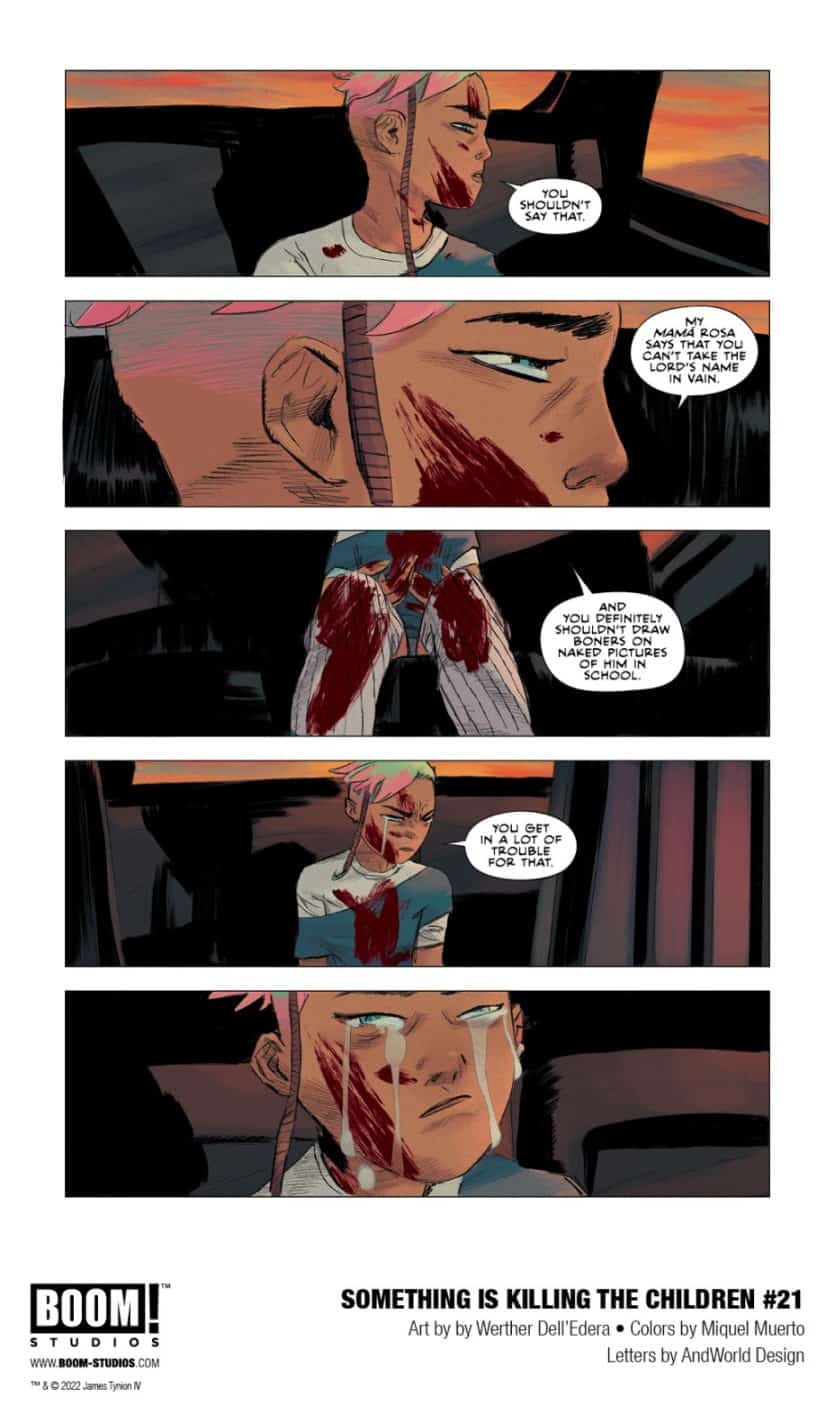 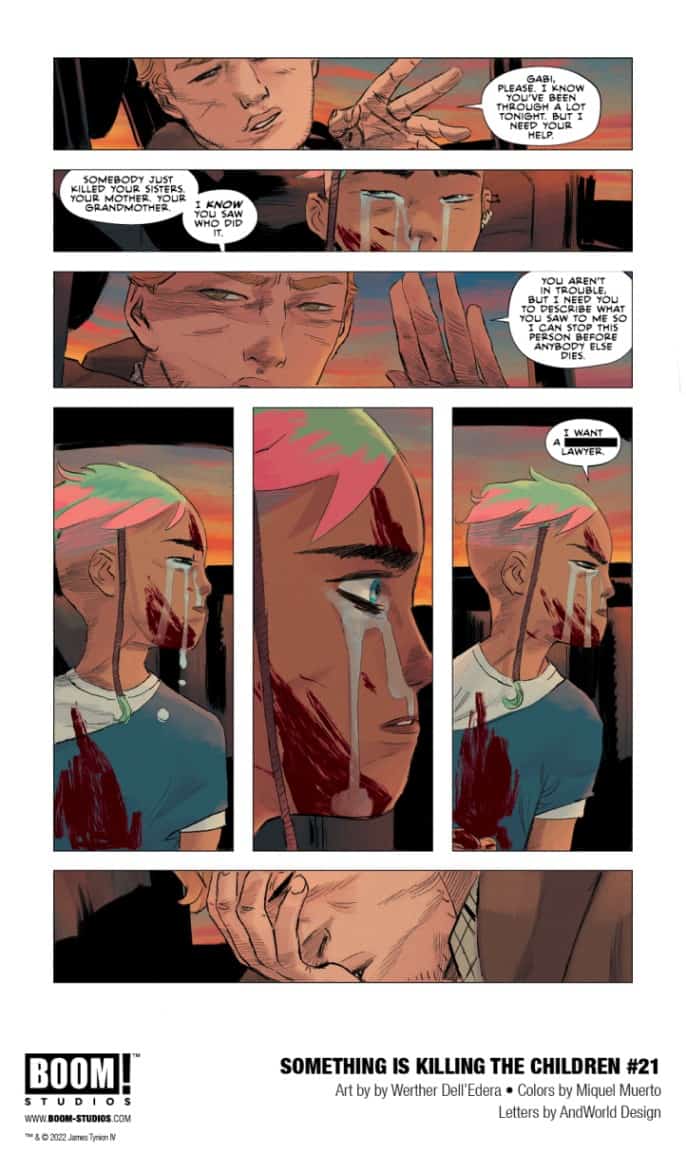 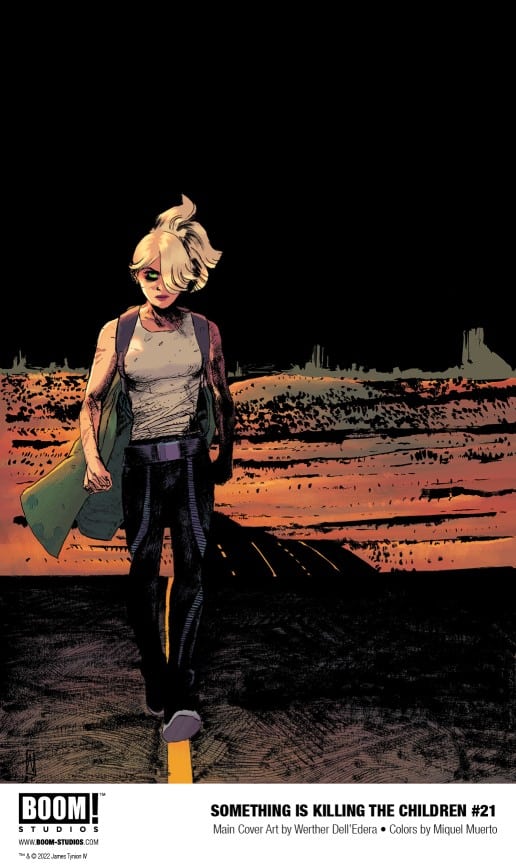 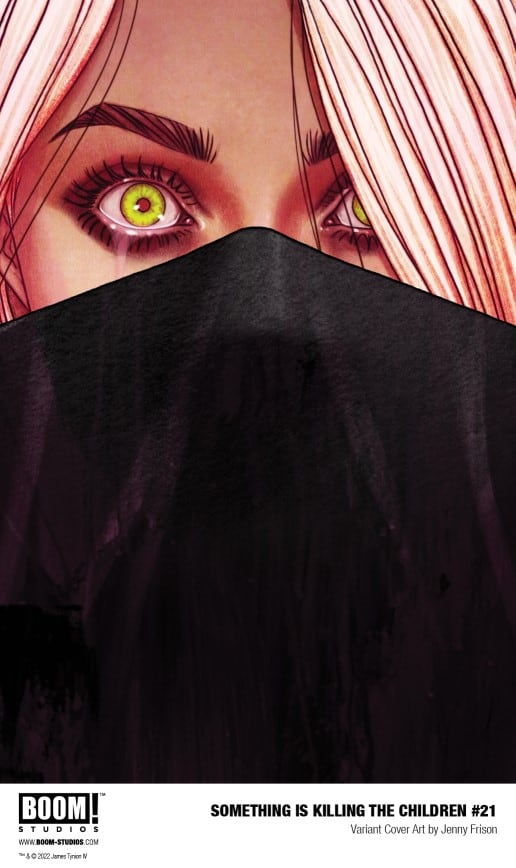 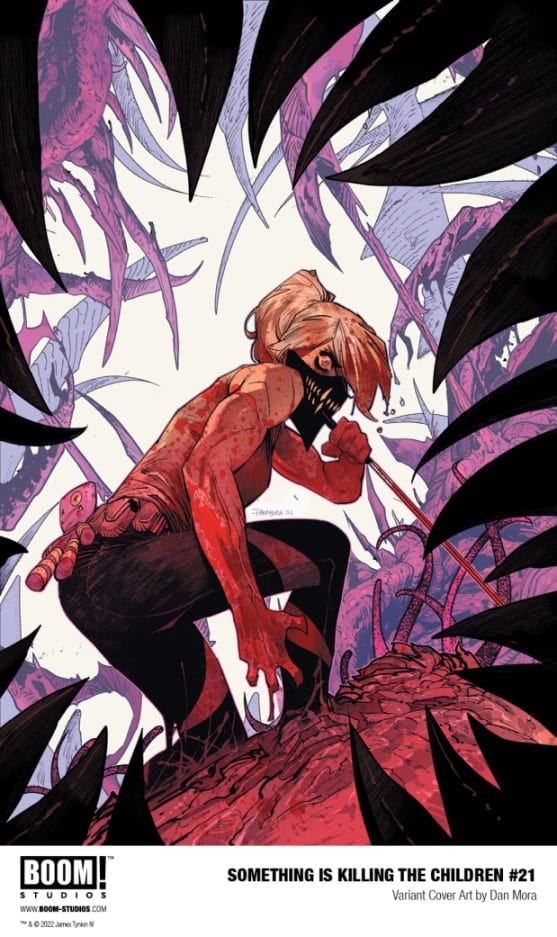 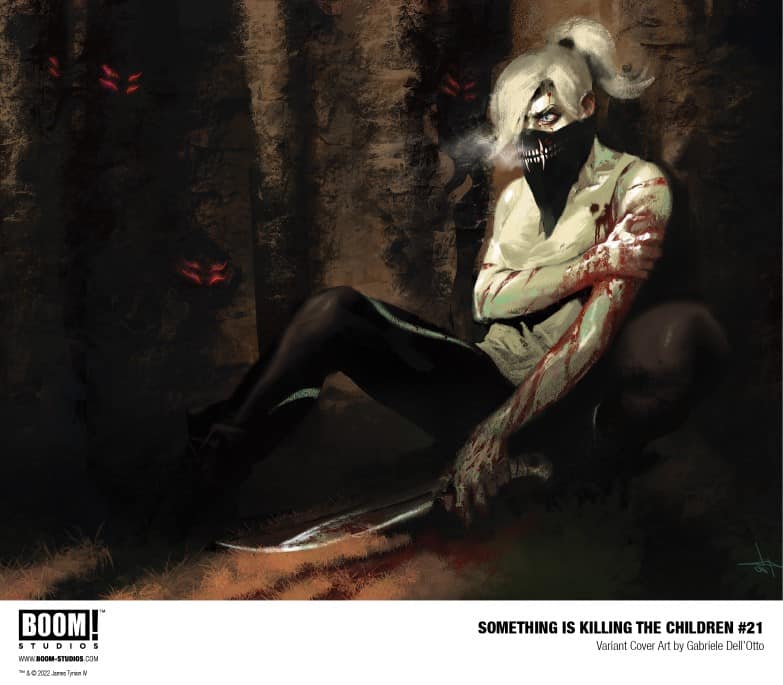 Print copies of SOMETHING IS KILLING THE CHILDREN #21 will be available for sale on March 30, 2022, exclusively at local comic book shops (use comicshoplocator.com to find the nearest one) or at the BOOM! Studios webstore. Digital copies can be purchased from content providers, including ComiXology, iBooks, Google Play, and Kindle.

NEWS WATCH: The Long-Awaited Return of Erica Slaughter in SOMETHING IS KILLING THE CHILDREN #21