NEWS WATCH: The Mad Titan Revisits His Past & Embraces His Future this Fall in THANOS: DEATH NOTES

This November, Marvel Comics wturns the spotlight on one of the most iconic comic villains of all time—THANOS in his own special one-shot.

THANOS: DEATH NOTES will be an oversized issue containing riveting stories about the Mad Titan’s life and begin the path towards his next conquest and will spin directly out of Donny Cates and Nic Klein’s THOR run where Thor recently beheld a terrifying future involving Thanos and vowed to use all his power to prevent it.

Thanos, missing, presumed dead after the chilling events of Kieron Gillen and Esad Ribi?’s ETERNALS. But Thor has seen a vision of his return. And it is enough to make even a God fear. To prepare himself, to prepare the universe, Thor desperately searches for answers in Thanos’ past…and finds a glimpse of the Marvel Universe’s dark future.

THANOS: DEATH NOTES will be brought together by an incredible lineup of creators including J. Michael Straczynski, Torunn Grønbekk, Kyle Starks, Christopher Cantwell, Andrea Di Vito, Travel Foreman, and one of the character’s most definitive artists, cosmic extraordinaire Ron Lim!

In a press release from Marvel. Editor Wil Moss explained:

“Ever since the Black Winter gave Thor a glimpse of how he was going to die way back in THOR #6, and Thor saw that it was going to be at the hands of a Thanos wielding not only an Infinity Stones-encrusted Mjolnir but also seemingly a new black Infinity Stone (not to mention with an army of undead super heroes and villains at his side), Thor has been working to prevent this horrific fate. In this THANOS one-shot, his quest brings him to look to Thanos’ past for clues. But in doing so, will Thor learn something of use, or merely realize that Thanos truly is inevitable? Big things are set up here, brought to you by an all-star cast of creators — don’t miss it!” 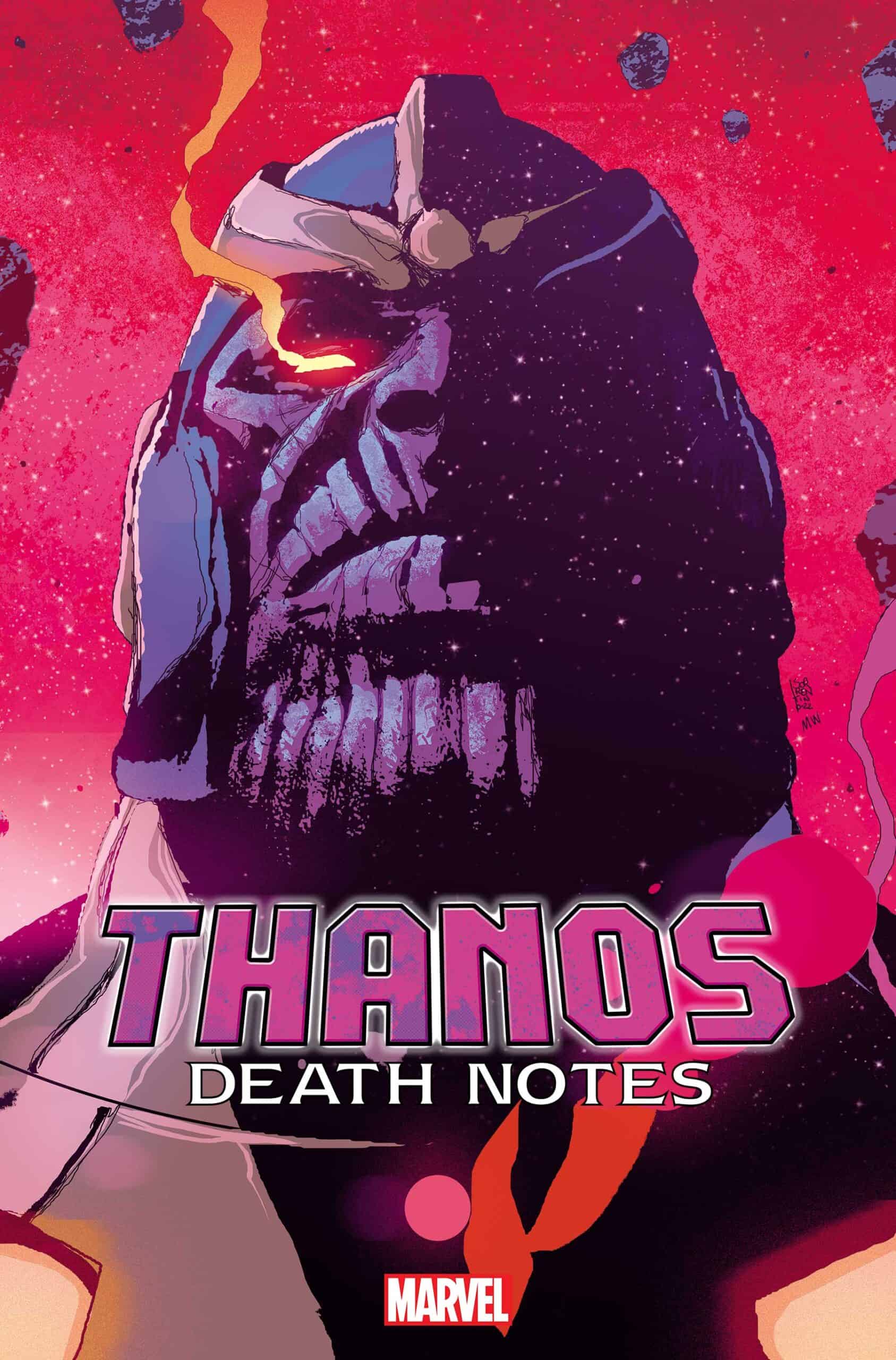 NEWS WATCH: The Mad Titan Revisits His Past & Embraces His Future this Fall in THANOS: DEATH NOTES