NEWS WATCH: THE MANY DEATHS OF LAILA STARR #1 Returns with Third Printing

BOOM! Studios Announces Third Printing With New Cover by Filipe Andrade in May 2021

BOOM! Studios has announced that THE MANY DEATHS OF LAILA STARR #1, the premiere issue in a new original series from acclaimed comics creator Ram V (Swamp Thing, Blue in Green), superstar artist Filipe Andrade (Captain Marvel), and letterer AndWorld Design, that explores the fine line between living and dying in Mumbai through the lens of magical realism, has sold out a second time at the distributor level!

In response to the overwhelming support from retailers and fans, BOOM! Studios has announced THE MANY DEATHS OF LAILA STARR #1 THIRD PRINTING, featuring a new cover by series artist Filipe Andrade, available in stores May 26, 2021.

With humanity on the verge of discovering immortality, the avatar of Death is fired and relegated to the world below to live out her now-finite days in the body of twenty-something Laila Starr in Mumbai. Struggling with her newfound mortality, Laila hatches a plan and soon discovers a way to be placed at the time and location where the creator of immortality will be born . . . But will Laila take her chance to permanently reverse the course of (future) history, or does a more shocking fate await her within the coils of mortal existence? 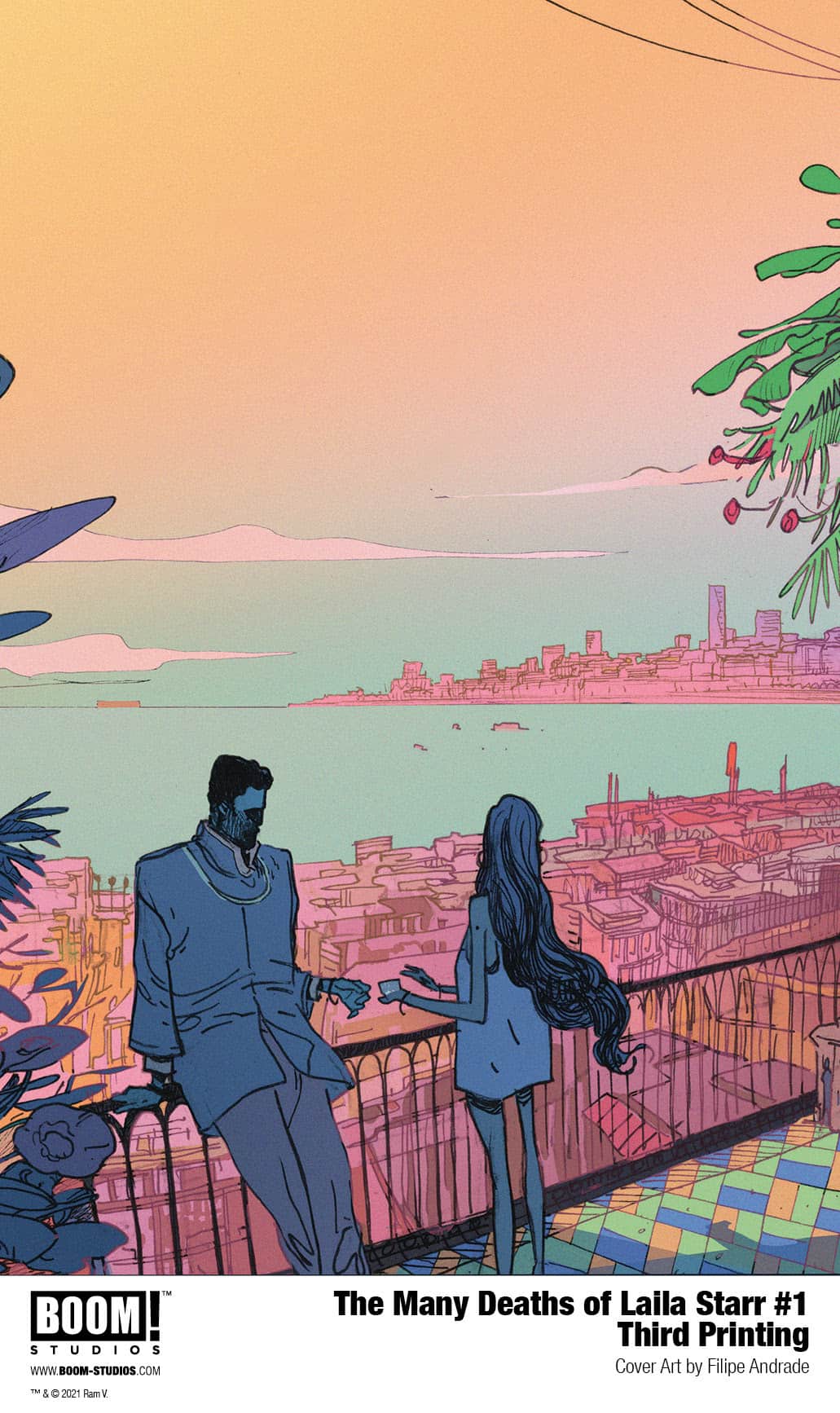 For continuing news on THE MANY DEATHS OF LAILA STARR and more from BOOM! Studios, stay tuned to www.boom-studios.com and follow @boomstudios on Twitter.

NEWS WATCH: THE MANY DEATHS OF LAILA STARR #1 Returns with Third Printing