This story will shed light on the First War that rocked the Marvel Universe, a conflict that preceded Asgard, Galactus, and all the heroes you know and love. That war will now reignite, and only the Fantastic Four can defend the Universe from the chaos it will unleash.

Get your first look at the revelations and action to come in the all-new FANTASTIC FOUR: RECKONING WAR ALPHA #1 trailer, featuring never-before-seen artwork!

In an exclusive interview with the news site Newsarama, Slott had this to say about The Reckoning War:

“When I was eight years old, I read a particular Marvel comic that struck me. It got me thinking, ‘If this happened, and that happened, then the whole Marvel universe would be in trouble. Every facet would be in danger if this conflict happened again, and I’ve sat back and waited since I was eight years old, and no one ever touched on this. And that made me happy. The Reckoning War is me finally being able to answer the question an eight-year-old me had: What if those guys showed up again? It’s chaos, madness… A fight for your life. This is my Star Wars.”

. For more information as it becomes available, visit Marvel.com. 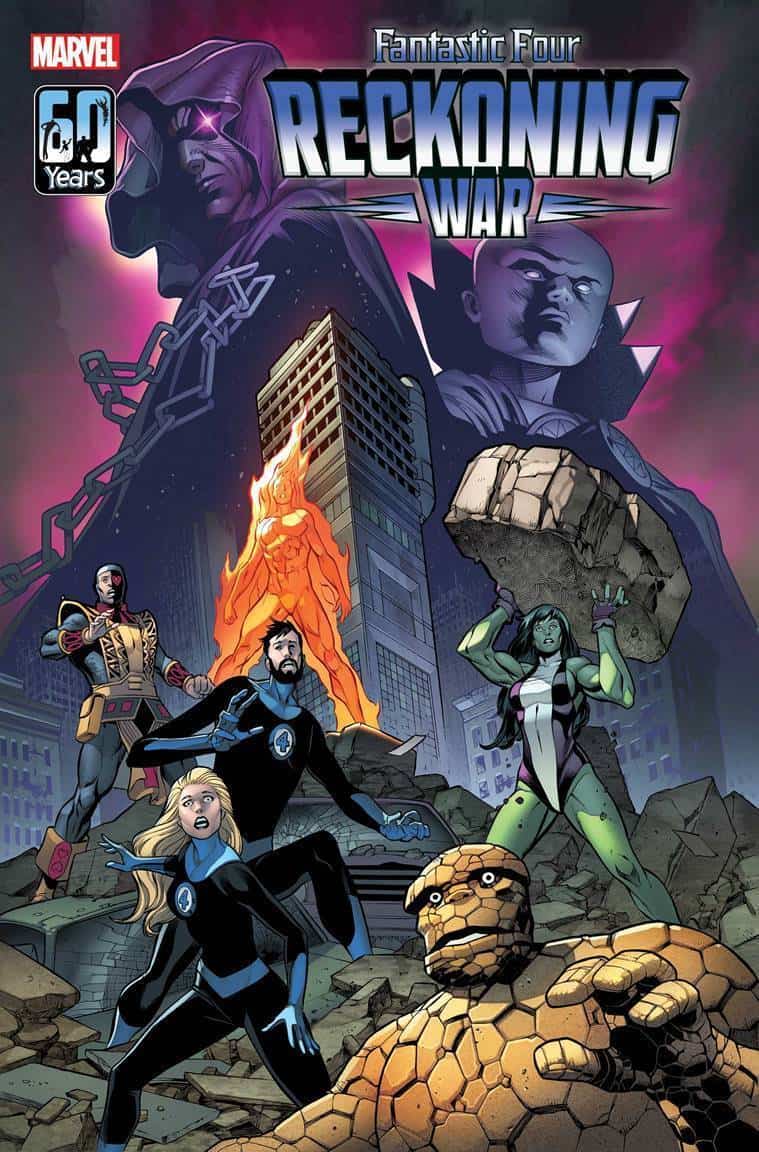 Be there for the first battle of the Reckoning War when FANTASTIC FOUR: RECKONING WAR ALPHA #1 hits stand on February 2, 2022, from Marvel Comics.