NEWS WATCH: THE MARVEL UNIVERSE DESCENDS INTO CHAOS IN THE DARKHOLD ALPHA #1!

The wait is over! After months of speculation, the highly-anticipated DARKHOLD saga will begin this September! This new Marvel Comics epic will kick off in DARKHOLD ALPHA #1 by acclaimed writer Steve Orlando (Curse of the Man-Thing) and extraordinary artist Cian Tormey (Injustice: Year Zero). In a story that will delight and terrify, the infamous Darkhold text has resurfaced, and the Scarlet Witch is the only hero who can prevent the dreadful havoc it’s set to unleash.

For hundreds of years, scholars and heroes alike have searched for the Darkhold—a.k.a. the Book of the Damned, written by the elder god Chthon. Now Doctor Doom, one of the greatest sorcerers in the Multiverse has found it, and Chthon has found him. To save them all, the Scarlet Witch recruits a group of the world’s greatest heroes: Iron Man, Wasp (Janet Van Dyne), Black Bolt, Blade, and Spider-Man. But in order to enter Chthon’s dimension and fight him, the heroes must read from the legendary Darkhold, which drives them utterly insane. Together, they’ll have to confront their inner darkness to overcome of the most powerful mystical threats the Marvel Universe has ever faced.

“At last, we’re ready to open the Darkhold together,” Orlando said. “Scarlet Witch and Doctor Doom are two of Marvel’s most intimidating icons! And I am so excited for you all to get on board with this journey that pushes Wanda to the limit, as five of Marvel’s biggest heroes must overcome the nightmares held by the Darkhold’s pages, to stand with Wanda against one of her oldest enemies.” 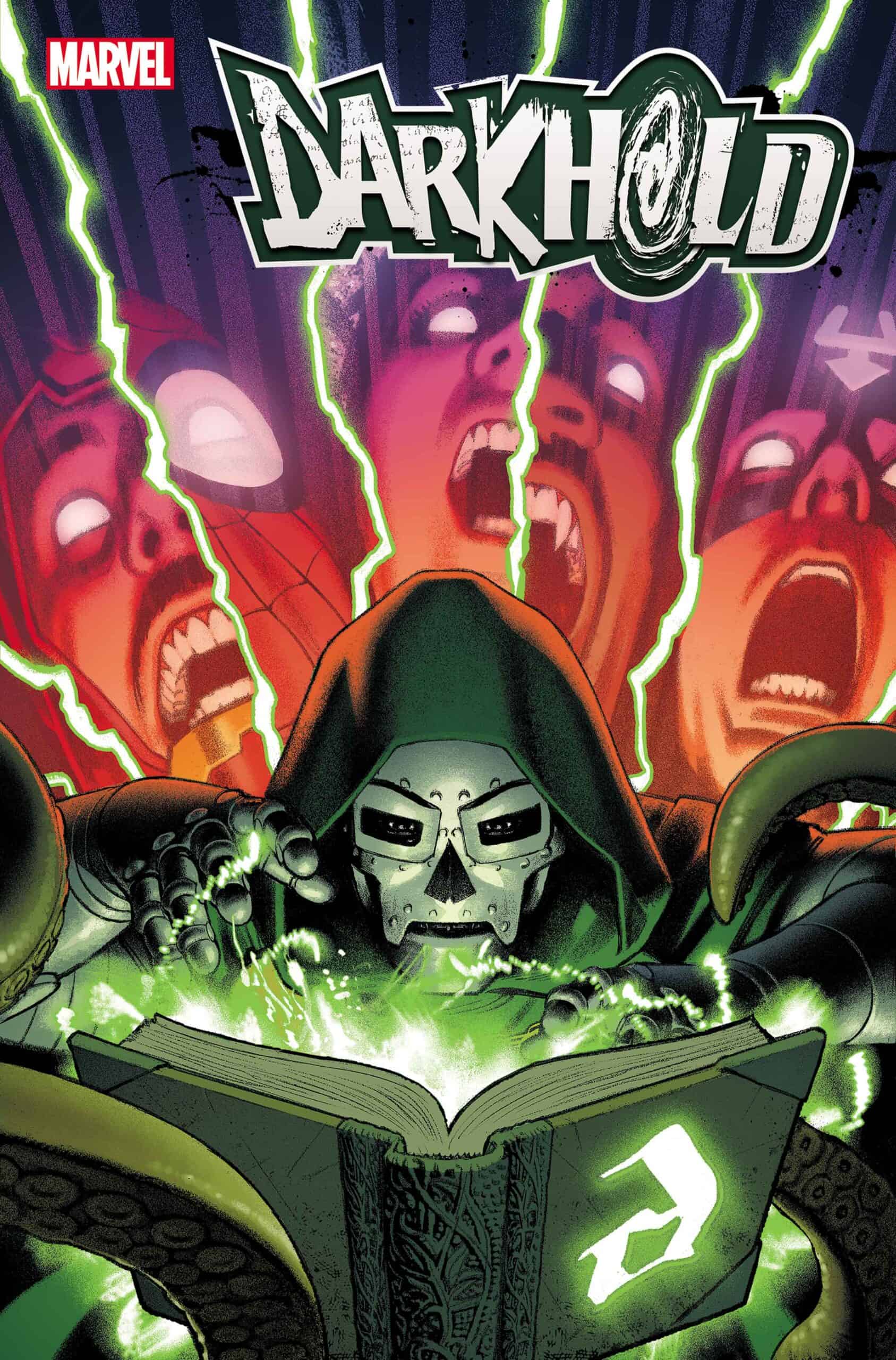 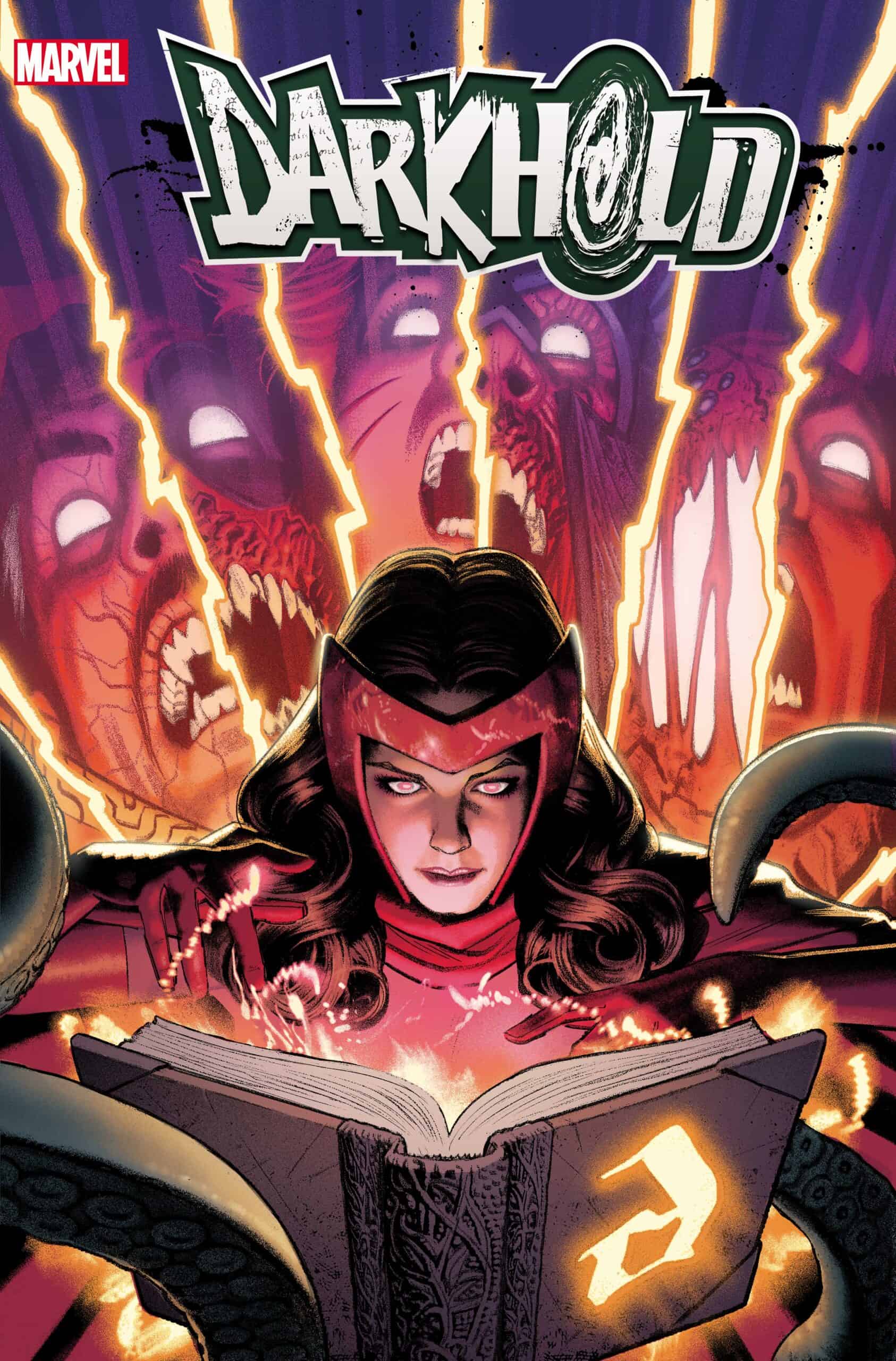 This spellbinding tale will be told across a series of one-shots, each focusing on a different hero. Enter the pages of the Darkhold—and lose your mind in mighty Marvel fashion when THE DARKHOLD ALPHA #1 hits stands on September 22nd

NEWS WATCH: THE MARVEL UNIVERSE DESCENDS INTO CHAOS IN THE DARKHOLD ALPHA #1!