NEWS WATCH: The Master of the Mystic Arts Returns to Reshape Your Reality in the New DOCTOR STRANGE Series!

Jed MacKay’s acclaimed work on the Doctor Strange mythos has captivated readers over the past year, and this March, a thrilling new chapter begins. Spinning out of the character’s terrifying demise in Death of Doctor Strange and Clea’s time as Sorcerer Supreme in Strange comes an all-new ongoing series for Stephen Strange where he’ll resume his duties as Marvel’s Master of the Mystic Arts!

This time around, MacKay will be joined by superstar artist Pasqual Ferry, known for his stylish work on recent titles like Namor: Conquered Shores and Spider-Man: Spider’s Shadow. These two talents have devised a grand plan for Doctor Strange centered around a shocking mystery that strikes at the very heart of Strange’s legacy and purpose. The journey that follows will harken back to the iconic hero’s psychedelic and otherworldly storytelling, taking readers to places only Strange would dare to go and introducing enemies only he could hope to defeat, including a brand-new threat that Strange shares a personal connection with. In honor of this new saga, Doctor Strange will be donning a revamped costume designed by the legendary Alex Ross, who will also be gracing the series with breathtaking covers!

Stephen Strange is back! Reunited with Clea and Wong, it’s back to business as usual for the Sorcerer Supreme. Have your children fallen into a deep nightmarish slumber? Are demonic refugees invading your home? Is your husband possessed by a satanic entity? Then call Doctor Strange! But when someone else begins to issue their own dark justice on Strange’s mightiest foes, Strange embarks on an interdimensional search for answers, only to discover the culprit may be closer to home than he thinks…

“After Death of Doctor Strange, after Strange, we open the next act in our ongoing saga of the Sorcerer Supreme in DOCTOR STRANGE #1!” MacKay proclaimed. “It’s been really exciting to have the opportunity to not only continue exploring the magical side of the Marvel Universe with the inhabitants of 177A Bleecker Street, but to follow the lives of the Stranges as the last year and a half has put them through the wringer. Pasqual has been putting together a truly magical book, and I’m super psyched to show people what’s in store for Stephen and Clea Strange- and of course, we won’t be giving them any time off after recent events…”

“When I started working for Marvel, there were three comics I had always wanted to draw: Fantastic Four, Spider-Man, and Doctor Strange,” Ferry said. “Why Doctor Strange? Because his stories include all the elements I love as an artist—the fantasy, science fiction, and imagination. Above all, the fact that I could look at Steve Ditko’s work as a reference really motivates me! When he drew Doctor Strange, all the utopian and imaginary sceneries were incredible. So this is a very special moment in my career, and I’m looking forward to seeing where the character is going to take us with this new narrative. I know a lot of artists, including myself, consider Doctor Strange a challenge, like there is a need to add something new to the character because it offers you that possibility. For me, Doctor Strange is a big challenge, but I embrace it.” 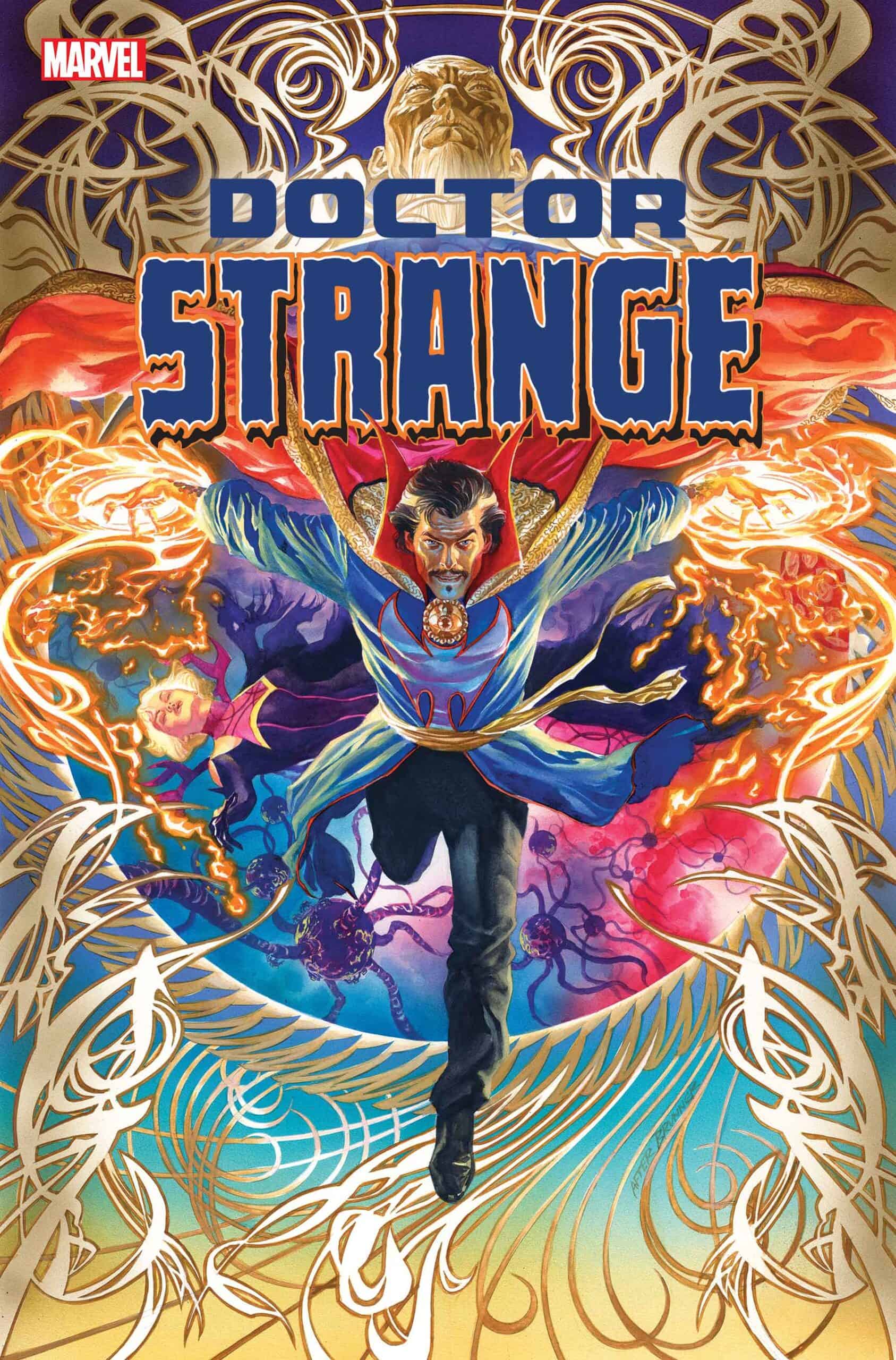 NEWS WATCH: THE MASTER OF THE MYSTIC ARTS RETURNS TO RESHAPE YOUR REALITY IN NEW DOCTOR STRANGE SERIES!