NEWS WATCH: The New Fantastic Four Returns this May in New Limited Series from Marvel

Thanks to Peter David and Alan Robinson, theNew Fantastic Four is returning to the Marvel Universe this May.

In 1991’s FANTASTIC FOUR #347, comic book legends Walter Simonson and Arthur Adams introduced the unforgettable iteration of Marvel’s premier Super Hero team when WOLVERINE, SPIDER-MAN, GHOST RIDER, and HULK joined together to become the NEW FANTASTIC FOUR. Though their time as the FF was brief, this unlikely group of heroes left a big impact, and now fans will get to return to this special moment in Marvel history in a new limited series

This limited series starring the NEW FANTASTIC FOUR will be set shortly after the events of the fan-favorite group’s first appearance, taking readers back to a classic era with a brand-new tale in the same vein as hit titles like X-MEN LEGENDS, MAESTRO, and SILVER SURFER REBIRTH.

Wolverine, Hulk(AKA Joe Fixit), Ghost Rider, and Spider-Man reunite to investigate a surge of violence in Las Vegas only to discover demonic masterminds pulling the strings; they’re going to need some extra help… This all-new adventure will feature surprise guest stars aplenty, including the original FF and a series of mystery villains that you’ll never see coming!

In a press release from Marvel, scribe Peter David said about the series:

“Although their original stint was extremely short-lived, the alternate version of the FF has had its fans for years, including myself. I am fortunate Marvel has given me the opportunity to revisit with them and take their battles to new heights in a new location with new allies and new enemies.”

“Talk about debuting with a big bang in Marvel Comics! With characters such as Spider-Man, Hulk, Ghost Rider, and Wolverine, and written by the awesome Peter David, no less! This is a dream come true for me as an artist and as a fan, and the story gets richer with each page. A total blast!”

The first issue will feature the following Nick Bradshaw’s wraparound cover featuring the iconic lineup alongside their original counterparts: 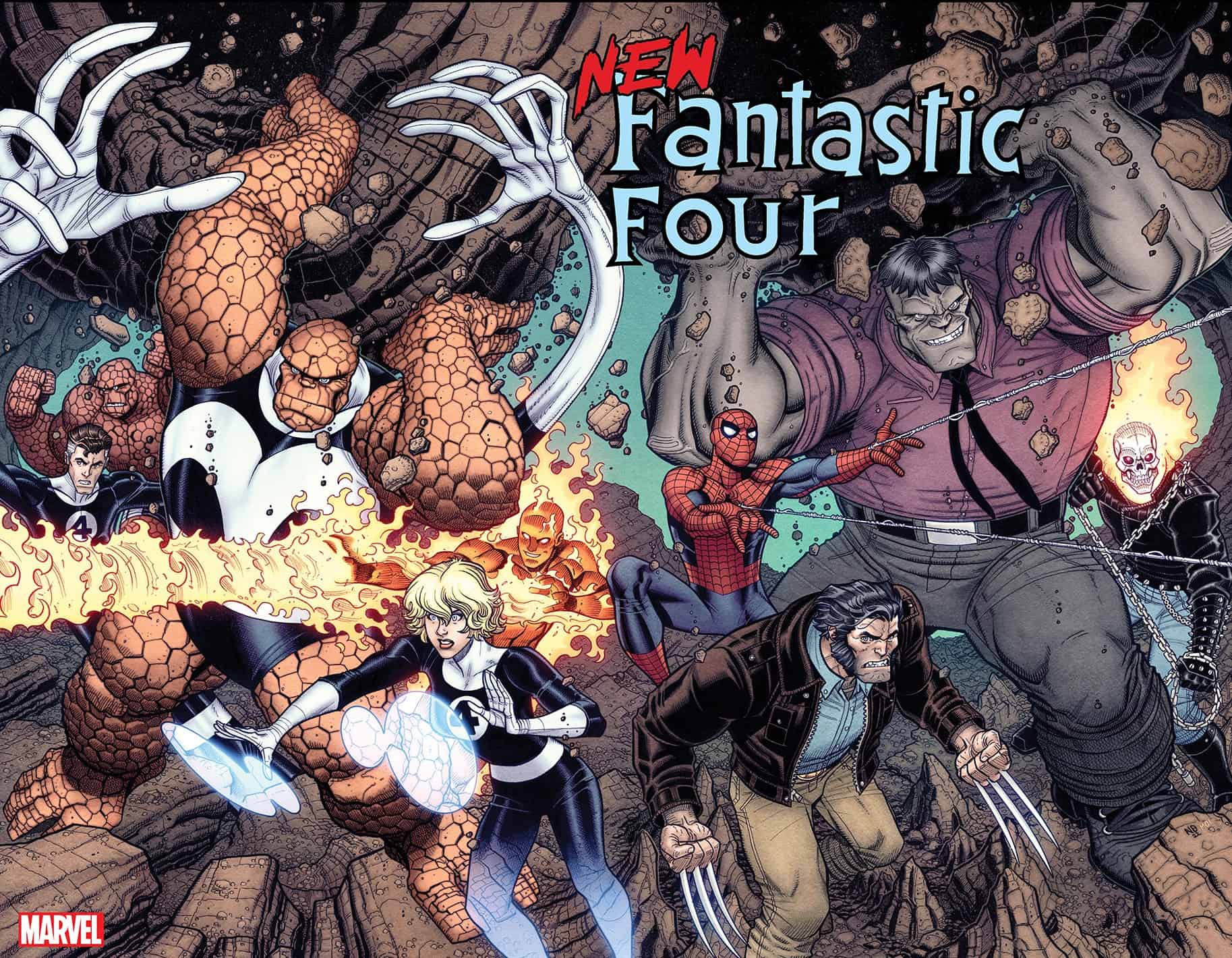 Brace yourself for a wild ride when NEW FANTASTIC FOUR hits stands on May 25, 2022, from MARVEL COMICS.

NEWS WATCH: The New Fantastic Four Returns this May in New Limited Series from Marvel