Spinning out of the Conclusion of Flashpoint Beyond, The New Golden Age Starts The Strangest Mystery to Ever Plague the DC Universe!

Justice Society of America Return in An ongoing Series by Geoff Johns and Mikel Janín!

From the 1940s to the 3040s, great heroes across the DC timeline take on the great evils of their era. But in the aftermath of Flashpoint Beyond, those heroes and villains will have their lives turned upside down, from the past to the far future. The New Golden Age one-shot from Geoff Johns lands at comic book shops on November 8th and will unlock DC’s epic and secret-ridden history of heroism, launching a new group of titles with JUSTICE SOCIETY OF AMERICA and STARGIRL: THE LOST CHILDREN.

“I’m happy to be writing these two titles, each one of them focused on celebrating and expanding the history (and far future) of heroism in the DC Universe, exploring unseen heroes, villains and adventures alongside the ones we all know and love,” said Geoff Johns. “Our goal is to delve into the neglected corners of DC with this new group of titles, from the JSA to the Legion, and all those who operate between. It’s the story of where superheroes came from, where they’re going and why they’re always needed.”

DC’s future…and its past…will never be the same again. But how are Mime and Marionette connected to this? Why are Rip Hunter and the Time Masters the most unlikable heroes in the DC Universe? And who or what is…Nostalgia? Don’t miss the start of the strangest mystery to have ever plagued the DC Universe. 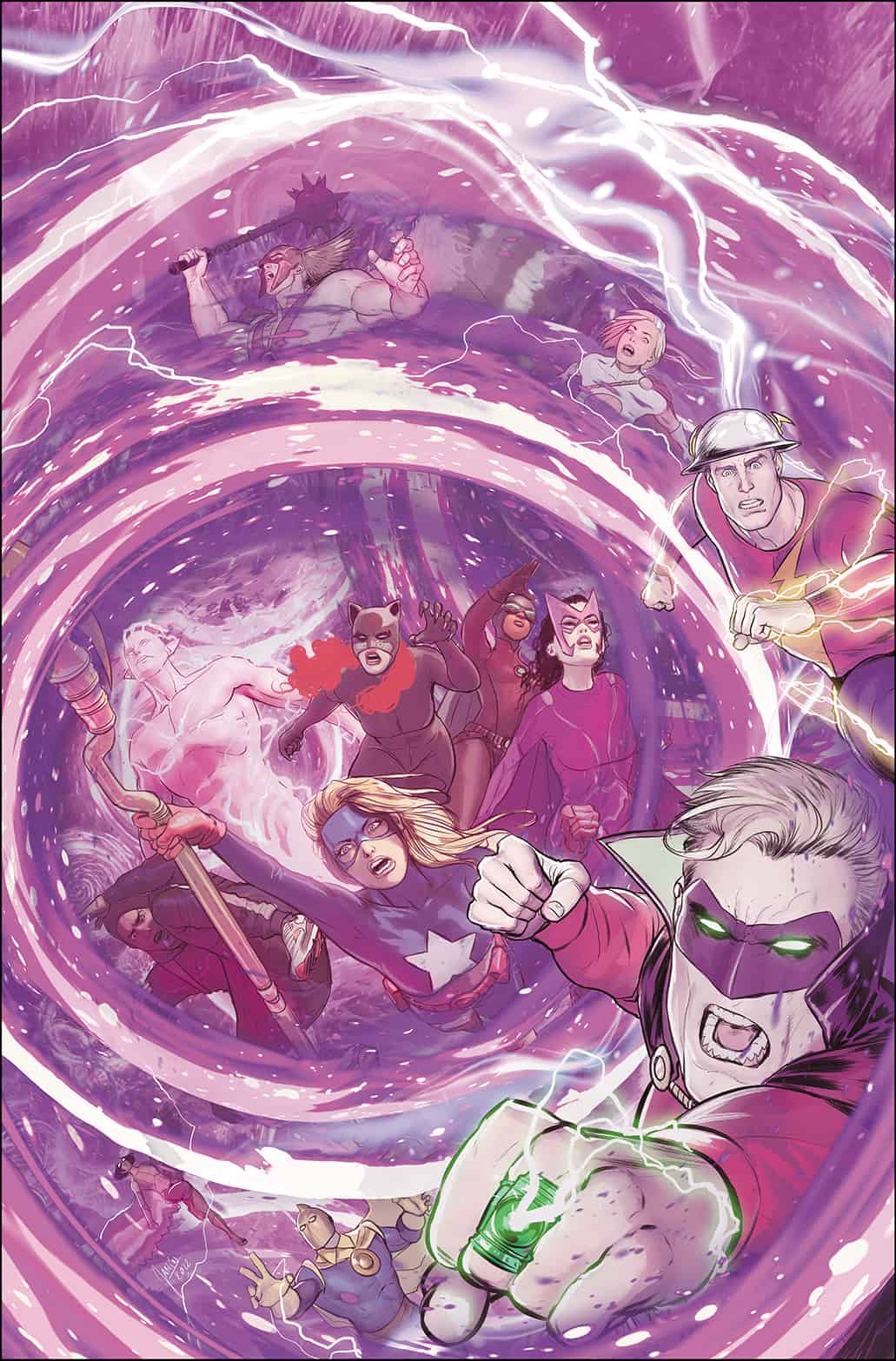 After making their long awaited return in the pages of Dark Crisis on Infinite Earths #3, the Justice Society of America (JSA) are back in “Justice Society of America: The New Golden Age Part One.” Or are they? A long-lost hero from the JSA crashes into our era with a grave warning…but it’s too late. A mysterious and malevolent enemy has invaded the entire history of the JSA, and an all-new team must come together to defeat it. But what deadly secret does this messenger from beyond keep? Where are they from? And why is all of this happening now? Only the Time Masters know…

“There will be familiar faces re-joining the team, like Jay Garrick and Alan Scott, as well as long-lost members returning, like Beth Chapel and Yolanda Montez, and a new Golden Age legacy hero first hinted at in the end of Flashpoint Beyond. Mikel Janin is doing the work of his career on this,” added Johns.

Justice Society of America is an on-going monthly title written by Johns, featuring art by Mikel Janín (Batman), and the first issue will be available at local comic book shops on November 22. 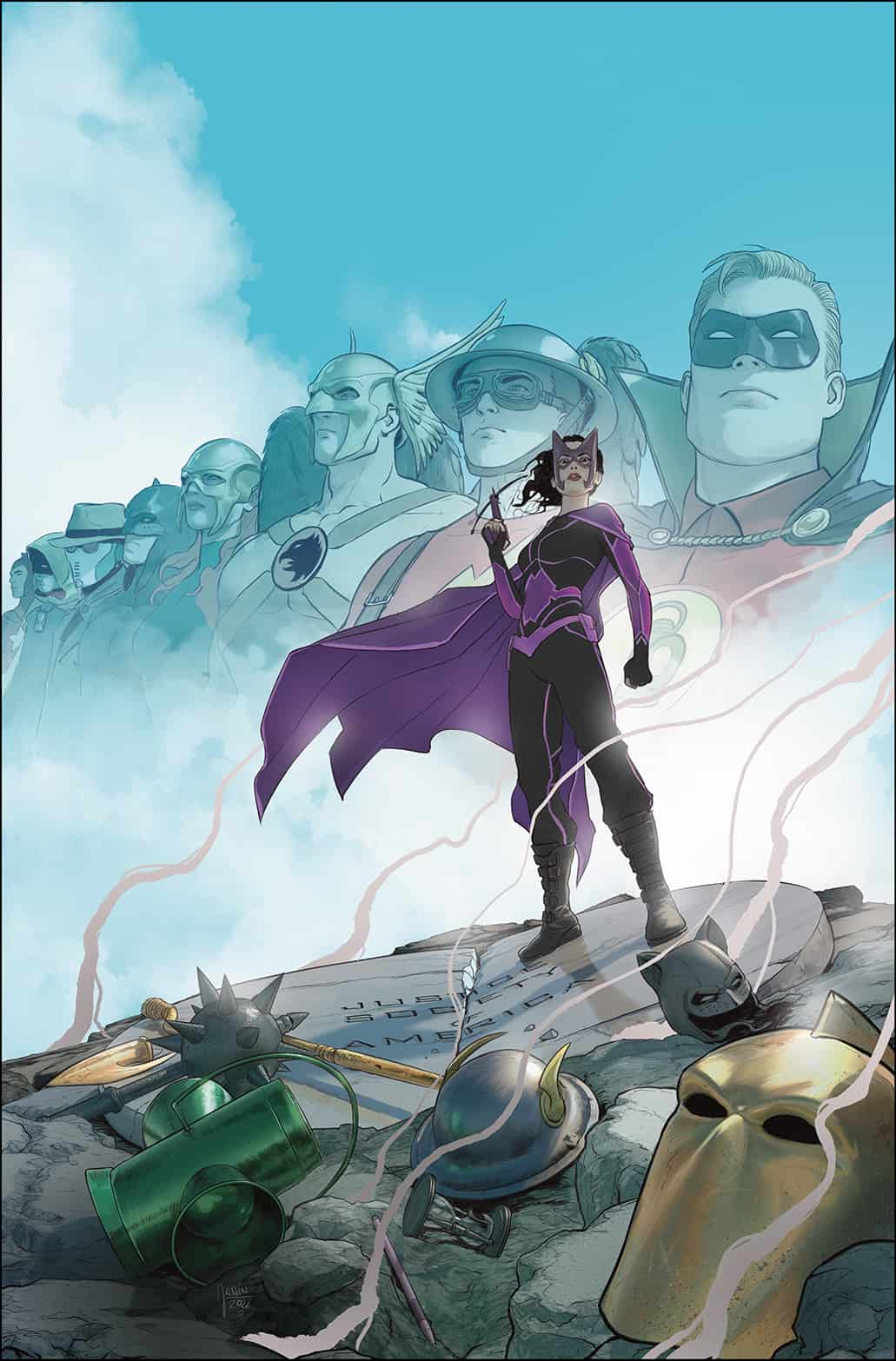 Art and cover by MIKEL JANÍN

“There’s nothing I get more gratitude from than continuing the legacy of my sister with Stargirl. And to do it with Todd is a blessing as we introduce DC’s secret Golden Age of teenage heroes in a fun mini-event,” added Johns.

Johns is teaming up with Iconic Young Justice illustrator Todd Nauck for an epic teenage DC hero event, Stargirl: The Lost Children! When Stargirl of the Justice Society and Green Arrow’s ally Red Arrow discover a tragic teenage hero from the past has gone missing, they set out to find him…only to discover he’s not the first teenage hero of the Golden Age to have vanished without a trace. But where have they gone? Who are they? And what does the Childminder want with them? 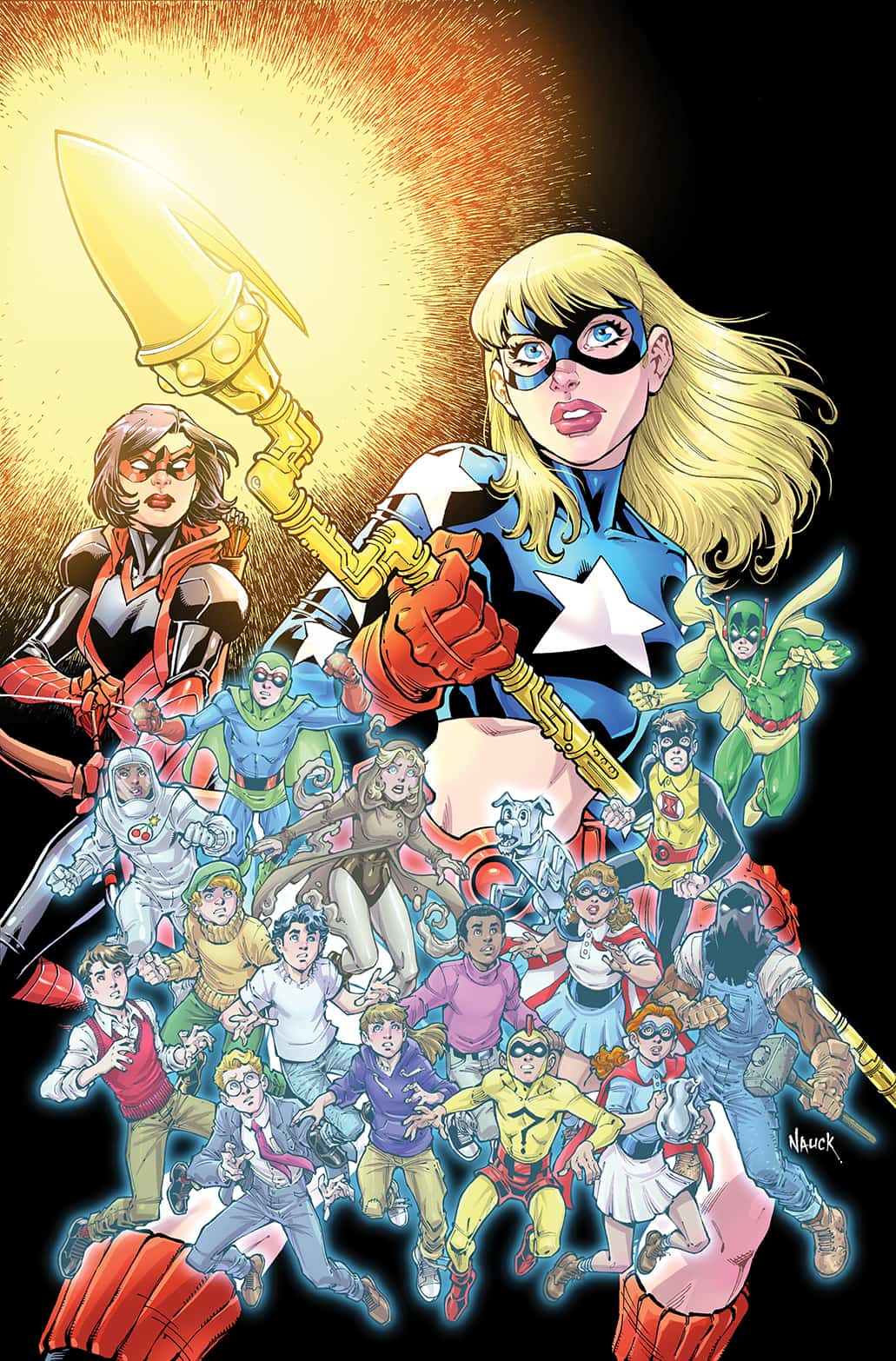 Art and cover by TODD NAUCK

Every issue of the Justice Society of America and Stargirl: The Lost Children will feature a “THE NEW GOLDEN AGE” banner above the title on the cover.