NEWS WATCH: The Power of the Ten Rings is Unleashed on The Marvel Universe!

A new weapon that could rival the might of the Infinity Stones will emerge this May in SHANG-CHI #12! In this crucial issue, Shang-Chi’s greatest enemies have gathered under his vengeful grandfather, and in order to protect his bloodline, Shang-Chi will have to confront his dark side and unleash the power he was destined to wield… THE TEN RINGS! The devastating consequences of this action will have a major impact on Shang-Chi’s role in the greater Marvel Universe and further complicate his already tense relationship with the Avengers.

The legend of Marvel’s greatest fighter has been redefined for a new age in acclaimed writer Gene Luen Yang and superstar artist Marcus To’s hit run on SHANG-CHI. Since the very beginning, Shang-Chi’s ongoing solo series has revealed long-hidden secrets about his origins, introduced readers to his warrior siblings, and saw him sacrifice his good standing with Marvel’s heroes in order to honor his newly found family. Now, Earth is under attack from Shang-Chi’s grandfather and the forces of Ta Lo! 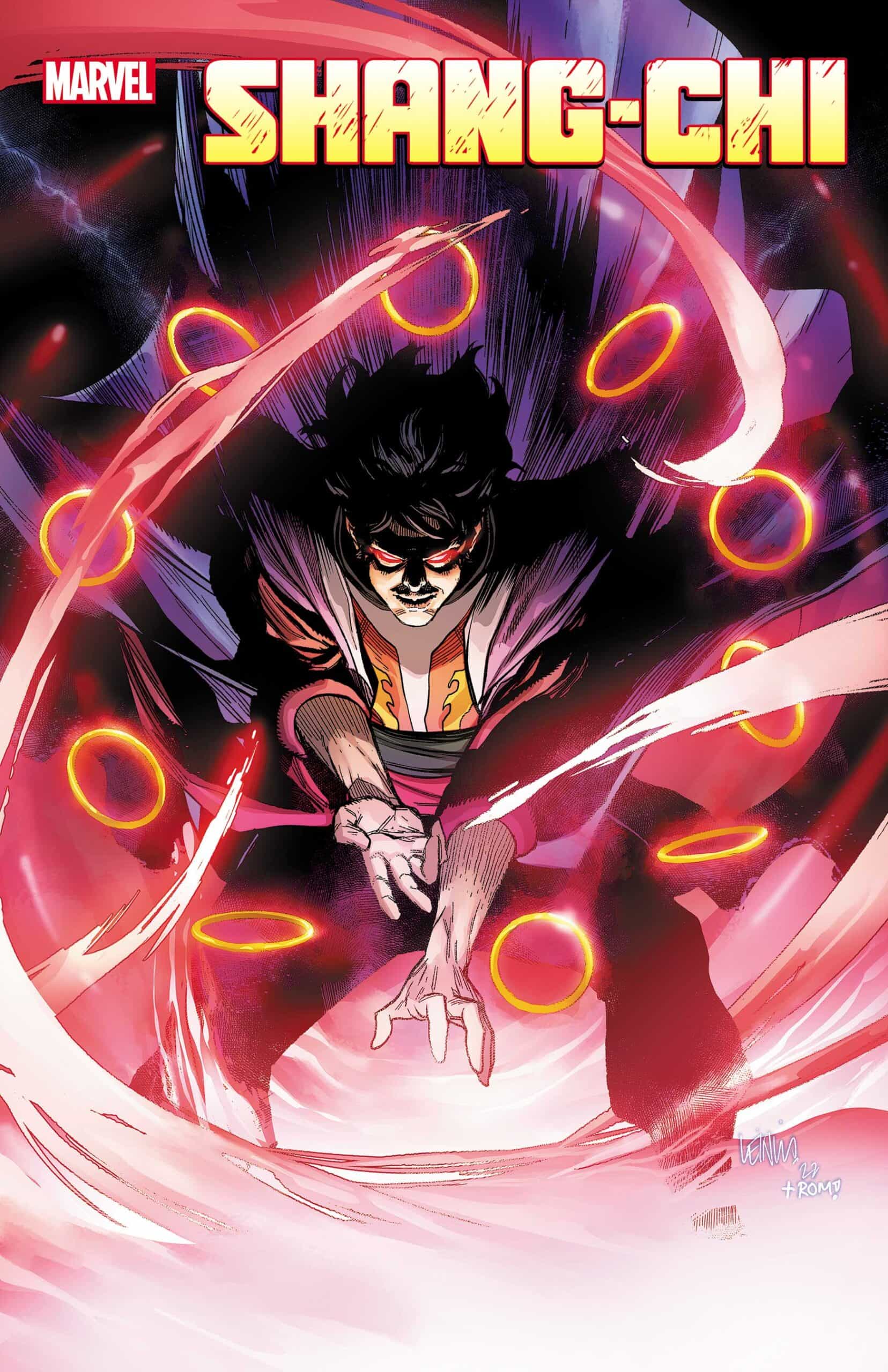 To save his world, Shang-Chi must succumb to his late father’s wishes and inherit the deadly Ten Rings. But will he be able to wield its power, or will its temptations be too much? Find out when SHANG-CHI #12 arrives in May! For more information, visit Marvel.com.

NEWS WATCH: The Power of the Ten Rings is Unleashed on The Marvel Universe!