NEWS WATCH: The Secret History of the War on Weed Lights Up Shelves on 420

Fan-favorite creators Brian Posehn, Gerry Duggan & Scott Koblish reform Voltron (metaphorically only) from their days on Deadpool (also not appearing) to tell a true story and lost chapter from the nation’s sad and failed war on drugs. The Secret History of the War on Weed one-shot will hit shelves this April.

“I am always game to stir up some comic book silliness with Koblish and Duggan,” said Posehn. “With our 4/20 adventures of Scotch McTiernan, we might have outdone ourselves. Eighties references, ultra violence, and high jokes per page rate is our wheel house. We leveled our wheel house this time. Check it out!” 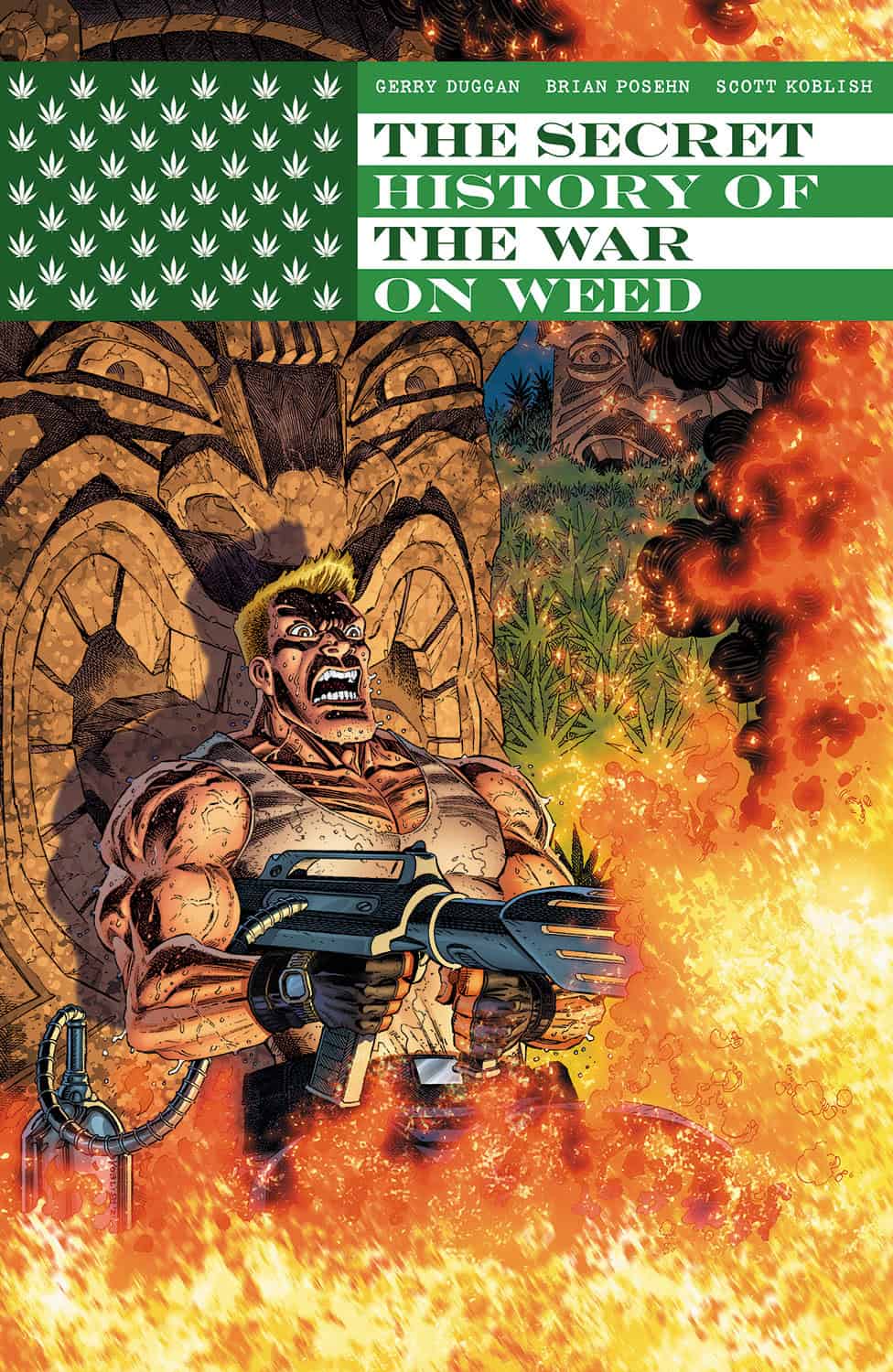 The year is 1985. The First Lady decides to crush Northern California cannabis farmers and deploys the biggest tool in the armed forces: Scotch McTiernan (collectible first of many hilarious appearances). “If it weeds…we can kill it.” Scotch puts his boots on the ground in Humboldt and does what he does best—but what happens when he gets high for the first time?

Duggan added: “My most hilarious and messed-up comics have been collaborations with Scott and Brian, and this is our funniest and most screwed up comic yet. If you like ’80s action comedy, alternate histories of the United States, and are a marijuana-curious, then this comic is for you.”

This one-shot has it all: laughs, tears, heart, action—plus, an activity page! A portion of the proceeds from this comic will be donated to organizations dedicated to helping casualties of America’s immoral drug war.

“I’m proud to be getting together again with two of the craziest minds in comics and comedy!” said Koblish. “If you’ve enjoyed the work we’ve done together you’ll know that we pack every page with humor, action and manic adventure—and this comic doesn’t disappoint! I can’t wait for everyone to check out this book and take a hefty swig of Scotch!”

The Secret History of the War on Weed one-shot (Diamond Code FEB220059) will be available at comic book shops on Wednesday, April 20.

NEWS WATCH: The Secret History of the War on Weed Lights Up Shelves on 420