NEWS WATCH: The SINS OF SINISTER Continue to Unfold in March 2023

Next month, Mister Sinister wins as the SINS OF SINISTER storyline sees the iconic X-Men villain’s long-term plotting finally pay off as his influence washes over not only Krakoa but the entire Marvel Universe! 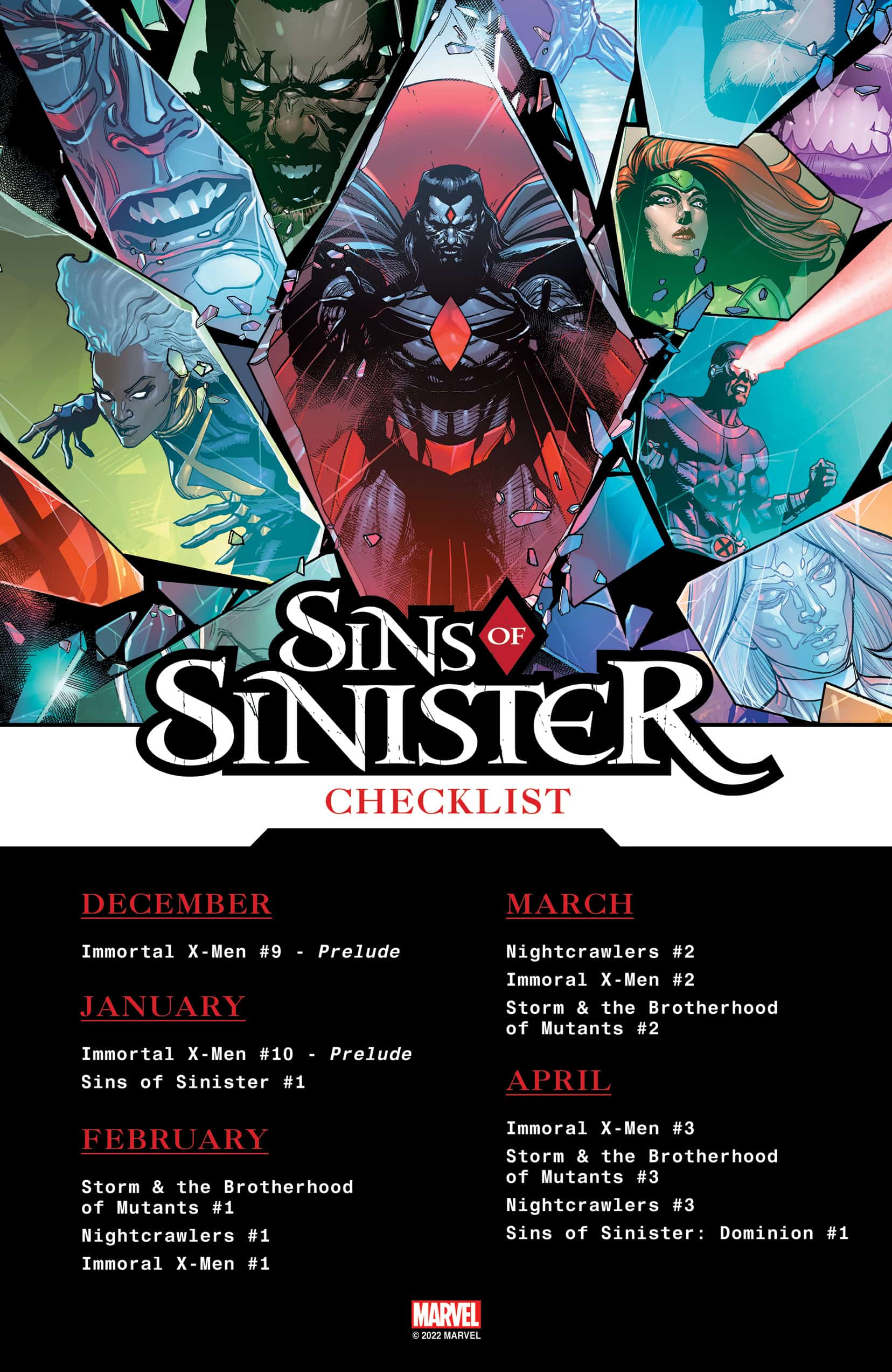 The saga will kick off in SINS OF SINISTER ALPHA #1 before unfolding across three limited series that will replace Immortal X-Men, X-Men Red, and Legion of X starting in February:

Tackling three separate time periods, each superstar artist will draw an issue of all three titles as consecutive issues propel the Marvel Universe further and further into a dark future, dramatically escalating the stakes with each startling time jump: 10 Years… 100 Years… 1000 Years…

Right now, fans can learn about what’s to come in March’s SINS OF SINISTER installments as hese thrilling and heavily inter-connected middle chapters reveal what happens 100 years down the line as an army of Nightcrawlers scavenge the greatest artifacts of the fallen Marvel Universe as Storm channels Professor X as she remains the last surviving defender of mutantkind against Sinister’s forces, and a major player returns with the power to bring down Sinister’s reign or make it never-ending… 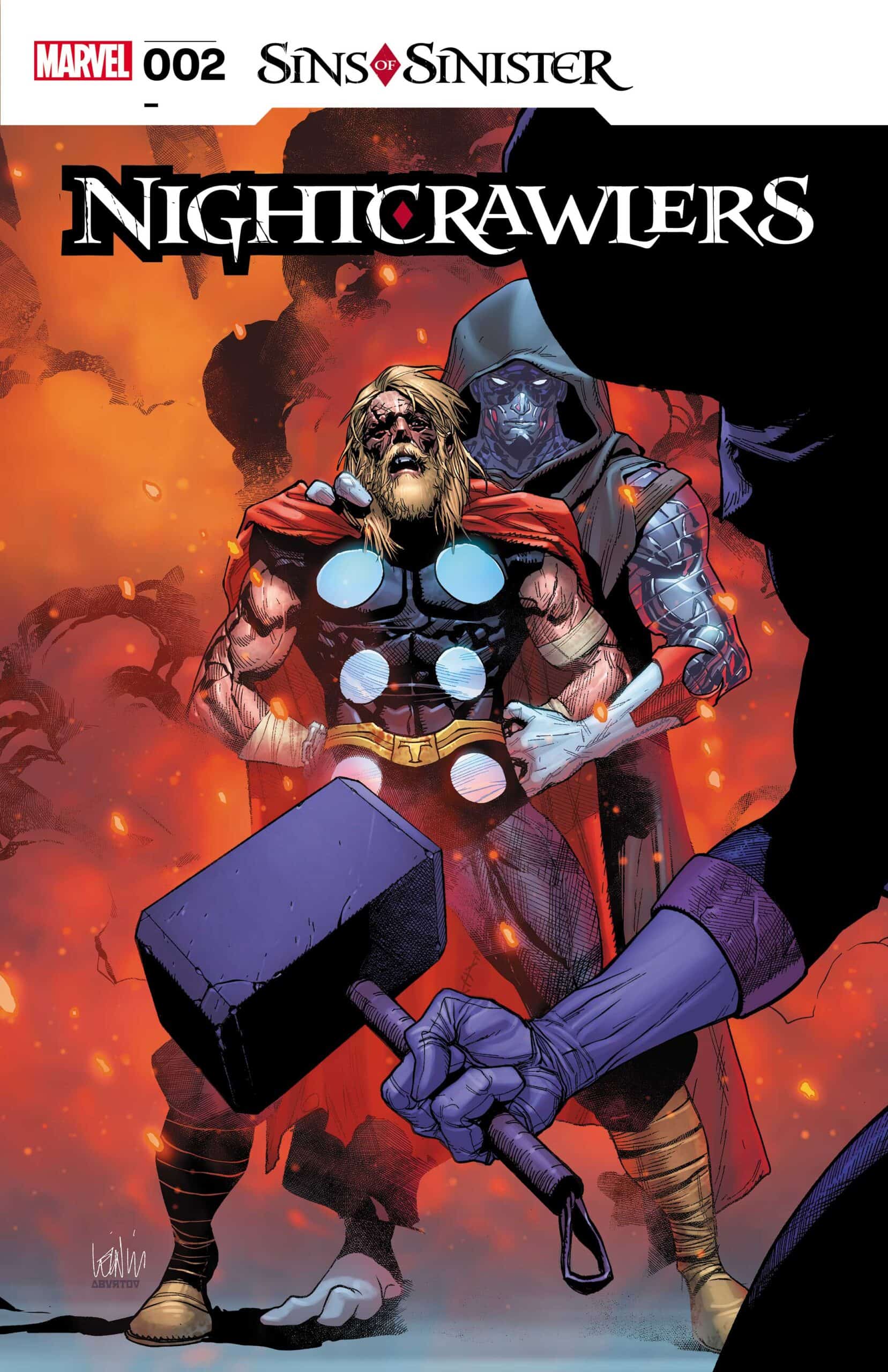 Wagnerine and her gene-spliced assassins are holy thieves, servants to a cosmic cult in NIGHTCRAWLERS #2! Let the HEIST LITURGY be spoken! Loot the ashes of Asgard! Raid the tombs of Otherworld! Pick the pockets of the Marvel Universe and build the sacred weapon! And let us bear witness to the final fate of the First…the fallen fiend who was once known as NIGHTCRAWLER. 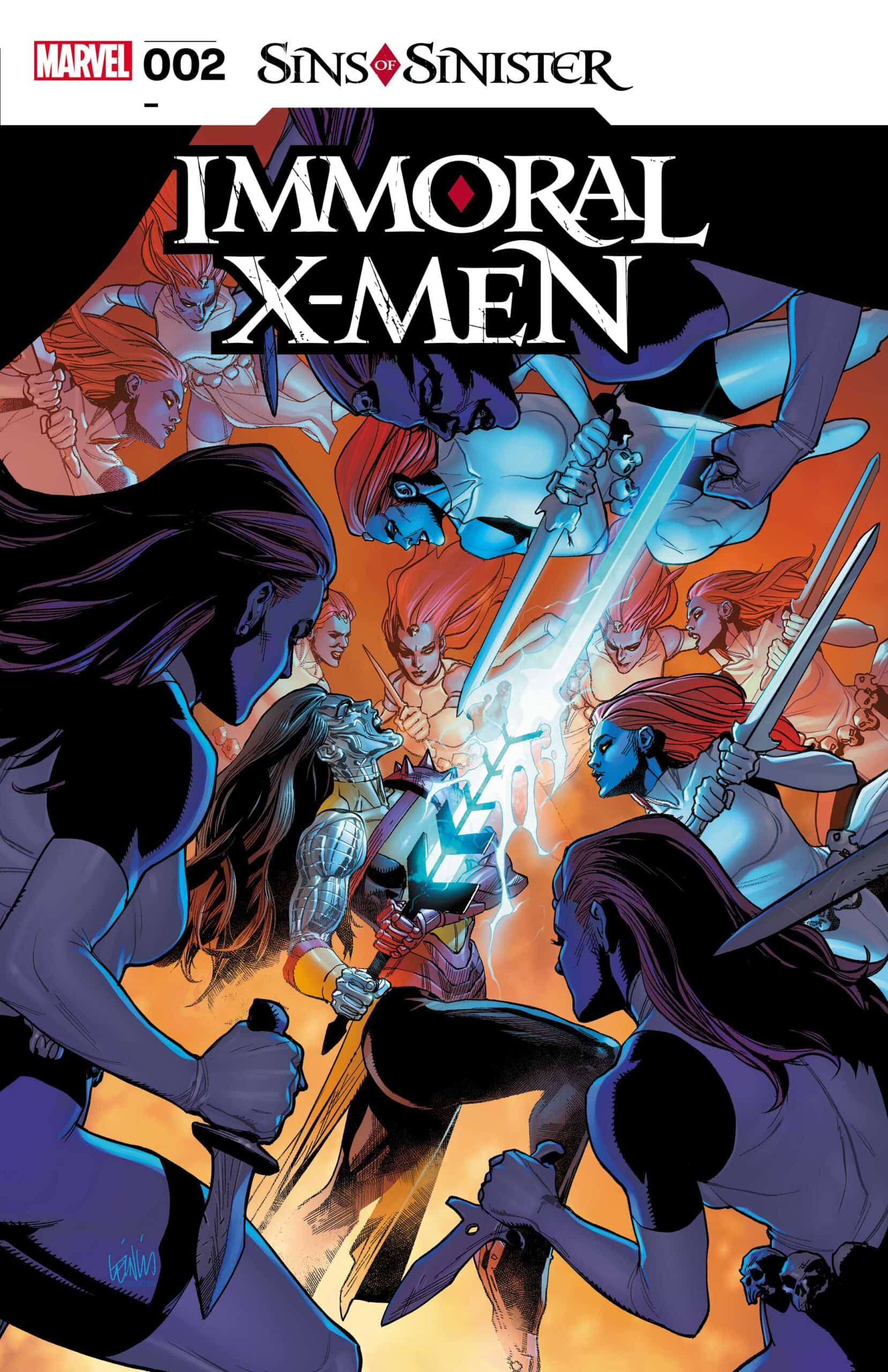 Put the “Die” in Diamond Age! Hail the Pax Krakoa! Or perish! But to this hell age is born a hero. Say hello (again) to Rasputin IV…but what can one good chimera do in a universe of sin? The first century of Sinister’s plan has come to an end…and whether it’s better or worse may depend on the symbol on your forehead 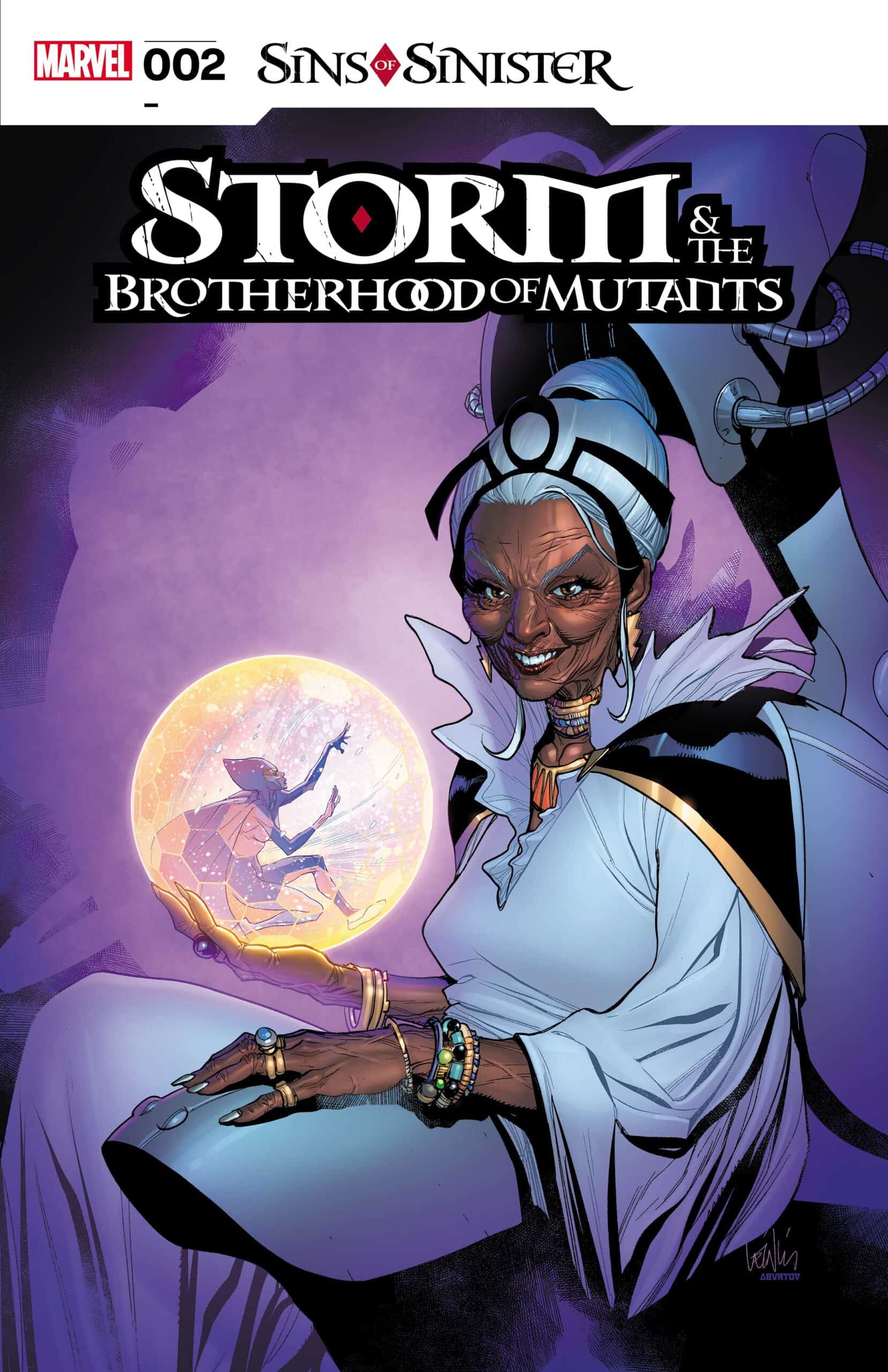 Behold the battle of the X-Planets as the Empire of the Red Diamond battles the Cosmic Coalition to decide the fate of a universe. One is the twisted creation of Nathaniel Essex. So is the other one. But between the two… there are rebels. Ororo lives, and her Brotherhood fights on – in an epic space battle that means life or death for everything that exists!

NEWS WATCH: The SINS OF SINISTER Continue to Unfold in March 2023