Image/Skybound announced the superstar creative team and story behind Skybound Presents Afterschool #2, the latest issue of the new teen horror anthology miniseries that takes the familiar cautionary tales we’ve all learned in our youths and flips them on their (severed) heads. Afterschool #2 will arrive in comic book shops July 20, 2022.

“Scratches to mark you, a feather to warn you, then it comes…” According to the urban legend, if you try to get rid of your baby, a monstrous stork will force you to keep it. But surely, that can’t be true, can it? For Leah and her friends, they’re about to find out about just how true it is in…The Storkening!

“As two people who love monsters and anthology stories, we are over the moon to be working both with Skybound and kickass artist Leila Leiz to bring a monster like you haven’t seen before to life,” said Herron and Redman.

“It has always been a dream of mine to draw an incredible horror story featuring birds, thanks to Sir Alfred Hitchcock,” said Leiz. “Working alongside the brilliant imagination and narrative brought by Kate and Briony, that dream has now come true.”

The team behind this Afterschool special joins the impressive roster of acclaimed writers and all-star artists from comics, television and beyond working on the miniseries, including Justin Benson & Aaron Moorhead (Marvel Studios’ Moon Knight) and Greg Hinkle (The Rattler, Airboy), as well as Jill Blotevogel (Scream: The TV Series) and Marley Zarcone (Shade, the Changing Girl; Effigy). Each standalone Afterschool special features a unique creative team to give each issue a distinct horrifying feel, with its own relatable characters and truly chilling lessons. The series debuts June 8 with a tale of an emotional support dog with a killer secret by Benson, Moorhead, Hinkle, Niro and Brosseau. 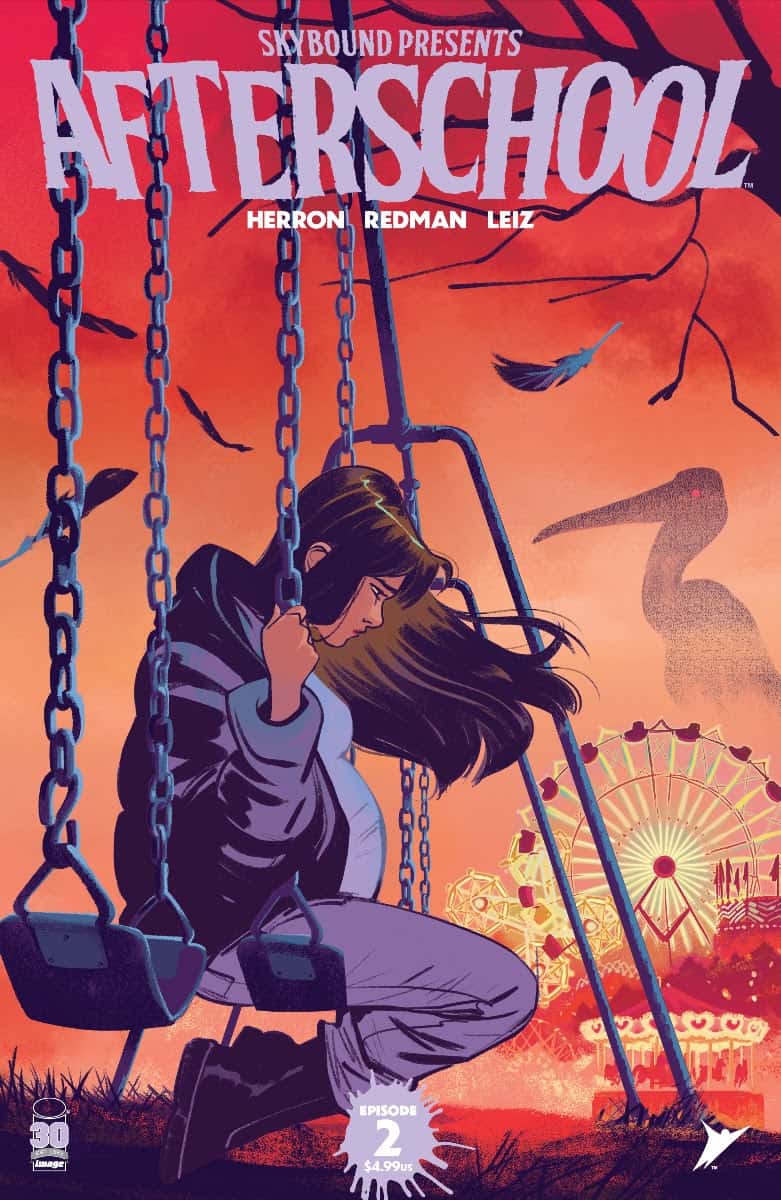