NEWS WATCH: The THUNDERBOLTS Strike Down on The MARVEL Universe

In the wake of DEVIL’S REIGN, super heroes have been outlawed in New York City but starting next month, a new team of authorized super heroes will assemble in THUNDERBOLTS #1! The five-issue limited series will be written by former THUNDERBOLTS scribe Jim Zub and drawn by artist Sean Izaakse, known for his recent work on Fantastic Four: Life Story. In the classic Thunderbolts tradition, Zub and Izaakse will introduce an unexpected lineup that mixes together iconic Marvel super heroes, fan-favorite breakout stars, conflicted anti-heroes, and exciting newcomers. Carefully selected by Mayor Luke Cage to bring justice like lightning throughout his city, the new team will led by Hawkeye and include Spectrum, America Chavez, Power Man, and Kara Killgrave, AKA Persuasion. Also joining this ragtag squad be new two new recruits: mystery man and experienced supersoldier Gutsen Glory, and debuting in issue #2, a strange creature known as Eegro the Unbreakable. The team’s first mission will be taking down Kingpin’s own corrupt Thunderbolts that wreaked havoc throughout the DEVIL’S REIGN saga and restoring the team’s name in an action-packed brawl you won’t want to miss!

“A lot of times people will look at a cast of characters and say, ‘This team lineup is different so this isn’t the team I want,’ but, it’s like you said, the Thunderbolts have gone through so many iterations. There have been incarnations where they’re purely criminal, others where they’re criminals trying to be heroes, and everything in between, but I’ve always felt like, at their heart, the Thunderbolts are a team struggling for redemption,” Zub said about the new roster in an interview with CBR. “Individual members and the team as a whole struggled to dig themselves out of their worst selves or resist the natural pull of who they’ve been in the past. So, for me, redemption is the heart of the Thunderbolts concept.”

Be there for the all-new era of THUNDERBOLTS on August 31! For more information, visit Marvel.com.

Retailers, don’t forget to order your copies of THUNDERBOLTS #1 by Monday, August 1! 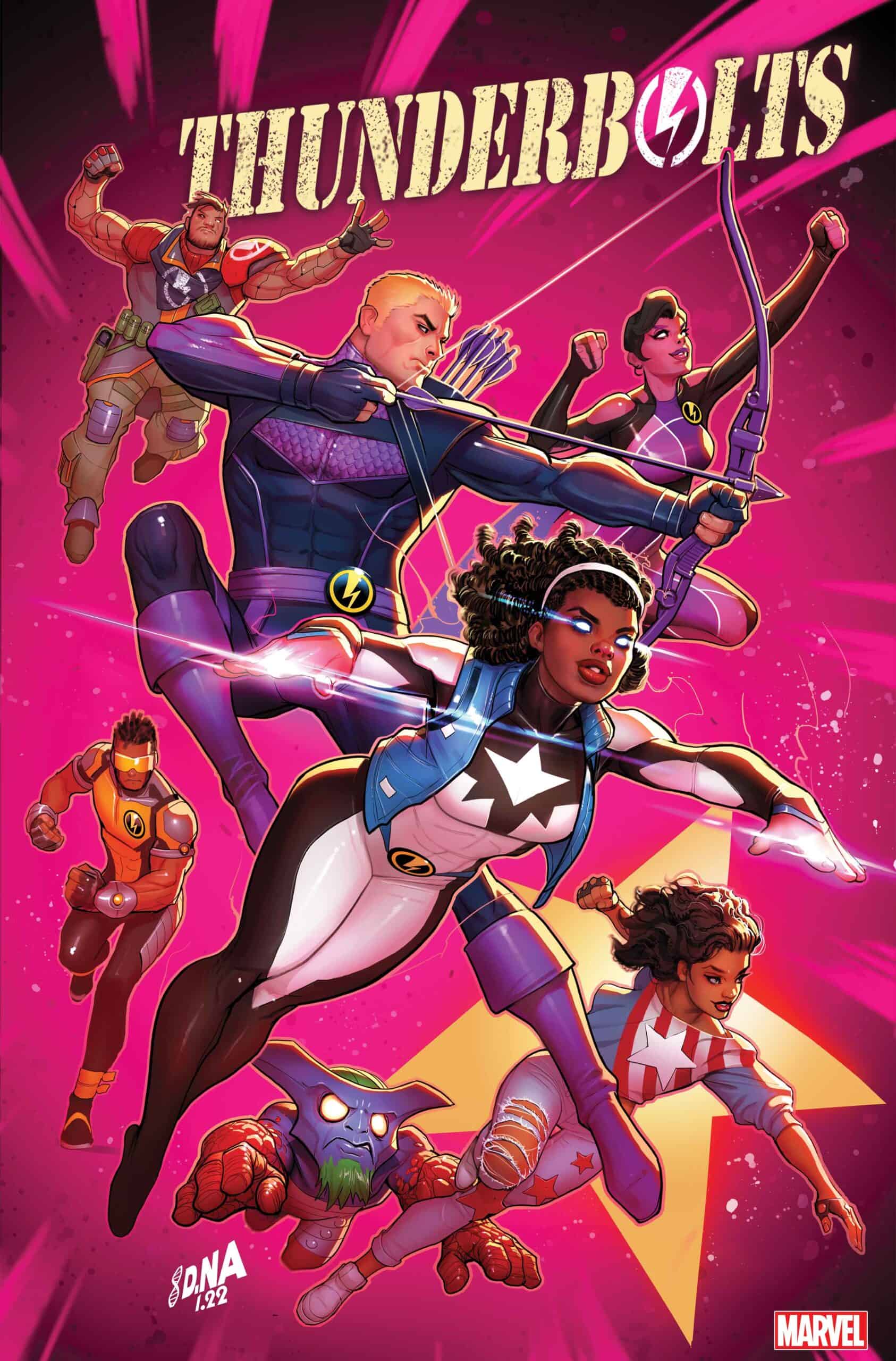 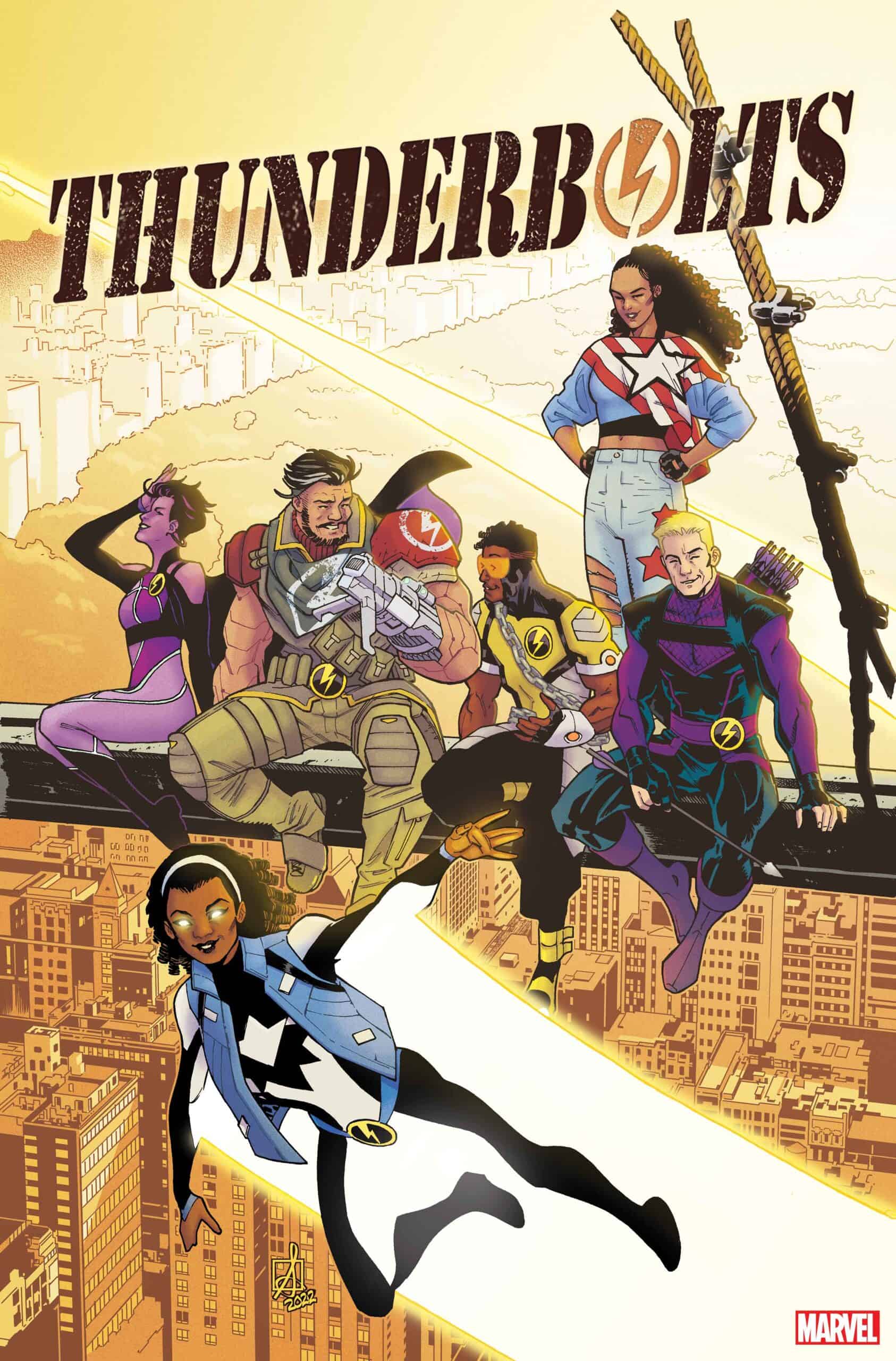 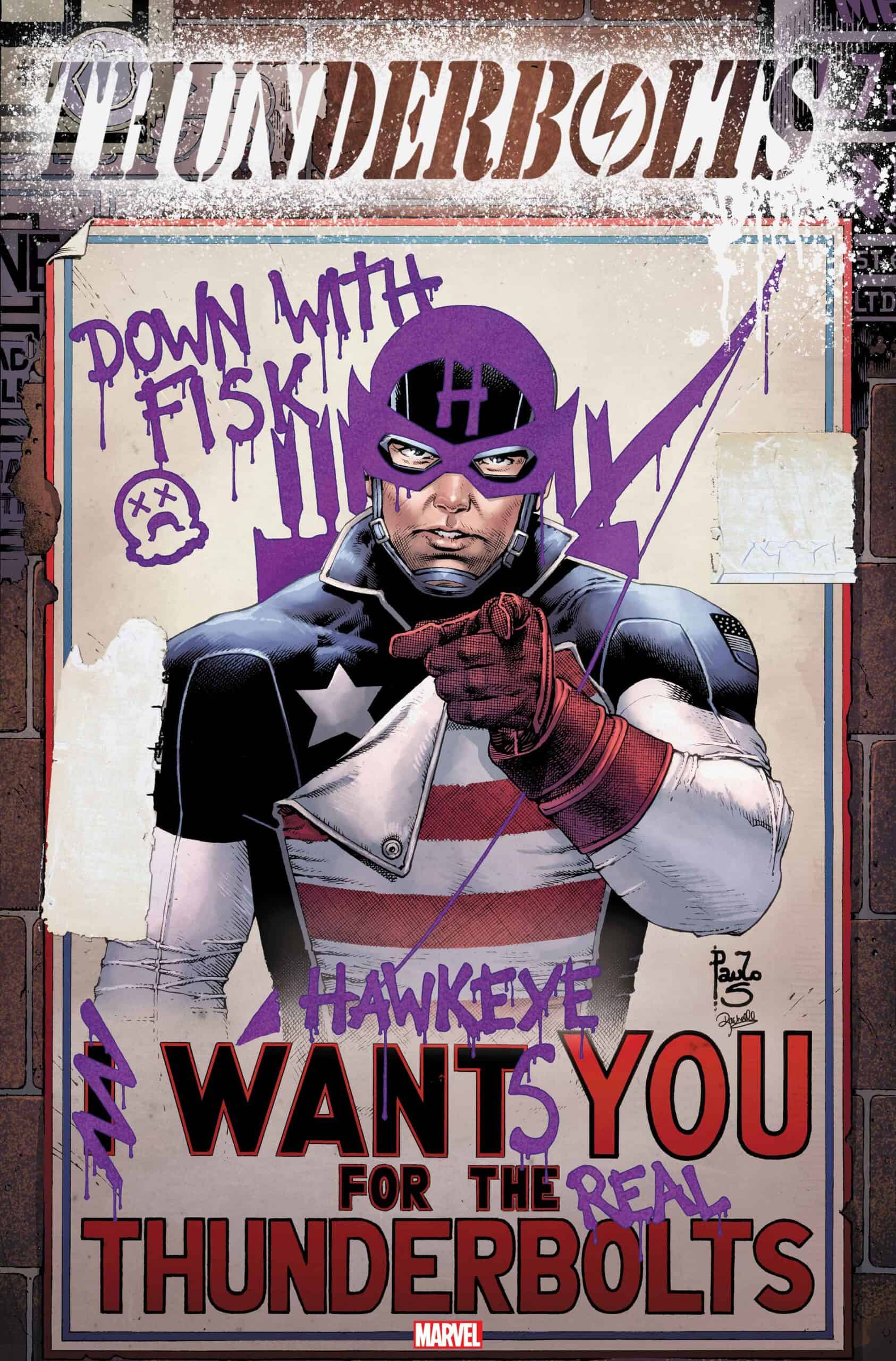 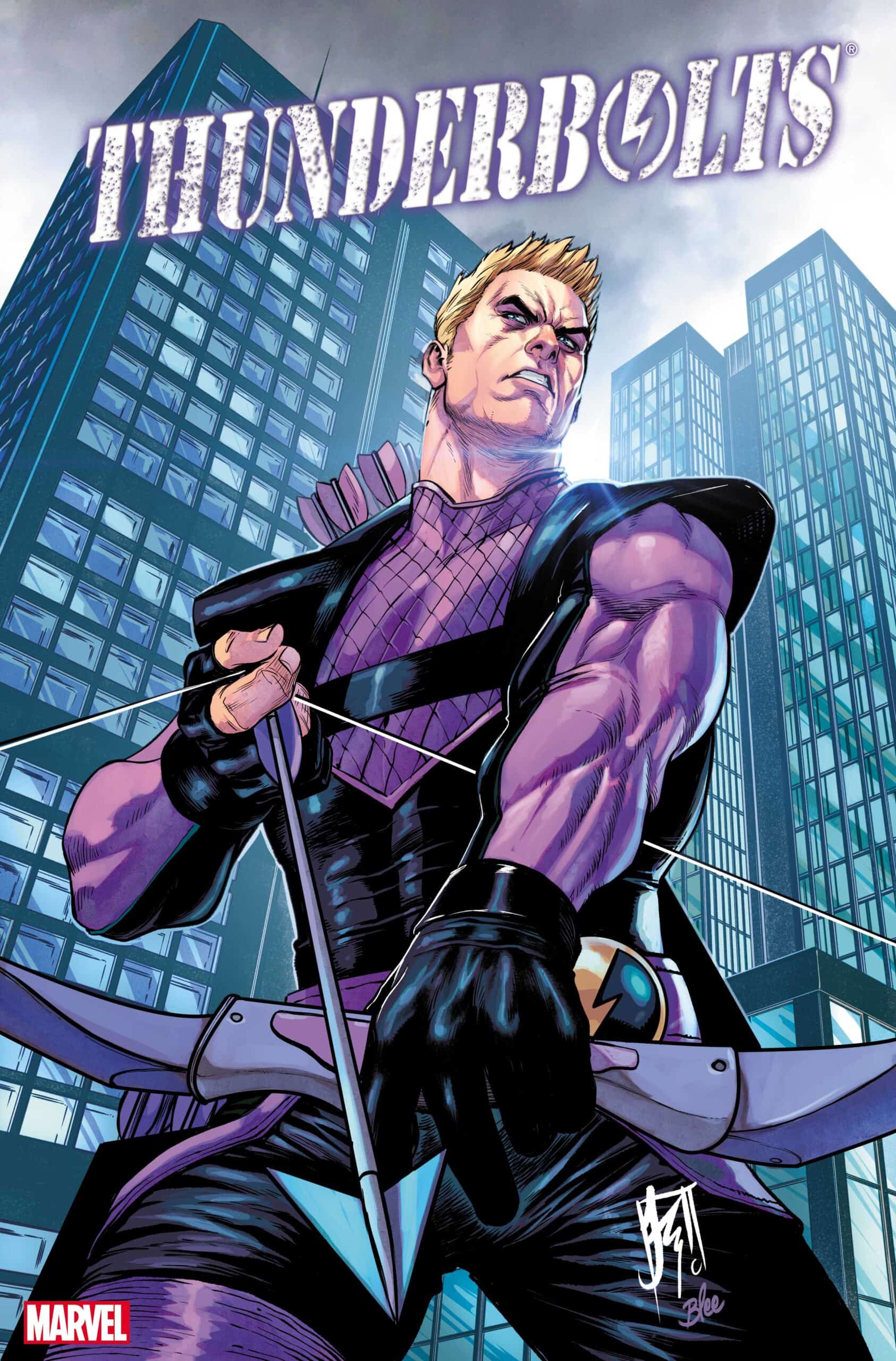 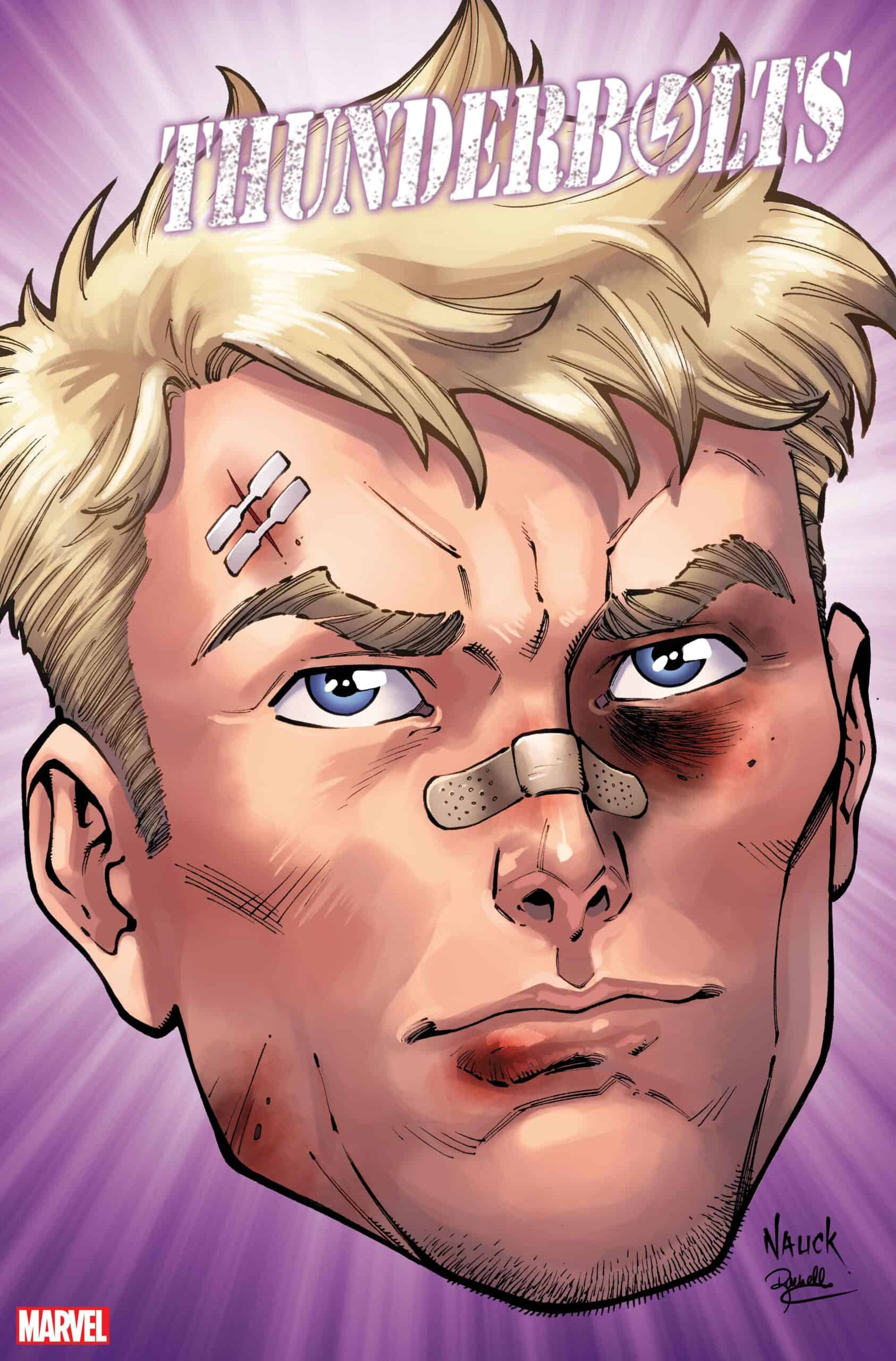 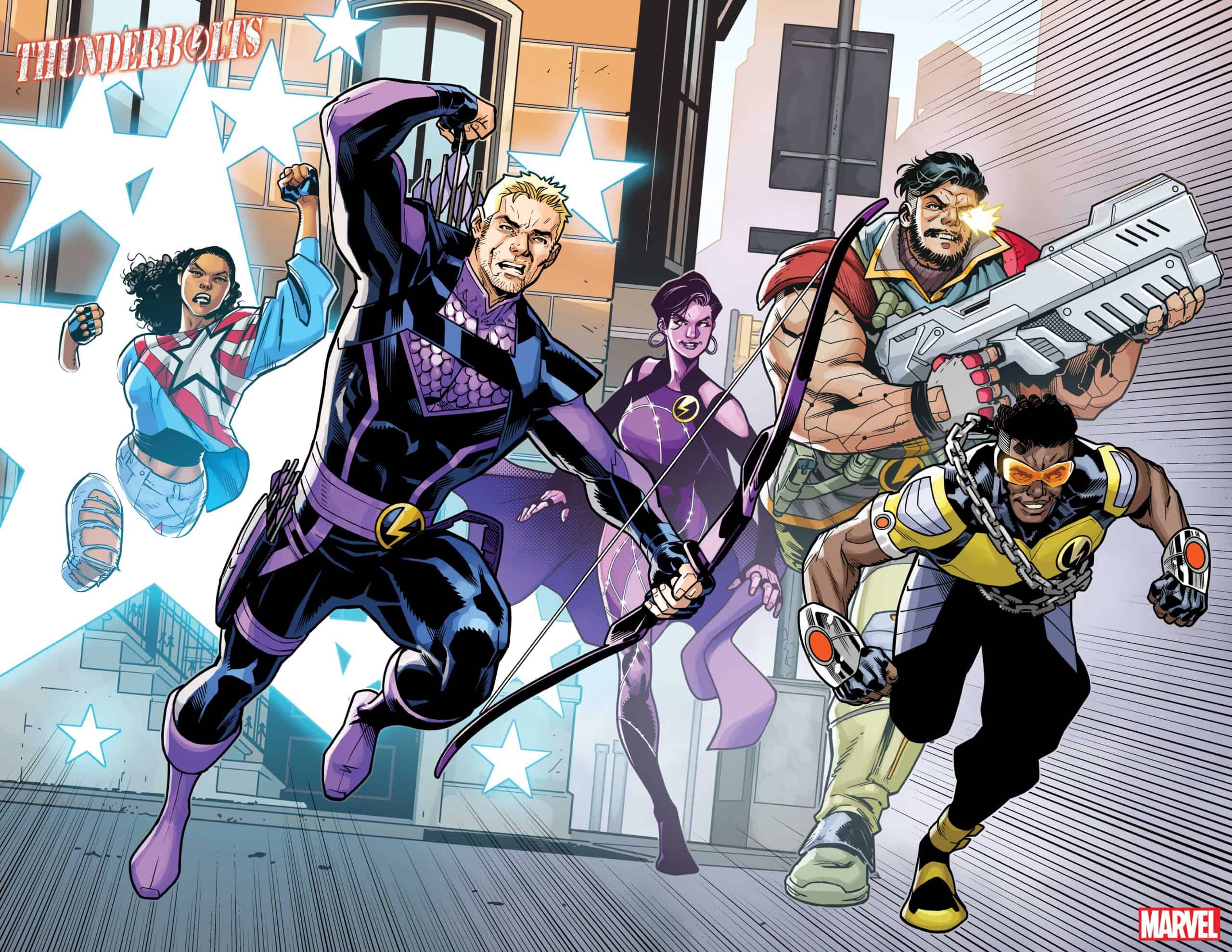 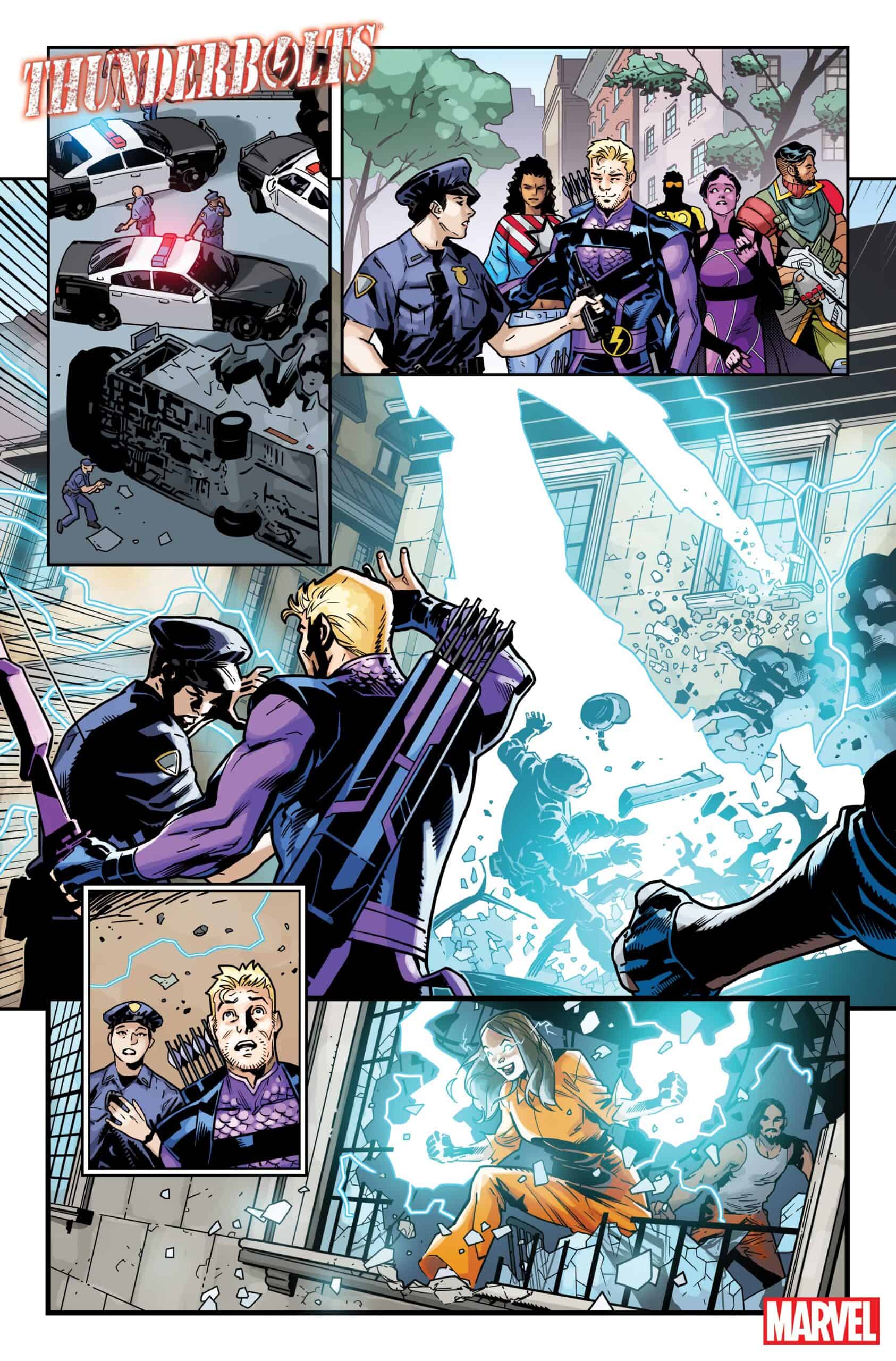 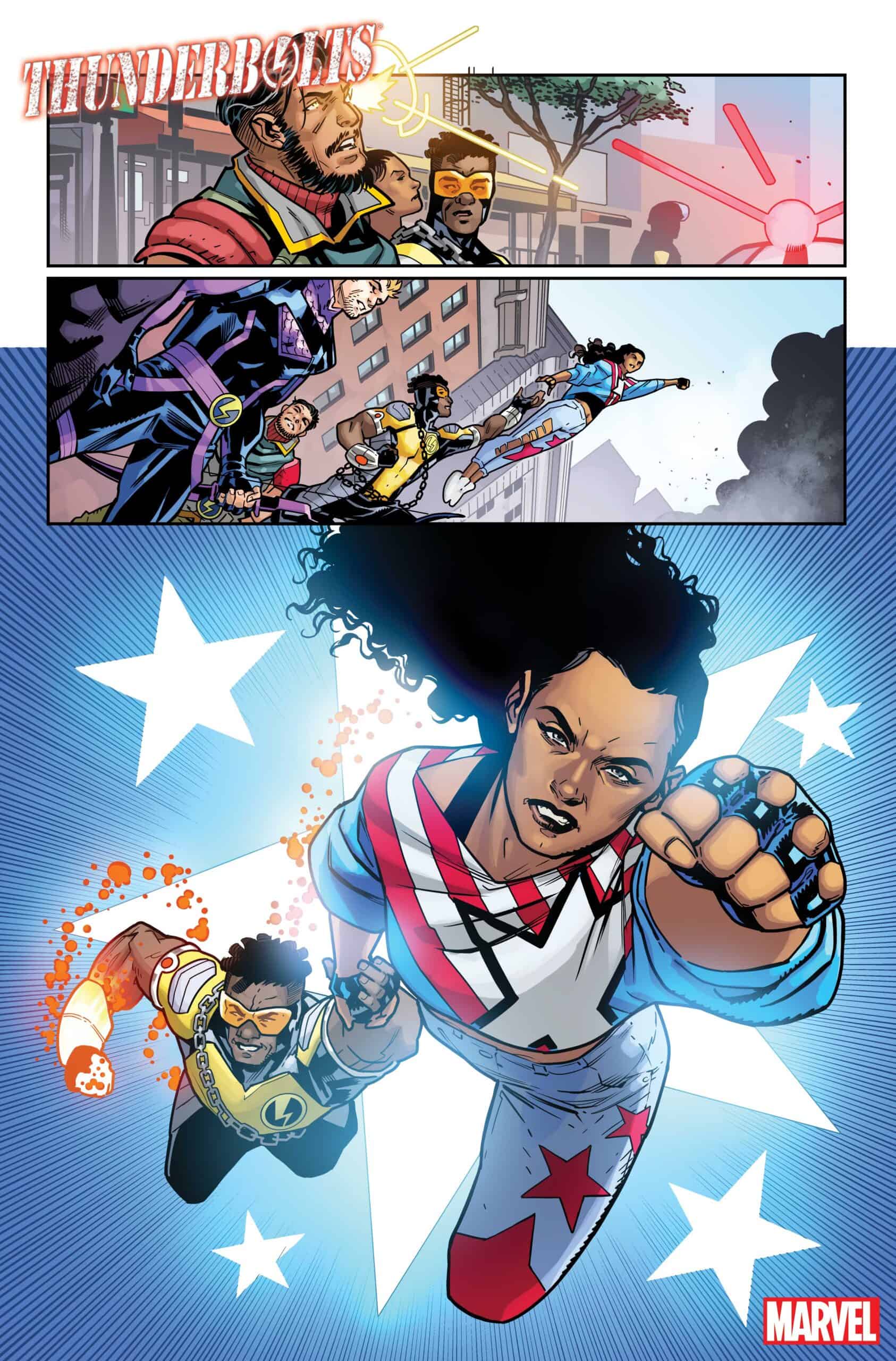 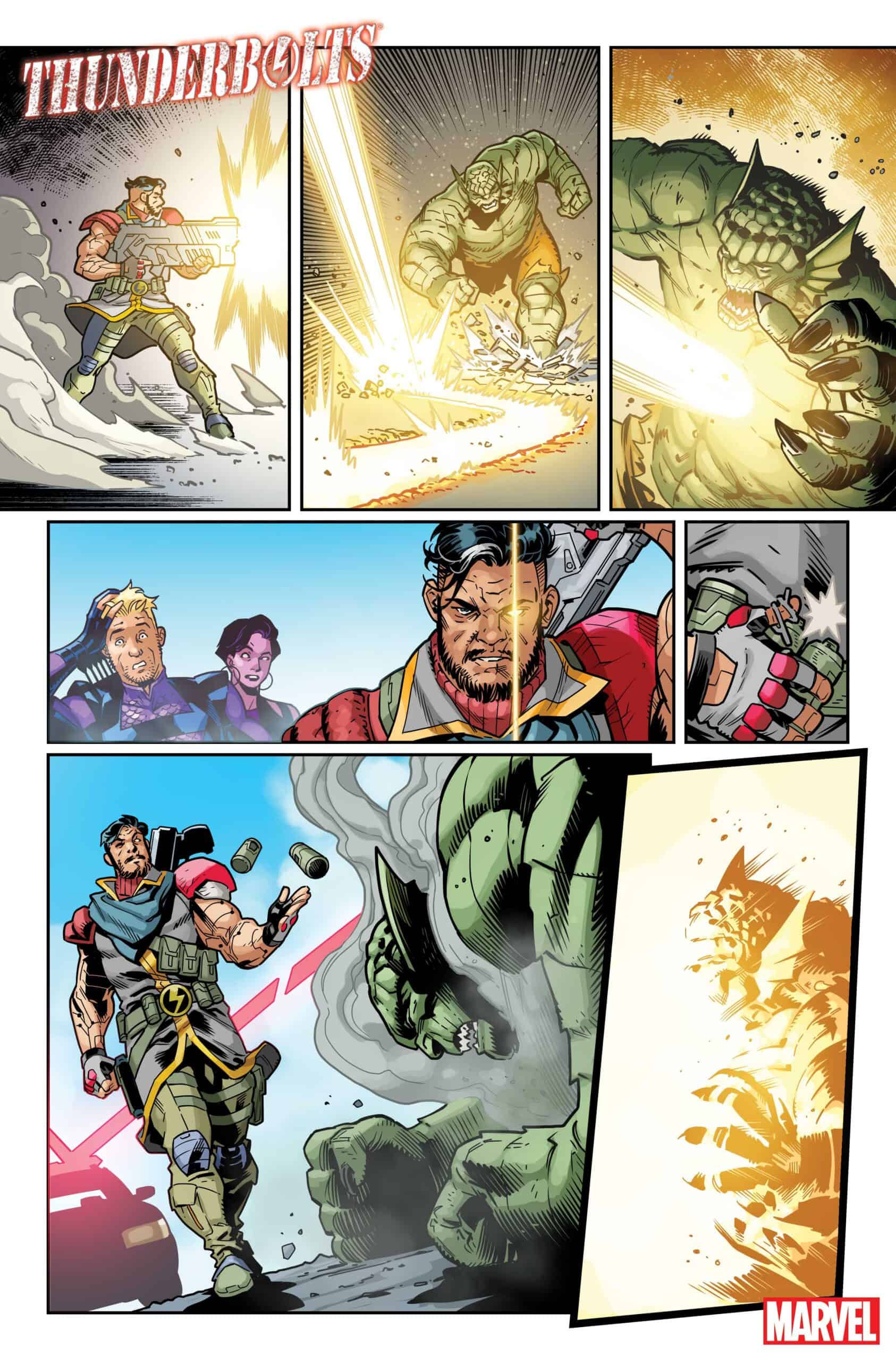 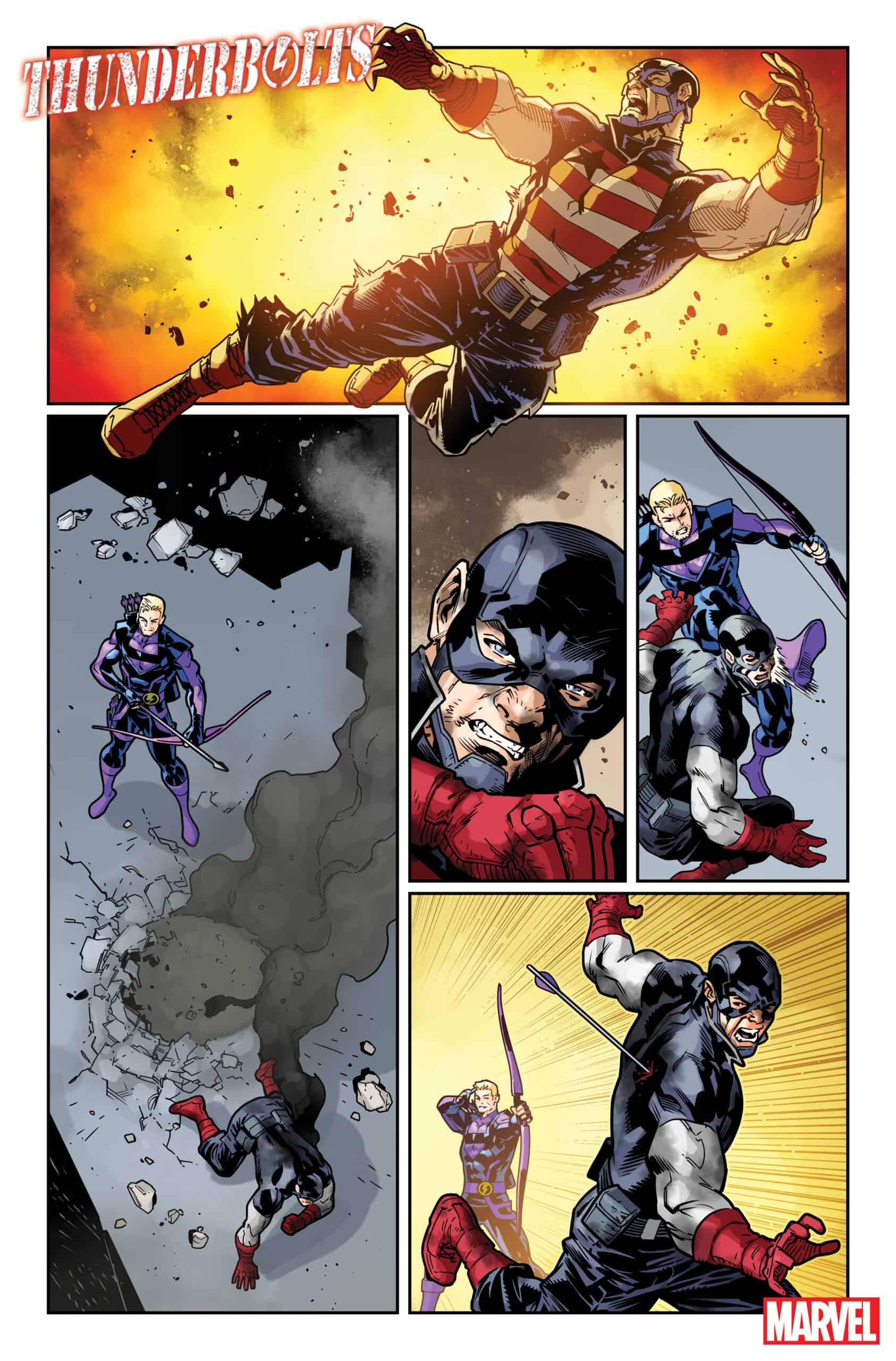 THUNDERBOLTS #1 (OF 5)
Written by JIM ZUB

Cover B by DAVID NAKAYAMA

NEWS WATCH: The THUNDERBOLTS Strike Down on The MARVEL Universe With A New Mission, A New Lineup, And A New Comics Series!