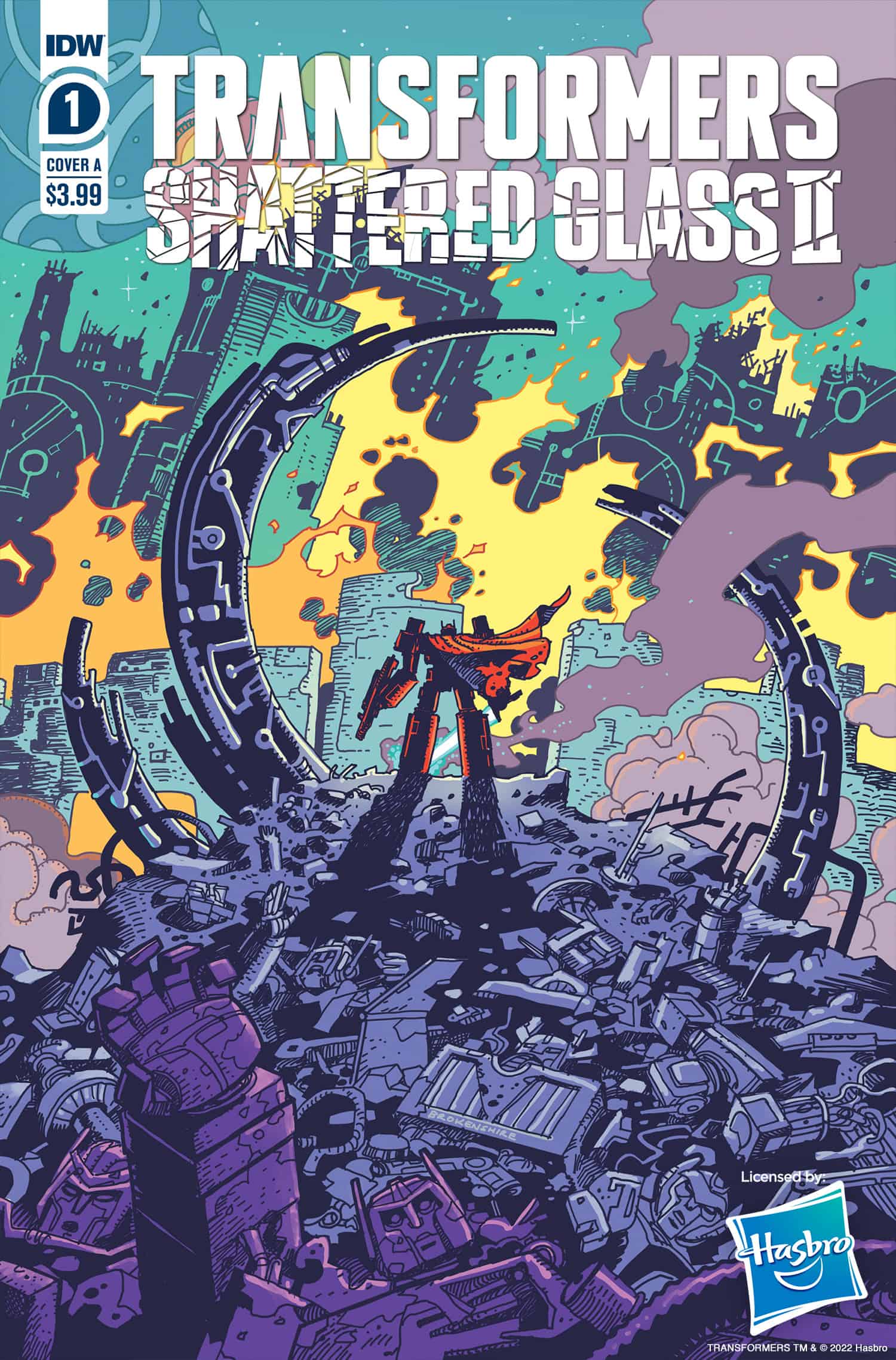 In a world where the virtuous icons you once knew are monstrously evil, Optimus Prime is a ruthless tyrant and Megatron is a compassionate peacekeeper. Cybertron sits on the brink of war as Autobots and Decepticons race to gain control of a Titan juggernaut whose raw power could decide the ultimate victor. However, while seemingly everyone is laser-focused on the Titan, the powerful shadow broker Ultra Magnus puts a sinister plan into action!

“When we ended the first series, I was overjoyed at the fan reaction to our version of Shattered Glass. It was a world full of passionate revolutionaries, terrifying warlords, and lots of big things going boom. The chance to revisit Shattered Glass, giving you even more of all that, really feels like coming home—a very explosive home with a lot of really tall folk, but home nonetheless!” says Lore. 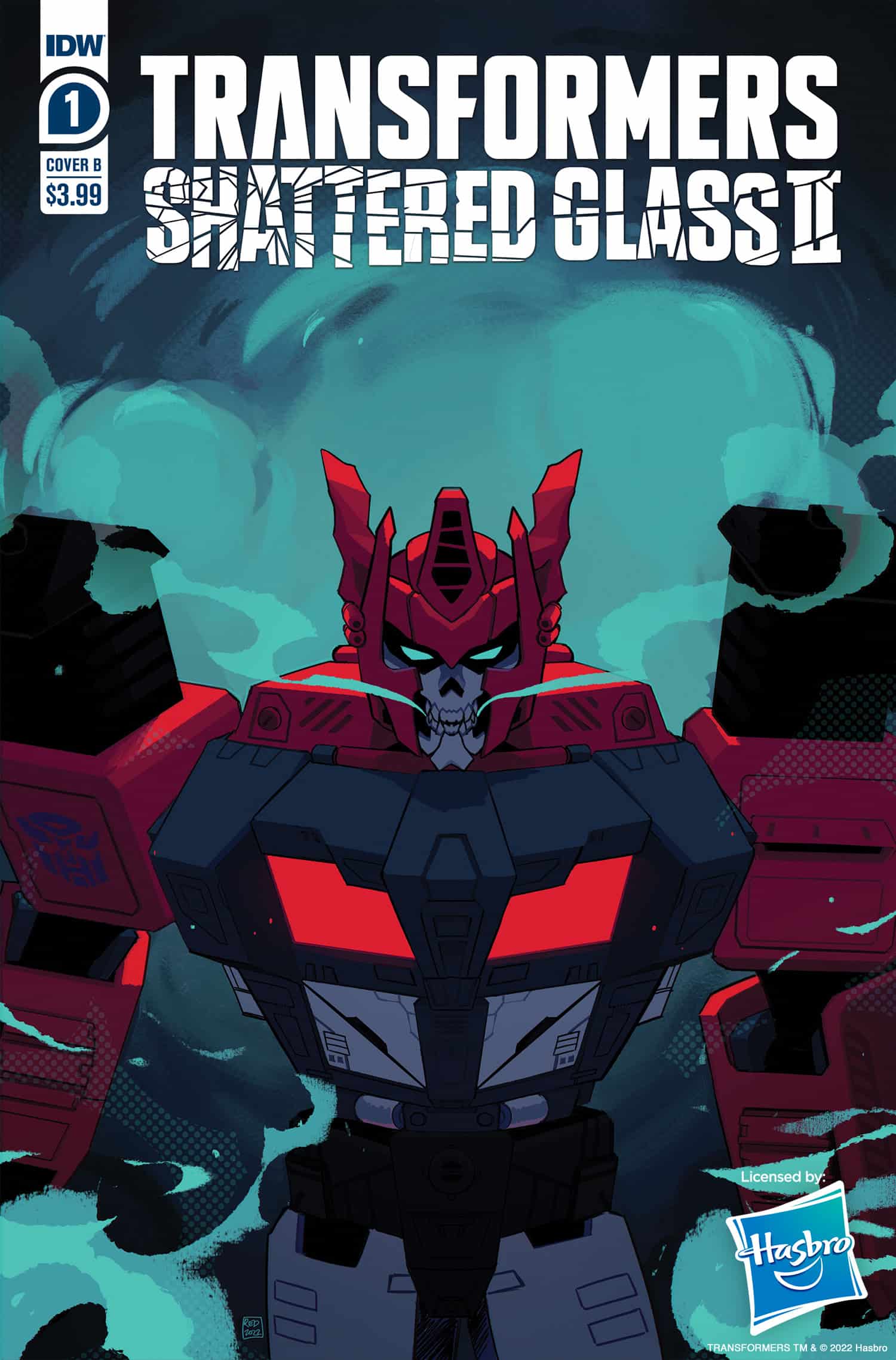 “It’s great to return to the Shattered Glass universe where we continue to flesh out this whole new twisted mirror take on the normal Transformers universe. I think fans will really enjoy this latest chapter from this alternate reality,” says Khanna.

“Once again it’s great to be back on this series! In the first miniseries, I really loved depicting Blurr as a bad guy and Jetfire’s struggle for Starscream, playing with their facial expressions and their body language, yet keeping their basic traits from their original counterparts. But I can say that I’m having fun with any of the characters at this point. It’s a really refreshing challenge to draw them as their opposite, yet make them convincing and natural in their new roles, for both new readers and older fans,” says Guidi.

“What excites me more about the premise of Shattered Glass is the chance to play around with things you usually don’t do. For example, after reading the script, one line helped to guide my art style for this book: a description of the Wreckers in a gangster or mobster scenario, calling for lots of shadows and black silhouettes of the characters. It’s been great experimentation moving my art to this new level,” says Matere.

Editor Riley Farmer says, “It’s so exciting to be bringing even more Shattered Glass characters to life. We always want to give the fans what they want, and when we can give them an awesome comic book series and provide backstory for amazing toys through our partnership with Hasbro…well, what could be better?” 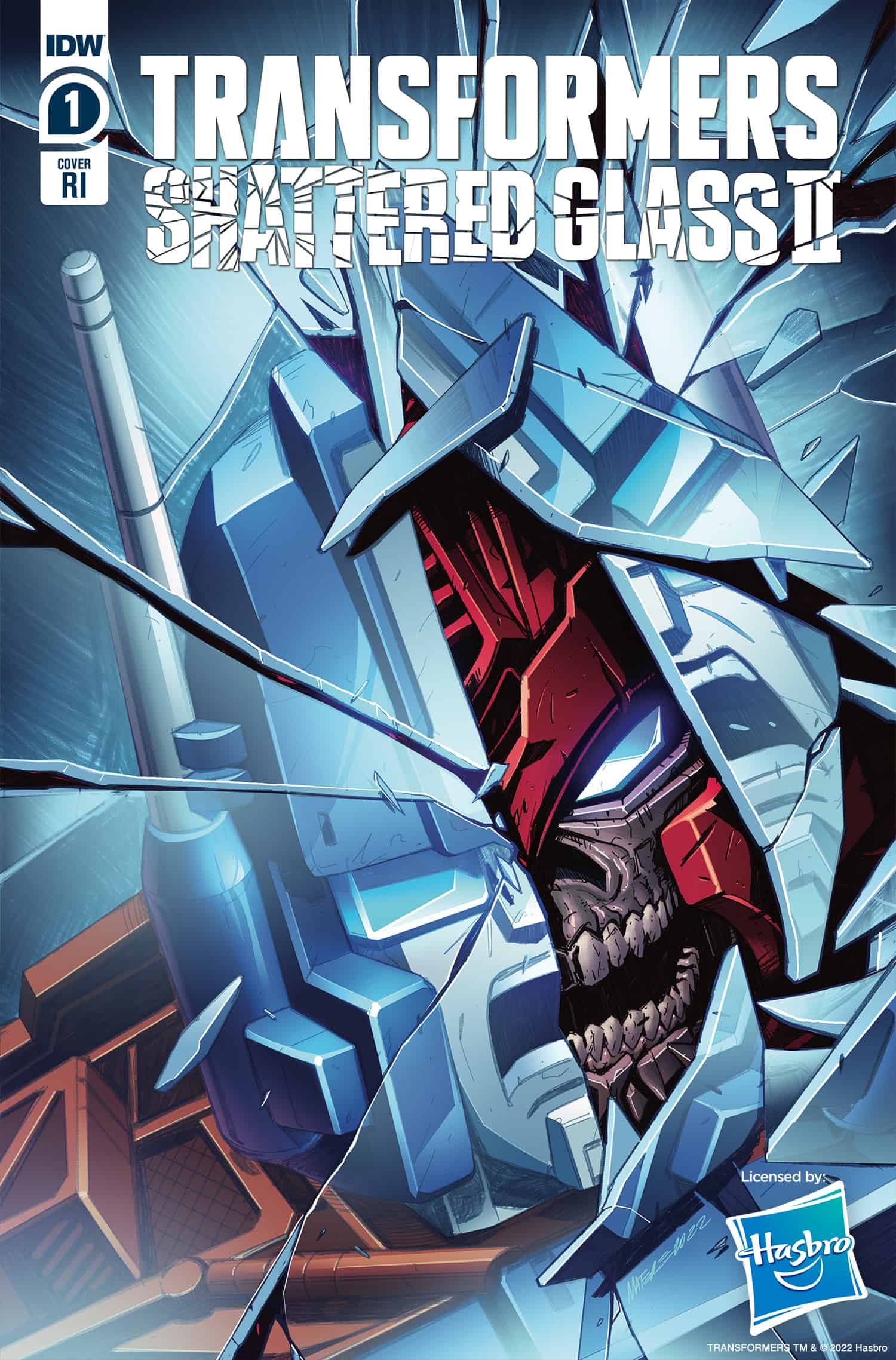 Transformers: Shattered Glass II #1 will be widely available with three cover variants for retailers and fans to enjoy, including Cover A by interior artist Marcelo Matere, Cover B by Red Powell, and a retailer incentive variant by Nick Brokenshire. Hasbro Pulse, the official marketplace for beloved Hasbro brands, will also offer exclusive variant covers of each issue.

For information on how to acquire Transformers comics and graphic novels from IDW, please contact your local comic shop or visit www.comicshoplocator.com to find a store near you.