NEWS WATCH: The “Wildest” WALKING DEAD Story Ever Comes Together in RICK GRIMES 2000 From IMAGE/SKYBOUND

Today Image/Skybound announced the first-ever hardcover collection of Rick Grimes 2000, the story that goes beyond The Walking Dead and presents an alternate universe of the worldwide pop culture phenomenon, will be published on June 1, 2022.

Reuniting the superstar Invincible team of Robert Kirkman and Ryan Ottley, the hardcover will collect the entire Rick Grimes 2000 story originally serialized in the pages of Skybound X #1-5, which continues the unforgettable story first introduced in the now-iconic The Walking Dead #75.

Rick Grimes was a small-town police officer. Then the world fell to the walking dead. But the dead were only the start… and a new tale of alien horror begins here.

“The entire concept of Rick Grimes 2000 began as a gag many years ago, and it’s been thrilling to take that and tell one of the wildest and most fun stories we’ve ever told,” said Kirkman. “I am so glad that our community has enjoyed this completely different take on the Rick Grimes character and can now collect every page of this zany, outlandish adventure.” 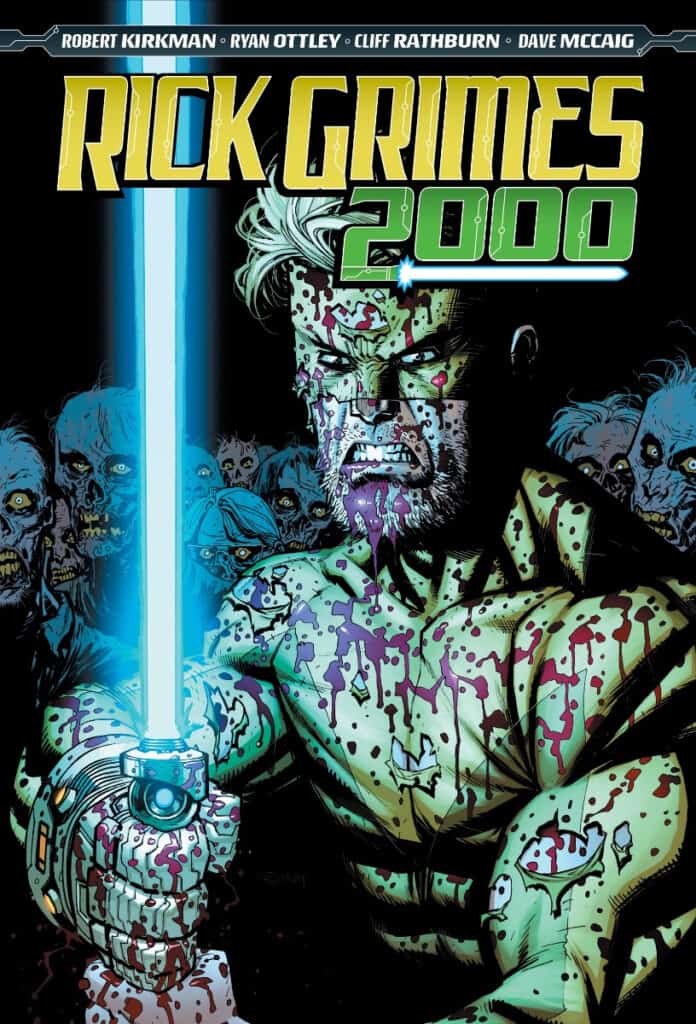 Rick Grimes 2000 will be available at? comic book shops? and digital platforms including Amazon Kindle, Apple Books, and Google Play on Wednesday, June 1, 2022 and everywhere books are sold on Tuesday, June 7, 2022.

NEWS WATCH: The “Wildest” WALKING DEAD Story Ever Comes Together in RICK GRIMES 2000 From IMAGE/SKYBOUND