The Halls of Asgard is set to erupt with thunder as its greatest legends return home to tell thrilling new tales in an oversized spectacular honoring 750 issues of THOR this April.

Set in the aftermath of “GOD OF HAMMERS,” the latest epic in writer Donny Cates and artist Nic Klein’s hit run on the title beginning with THOR #24. After a scorched-earth victory, Thor and all of Asgard reel from a brutal loss, so as Thor and his allies come together so will fan-favorite creators from throughout Thor’s history!

In addition to the main story by Cates and Klein, some of Thor’s most acclaimed writers and artists will revisit their landmark runs with all-new adventures: 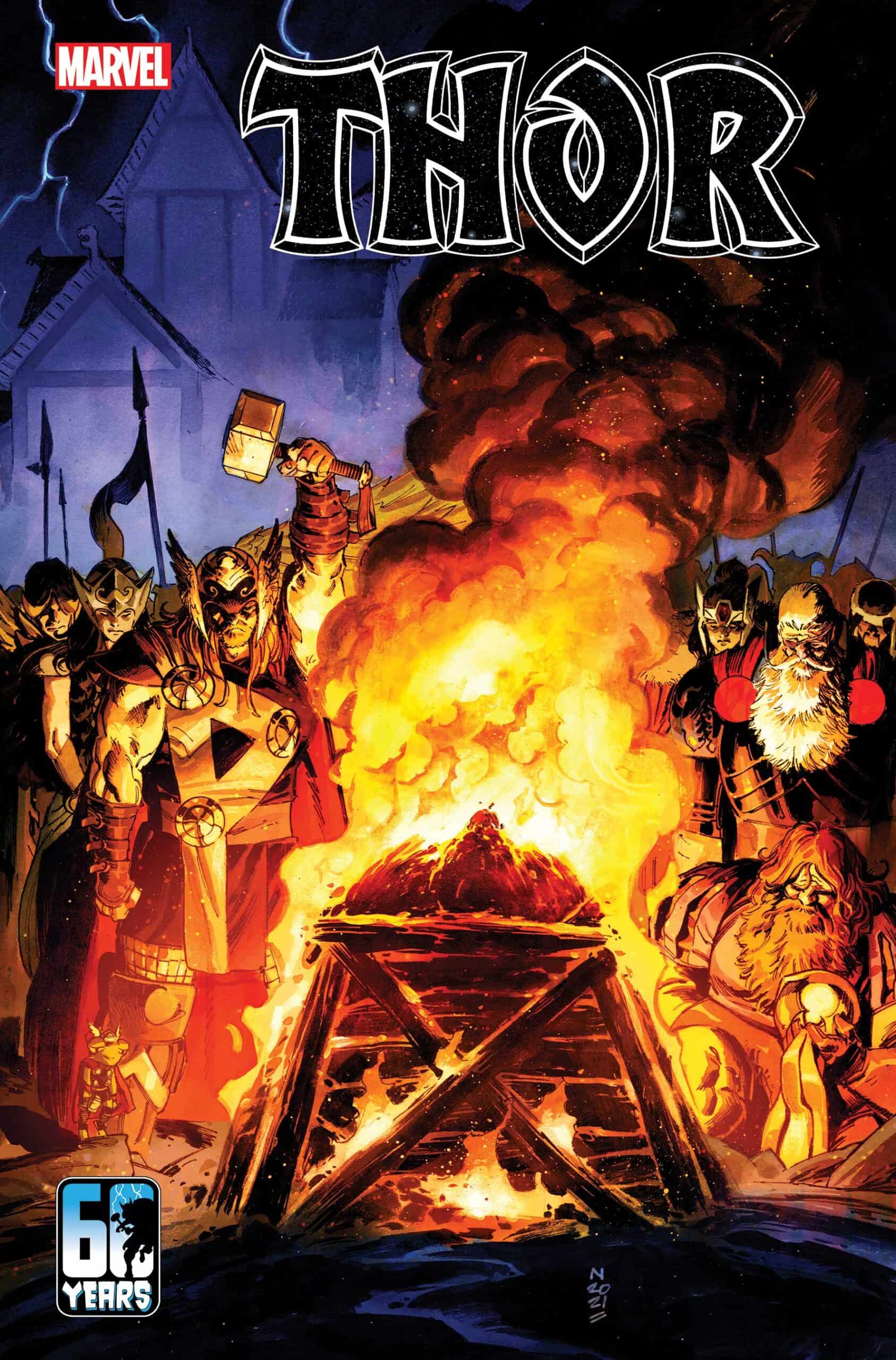 Celebrate the long and storied history of the God of Thunder with the writers and artists who helped build his legacy when THOR #24 hits stands on April 13, 2022.