NEWS WATCH: Time is Mystery in WE ONLY FIND THEM WHEN THEY’RE DEAD #15!

BOOM! Studios revealed a first look at WE ONLY FIND THEM WHEN THEY’RE DEAD #15, the final issue in the highly acclaimed sci-fi epic from superstar creators Al Ewing (Immortal Hulk) and Simone Di Meo (Mighty Morphin Power Rangers) with color assistance by Mariasara Miotti, and letterer AndWorld Design, set in a universe that revolves around mining the corpses of dead gods and a conflict that threatens to tear apart the galaxy. Available in December 2022.

Time. Time is something different to the gods, something that both exists to them–and doesn’t. In the thrilling sci-fi finale, new revelations arise about the harvesting of god-crystal, and its connection to the fabric of the temporal universe. Discover the final mysteries of this mind-bending series, and the ultimate cosmic choices that will question the very nature of free will itself! 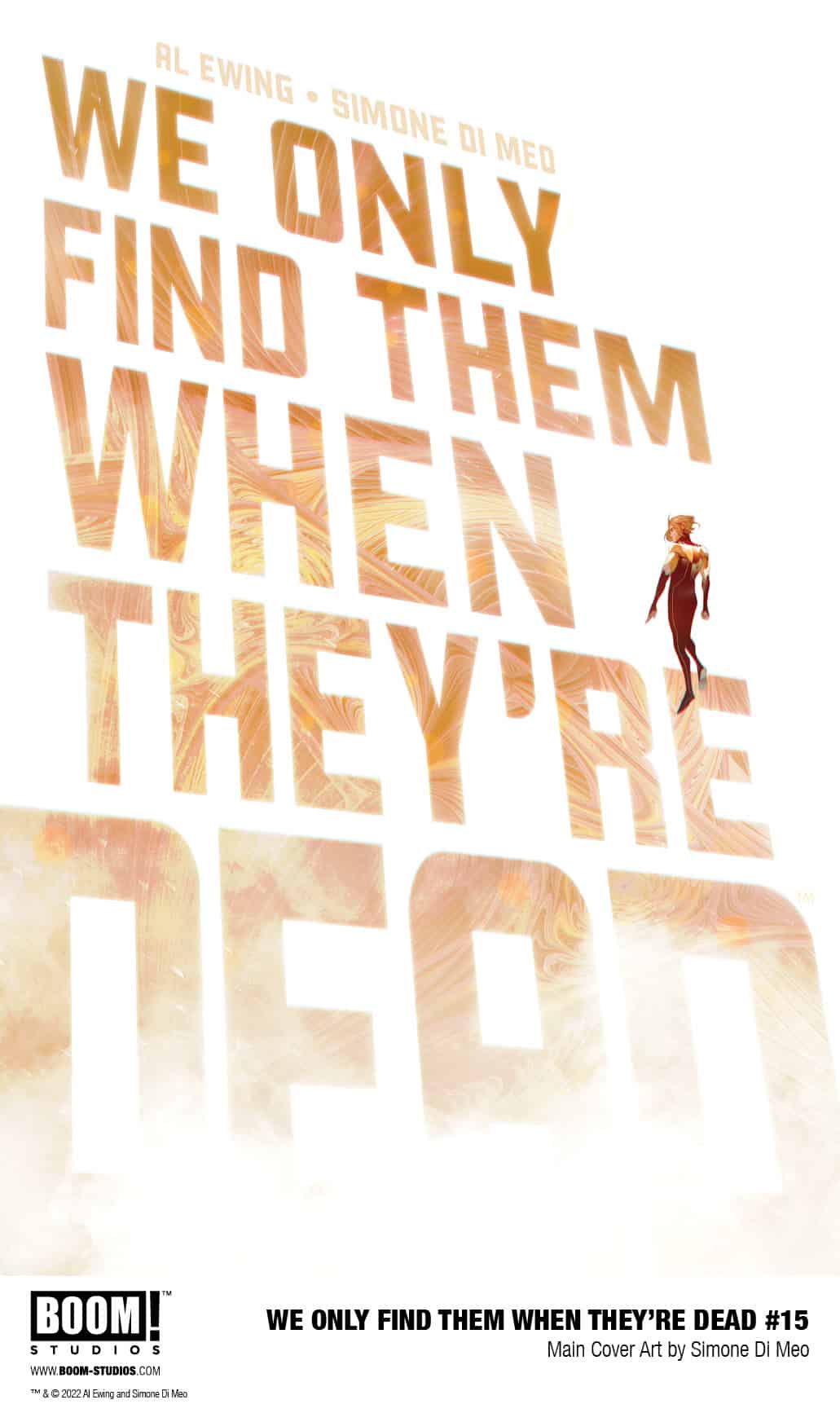 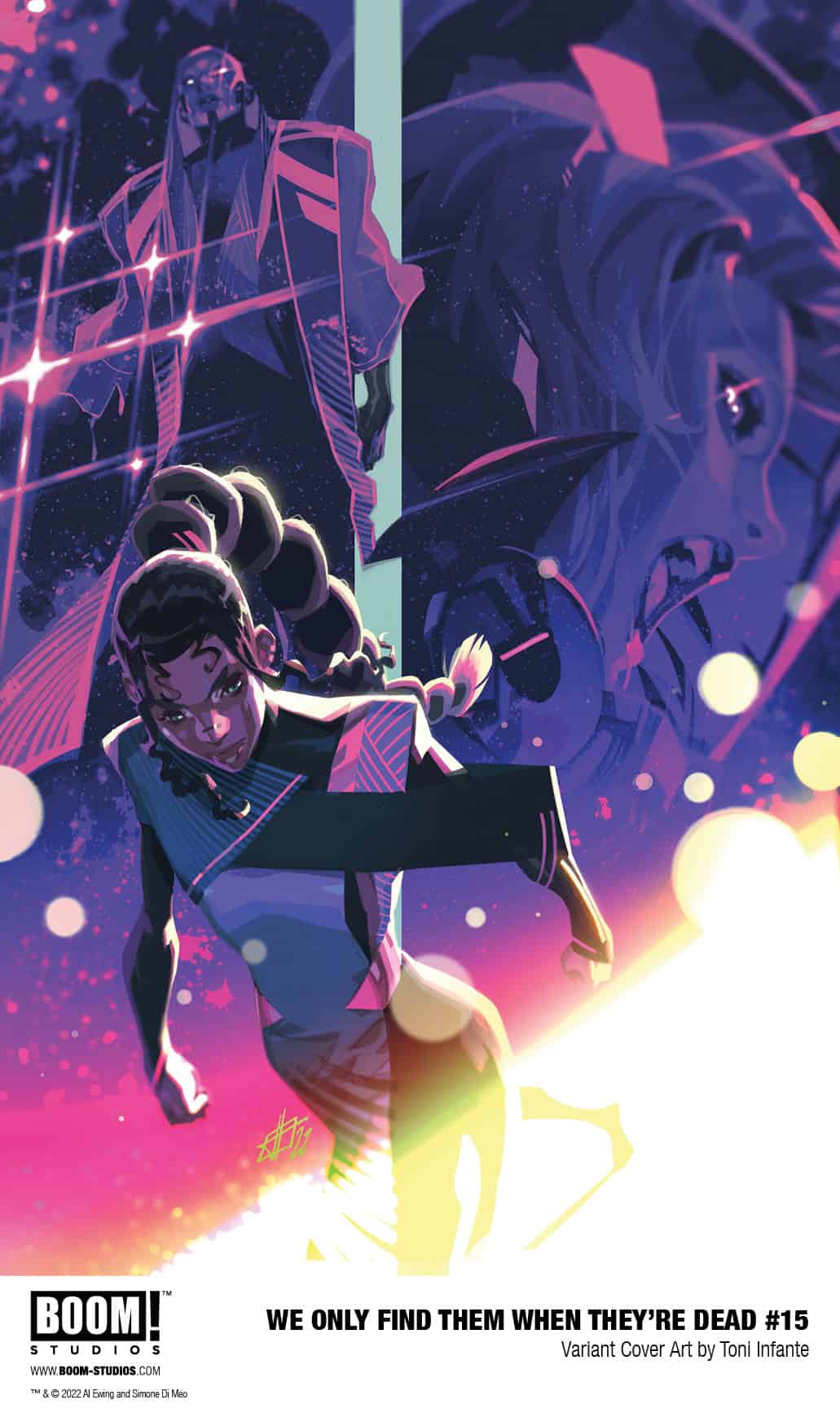 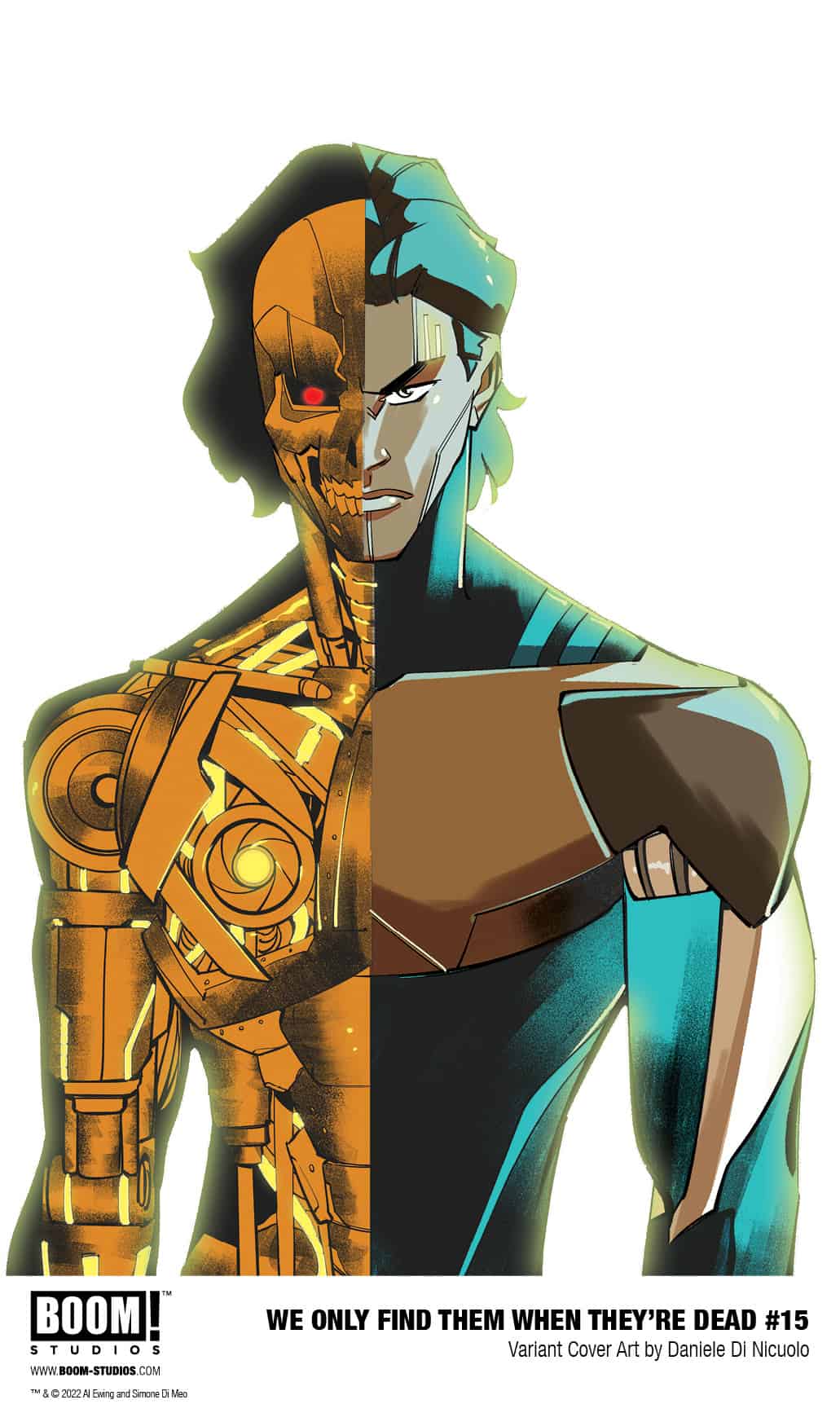 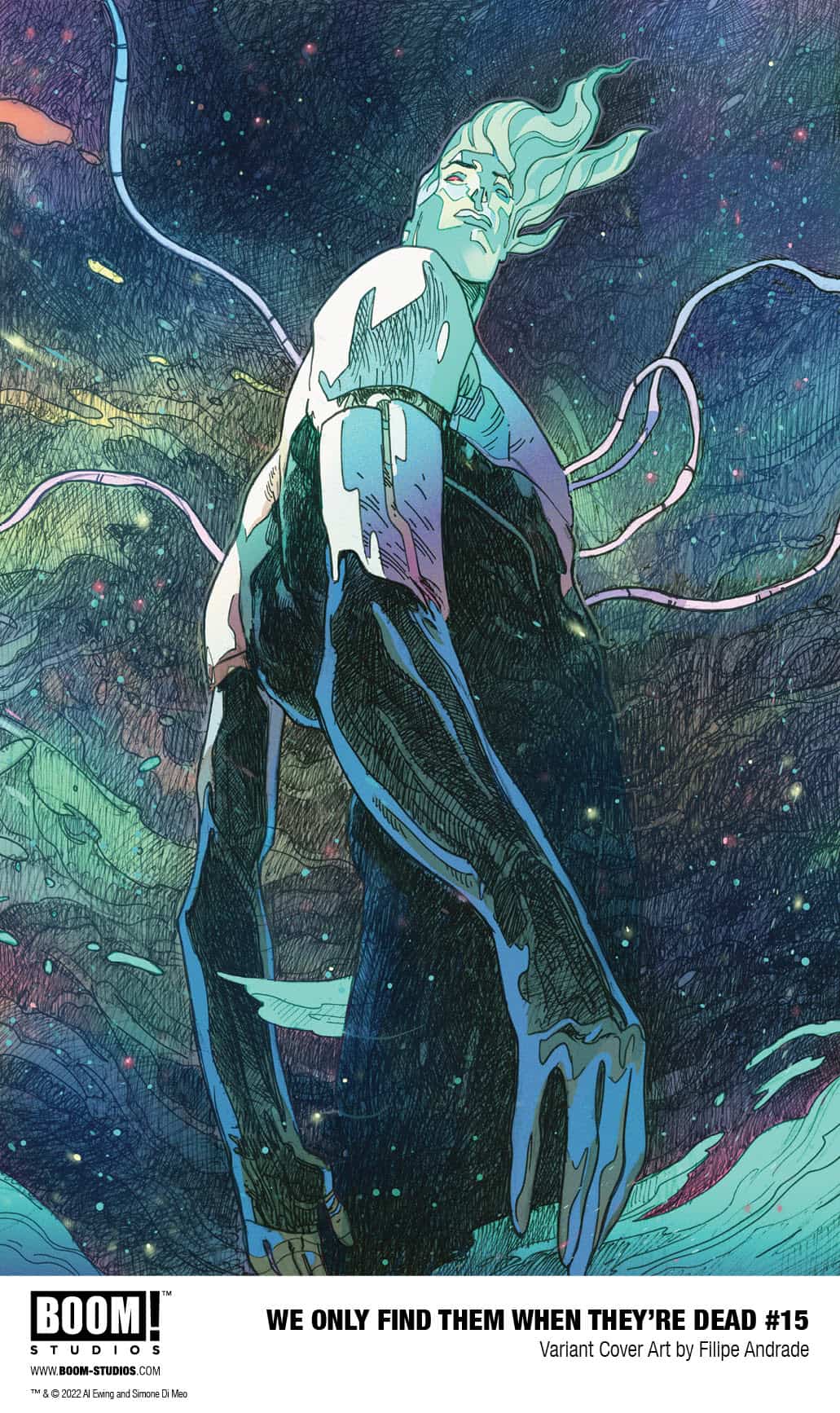 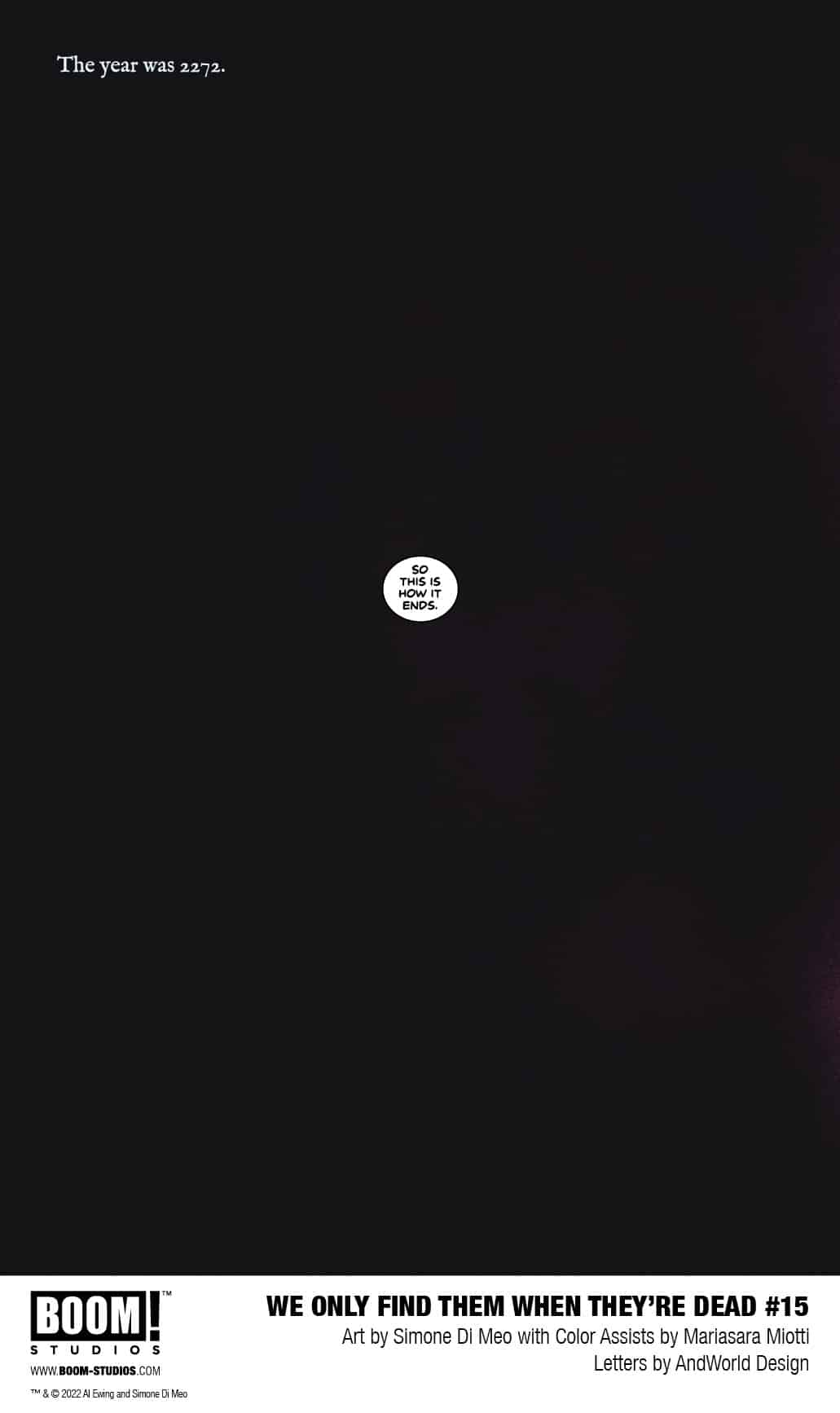 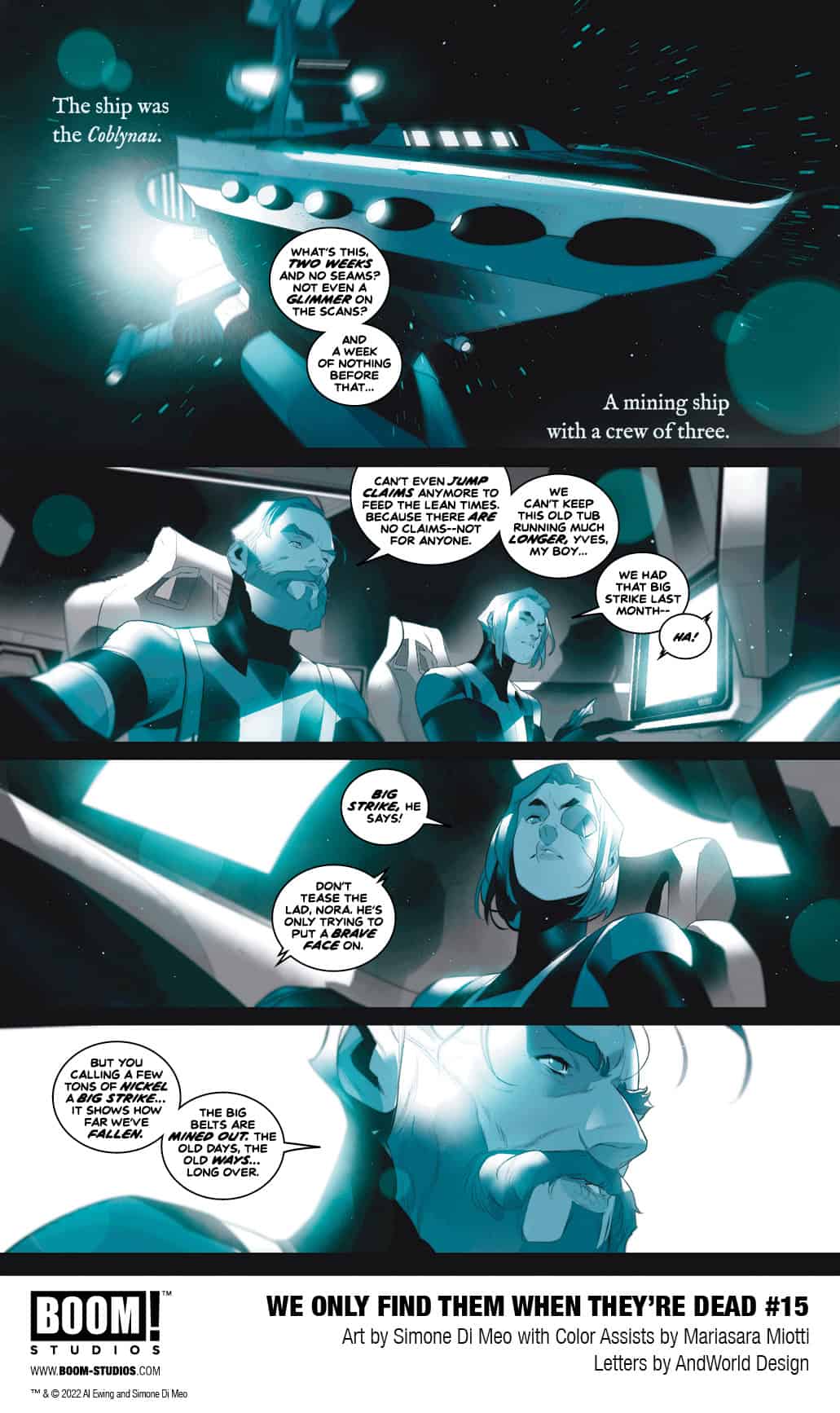 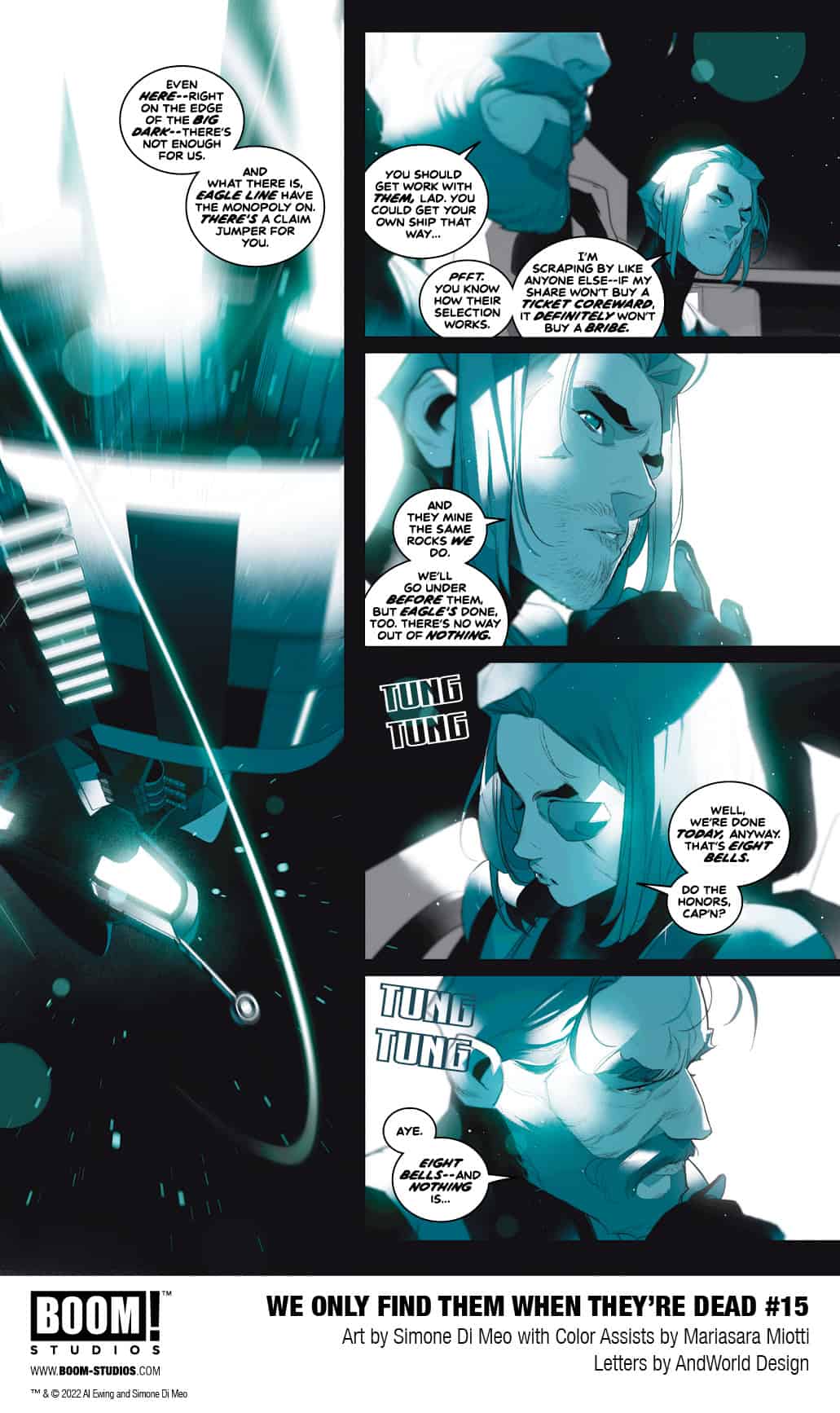 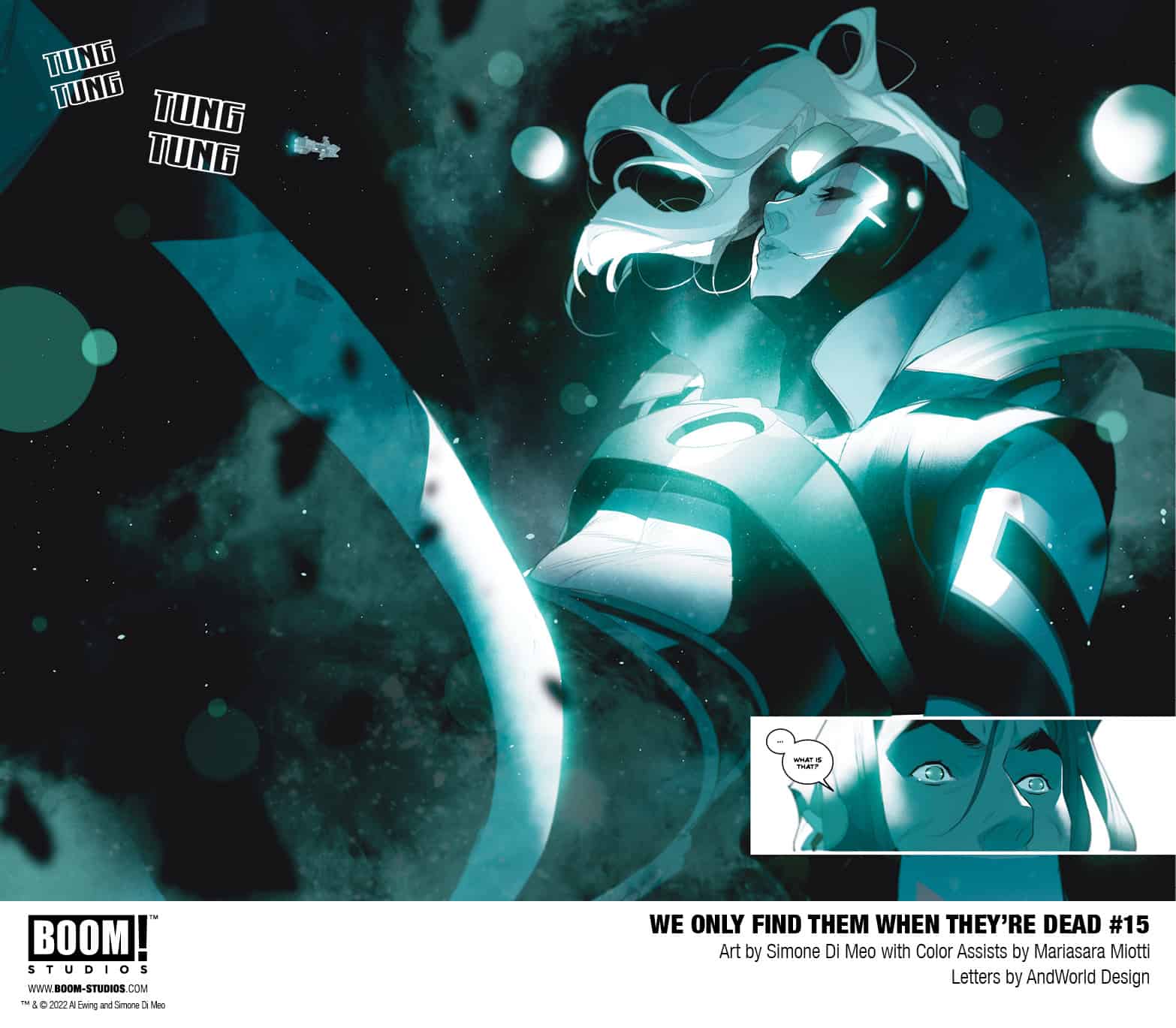 NEWS WATCH: Time is Mystery in WE ONLY FIND THEM WHEN THEY’RE DEAD #15