The NEW and HIGHLY anticipated Gunslinger Spawn series hits comic store shelves this October as part of Todd McFarlane’s ongoing expansion of the Spawn Universe. Much to the excitement of old and new Spawn fans alike, the title is expected to shatter even more comic book records, like the recent King Spawn #1, which sold over a half-million copies. This will be the third (of four) number one release that will climb into the #1 spot for orders in less than five months.

Early indications suggest this will be the single biggest monthly comic book launch for a new character in well over 30 years, which includes any superhero publisher, including Marvel and DC Comics.

The new comic title features Gunslinger Spawn, a man out of time who is unwillingly thrust 200 years into the future to the 21st century. Not only does he have to navigate a new world, but he’ll have to deal with the demons of his past. No one is safe from his vengeance as he heads into battle with guns blazing as he tries to find his way back home.

Acclaimed artist Brett Booth will be the featured artist on this book, with additional art by Philip Tan, Kevin Keane, and Thomas Nachlik, with colors by FCO, Andrew Dalhouse, and others. McFarlane will take the lead on writing the regular ongoing story and he and Aleš Kot tackle the back-up tales. Gunslinger Spawn #1 will feature covers by a roster of superstar artists: Greg Capullo, John Romita Jr., TonTon Revolver, Booth, McFarlane, and The Walking Dead creator, Robert Kirkman! 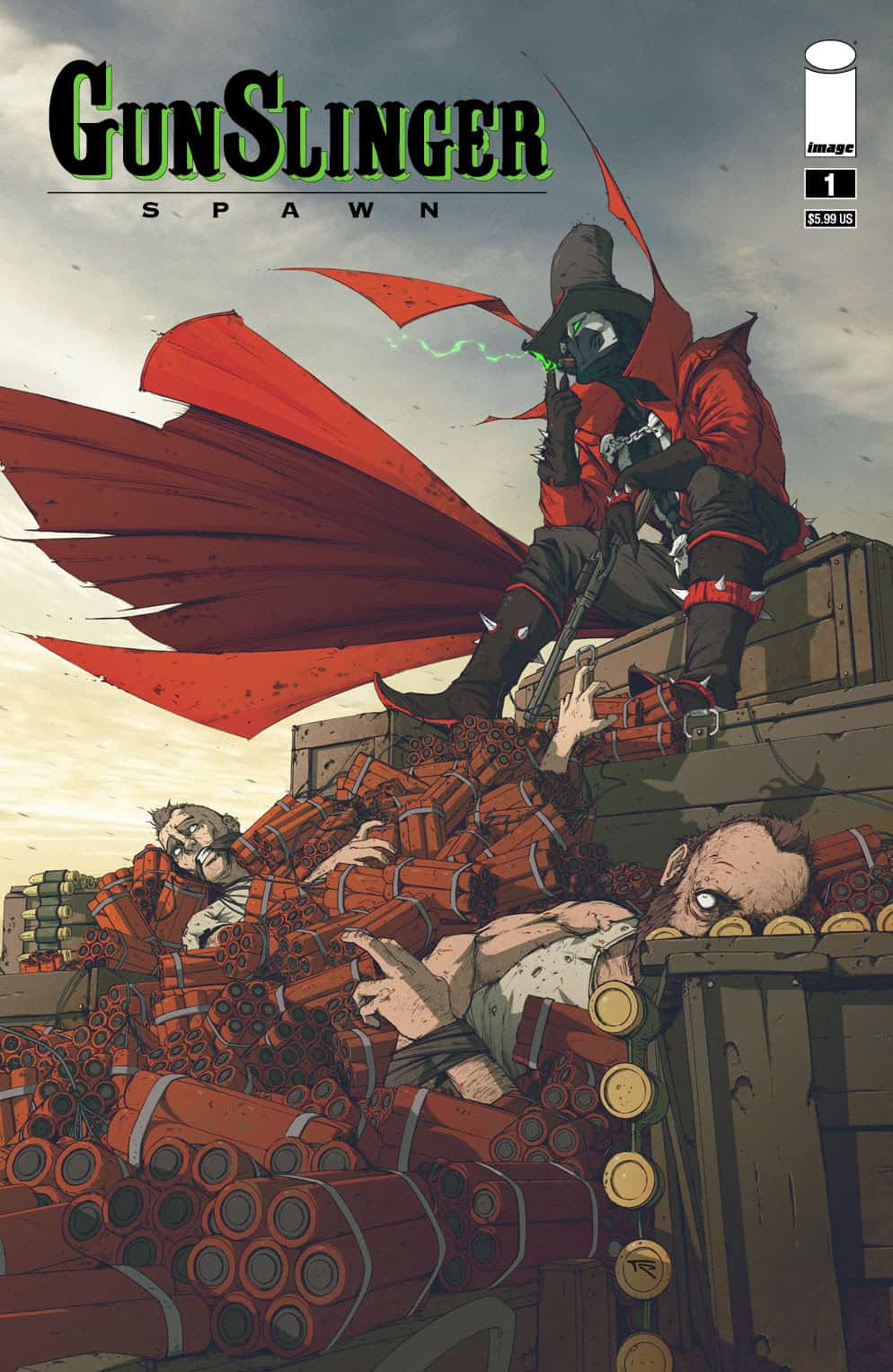 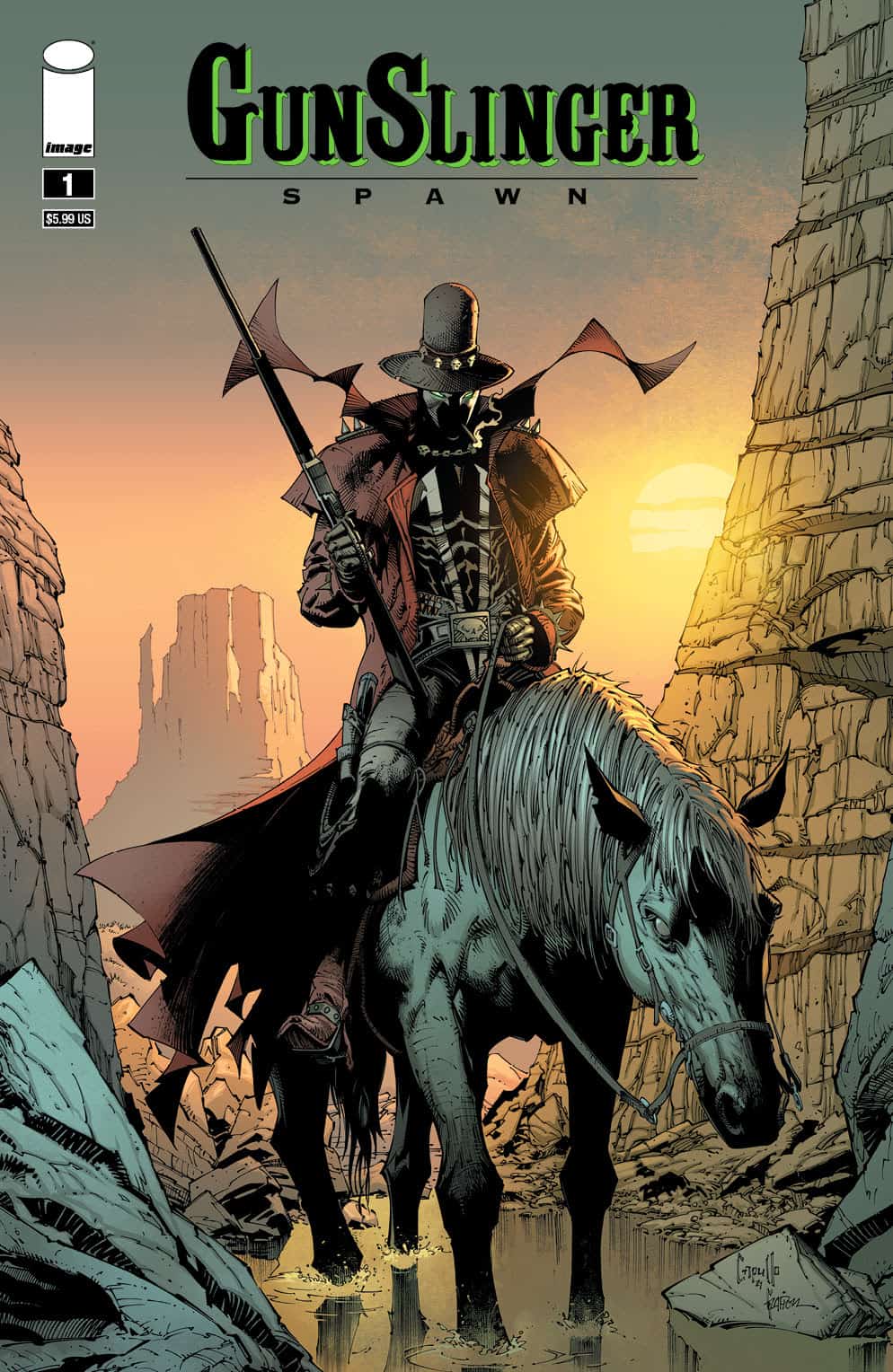 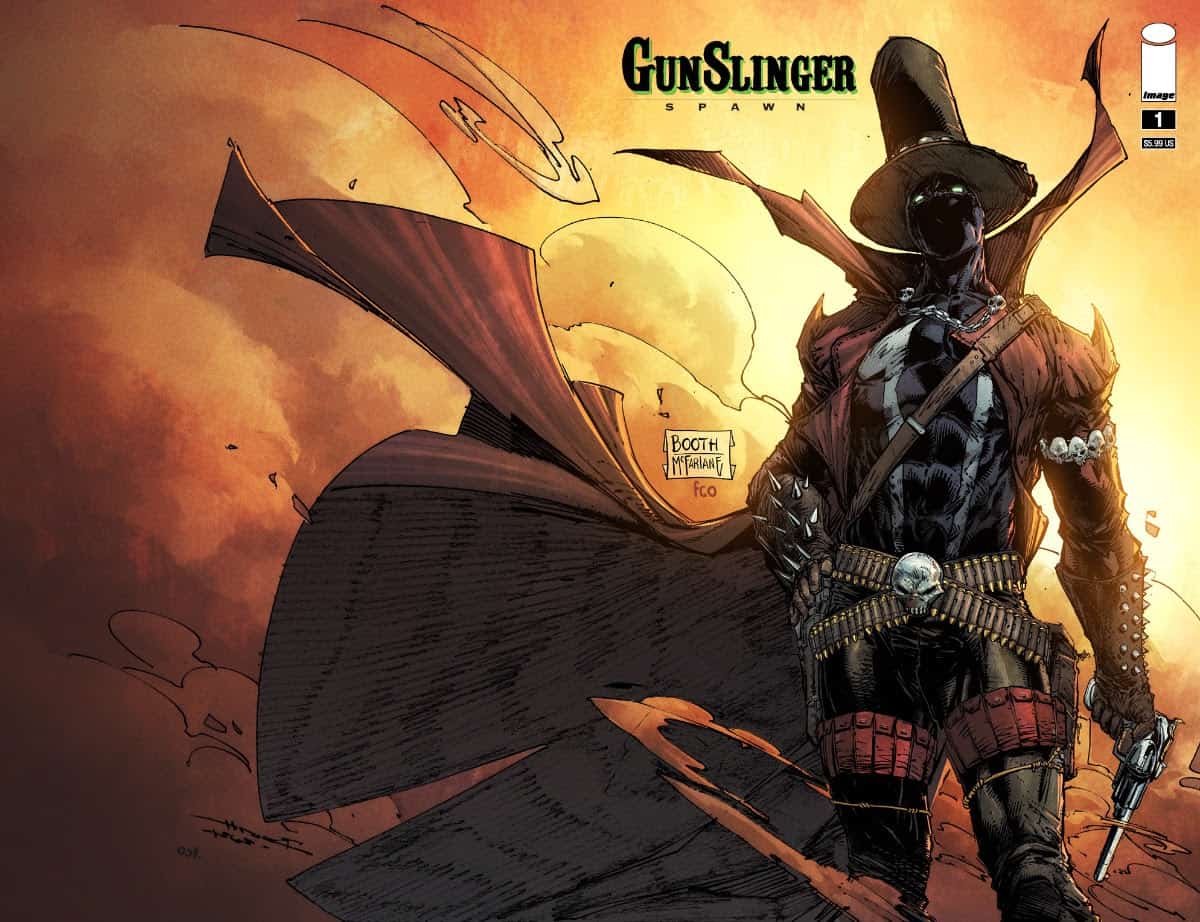 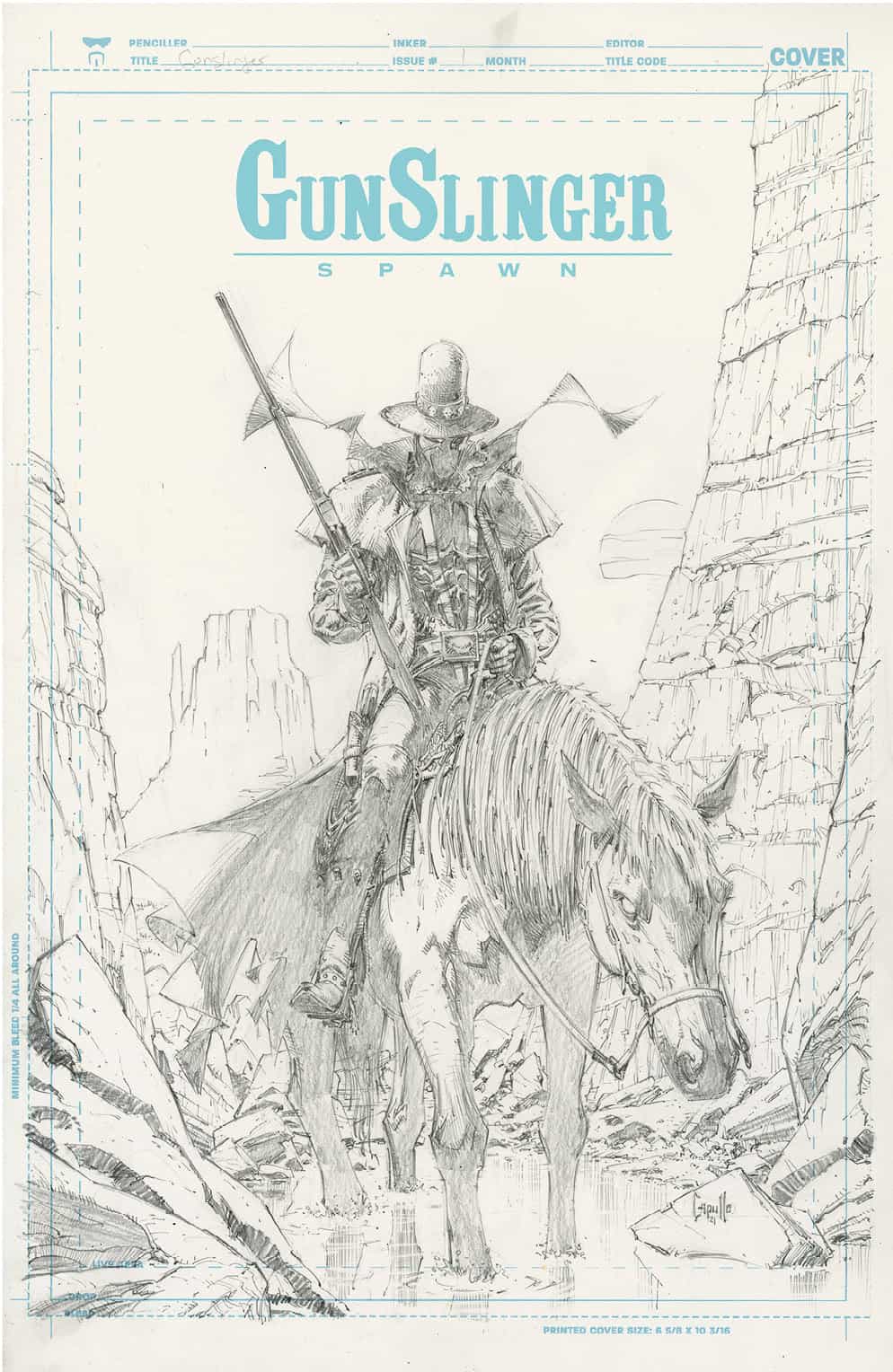 Gunslinger Spawn #1 cover G adds another level of excitement to this new ongoing series. With pencils by Booth and inks by McFarlane, this cover along with both the King Spawn #1 and The Scorched #1 (releasing in December 2021), interconnects to form one epic work of art.

Additionally, there will be a Gunslinger Spawn #1 1:50 copy incentive cover by Capullo.

“Gunslinger Spawn returns with a vengeance, and he will make Spawn look like a Boy Scout,” said McFarlane, Spawn creator and President at Image Comics. “Finally, fans will get a glimpse into his history as we dig deeper into his past and explore his future.”

The Spawn character was first introduced in 1992, to a record-setting of 1.7 million copies that still stands today as the highest-selling, creator-owned comic issue of all time. Published by Image Comics (the third largest comic publisher in North America), the Spawn character also set a record as the longest-running, creator-owned comic on the planet when issue #301 was published in 2019. In August 2021, the newest Spawn Universe title King Spawn #1 sales numbers demolished The Avengers’ record and became a 25-year record-breaking new superhero monthly title launch.