The latest record to fall was set by Gunslinger Spawn #1 when it became the biggest launch of a new superhero monthly title in the comic industry in the past 25 years with the first printing of 393,000 copies.

Gunslinger Spawn #1 total sales are bigger than Marvel’s Spider-Gwen 2015 launch, and there hasn’t been another new character comic close to that number 20 years prior to that.

McFarlane’s Spawn titles also hold the following records: Spawn’s Universe #1 (June 2021) was Image Comics’ top-selling first issue of the 21st Century with a print run of 226,000 (and has since had additional printings).

The Scorched #1 release in December is slated to break another industry record for a new Superhero Team book. After 30 years of mostly just a single monthly Spawn book, The Scorched will gather some of the most popular characters from the past three decades and put them together in one title.

In addition to these records, the Spawn character was first introduced in 1992 to a record-setting of 1.7 million copies that still stands today as the highest-selling, creator-owned comic issue of all time. Published by Image Comics (the third largest comic publisher in North America), the Spawn character also set a record as the longest-running, creator-owned comic on the planet when issue #301 was published in 2019. 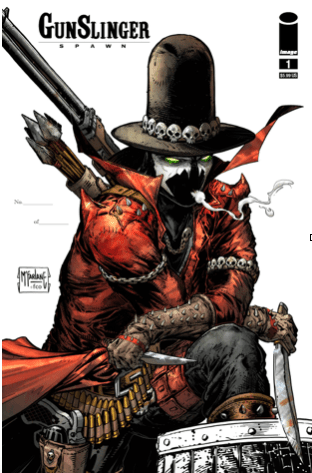