Top Shelf Productions is marking what would have the 100th birthday for cartoonist Charles M. Schulz, the creator of the seminal PEANUTS cartoon strip, with the release of FUNNY THINGS: A COMIC STRIP BIOGRAPHY OF CHARLES SCHULZ.

This imaginative and tender-hearted work by Luca Debus and Francesco Matteuzzi and scheduled for publication in August 2023 is a tribute to the man behind Charlie Brown, Snoopy, and the Peanuts gang, created in the style of Schulz.

Starting with the last days of his monumental career, FUNNY THINGS jumps back and forth in time to narrate both Schulz’s artistic achievements and the personal episodes that formed him as an author and human being.

Luca Debus and Francesco Matteuzzi pay tribute to the master by telling the story of Schulz’s life in the medium that made him immortal: the comic strip and how it ultimately shaped him into the most beloved cartoonist on the planet.

From full-color Sundays to black-and-white dailies, every strip provides a laugh as well as a piece of insight into his remarkable life story. Filled with affection, charm, and poignant observation, this graphic novel imagines Schulz through the lens of the very world he created, inviting us all to meet the man behind the blanket.

In a press release from Top Shelf Productions, artist and co-writer Luca Debus said about the books subject:

“Charles Schulz stated several times that he never created any art in his lifetime. He believed cartoons belonged to the fleeting nature of newspapers and therefore couldn’t stand the test of time. With this book, we want to prove him wrong. By narrating his life, we celebrate his legacy as arguably the most influential cartoonist to ever live and try to understand his complex identity as both the man and the artist behind Peanuts.”

“While Schulz was working on his last strip, looking back on five decades of Peanuts characters and situations, he laughed and said: ‘I really drew some funny things. That phrase, Funny Things, stuck with me since I first read it: it’s both accurate and a huge understatement of what he accomplished. So simple, and yet so powerful, just like the strips he left us which we will cherish forever.”

“Readers of Funny Things will delight in spotting the real-life inspirations and references to iconic Peanuts lore, such as Schulz’s love of baseball, classical music, a little red-haired girl, and a sweet black & white dog who might be wiser than any human. But they’ll also get a profound sense of his religious faith, his understanding of loneliness, his immense ambition, and his rich family life.”

Check out these preview pages from the book: 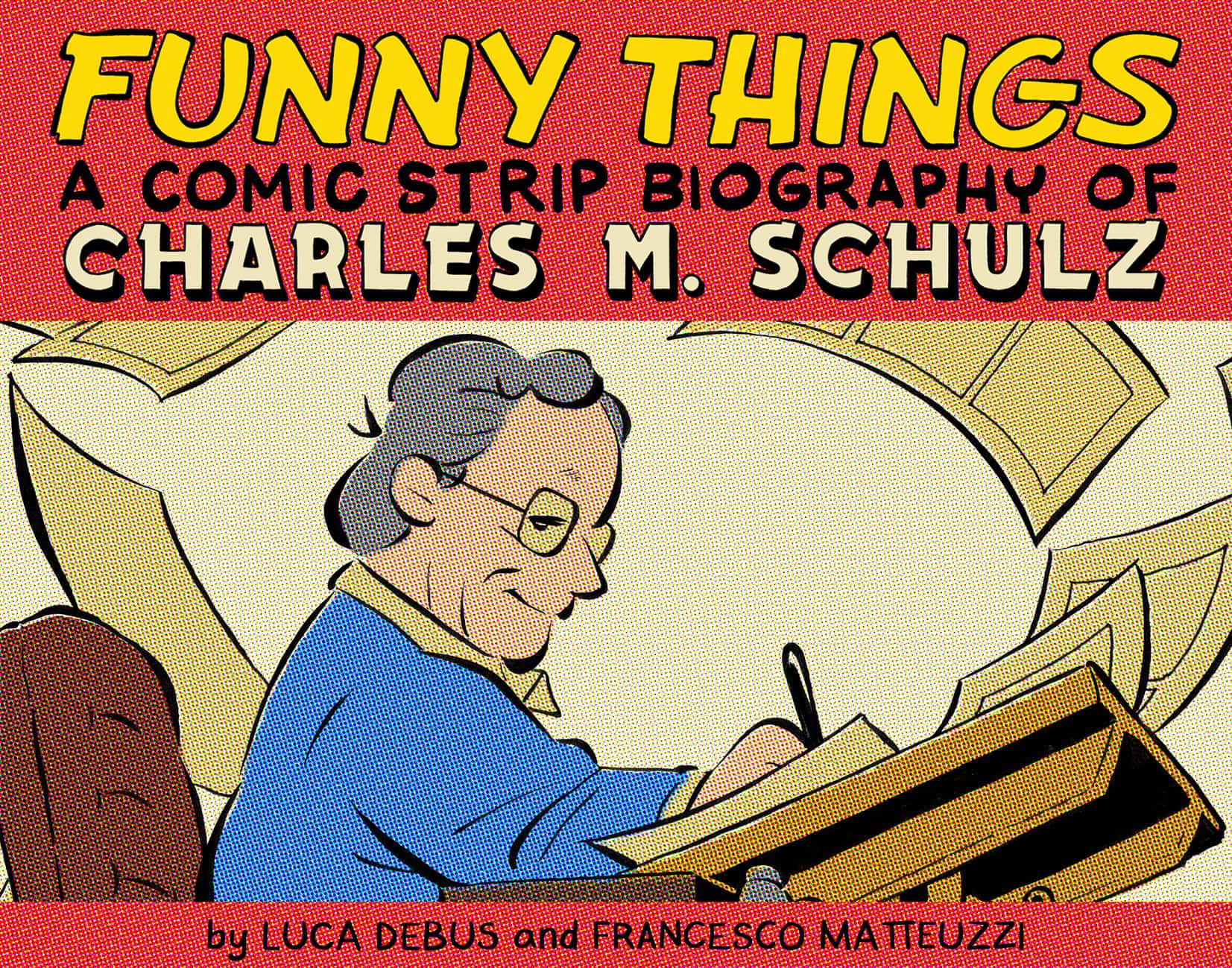 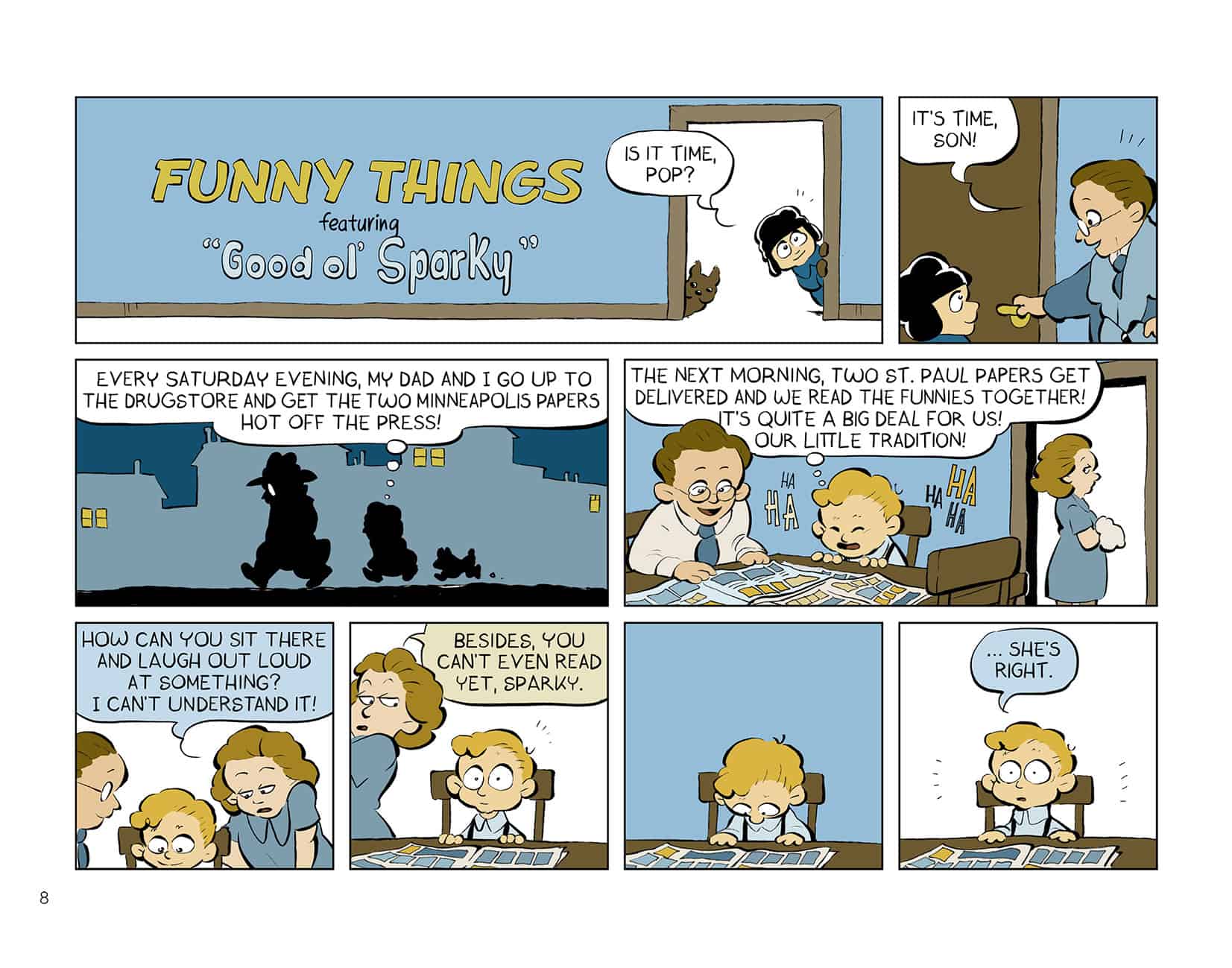 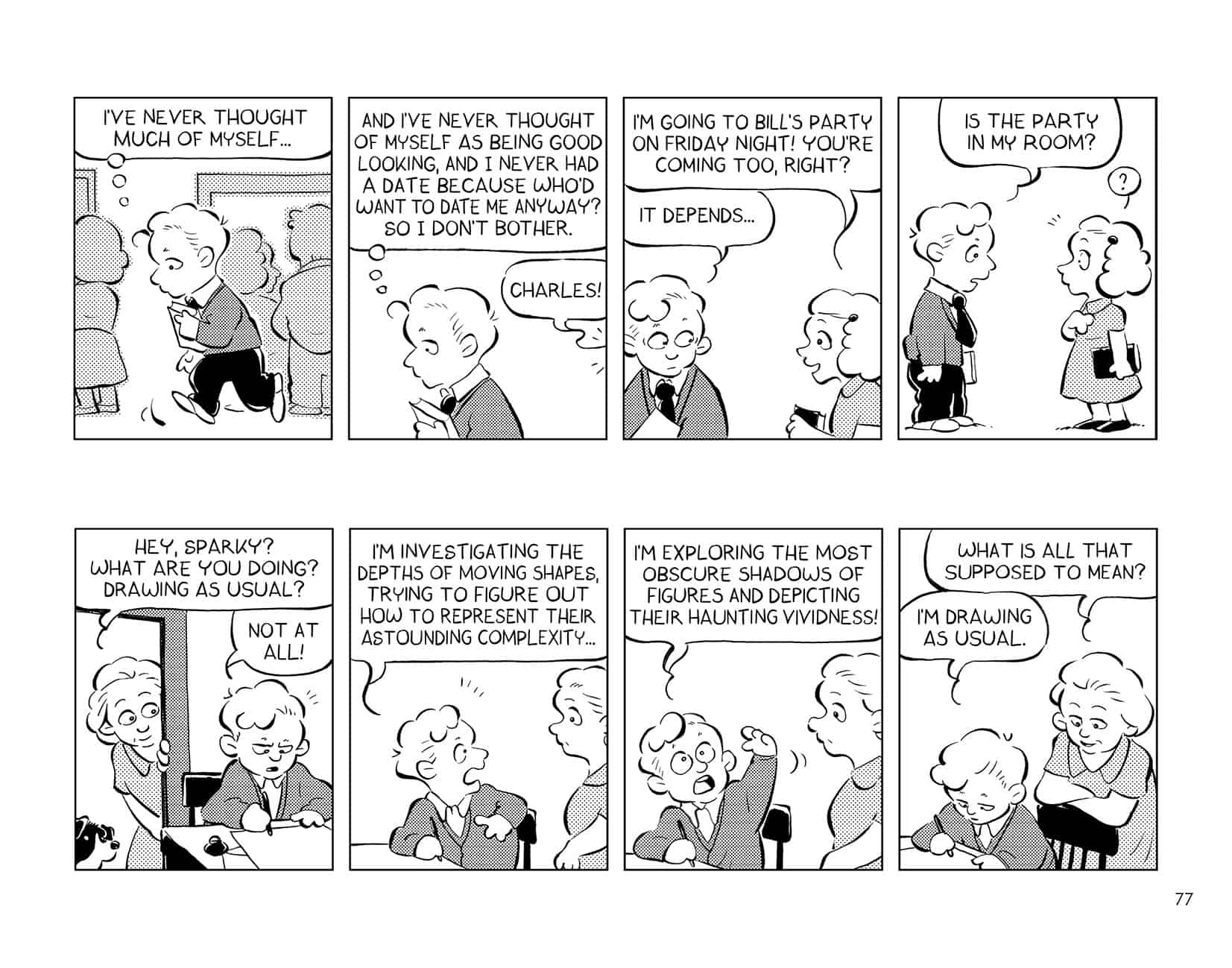 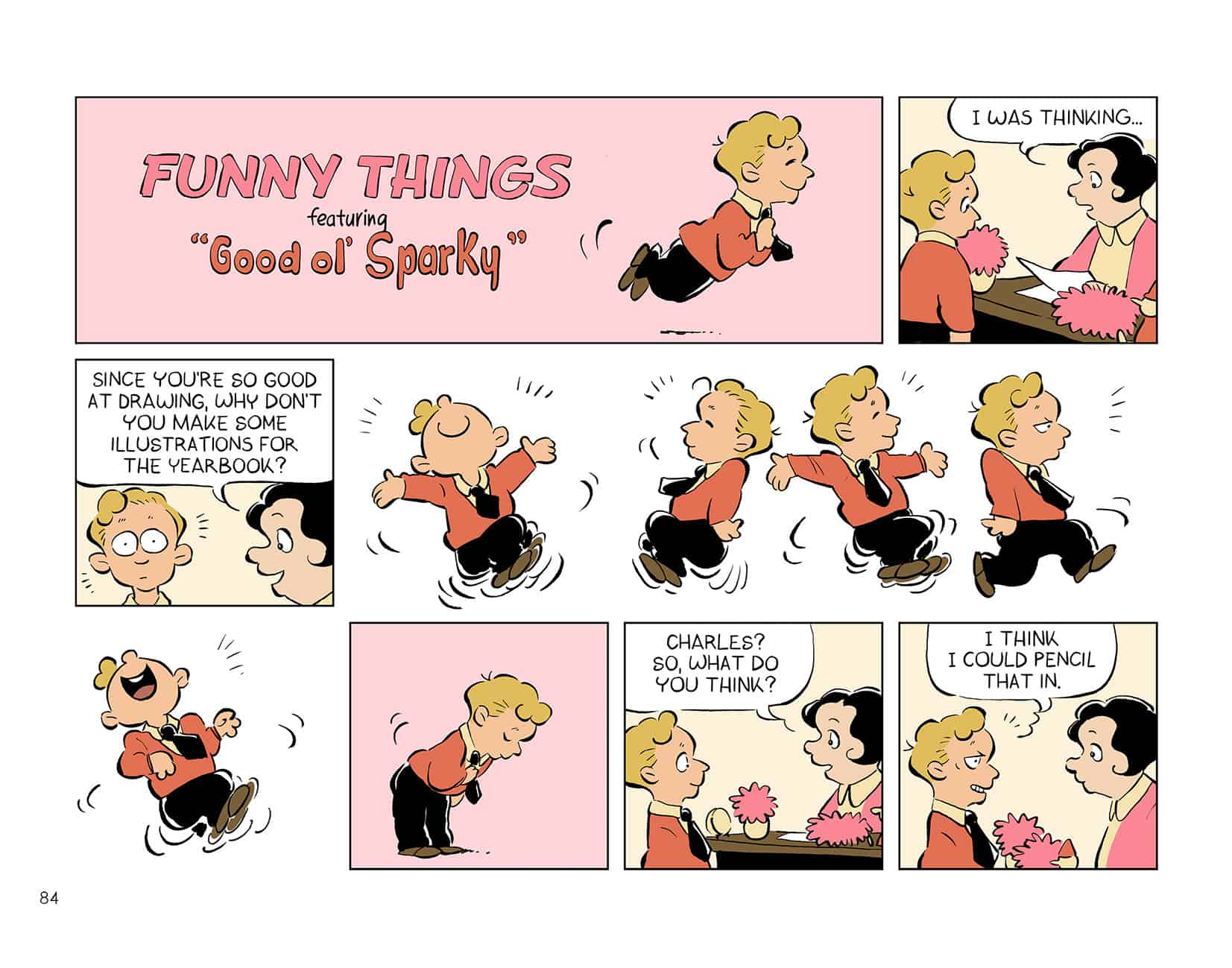 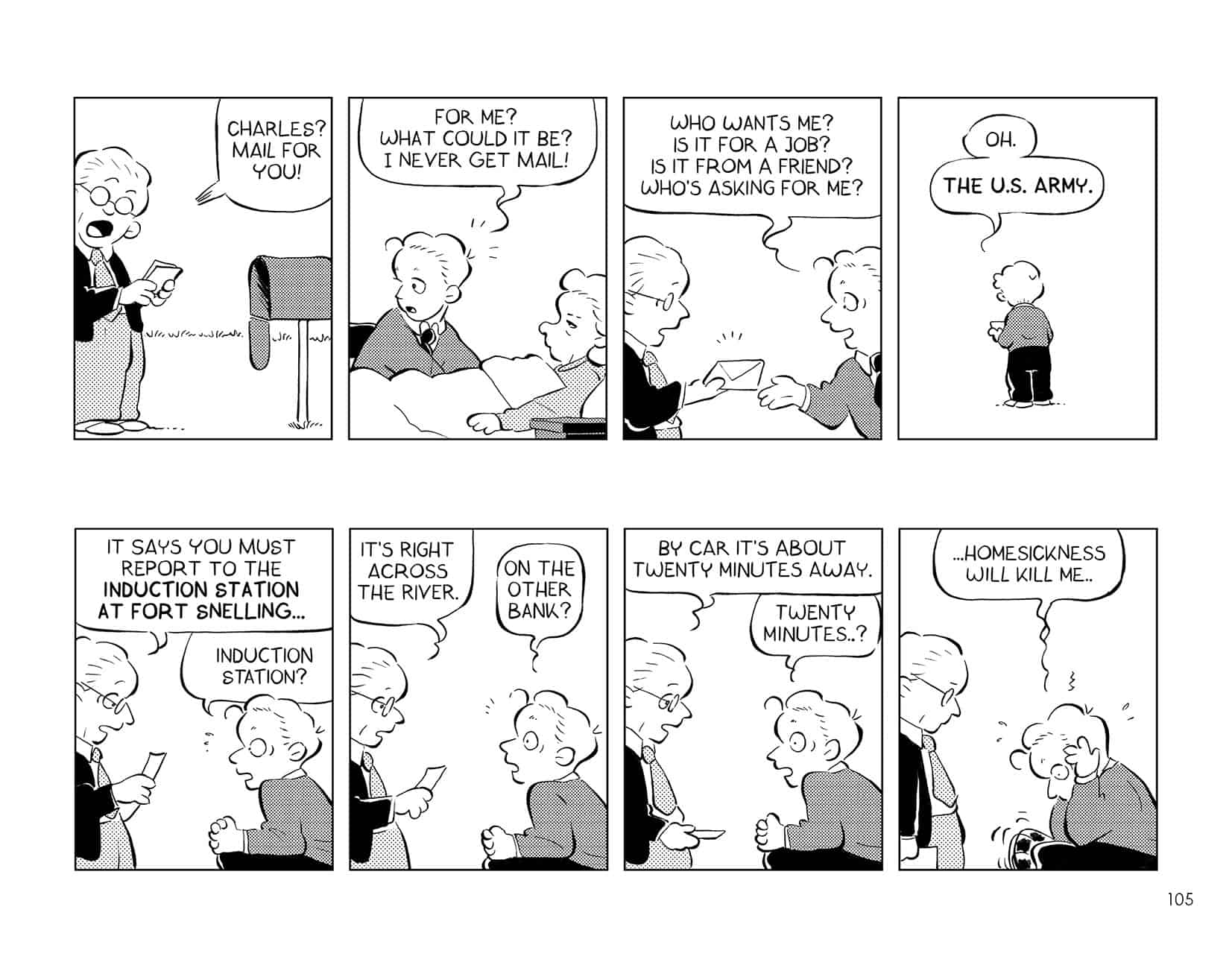 Celebrate Charles M. Schulz’s momentous life from his earliest days as a youth nicknamed “Sparky,” through tragedies of war and personal loss, to his laborious breakthrough into the funny pages, and finally to his indelible legacy as creator of the world’s best-loved comic strip, whose unlikely round-headed hero and beagle best friend have captured hearts and minds across generations.

Funny Things: A Comic Strip Biography of Charles M. Schulz goes on sale in August 2023 and is available for pre-order everywhere books and comics are sold.