NEWS WATCH: Unveil Viking Secrets In ‘THE WORLD OF ASSASSIN’S CREED VALHALLA: JOURNEY TO THE NORTH

Dark Horse Books and Ubisoft proudly join together to bring you The World of Assassin’s Creed Valhalla: Journey to the North—Logs and Files of a Hidden One. This 208-page hardcover volume features a detailed overview of the lore and history that inspired Assassin’s Creed Valhalla! This book comes in a Standard and Deluxe edition which will both be available at the same time.

This full-color, oversized hardcover is presented as a journal kept by Hytham himself, which allows readers to experience Assassin’s Creed Valhalla as they never have before. This tome chronicles Viking culture, history, lore, and mythology amid the action and drama of the hit video game.

Discover the history and culture of the Raven Clan Vikings as they struggle against the Order of the Ancients. Get an in-depth view of the setting of the game with descriptions and depictions of in-game characters and locals as the Vikings move from Norway to England, Ireland, and Francia. What best-kept secrets will you uncover at Hytham’s side?

The Deluxe edition includes a protective slipcase as well as an exclusive cover and a folio containing gallery-quality print. 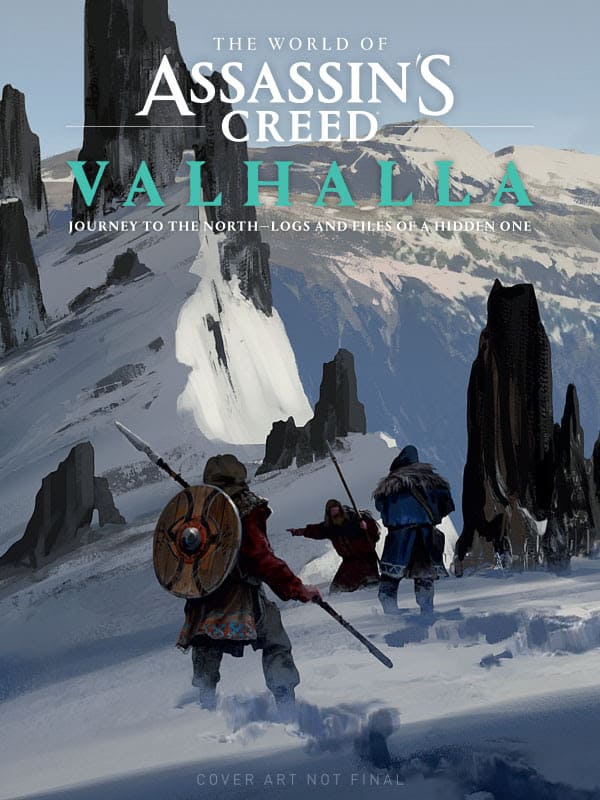 The World of Assassin’s Creed Valhalla: Journey to the North—Logs and Files of a Hidden One hardcover will be available in both Standard and Deluxe Editions, in bookstores March 14, 2023 and comic shops March 15, 2023. Both are available for pre-order now at Amazon, Barnes and Noble and at your local co

NEWS WATCH: Unveil Viking Secrets In ‘THE WORLD OF ASSASIN’S CREED VALHALLA: JOURNEY TO THE NORTH—Logs And Files Of a Hidden One’