Fans and retailers alike will have to wait a little longer for the long awaited return of fan-favorite series Birds of Prey. DC informed retailers that the book, previously slated to launch October 30th, 2019 will now be rebranded for DC’s mature reader line, DC Black Label. The original solicitation information and preview pages are still applicable although notably, a new Black Label cover was revealed (see below) in the notice sent out to retailers, drawn by Ivan Reis with Joe Prado on inks and Alex Sinclair on colors. The book will feature a star-studded creative team consisting of Brian Azzarello, Emanuela Lupacchino, Ray McCarthy, and Trish Mulvihill. 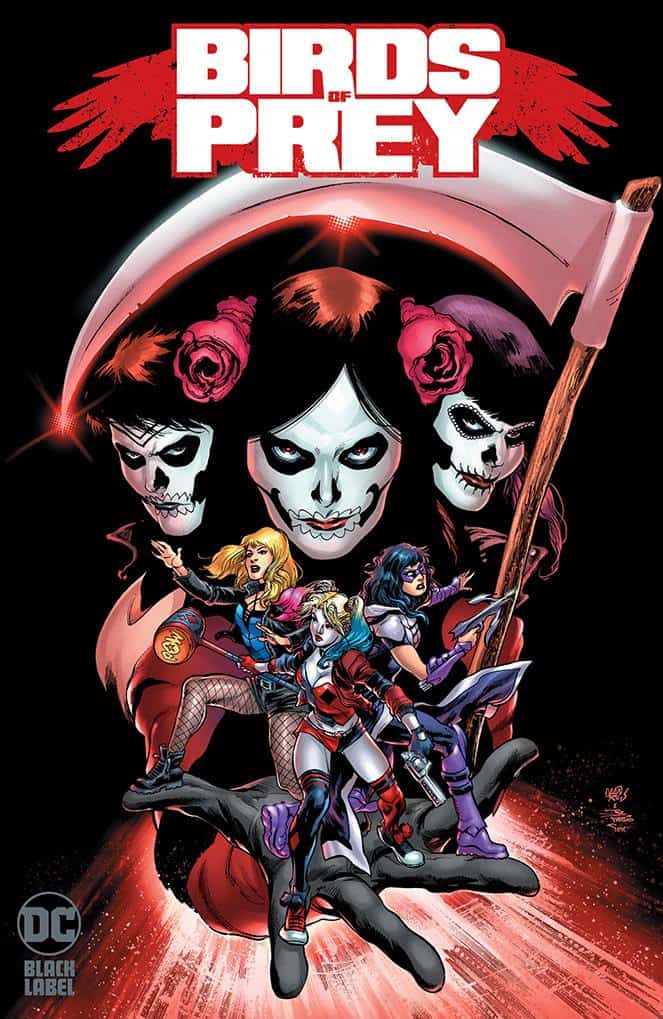 The new series is believed to be launching to coincide with the release of the major box office film, Birds of Prey: And the Fantabulous Emancipation of One Harley Quinn, in theaters on February 7th, 2020. In moving to Black Label, typically an imprint known for higher end products, we can expect to see more of the grit often associated with Brian Azzarello’s style of writing. No official word has been released on whether or not the move to Black Label will change the format of release at this time but you can believe that those of us here at Comic Watch will be on the lookout for new information as it arrives!