The classics make their glorious return with Valiant’s latest announcement, bringing hundreds of Valiant Classic comics to your fingertips with a digital collection that is sure to excite both longtime and new fans alike! 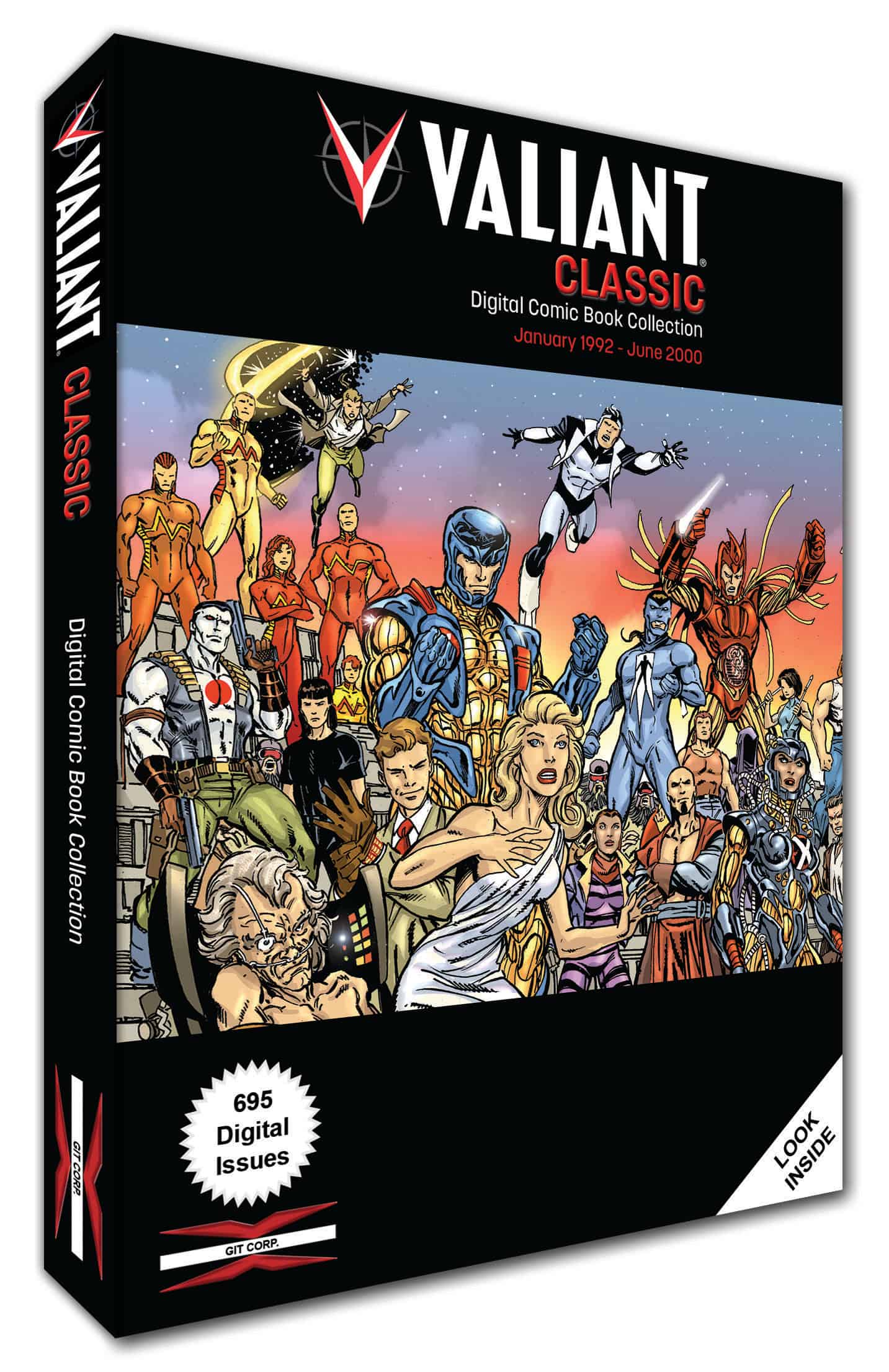 This massive library features almost 700 digital comics published by Valiant between January 1992 and June 2000, all for just $75!

“GIT Corp.’s first Valiant release is an impressive collection of our new era of comics, but this collects many of the comics from the classic era of Valiant,” said Russ Brown, Valiant’s President of Consumer Products, Promotions & Ad Sales. “Now, Valiant fans can have unprecedented access to a vast assemblage of stories by the likes of Bob Layton, Kevin VanHook, Barry Windsor-Smith, and many more!“

The Valiant Classic Digital Comic Book Collection features 695 digital issues on one USB flash drive that comes with three licenses that can work on up to three devices. Gain access to the classic adventures of Bloodshot, Eternal Warrior, Harbinger, X-O Manowar, Ninjak, Archer & Armstrong, Shadowman, and many more! The USB is Windows, Mac, IOS, and Android compatible.

The Valiant Classic Digital Comic Book Collection releases on September 1st, but pre-orders are being taken now on the GIT Corp. website.

Stay tuned to Comic Watch for all the latest in Valiant Comics and more!