Ravnica united! The Guilds have aligned just in time to find their sprawling city transformed into a battlefield! Their enemies are mutant horrors: citizens changed by their cultish devotion to an entity that threatens all life across the multiverse. Though our planeswalkers are now aided by guild warriors from Boros angels to Simic super soldiers, can Kaya, Vraska, and Ral Zarek reach Jace Beleren before the herald of [REDACTED] does? 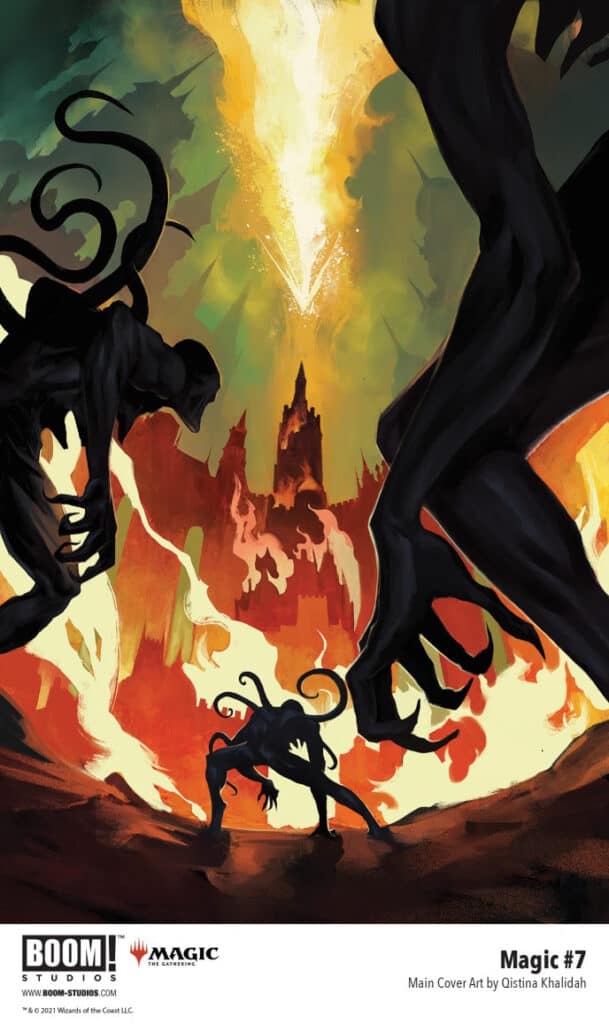 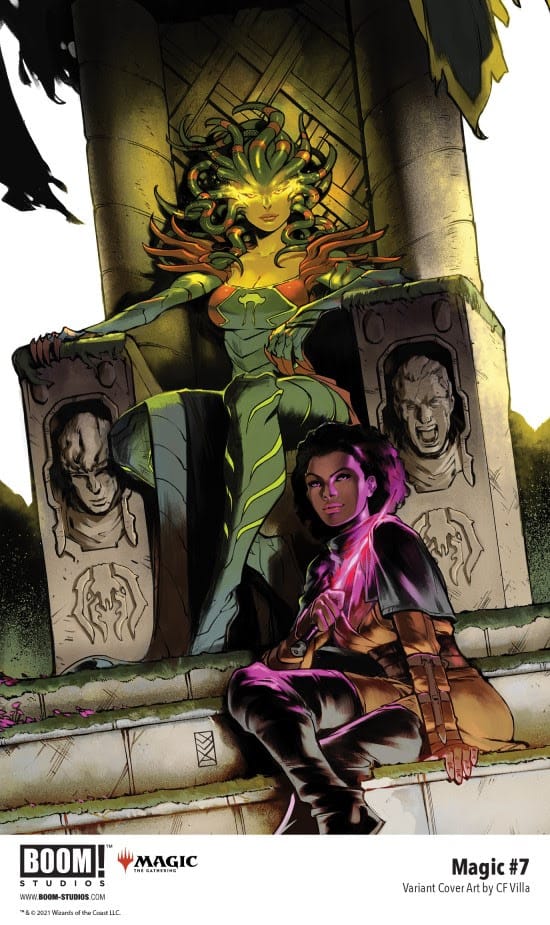 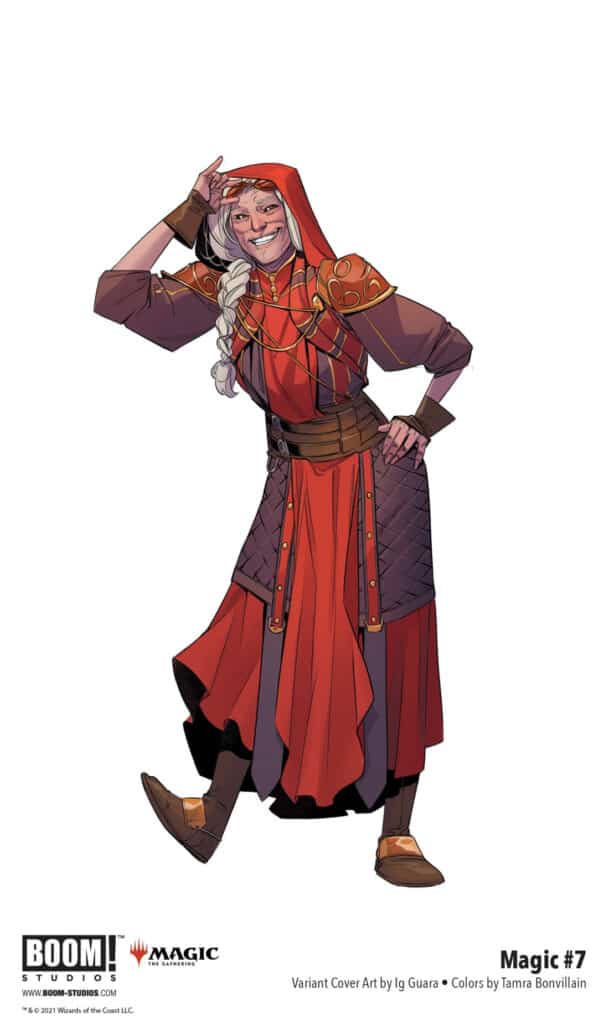 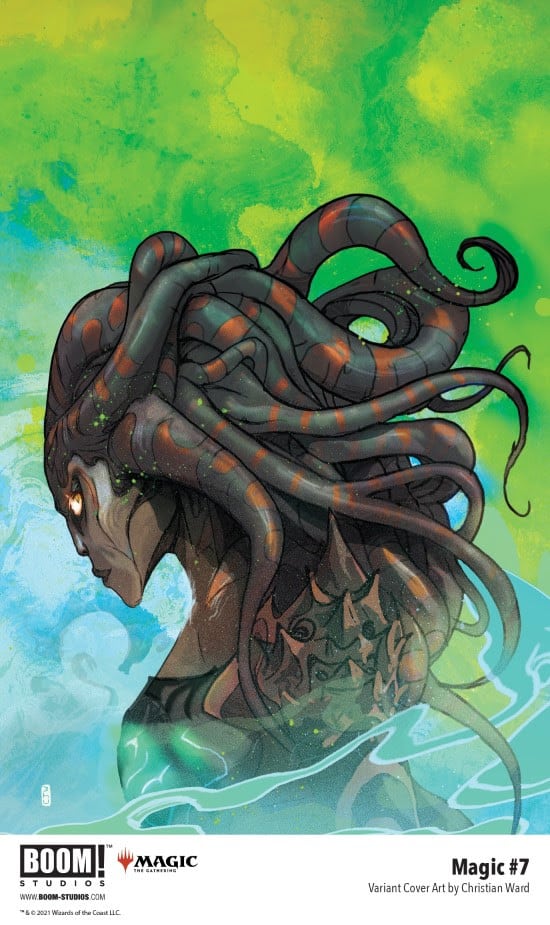 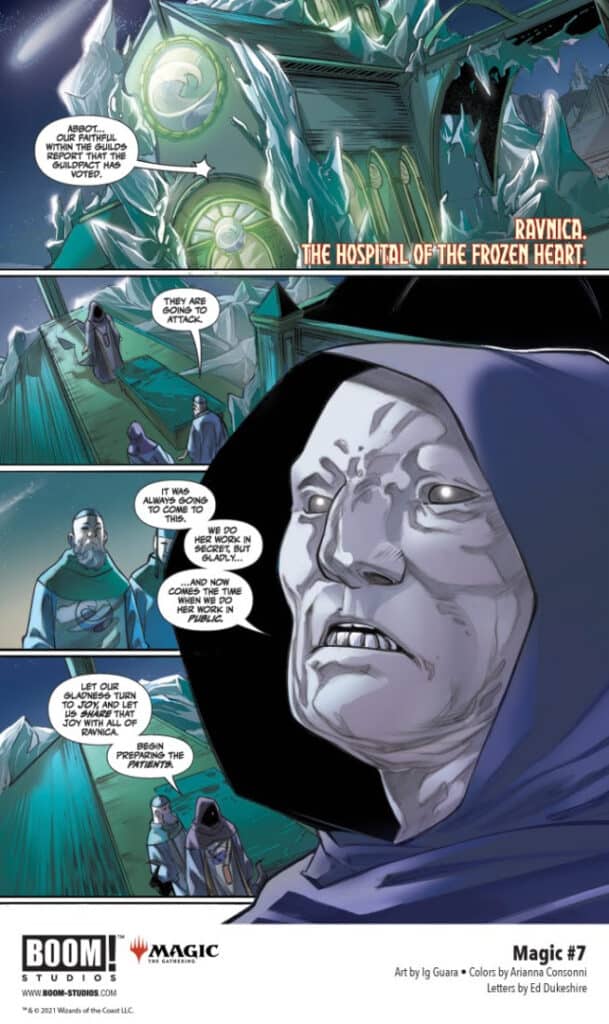 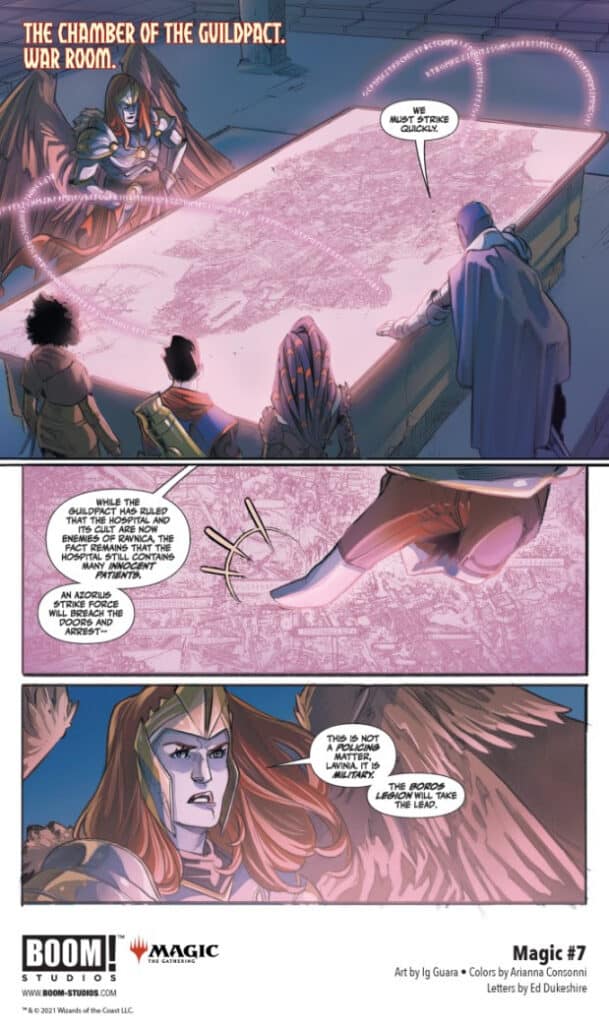 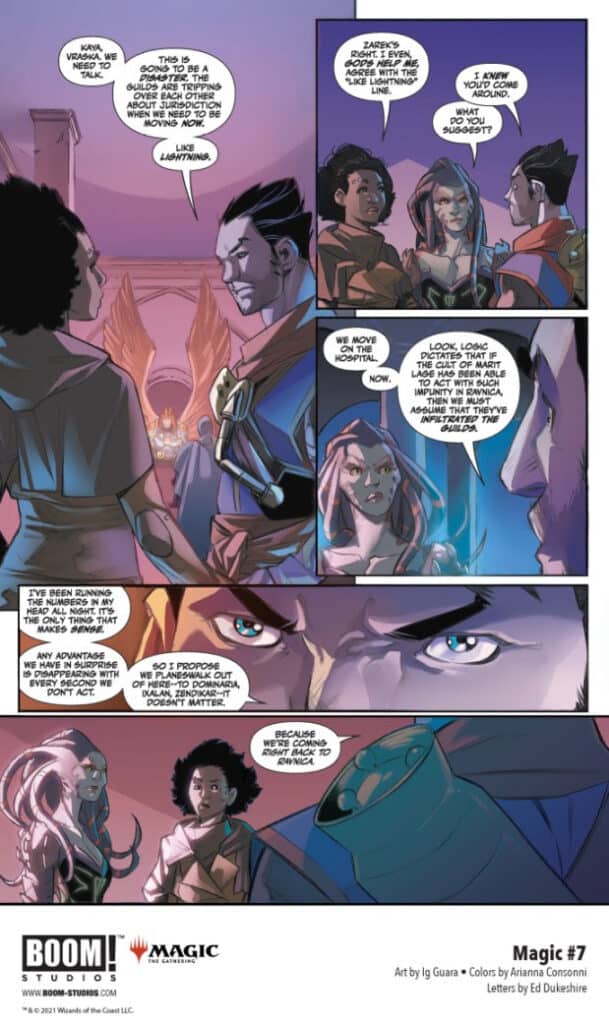 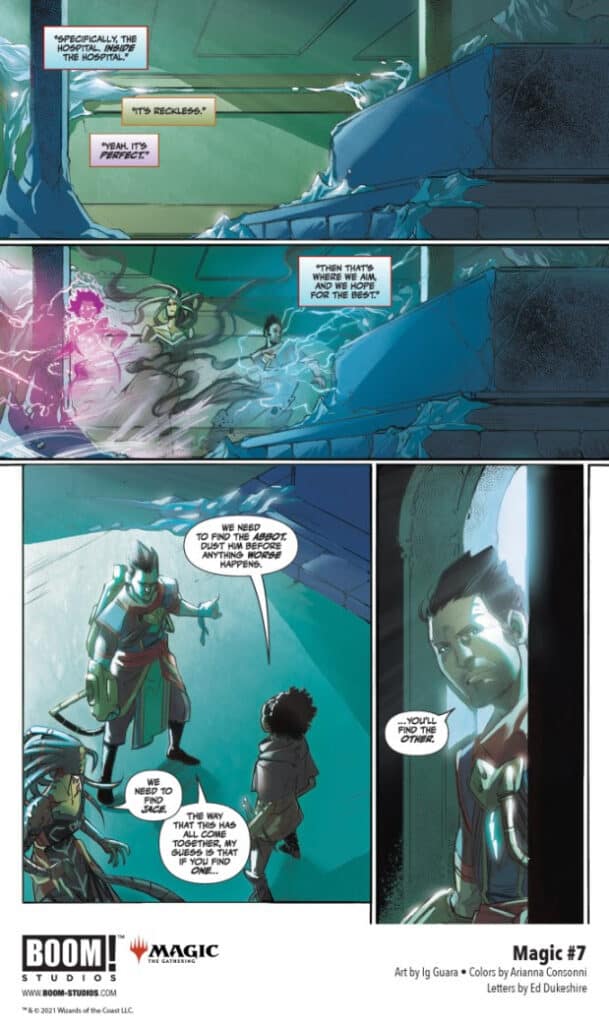 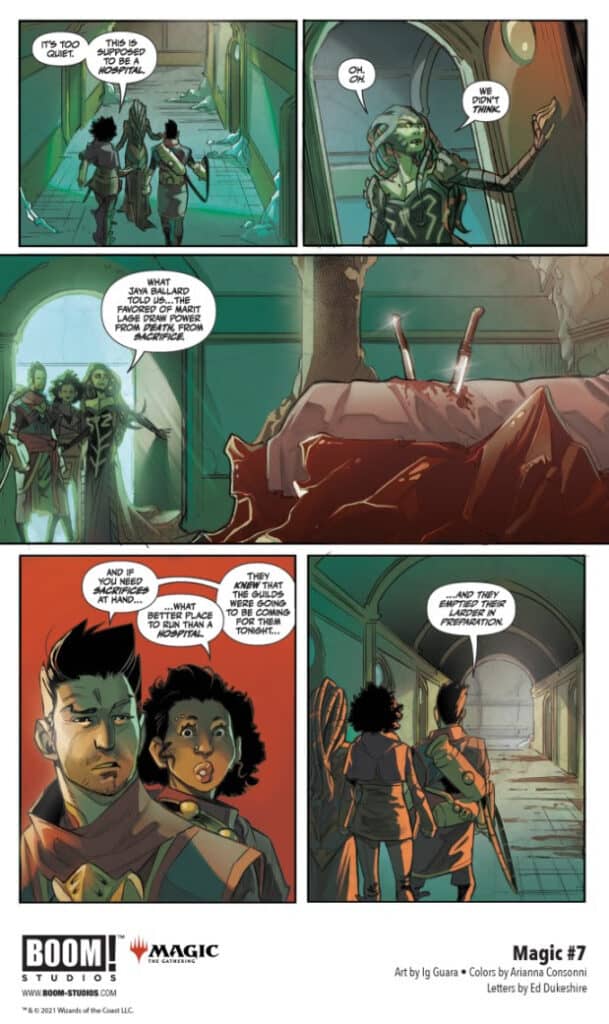 Print copies of MAGIC #7 will be available for sale on October 6, 2021 exclusively at local comic book shops (use comicshoplocator.com to find the nearest one) or at the BOOM! Studios webstore. Digital copies can be purchased from content providers, including comiXology, iBooks, Google Play, and Kindle.

For continuing news on MAGIC and more comic book series from BOOM! Studios, stay tuned to www.boom-studios.com and follow @boomstudios on Twitter