The Darkhold saga which kicks off in his fall beginning in DARKHOLD ALPHA #1  will spread the madness to those heroes, IRON MAN, BLADE, WASP, BLACK BOLT, and SPIDER-MAN recruited by Scarlet Witch to travel to Chthon’s dimension to stop him before he can invade Earth in a series of one-shots.

In November, DARKHOLD: WASP and DARKHOLD: BLACK BOLT will tie into the overarching event with the characters getting their own “defiled designs” by Cian Tormey.

Scarlet Witch chose Janet Van Dyne for her ingenuity and strength, will she prove to be the lynchpin in the coming battle against Chthon or will she be consumed by darkness? After reading the Darkhold, Wasp’s entire life is subject to question but she has the power to reclaim her story…and fight back.

Renowned colorist and writer Jordie Bellaire makes her Marvel Comics writing debut alongside rising star artist Claire Roe for a story that will make you shrink in fear in DARKHOLD: WASP. 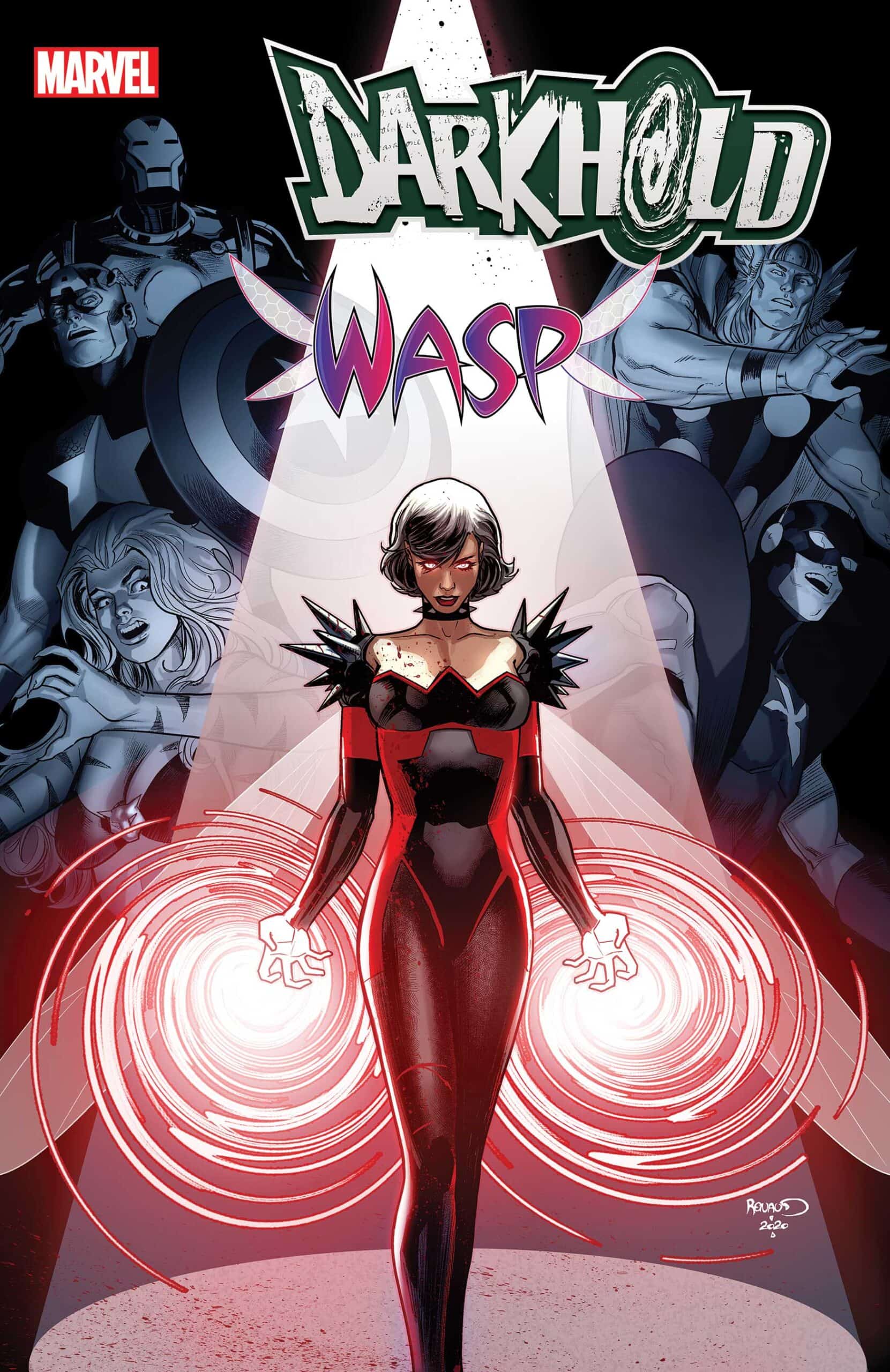 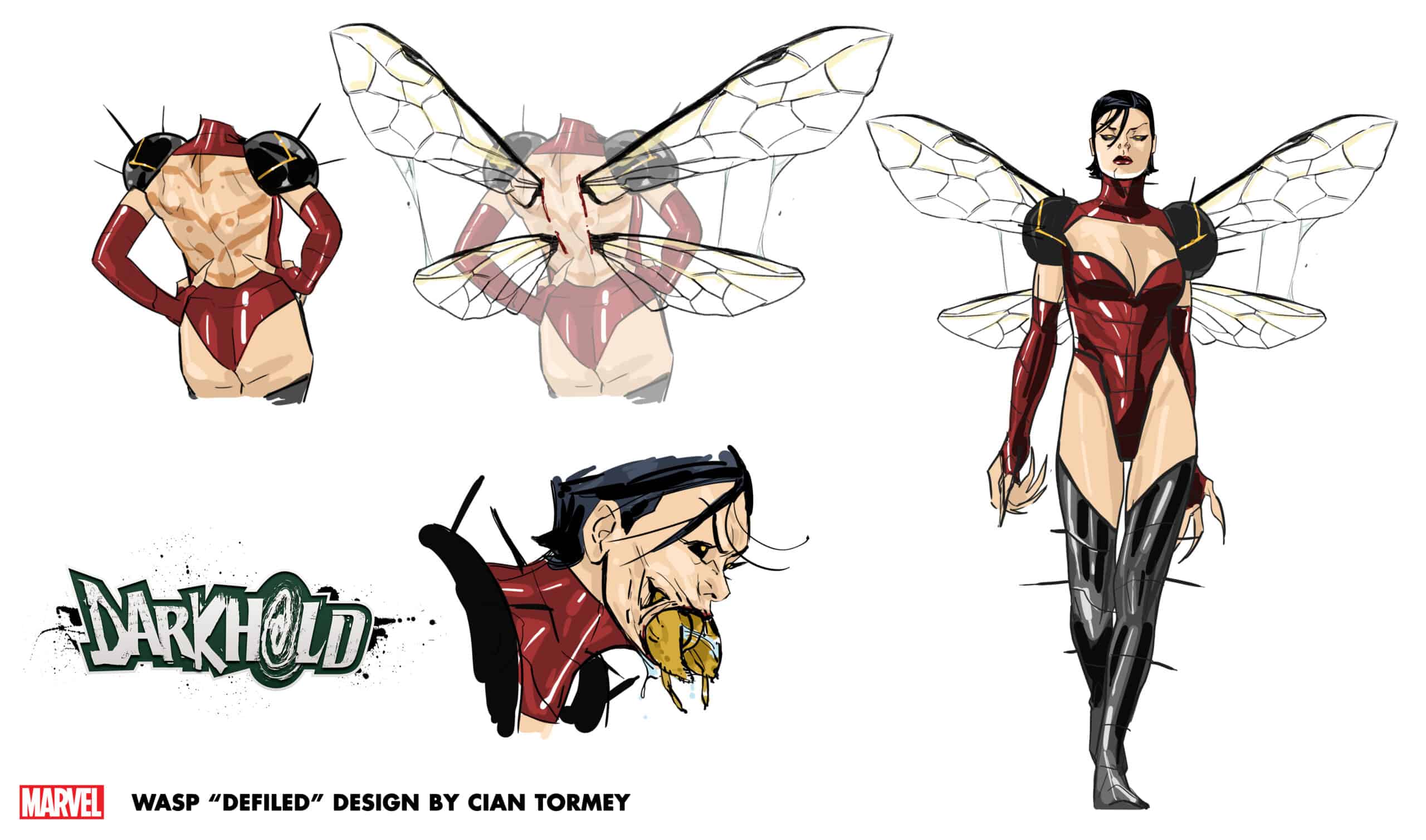 Black Bolt’s mighty voice is his greatest gift…and since childhood, it has been his greatest curse. Black Bolt thought he was signing up for a battle befitting a king but after reading from the Darkhold, he’ll discover the true battlefield will be his own mind.

Critically acclaimed writer Mark Russell teams up with sensational artist David Cutler to brings you a scream-worthy story that will break an empire in DARKHOLD: BLACK BOLT! In a press release from Marvel, Russell said about the project:

“As a writer, it’s a joy to get to write a character who spends even more time inside their own head than you do. So Black Bolt is a writer’s dream character and when I heard which other creators were involved with the series, I was totally on board, like someone who’d unwittingly bought a house in a really great neighborhood.” 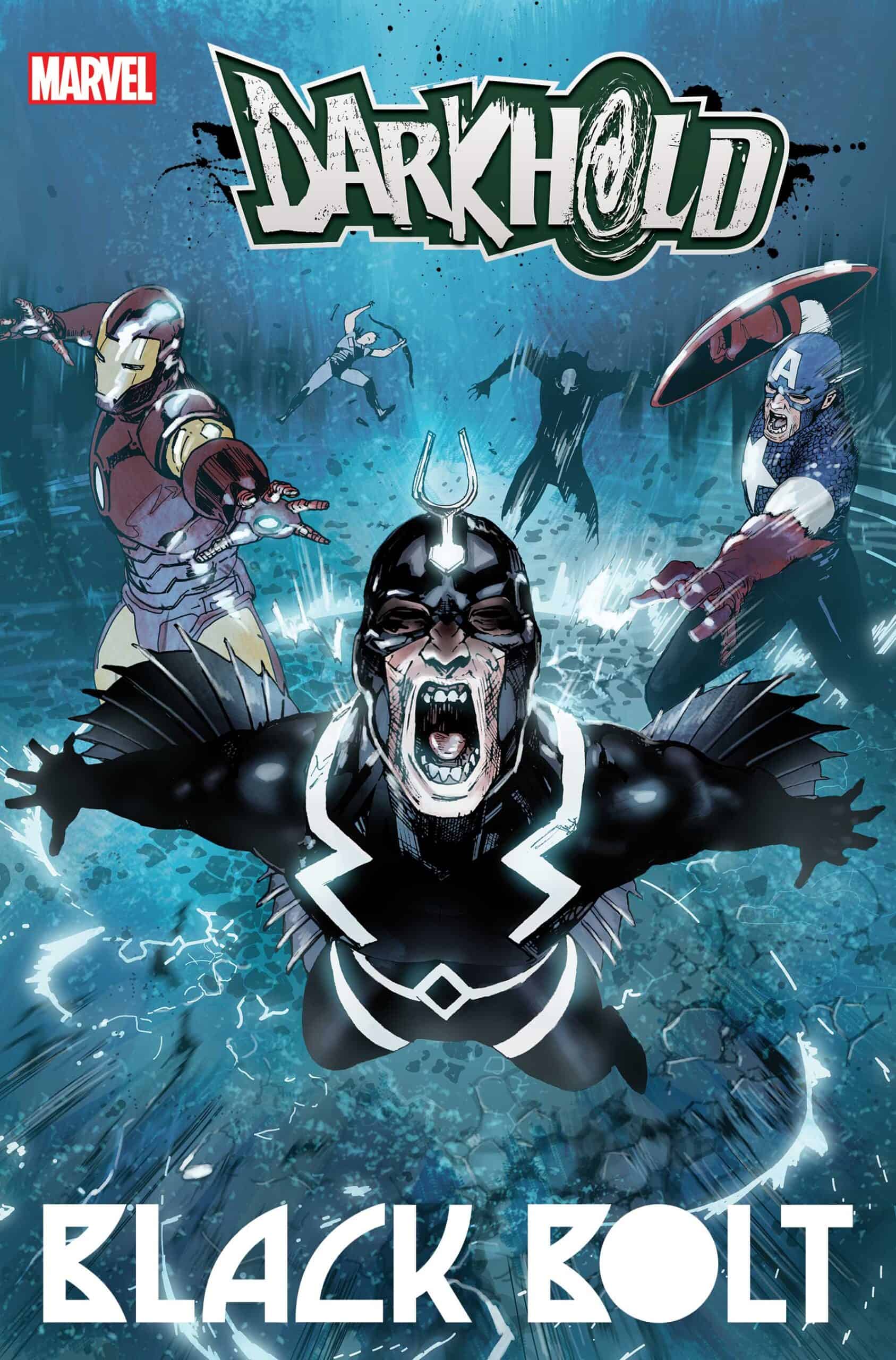 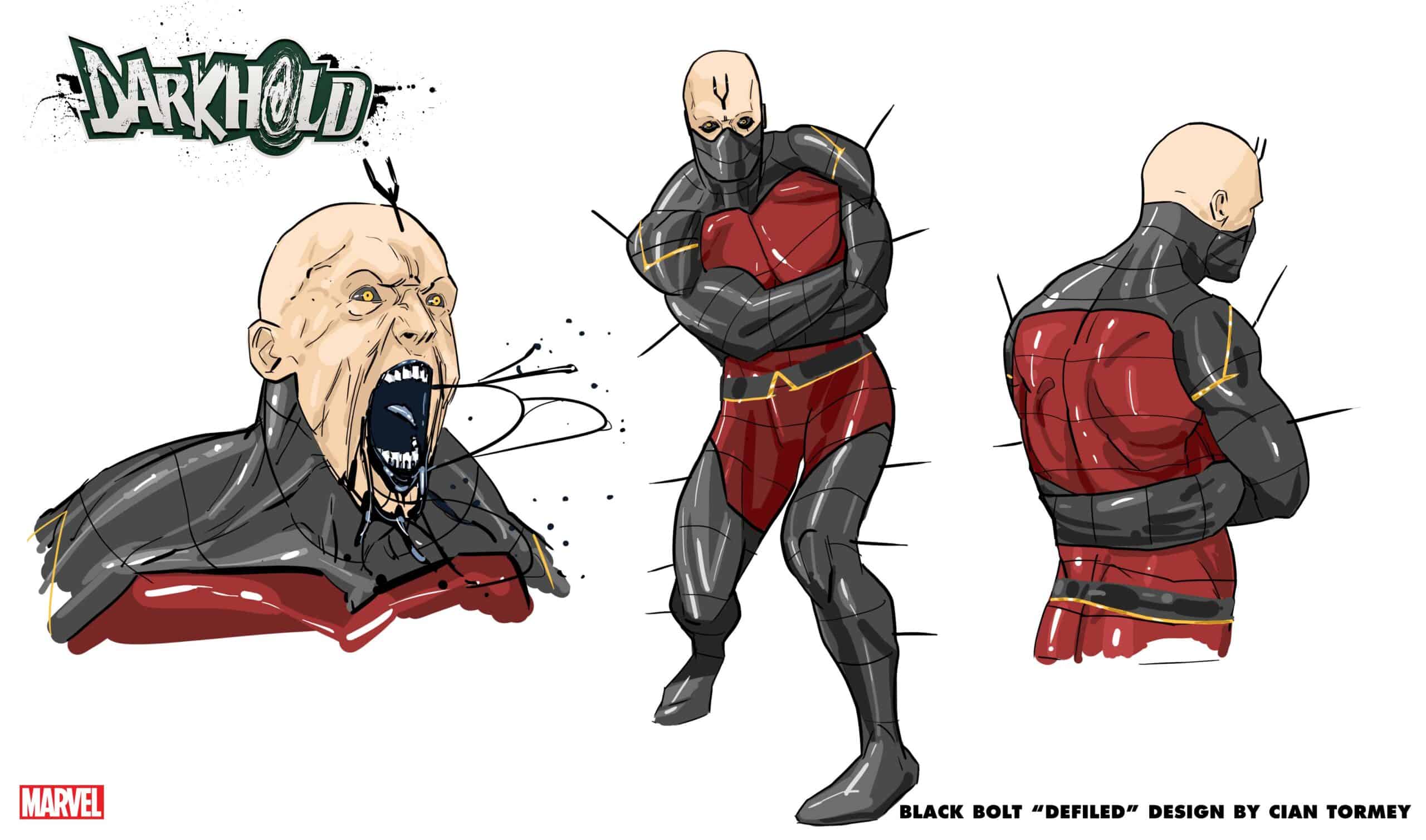 The one-shot stories releasing  in October are: