NEWS WATCH: Welcome To The World Of Flogoria! THE TRAVELER Is Coming Soon From Scout Comics!

After a freak work accident involving a fishing boat, a supposedly non-existent sea creature, and an interdimensional gateway, anxiety addled Harry Blandford finds himself stranded on the far off world of Flogoria. All Harry has to do now is survive long enough to find a way back home. From writer & artist: Sam Moore editor: Andrea Lorenzo Molinari

The Traveler is an epic, alien world-spanning adventure that’s part Mad Max road movie, part Stand by Me coming of age journey, and part otherworldly travel and food show. It’s the story of an average joe, trying to survive in a world that’s 100% not average and 150% not Earth.

We follow Harry Blandford as he attempts to navigate his way through the fantastic world of Flogoria. But the bizarre flora, fauna, and customs of his new environment aren’t the only things he has to contend with. He also has to learn to overcome the fears and anxieties of his, at times, uncooperative mind.

Whether he’s fighting off badlands bandits, trying to sneak past a nest of Snark Dragons, learning how to fire a Zarboogian Nork Rifle, or just trying to order lunch at a Flogorian restaurant, nothing is going to be easy for Harry Blandford.

The small harbor town of Lytteltoon is moderately famous for one thing: The Kangalang Harbor Monster. Ever since the first sighting in 1855, tens of people have come to the area hoping to catch a glimpse of the elusive creature. Last year, young Jimmy Brongle said he saw it, but that ended up being a lazy duck sitting atop a discarded sex doll.

Harry Blandford’s boss at The Creekchurch Press is busy working on a story about an old lady and a potato that looks like Tom Jones. So Harry (the newspaper’s graphic designer) has been lumped with the task of taking some fresh photos of Jork Smithe, an old sea dog that’s been telling tales about the Kangalang for decades.

He’s not a photographer or a journalist, so Harry’s already out of his comfort zone, and Harry Blandford hates being out of his comfort zone. He just wants to get in, take some passable photos, and get out. Then he can get back to the office, so he can pretend to work, while he looks at pictures of overweight animals on the internet.
But Harry won’t be seeing any chonky raccoons or chubby marmots anytime soon. It turns out the Kangalang is very real, and he’s going to meet it in the very near future.

“I’ve had the world of THE TRAVELER in my head for a long time. It’s a world that I would think of when I couldn’t sleep, a place that I would daydream about when I was supposed to be working. I would think about what would happen if I suddenly found myself on an alien world. Could I eat the food? Would the underwear fit me? Do they have karaoke? You know, all the important stuff. I can’t thank the awesome people at Scout Comics enough for helping me get this story out of my head and onto the page.” says creator Sam Moore 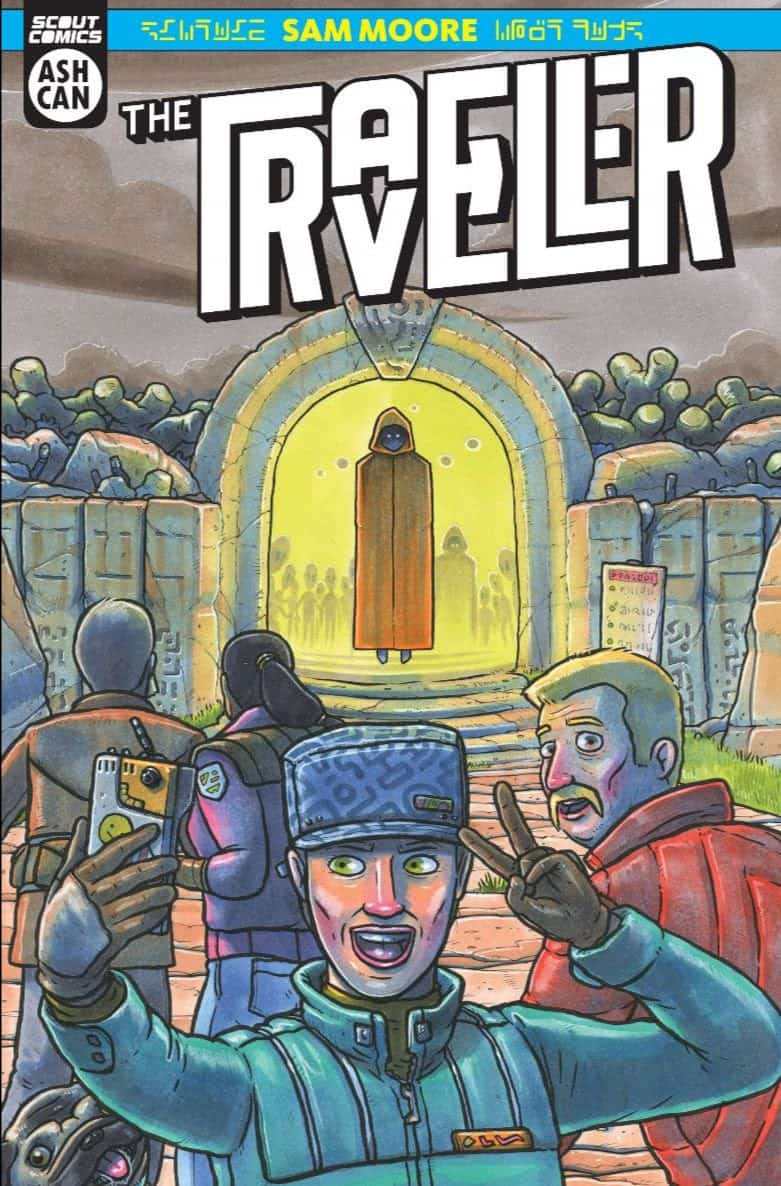 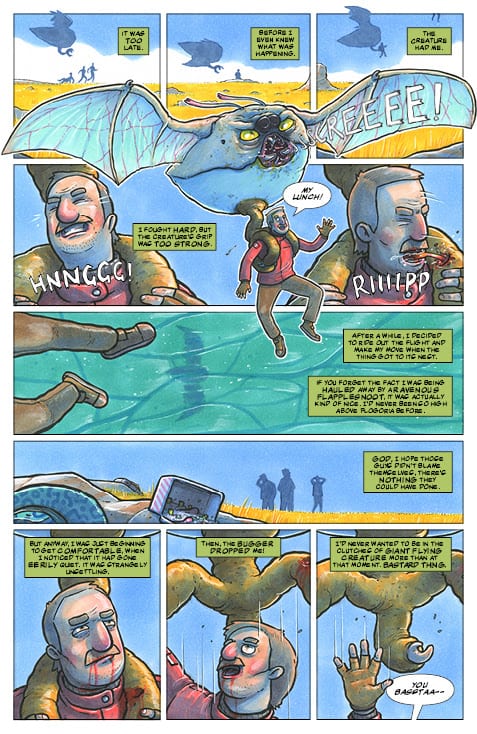 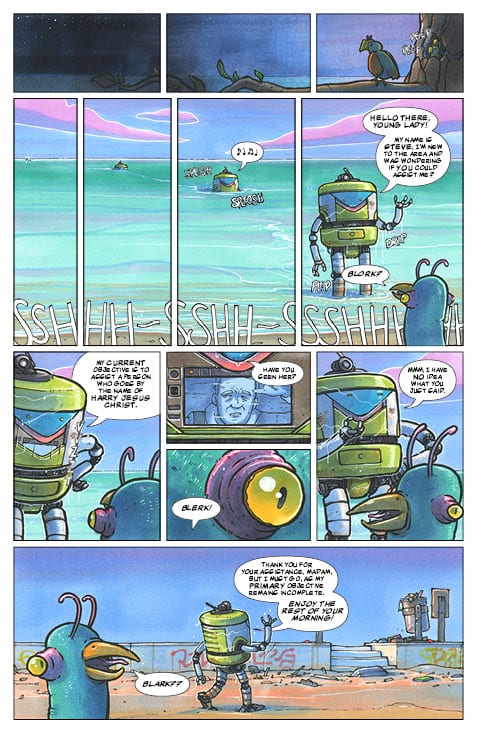 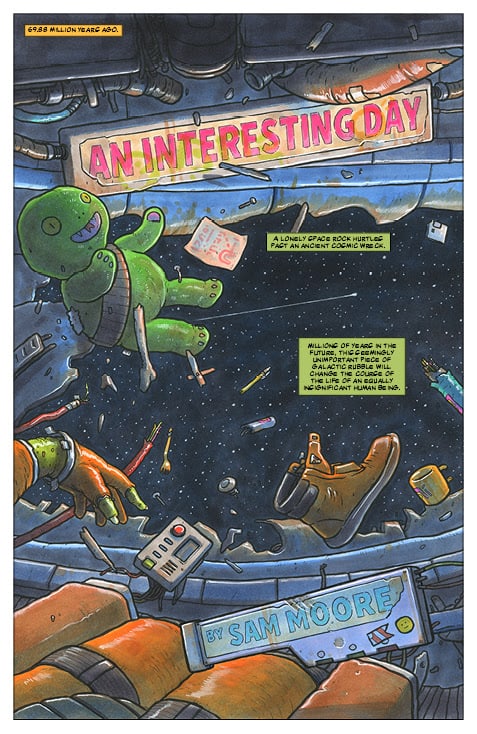 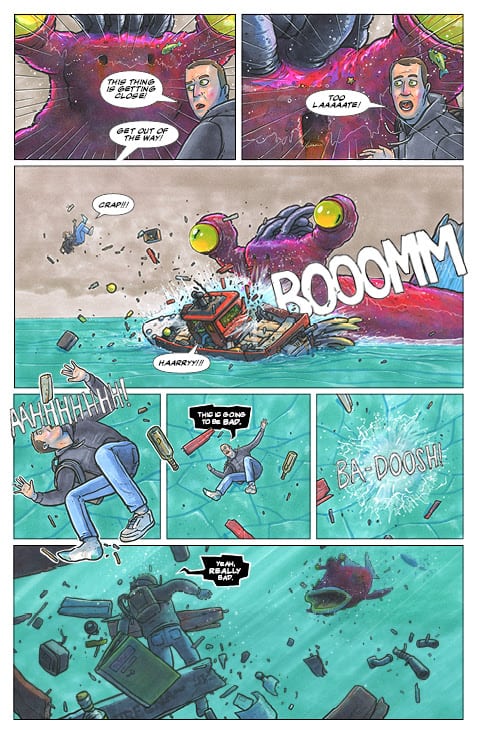 NEWS WATCH: Welcome To The World Of Flogoria! THE TRAVELER Is Coming Soon From Scout Comics!