NEWS WATCH: Who Will be IMAGE/SKYBOUND’S LASTMAN Standing?

Image/Skybound announced that the critically acclaimed French fight comic Lastman will be published beginning in Fall 2022. These editions will collect the action-packed series by Balak, Michaël Sanlaville and Bastien Vivès as a complete set in English for the first time, and will feature all-new translations remastered as the creators originally intended. The books will also include backmatter featuring additional series art and true to the original French editions, full-color pages at the start of each volume. Lastman Book One, containing volumes 1 + 2 of the original French series and a new foreword by Robert Kirkman, is set to launch in November 2022.

“Lastman is a revelation of immense creativity, thrilling as a fan and humbling as a creator. Balak, Sanlaville, and Vivès have combined to create an evolving story, each volume advancing the story in an entertaining and engaging way, while also being completely different than the volume before. It’s a masterclass in tone, originality, and world-building. It’s a series I’m absolutely obsessed with, and I’m sorry this quote seems dry and hyperbolic. I don’t mean for it to, I’m trying to be sincere. This is me, Robert Kirkman, trying to sincerely urge anyone reading this to buckle down and get ready for awesome when this book is finally available to you. I don’t like writing quotes like this. It’s not fun. I don’t know if they work. Are you reading this, still on the fence, waiting for these words to sway you into trying this amazing series? A mere glance at the art isn’t enough? Really? Okay. So I’m here, trying to help you. Because whether you know it or not, you need this book in your life. You just do. I don’t know you. I don’t know anything about your life. But I know that. You need to read this book. Everyone does. The world is a better place because this book is a part of it. Don’t you want to be a part of this world? It’s been a rough few years for everyone. Treat yourself. You deserve it. You deserve Lastman. Get it.”

Adrian Velba has trained all year to fight in the Valley of Kings’ legendary tournament. However, despite his ambition, he has no chance of winning. Not only is his partner unable to compete, but at 12 years old, Adrian is the longest of longshots. That is, until a mysterious, powerful stranger enters town, offering to join forces with Adrian. But who is Richard Aldana? And why in a world of magic does he rely solely on his fists? 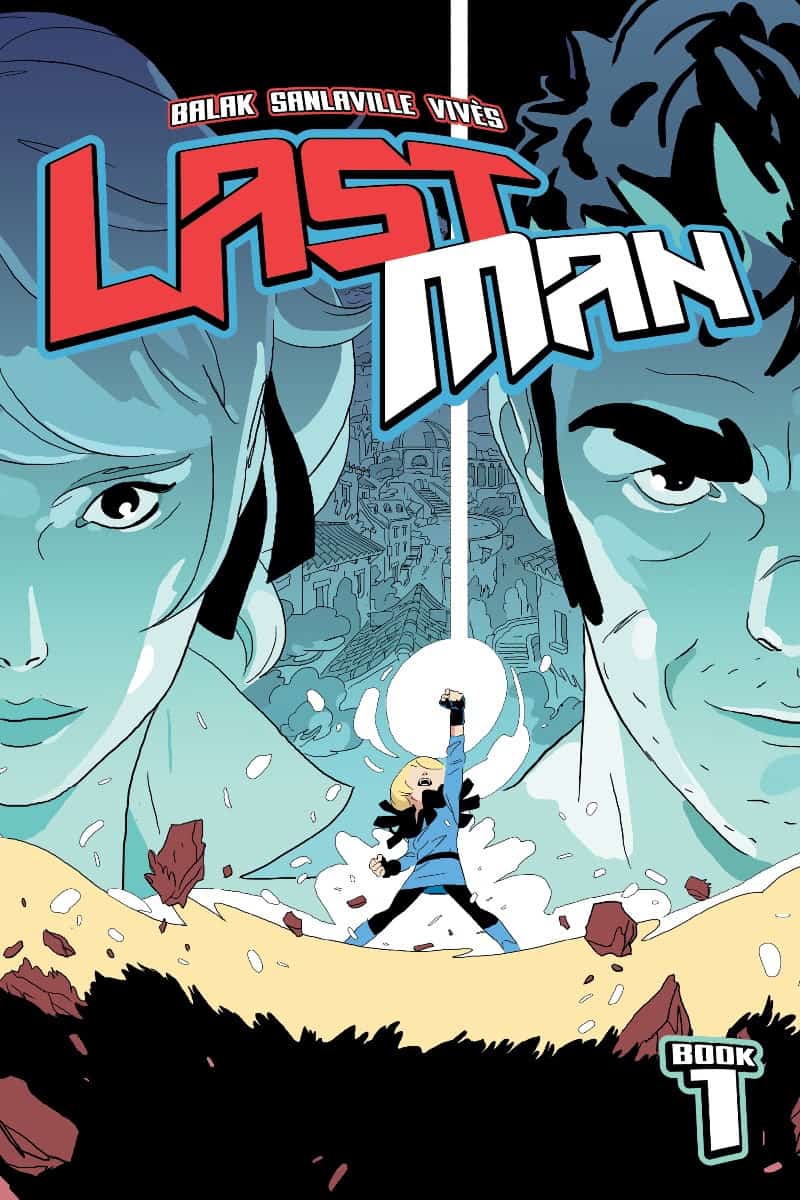 Lastman Book One will be available at comic book shops and digital platforms including Amazon Kindle, Apple Books, and Google Play on Wednesday, November 9, 2022, and everywhere books are sold on Tuesday, November 15, 2022.

NEWS WATCH: Who Will be IMAGE/SKYBOUND’S LASTMAN Standing?